With some 20 turns in its Grand Full course lay-out it offers two significant straights (“reminiscent of the famous La Sarthe in Le Mans, France” according to the website) and a fair amount of elevation change, the track is no “I’m-a-curvy-racetrack-in-the-middle-of-the-middle-of-America-where-most-racecars-go-left-only” joke. NCM Motorsports Park is the real deal. 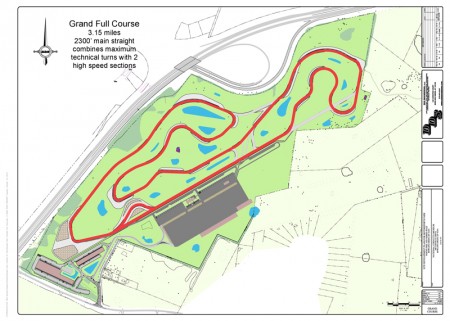 Unlike some U.S. tracks, this place is exhausting. The first couple times to the track you will find yourself weary from trying to learn the multiple-turn complexes. There are enough turns that it’s hard to have two consecutively ideal laps where you hit everything exactly as you had the previous pass. The kerbing (curbing? kcaulurbing? Nuerburgring?) is not the smooth American style like at Mid Ohio. Some of this stuff is so rough it literally led to engine mount failure in my car my first weekend there. 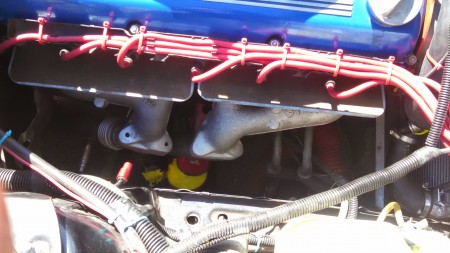 Like Liam Neeson, they will find you and try to kill you.

And, it’s location is one of its better selling points (except for when small town America finds trouble). Unlike many of the tracks around the Midwest and the South, NCM Motorsports Park is situated directly next to a major interstate and within 2 or 3 miles of just about anything imaginable: inexpensive gas stations, restaurants, many hotel choices, retail auto parts chains, big box stores… you even have a college campus to tool around in your      fancy “race” car when the track goes cold. Not to mention, the greatest filled-in sinkhole in the world, the National Corvette Museum, is right around the corner! 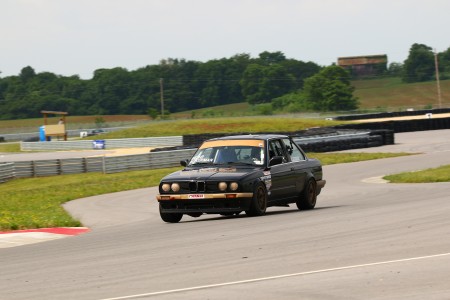 There are only three drawbacks I’ve noticed to-date:

1. Tire wear. The track is brand new, so yes, tire wear is going to be different than a seasoned track. What I didn’t expect is how much the tire chemically would change due to the newness and amount of sealant present. A brand new Hoosier will become harder than a hockey puck on Viagra in 3 or 4 sessions. They will show very little visible treadwear, but man do they become difficult to manage.

2. Drainage. On a recent visit we were met with quite a bit of rain, but no more than I’ve seen at other tracks of this caliber (like Road Atlanta or Mid Ohio, to name a few). This track puddles. No, this track “lakes.” I have never been in a car on a race track that has nearly stalled due to driving through a puddle in a turn. Until I went to NCM Motorsports Park on a rainy day in May, that is. Fortunately, the track drains very quickly, but with the caveat that the drains can be quickly overwhelmed. 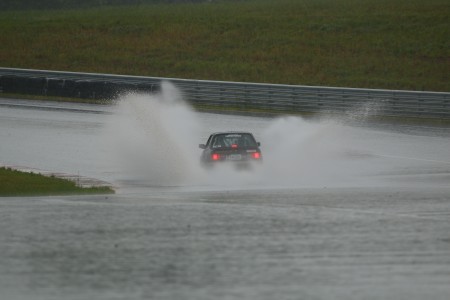 3. Width. For driving schools and Solo racers, this track has plenty of width everywhere. I must admit, though, I have angst about racing here. The track narrows in several high-speed / high-risk spots, which have very little run-off space and daunting barriers. One such place is the run-up to the corner aptly nicknamed “Faux Rouge” (for it’s ability to eat cars like the turn at Spa-Francorchamps for which it takes its nickname). Here you are coming from questionably the fastest part of the track into a narrowing, uphill, right-hander that has a camber change from on-camber to off-camber at or before the apex. I had to remove my “Ain’t Skeered” sticker from the car after the first time I went through it.

Over the next couple of years the track will continue to expand to include everything from the massive skid pad for auto-crossing, etc. that currently exists to first class facilities and nice garages for rent.

So, yes, I think it’s a damn good track. I’d put it on par with a Mid Ohio or Barber Motorsports Park any day. Is it a great track? Will it become the stuff of legends like Road America or Laguna Seca? I have my doubts. Mainly, because it’s built to be a driver’s track and not a spectator’s track. As such, there will be few, if any, major races there, which is okay.

So, if you are getting bored with your local track and want to experience something different and awesome, I highly recommend checking out the calendar of events and heading to Bowling Green.