Normally when someone leaves a company, you wish them luck on their future endeavors. Sometimes a person leaves in such a manner you have no choice, but to write an article like this one. In case you missed the headline: we’re talking about the departure of Josh Tons from Build Race Party.

It is kind of funny (and sad) because BRP is a volunteer organization. There are no paid employees. A friend and I built it to provide a home for all of us that build cars, race cars, and love partying around cars (races,etc). Anyone is welcome to share their story or promote their friends; however, sometimes a person becomes so toxic to an organization that the only choice is to have them leave.

First off, I owe you an apology if you received a weird message like this from Josh in the past 48 hours. Apparently he’s been contacting quite a few of you with angry messages like this one. 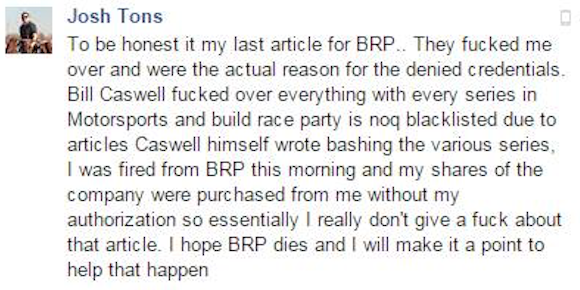 To be clear, Josh never owned a part of Build Race Party, there are no shares, and we are not blacklisted at races. He approached us as a photographer wanting a venue to post his photos and in-return he hoped to receive media credentials in exchange for his posts. Later he asked to edit the site and as we didn’t have an editor because we run the site as a team (as mentioned above), we obliged.

There was also the issue of Josh selling Build Race Party merchandise on his own when we already have a BRP store online. Some people call it stealing, other say it’s unethical, I think it’s just wrong. 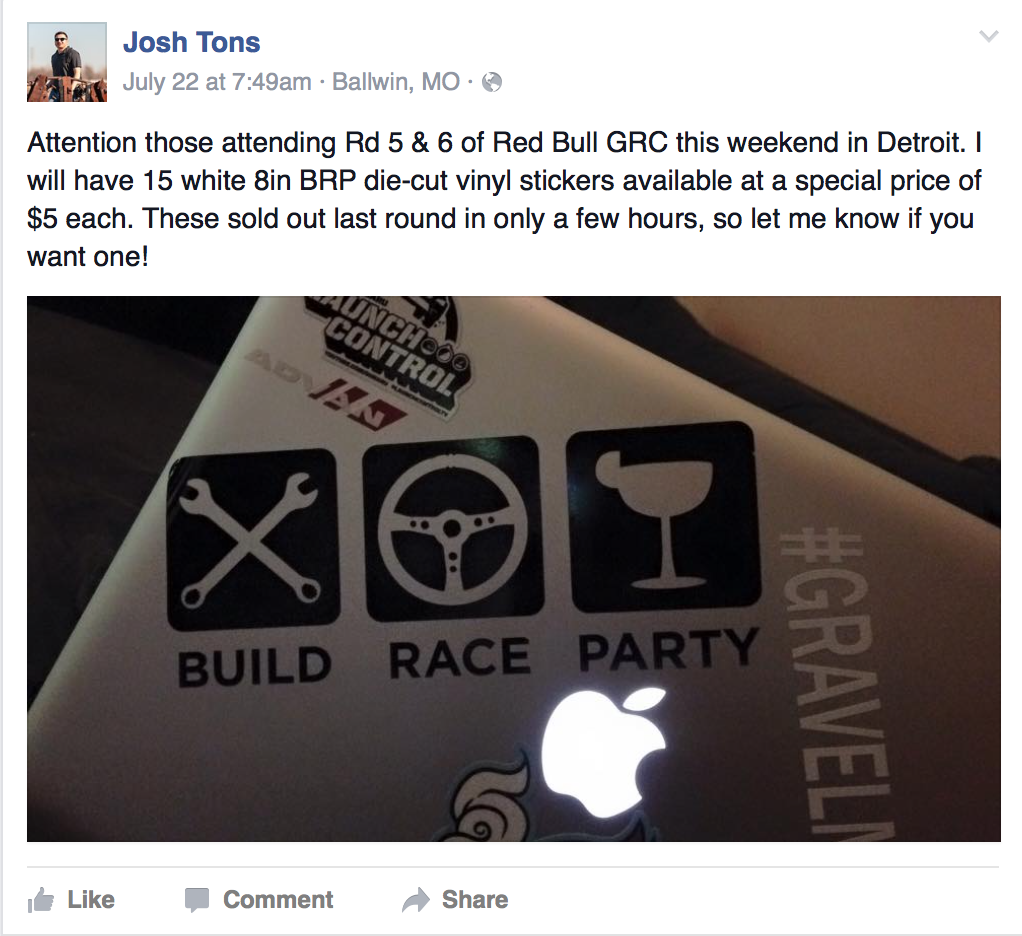 As we have been looking at the strategic point of our merchandise, we purposely have not made it the center of our focus. It was outside the scope of his job, but he insisted that it be the core of what we do. We disagreed and after he took a very negative approach to our decision, he quit.

As for Josh wishing that “BRP dies and he will make a point to see that happen,” Josh went and deleted all his work from the site without authorization. And we’re not the only people he’s angry with – this was his final post on BRP for example.

So while it’s tough to write a post like this about a fellow motorsport enthusiast, sometimes it’s necessary to explain exactly what happened so others aren’t misled by bad information. The good news is that sometimes breaking up is not hard to do… 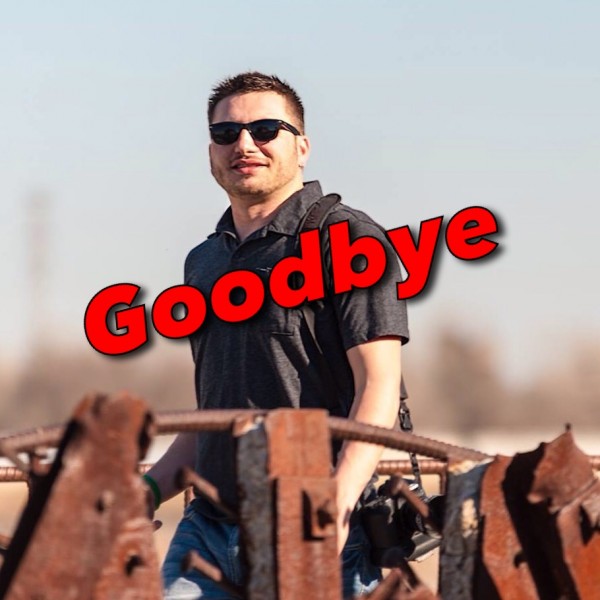