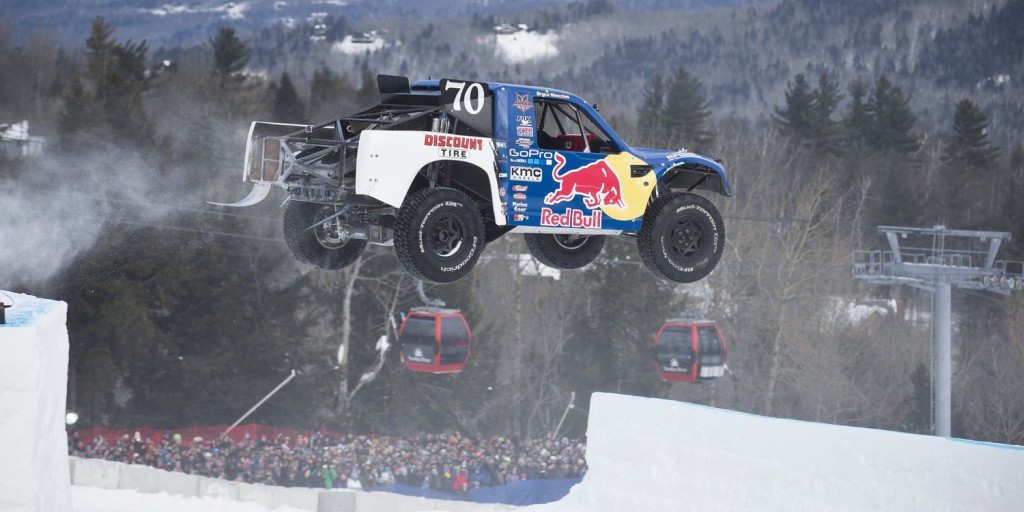 In less than a  month, Frozen Rush returns to Sunday River Ski Resort. 900 horsepower engines, off-road trucks, spiked tires, gap jumps and super banked turns! All live on Red Bull Tv over the internet. We hear it’s amazing in person with the roar of the V8’s tearing up the ski slope, but a live feed is pretty cool too! Mostly because it’s a Red Bull deal with Mad Media and NBC Sports so you know it will be well produced.

The Frozen Rush webcast goes live at 12:30 pm ET on Friday, January 9, 2015. Just use the following link to get to the Red Bull TV player: RedBull.com/frozenrush. If you’re like us then you have you’re tv connected to the internet then you’re in for a good show because the programming is also available as a pre-installed channel on Samsung Smart TVs and Apple TV, (and as a free, downloadable app on Roku, Xbox 360, Amazon Fire TV and Nexus Player devices).  And if you’re not digital but are somehow reading this, a full length broadcast of Red Bull Frozen Rush airs Sunday, March 1 at 2:00 pm ET on NBC.

Want to get  a better feel for the course and how this race works? Check out this animated tour of the event. Then mark your calendar for January 9th so dont miss Red Bull Frozen Rush