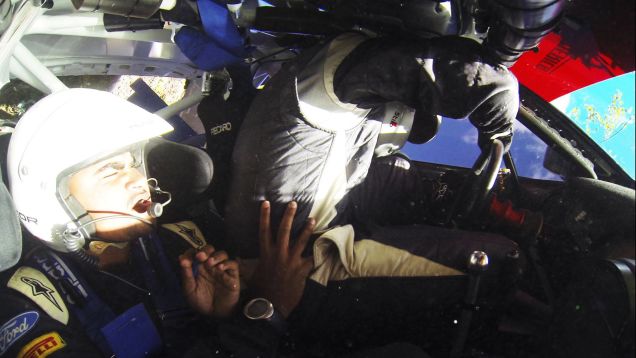 Manager: “Hey Alex. You alright? [In the British sense of saying “How are you?”] How was your holiday? Belgium right? Did you have a race?”

Me: “Yeah. It was a really nice event in Ypres. Really pretty town; really good beers too.”

Manager: “Ah right. That’s a WWI historic site isn’t it? I think I went there for a school trip when I was younger.”

Me: “Yep – yes it is. Saw a fair few of those school trips there as well for the 100 year anniversary.”

Manager: “Ah right. Did the race go well for you then?”

Me: “I mean – we got through it. Had a little roll on the first day but managed to keep going and score a couple points at least.”

Me: “Yeah, of course I’m ok. It was a really soft roll…the safety equipment is good. A bit stressful getting through the rest of it though. Cars just don’t seem to like getting tipped over.”

Manager: “I’m surprised you would just..turn up to work right after that.”

Me: “Yeah – well, after that kind of week, it’s kind of nice coming back to a place where it’s quiet, nobody is yelling, and your desk can’t flip over and catch fire.”

Colleague: “Hey Al – I’m making pot of tea. Would you fancy any?” 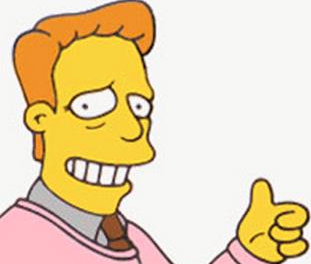 Hi, I’m Alex Kihurani, you might remember me from such films as Easier Said Than Done, or articles such as I Have A Smelly Driver, Moving to Europe Purely for Rally, and Hey, Robb Holland, We Thought of It First. Really, I’m simply one of the biggest rally fans you’ll ever meet over the span of, literally, a lifetime. As such, I’ve always had to find a way to integrate the greatest motorsport into my livelihood, whether it was making my website count as a middle school project so that I could go out watching events, dropping college classes and rearranging my major to go rally on the opposite end of the country, selling everything and moving to Europe as an adult, or like many of you, blowing all  for my vacation time rallying then turning up to work the next day no matter what..because one day vacation day spent in bed is one day you could be racing.

After relocating to the UK last October to try to continue building my co-driving skills, I received the opportunity of a lifetime to step up from running various national championships to compete in the European Rally Championship (ERC) as, demonstrated above, a total amateur to the strictest definition of the term. This is my story of trying to do just that, my first three events covering 90 days of life, rallying, and chaos from Ireland, the Azores, and Belgium all alongside my 21 year old driver, Alex Parpottas. 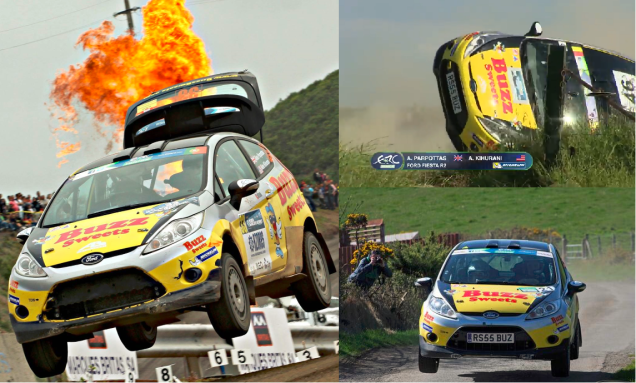 I’ve struggled writing this article…a lot. I’ve written it, scrapped it, rewrote it again, just to scrap it all again and try once more. When I think back on it, what I’ve seen and experienced in the past three months has been completely unreal; traveling at speeds I never before believed possible, engrossing myself far, far into the depths of the enigma of rally driving and pace notes that I only vaguely knew existed, and seeing short glimpses of myself on TV broadcasts that I’ve always watched religiously. I try to remind myself that it’s been 30 years since an American last contested the European Rally Championship, yet for me, the experience, my life here in general, has felt so overwhelmingly normal that it’s difficult for me to convey. Maybe it’s the casualness in which people approach all the really cool things that are going on every day here in London, or maybe it’s turning up to every rally where each driver is ridiculously talented and quick, each co-driver brilliant and pragmatic, yet there’s virtually nothing separating the talent of anyone; we all feel more or less the same. My life is more or less the same as well other than funny accents and breakfast tea. I still am just winging it; just trying things and seeing if they work. When it works, it’s brilliant. When it doesn’t work, I find myself back in the office of my day job on Monday morning with everything back to normal like I had some wild dream, and I awake to find everything the same as I left it the day before.

In that sense, my first European Championship event, the classic Circuit of Ireland, was an absolute dream come true. It felt like I was almost home again running Rally New York with the indiscernible Irish mumblings filling the background noise only broken up by the occasional “FOCKING KEEP ER LIT LADS!” To be fair, half the entry list from Rally NY (or at least their uncle or cousin three times removed) was hanging around in some form or another throughout the weekend, given that this is the biggest rally in all of Ireland. The Irish rally guys still back in the US made it clear that they had their eyes on me, as chilling photos from unknown camera phones began making their way around the Irish community and filtering into my inbox, like this one sent to me from US rally photographer Chris Meegan mid-event. 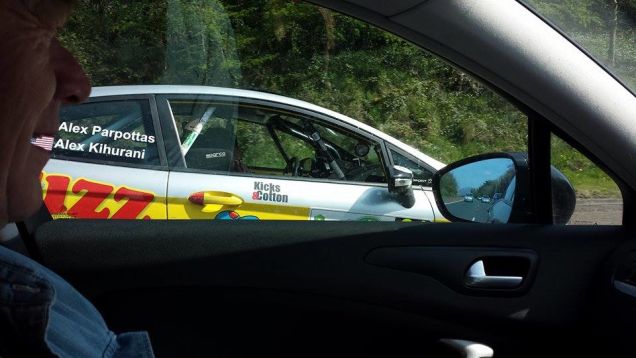 On to the rally then! While we may have been seeded next to last, and may have backed up that seeding by going slowest on the first stage of the rally (as the Eurosport commentators were all too eager to point out in the video below), we quickly got our thumbs out of our asses and found a pace that was competitive

What is that pace? Bonkers..absolutely bonkers. When you feel you’re on the verge of disaster, only then are you finally competitive; only then are you putting yourself in a position to set a top 3 time, or win a stage, which we had the pleasure of doing as well. However, it’s really, ​ really tough to do. Throughout the first day we took jumps flat that we clearly shouldn’t have, hit a telegraph pole and came inches from going backwards into another, and gave the car such a pounding it couldn’t stand up straight anymore. It was so ratchet even the white British kids that make up the team fully understood the definition of the term, and by the end of it, could confidently use it in a sentence. 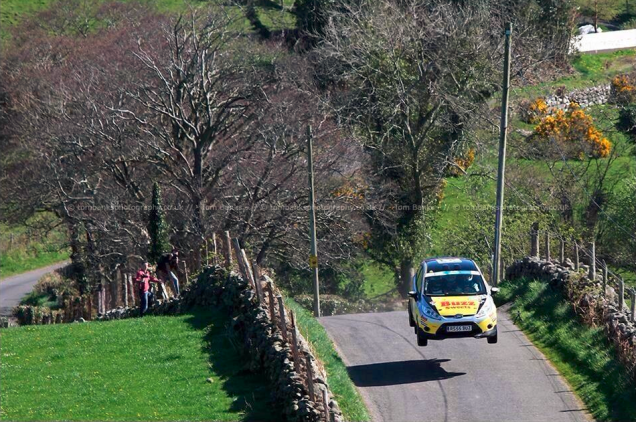 Watch the broadcast from Juniors on the final day (below). Look closely at the interviews and analyze the facial expressions under the awkward smiles. Notice that Alex couldn’t be bothered with shaving (TV cameras? What? Surely they’re not there for us..)

The stress is severe, which is not helped by seeing your closest  competitors roll into houses or go kartwheeling across hedges while flat in 5th gear. You know you’re not doing anything much differently than them, but you’re locked into a pace in which you just can’t be too sensible; else you might as well just go home. You just hope you’re one  of the lucky/talented ones that can hold it all together because you have to make your name here, else you can kiss those world rally champion dreams goodbye.​

Regardless, what an experience for us to literally come out of nowhere and compete at that pace consistently over 240km, to be truly in the mix the whole way through, with every stage decided by a few tenths of a second. We managed a fairly decent gap toward the end of the rally between ourselves in 2nd place and the others trying to catch us, but we still had to push. We sacrificed some speed on the first pass through all the stages on the final day to make sure our notes were as perfect as they could be on the final pass if something happened, in which case we would give a big push at the end to make up time. Below is what we’d refer to as “sacrificing some pace”. All those hand signals and small chatter between us in the video below are, in fact, changes being made.

Fortunately, we could cool down the pace ever so slightly as our challenges faded going into the final stage. We headed back to the finish podium in Belfast as two extremely relieved, happy Alex’s. As the champagne fight commenced on the grounds where the Titanic was built, my thoughts drifted toward memories of just how shit I am at spraying champagne. I mean seriously, how could someone be so bad at this? It’s not like it’s my first time doing it, but yet again, the fight was over by the time manage to pop the fucking cork. No amount of practice can save me, but at least, this meant I got to relish more of the sweet taste of cheap champagne I’ve come to associate with a job well done.

At this point after the Circuit of Ireland, Alex and I had basically just turned up to all of our events together with little to no practice and just enough preparation to make it to the start line, yet we would take home a trophy every time. 3rd at the last round of the British Rally Championship in 2013 (our first rally together after I moved from America two weeks before), 1st two wheel drive car and 7th overall at Grizedale Stages, 1st in the national Junior Rally at West Cork in Ireland, and now, 2nd in the Juniors and a top 10 finish at our first European Championship event, the Circuit of Ireland; the first event where we participated in shakedown. That was all of our events together.  That’s just how we rallied. Turn up, kill it, go home; no problem. 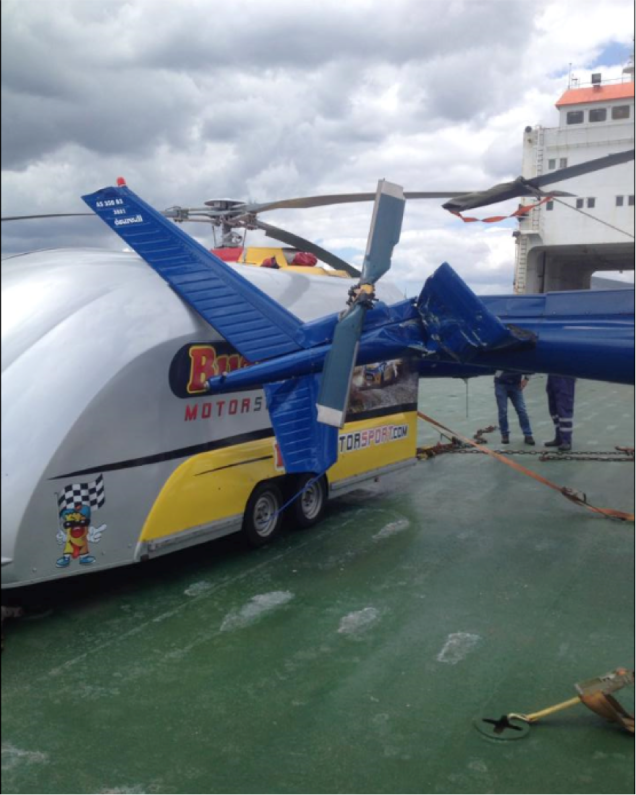 Stay tuned for part two (I promise it won’t take months for me to write it) where we try to ship all of our stuff to a volcano in the middle of the Atlantic ocean to go rallying.  What could possibly go wrong?!