Continuing the journey of automotive shenanigans from the article here, the second car I ever bought was going to be my venture into building a project car. However, I only had 500 dollars.

I would like to point out that cars in Northeast Ohio suffer from rust.  And because the only car brand I have known until this point was Volkswagen, my scope was kinda limited. I mostly blame long hours spent on VW Vortex when forums were still kind of a new thing. This was also 2004, when basically no one owned a digital camera, so I got pictures of this car the old fashioned way, in the mail.

After poking around the forum and paper ads, I found a 1985 Scirocco in Philadelphia. Philly, as it turns out, its about 428 miles from where I was living in Ohio. In my head that didn’t sound too far. Evidently I had a pretty poor sense of time and space in my youth, because I was confident that I could get to Philly, pick up this rolling dumpster, and drive back in a day without any concerns for weather or probable failures. I was an optimist. 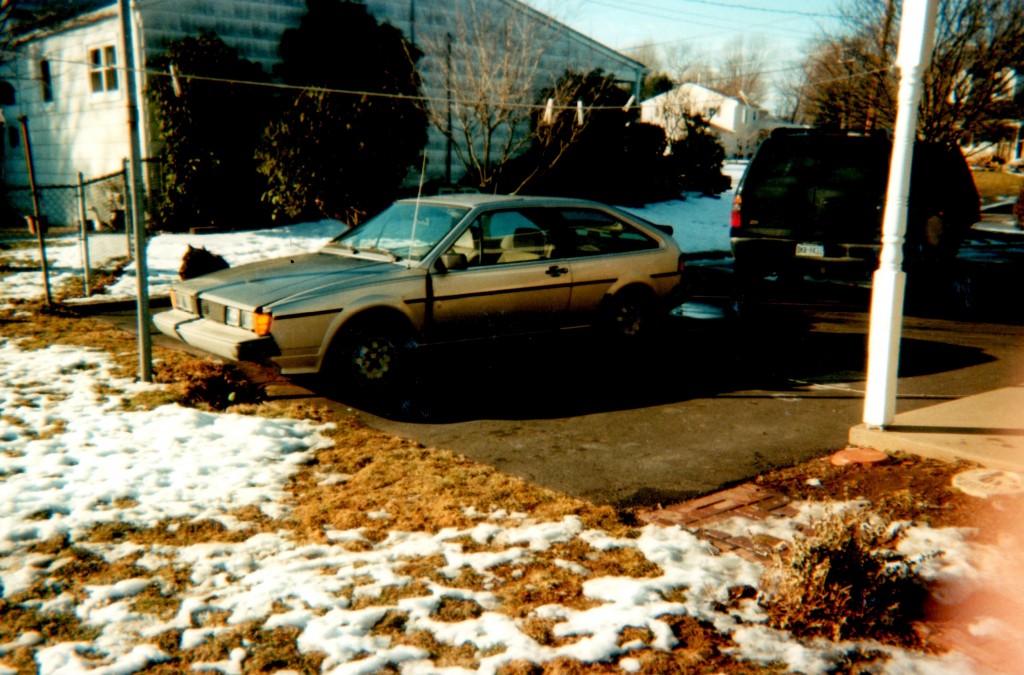 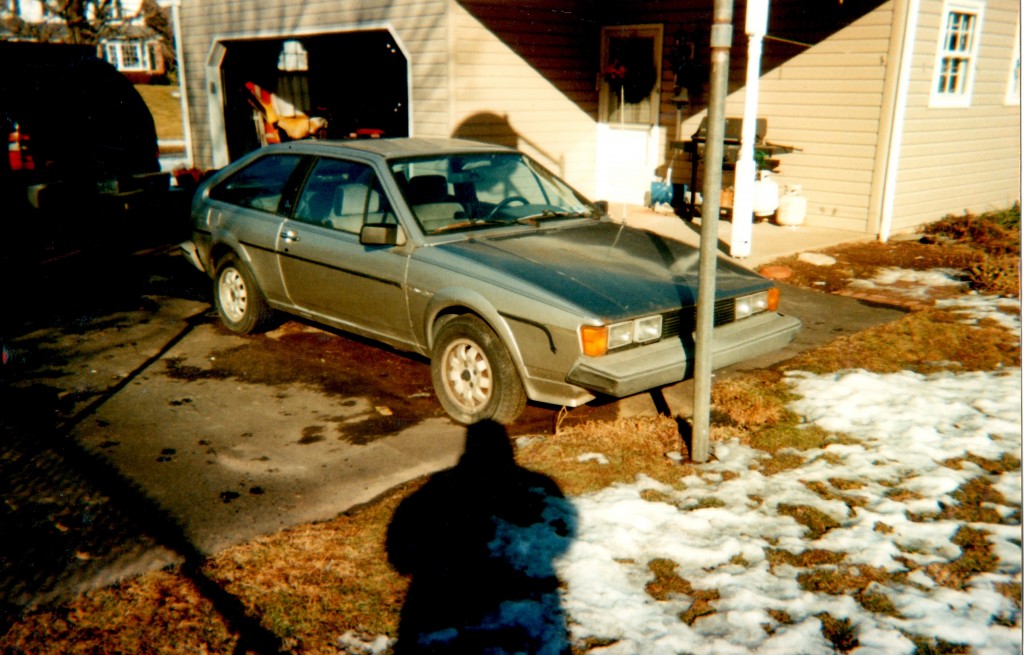 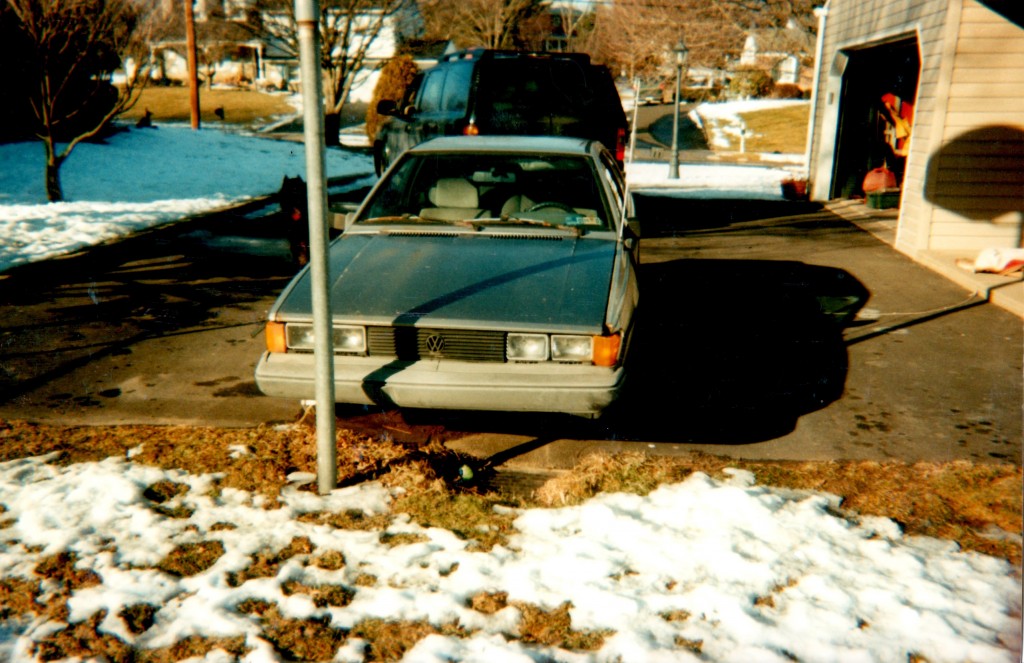 Better still I had no plan to actually get to Philly to get this car. My parents were by no means car folk, so I hadn’t told them about this less-than-wise purchase. Being 17, I had limited options to get this thing back. My friend at the time and I discussed options to get it. I’m fuzzy on the details, but the short story is his father decided we, mostly I, were idiots and to intervene to get this disaster over with. Better still, I was underfunded for fuel for the trip and he had to spot me.

We left early, and before long we entered the endless road of I-80. The way there was pretty uneventful. Honestly, this trip was probably the greatest success story of anyone to own an Aerostar or whatever that thing was. Driving through PA is actually pretty relaxing. The rolling hills were green since its was spring. Weather was great until Eastern PA, when the clouds started to make their appearance, darkening an otherwise blue sky. By Philly it was starting to rain a little. We met with the owner and I we got to see the car for the first time.

Analogy time. You know the internet has taught us that photographs of people can make them look way better in the images than they do in real life? Well the same goes for cars. It was… moldier than I recalled. Not to mention silver paint can look pretty good when underexposed. Better still, it was loud, the radio didn’t work, and the interior smelled the smelly smell of 1980’s Germany. Like David Hasselhoff and Soviet repression. Only damp.

So we had the car. Great! The drizzle of rain begins to pick up and it becomes obvious that the wiper blades have petrified from years of being outside. A quick stop at whatever auto parts store for some wipers and we left Philly. My friend and I were delegated to driving the van, while his father drove the Scirocco since he had his insurance company insure it for the day. (My family was under some umbrella thing that I was too young to have any idea how worked). The return trip seemed to go well too. It had stopped raining and the sun was back out. I was actually kinda pleased with the cheap VW for not screwing us over.

Since this was more or less pre-cell phone times, we would occasionally look in the rear view mirror to make sure the the car was still there. Somewhere in Pennsylvania between Philly and Pittsburgh, my friend’s dad flashed the lights at us to pull over. Or we saw some dangling belt and pulled over. Frankly, I don’t remember, nor does it matter. Anyhow, we pulled over. We popped the hood and found that the alternator belt had deserted us. But since this car ran off electronically-controlled mechanical fuel injection, it didn’t seem to mind very much and just kept running. But, that whole time constraint thing came to bite us in the ass. It was getting dark.

Just to clarify, darkness means headlights. That additional 100 to 130 watts of power was going to be a problem. As it so happens, it was indeed a problem. The battery from the 90’s didn’t take long to discharge and the car just died. This part of 80 had long stretches between exits, and the exits that were there led to Amish country. You know who can’t help you with battery problems? The Amish.

We arrived at a K-Mart in the middle of nowhere. Not a Super K either. No, no. This was one of those original K-Marts where floors titles are missing and you find frozen food items abandoned in the shoe racks. So, we bought a set of jumper cables. We swapped batteries and jumped the van to continue driving. To make the battery last, the Scirocco drove close behind the van with only the parking lights on. Surprisingly, we had no encounters with Johnny Law. More surprisingly, the battery in the van carried the car all the way to Ohio. We got to my friend’s house, and turned the car off. After a few we decided to move it into a different spot. It was completely dead. Even the starter solenoid was silent.

In hindsight, this car was a waste of time and money. I wound up selling it to my friend for use as a winter beater car after mucking around with it very little. The car ran okay, more or less, but the fuel distributor was pissy after sitting for sometime and the car never ran quite right. I also didn’t like how my fist hit the dash when trying to shift to third. Not mention it just looked… depressing…with the wonky park bench bumper and horrible paint. At least it wasn’t rusty. I probably should have saved another couple hundred and at least have gotten a 16v! But it was my first time buying a car on my own. It was also my first time getting a project and it certainly wasn’t my last.