What do you get when you cross 8 friends, a Toyota Land Cruiser, a race in Mexico and a marsupial? A fun evening in Tijuana? A hallucinogenic dream brought on my a scorpion attack? Well, while you might end up with both of those, I can confirm you will get a serious group of amateur racers prepared to tackle the 2014 Baja 1000 next week. And, they go by the name Canguro Racing. 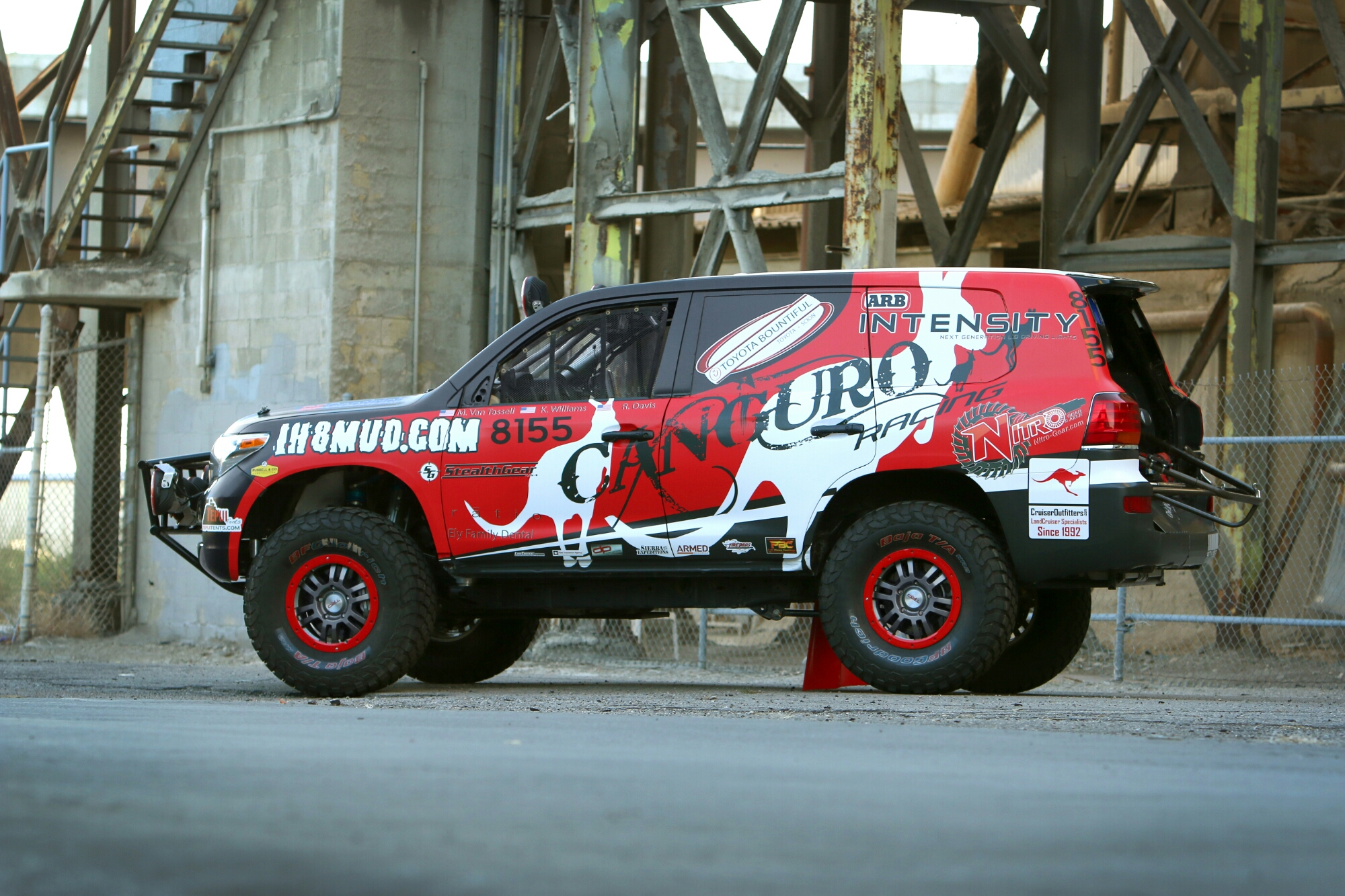 The team came together in 2013 based on a common love for Land Cruisers. Car owner Marc van Tassell and team Kurt Williams, Dave Connors, Darren Webster, Ryan Davis, and Dave Helm have been involved in expedition-style offroading for years and have remained friends throughout that time. They have been lucky and brave enough to traverse continents in their venerable Toyotas, while honing their skills in more mundane places like Moab and the Rubicon Trail. And, then they decided to go racing.

Once the seed was planted to go racing it only made sense to follow in the footsteps of idol Ivan Stewart and take a Toyota in the desert.  Having tortured Toyotas over thousands of back road miles, across dozens of countries, and dozens of trips to Moab and the Rubicon Trail it was obvious the first vehicle they would race would be a nice, little… Class 5 VW, dubbed (no pun intended) Mathilda. 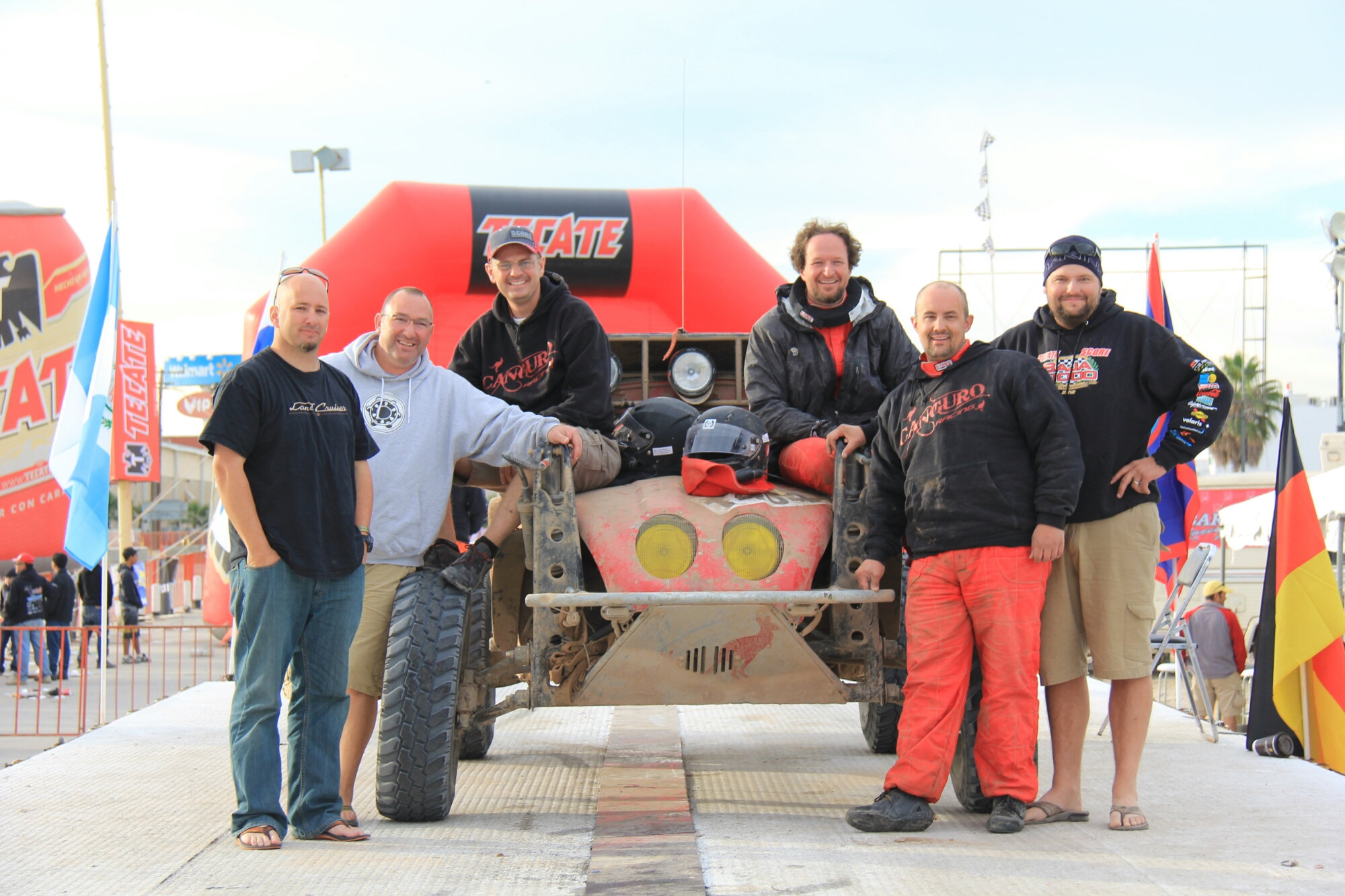 And Kurt Williams, Dave Connors, Darren Webster, Ryan Davis, and Dave Helmand would go “Waltzing Mathilda” across the Southwestern region of the United States and Mexico, finishing as high as 3rd overall in a local race. And, the boys took her to Baja for the first time. Despite a brutal course that took out nearly 60% of the racers in 2012 they managed to overcome electrical issues and a failed power steering pump to complete the 1,124 mile course in their first attempt. 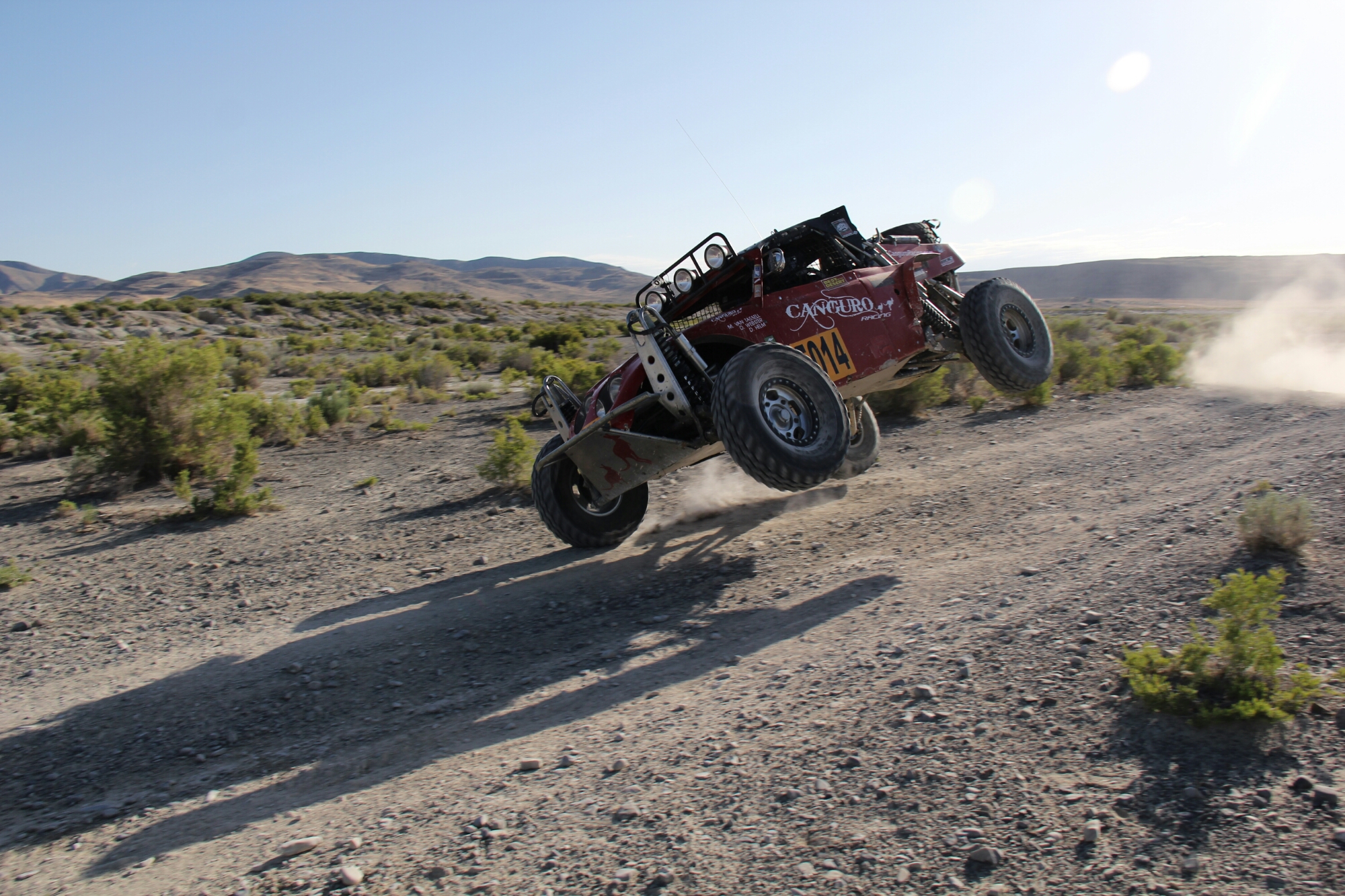 The team got together late in 2013 to discuss the future. It was time to do exactly what they always wanted to do: race a Toyota Land Cruiser. A fellow racer was selling his 2010 Geiser-built 200 Series Toyota race truck, the stars aligned and the team was soon headed to Phoenix to pick up Monica. 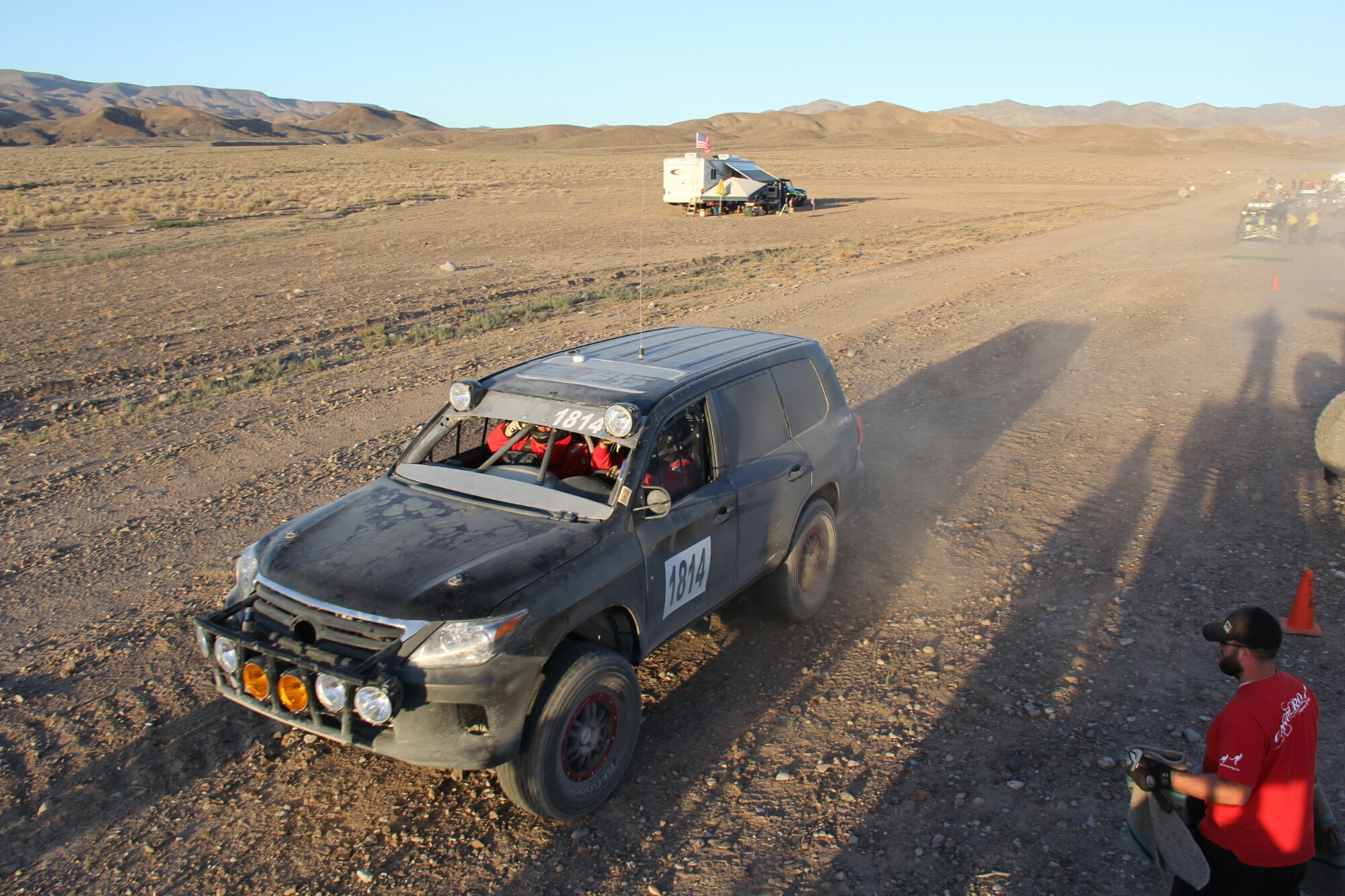 With a little prep they took her to the 2014 Vegas to Reno race. Despite mechanical issues caused by a rock destroying a lower shock bolt, an on-course repair allowed the team to manage a 3rd in class finish.  4 hours quicker than they had done the year before in Mathilda. 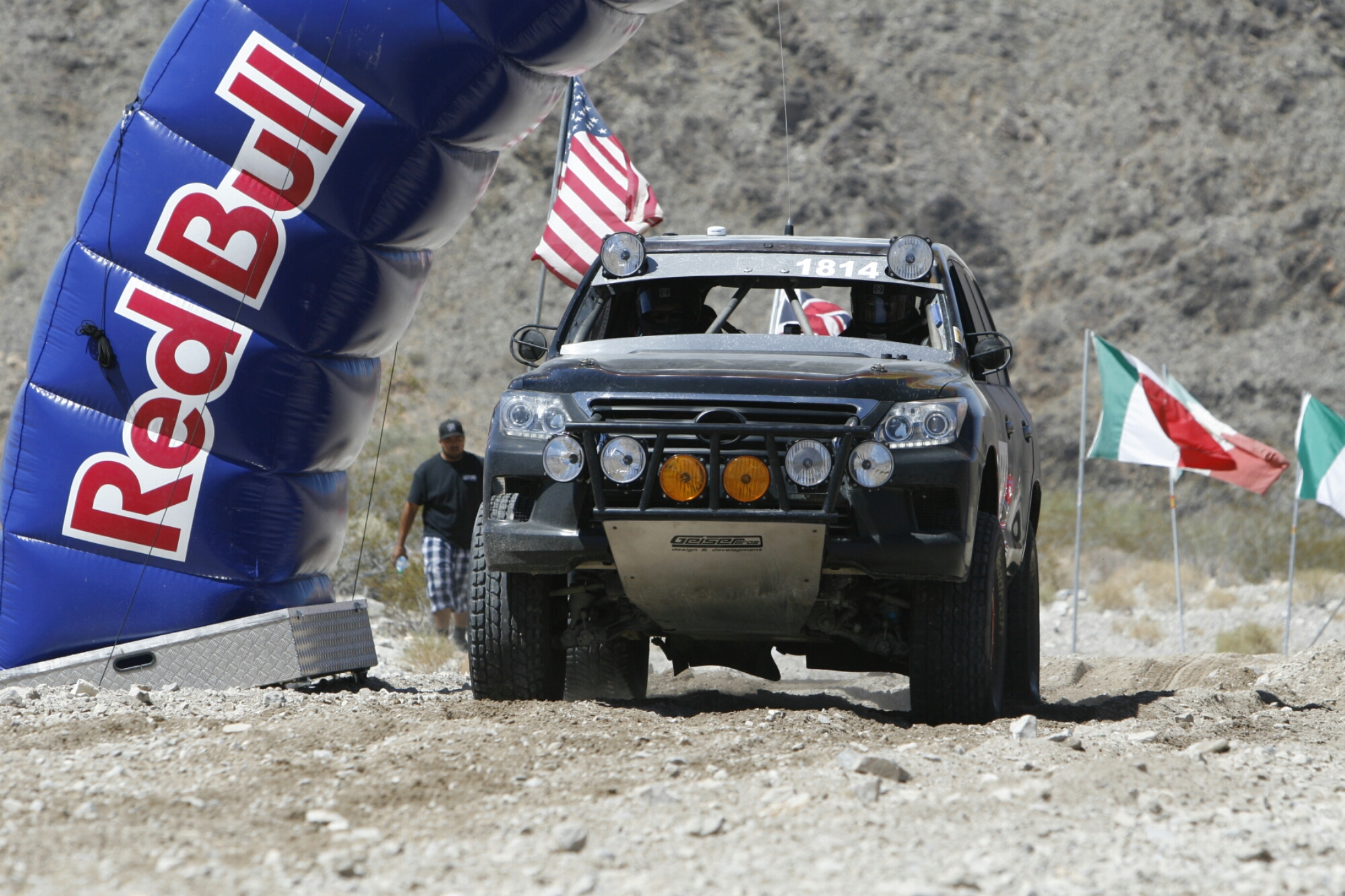 The team and, by extension, the chase crew has a diverse and varied skill set. Each brings something unique and valuable to the team. None of the team is getting paid to race so the approach they take is everyone takes part. Trust in teammates and the mantra of ‘get the car to the next guy’ is what they live by. 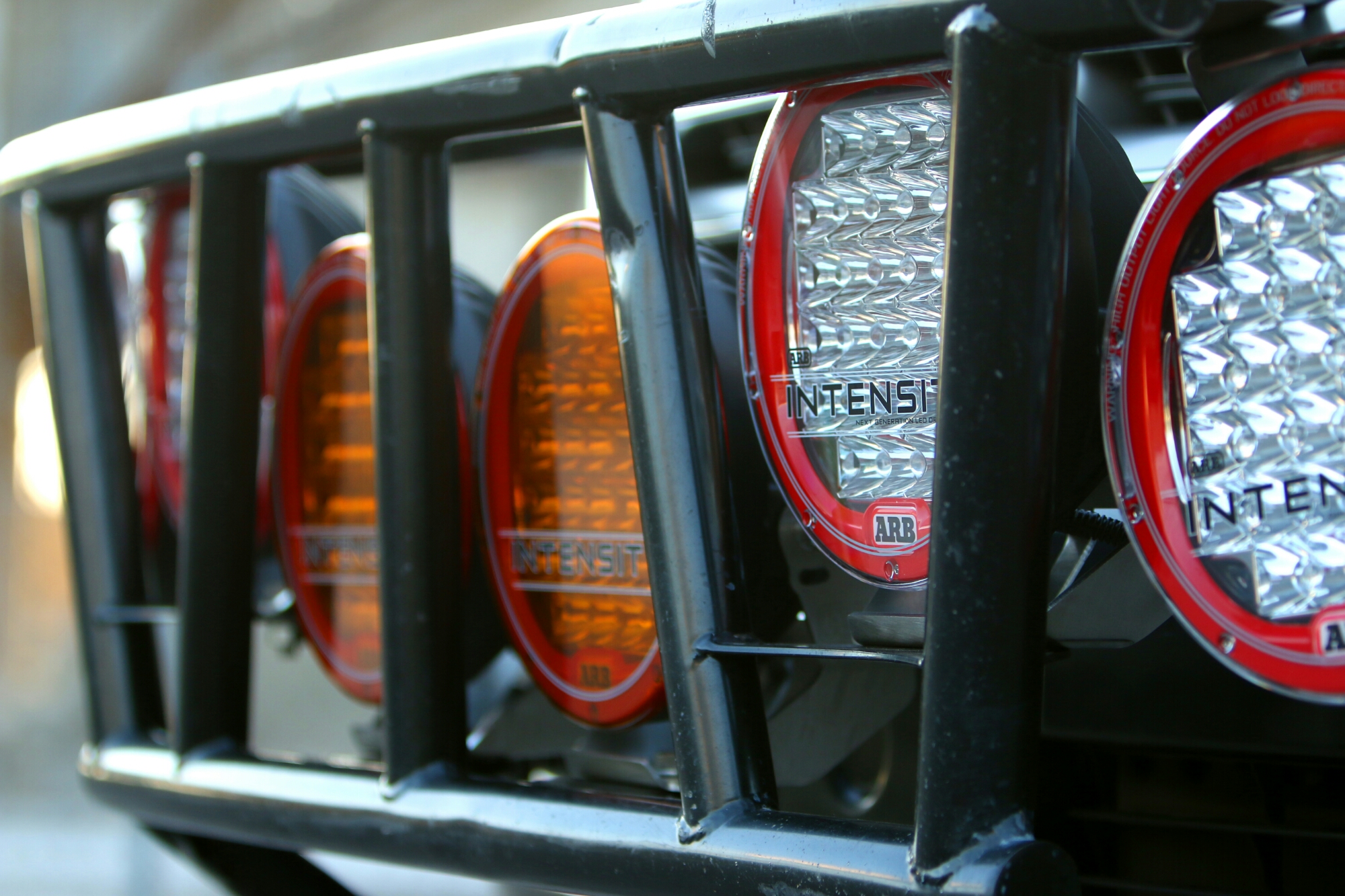 Wrenching on their own stuff over the years has paid off.  As has the knowledge gained from trekking into the back-country, unsupported, over the years. Reliability is more important than speed. Redundancy is worth the extra weight. Long nights in the shop means having absolute faith in their equipment. Which leads to the most important thing: a fun, relaxed race team.  They believe that racing should be fun. It should be a party. It should be about laughing and having a good time. 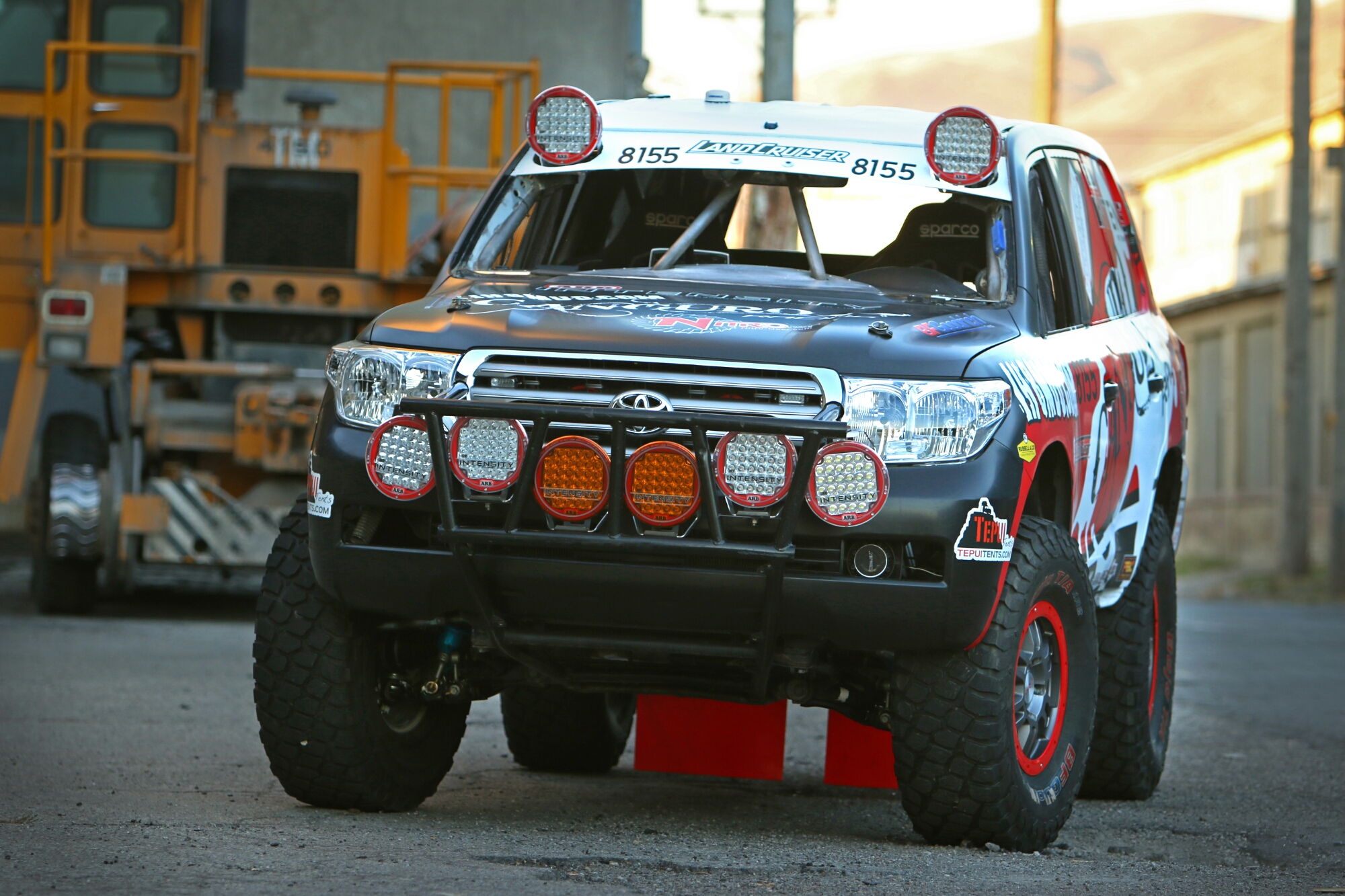 On November 13th they are heading to race in the Baja 1000 for the first time in their new truck. They are competing head to head with friends in a factory-backed Toyota TRD PRO Tundra.  They’ve put in the hours getting the truck dialed-in and have a good outlook to be able to finish on the podium. And, even if they don’t they’ll have a hell of a time doing it.