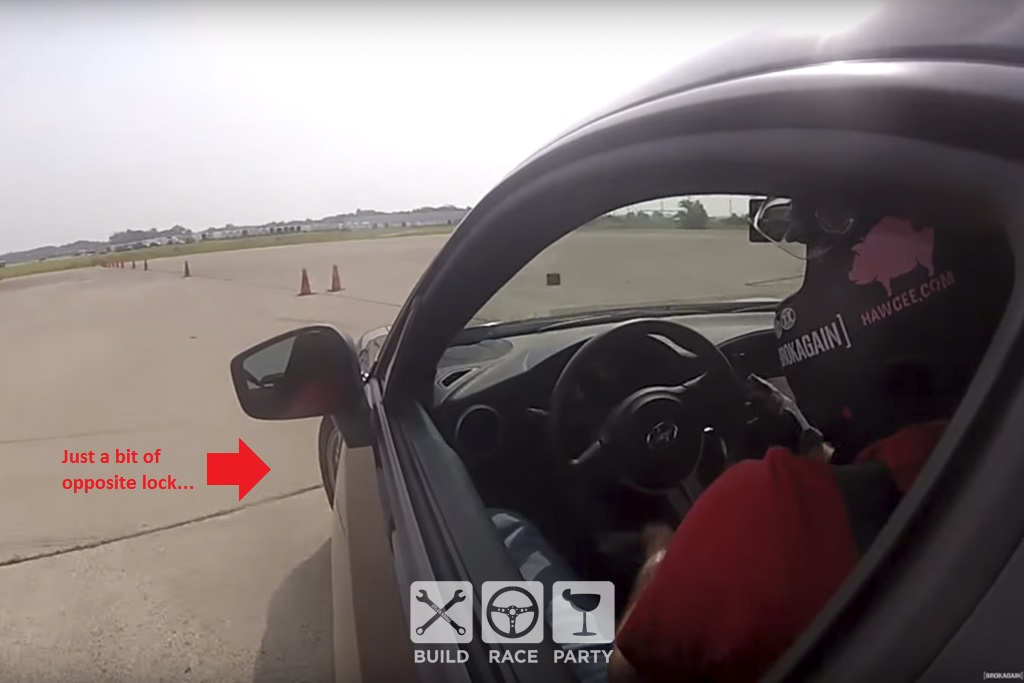 Still catching up here, but I left off with our event in Rantoul. We (the Tri-State Sports Car Council) were trying to make an effort to put the Tri back in Tri-State by not only visiting Wisconsin at the end of the year, but by taking a trip to Grissom Air Force Base in Bunker Hill Indiana mid-season. We made this a 2-day endeavor with the first day being a Test-n-Tune.

The Test-N-tune means you only have to do one worker assignment (chasing down cones) for an hour out of the day, and then the rest of the day is open for you and others to hot lap your cars to get them dialed in. Want to change a sway bar setting to see how it will impact your car’s handling? This is the place to do it. You can literally do laps basically back to back if the line is clear and really start to put ideas and theories into practice. At the end of the day my car had over 25 runs and was piloted by 4 drivers including myself. This was a great way for me to shakedown the new car some more and get a better feel and understanding for the new drivetrain.

It also was a great opportunity for a bunch of people to get some laps in a car they were thinking about buying themselves. PSA: If you are kind enough to lend your car to someone they will usually be more than willing to give you a drive later. So be sure to utilize this opportunity as you may need their help later. In the run below on Saturday you can see I had a pretty close call to the timing lights which would have almost certainly ended the weekend for everyone.

It can get rather frustrating not winning, and not doing well, but as the Antoine L’estage inspired sticker on the back of my car says “NEVER GIVE UP.” I knew going into this year that it wouldn’t be the best for me, but I still had so much fun I could almost care less about not being a top competitor. That being said, it’s never fun to lose / be losing. 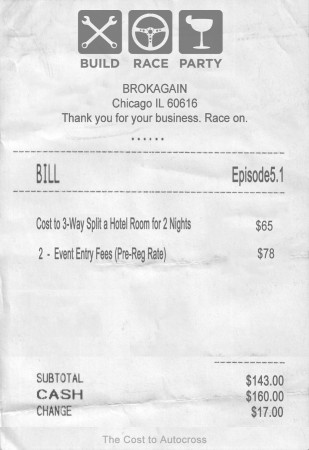 The following weekend Chicago Region SCCA made a return to Lake County Fairgrounds for their 5th event. Pretty much every event this year I have had a co-driver and I wanted that. I wanted someone in my car to help me see different lines, and hopefully shine some light on my poor driving habits so I can correct them. I have to say this event was my most fun with a co-driver mainly because of how close it was. This weekend I had a friend named Meghan driving my car, and she was determined to get me faster (and she did – Thank Meghan).

The videos for that weekend did not work out… I mean, I have them, but I didn’t feel they were worth editing/posting. I was still having audio issues and straight forgot to turn it on for a couple runs. I will say that running with a co-driver makes the event quite a bit more hectic as the time between runs is greatly reduced.

My 6th run of 7 was good enough for a 52.057 which got me a trophy for 3rd/8 in C-Street and 56th/110 in PAX. Pretty much exactly at mid-pack; my goal. The best part was Meghan and I were so focused we didn’t realize how tight our times were compared to one another and I ended up taking her .013 seconds. It was awesome! She was as excited about it as I was (at first) and it was nice to see my times steadily improving throughout the day. Cleaner/Faster with every run is one of my fellow racer’s keys to success.

“If you can be cleaner and faster with every run, you are doing it right.”
-CP 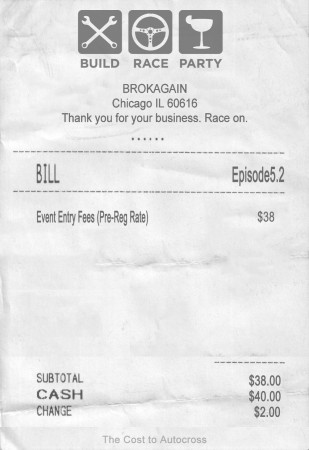