Never have we been so happy to see civilization.  Even it was just a city of semi trucks powered by diesel generators, it felt like safety.  We had now realized our radio is broken and wont work more than a mile out and its become obvious we are we underprepared for what lies ahead of us.  I bet we were the first team that pulled in, parked and jumped out just happy to have made it somewhere in this baja big we built in less than 14 days.  The car or buggy was actually doing pretty well, we just had no idea where the limits were.  Have you ever driven something like this?  I hadn’t.  I know that it got better and easier the faster we went but I was still concerned about having to turn to hard and snapping the steering rack.  Turns out I was right and 60 or so miles later it ripped off the car and we were basically out of the race.  I did put in a fresh rack that I had behind my seat but we were done at that point.  It was time to pack it in and find a motel in San Felipe for the night. 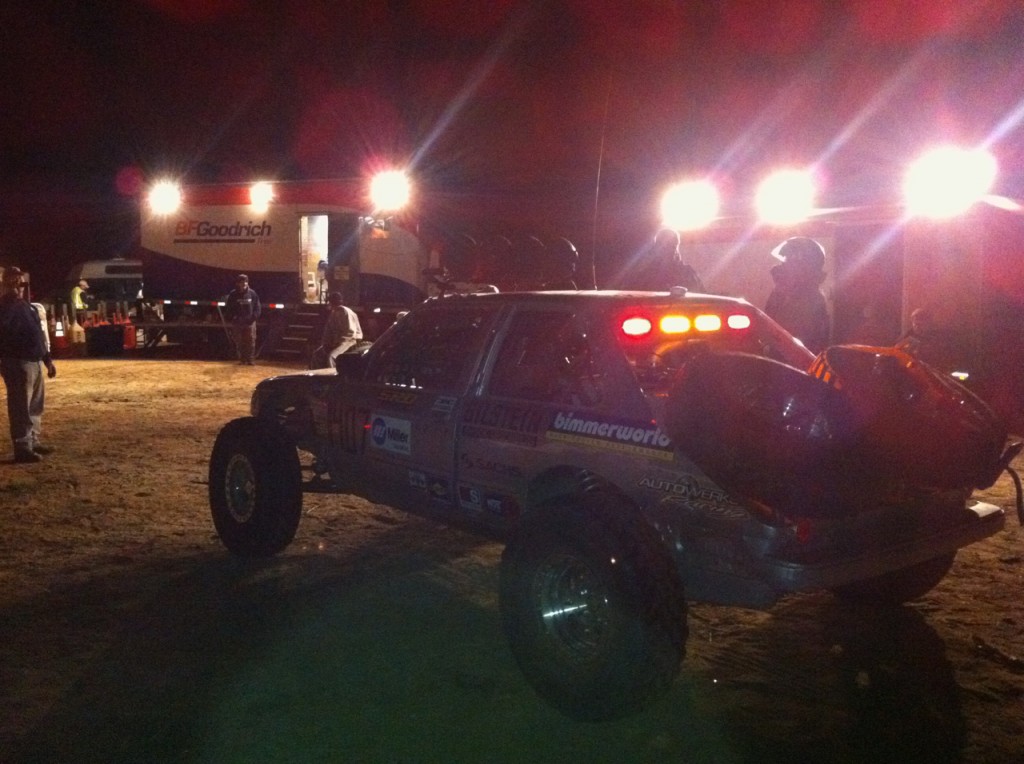