The Le Mans 24 Hours on June 14 and 15 is the season’s pinnacle event every year for Audi Sport Team Joest. It is the world’s major endurance race with the largest number of fans and twice the number of WEC points to be scored. Plus, the preparation for this event is more extensive than for any other race. 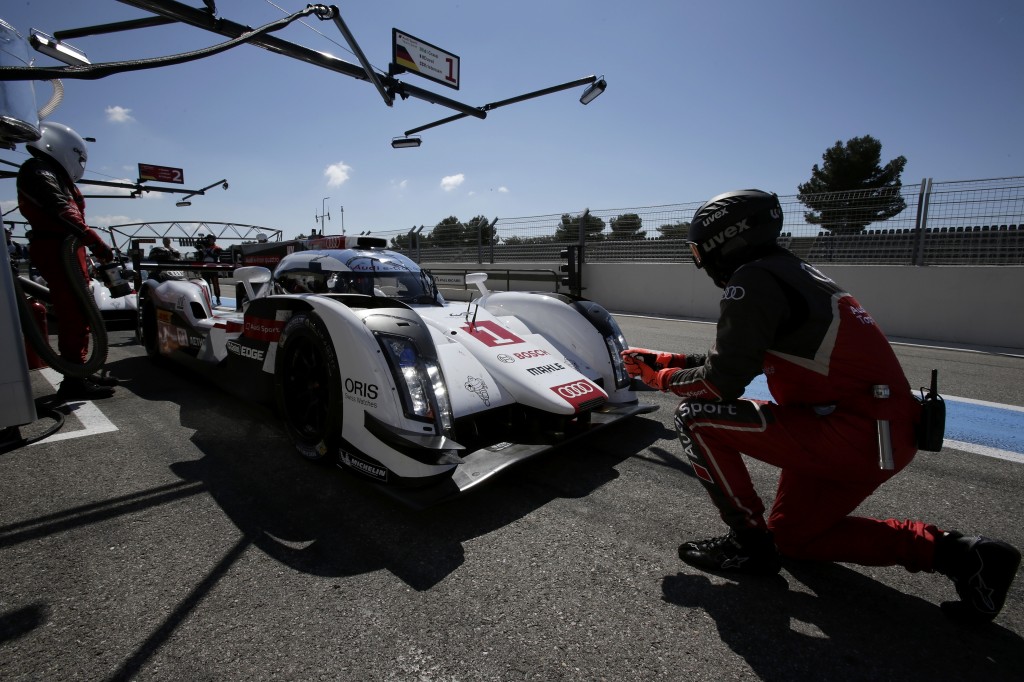 When the mechanics prepare the three Audi R18 e-tron quattro cars for the competition or perform the pit stops during the race the interested observer will soon notice in particular that all of this takes place in the form of well-practiced routines. The procedures and wheel changes are right on the mark, the refueling of the cars and the driver changes take place with pinpoint accuracy. The reason is that the mechanics have practiced this ‘choreography’ hundreds of times – plus, the procedures are improved year by year. 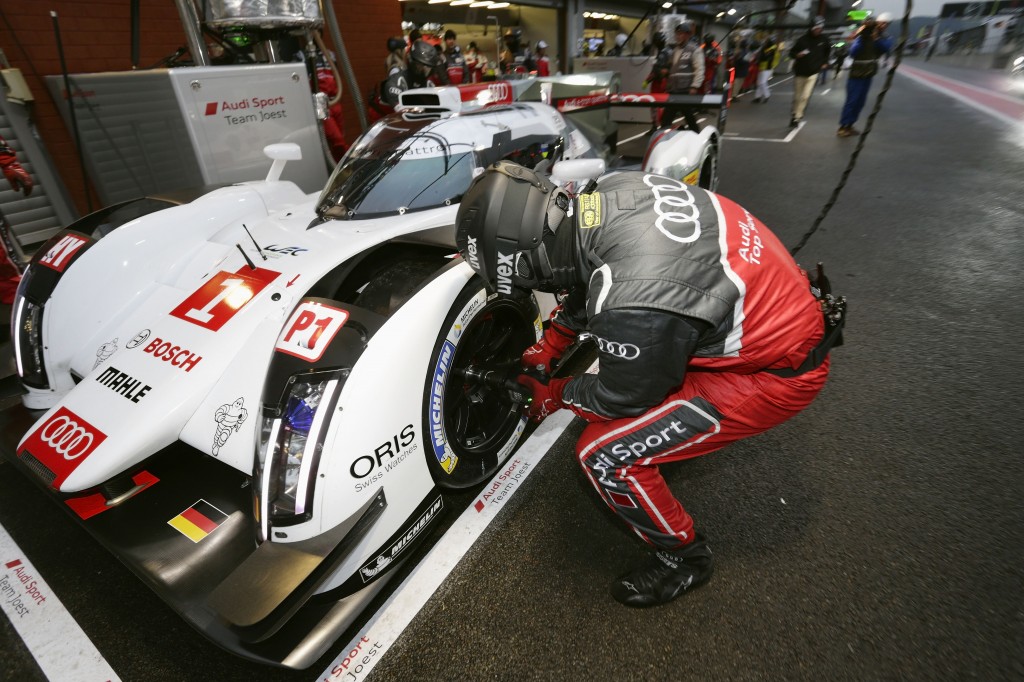 Unlike in the DTM, not only the tires are changed during a pit stop at Le Mans. First, the car is refueled and then the wheels are changed – if necessary at all. A maximum of four mechanics are allowed to work on one car in the pit lane, according to the regulations. Two of them may change the tires. Therefore, precision is crucial in this case too. It starts with the physical fitness of the mechanics and extends to the preparation of the material through to the ability of making the right moves blindfolded. 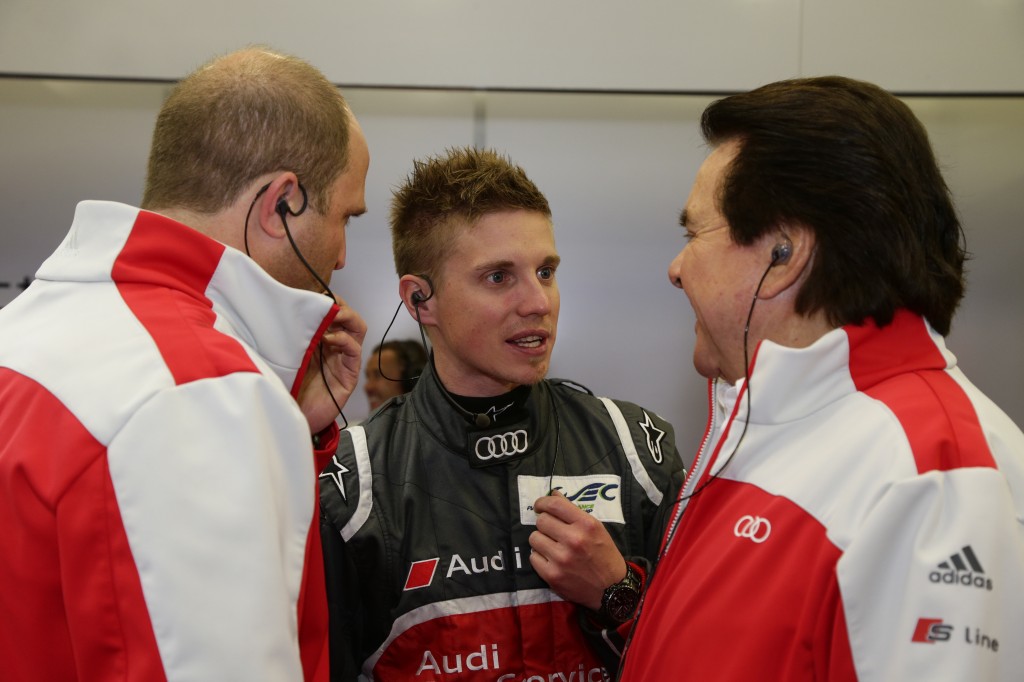 “Since January our guys have been training at the gym for two hours twice a week,” says Ralf Jüttner, team director of Audi Sport Team Joest. A fitness trainer has put together a special program for the motorsport squad. “Endurance and strength are only two aspects,” explains Stefan Grimm, who as crew chief is responsible for the pit crew at Audi Sport Team Joest. “The aim is not to be injured while handling the the wheels and the power wrench for example.” Therefore, Dr. Christian John, who has been Audi Sport’s team doctor since 1983, has developed specific exercises for muscle groups of the mechanics that are prone to particular stress. The physician provides nutritional advice on the race weekend as well. 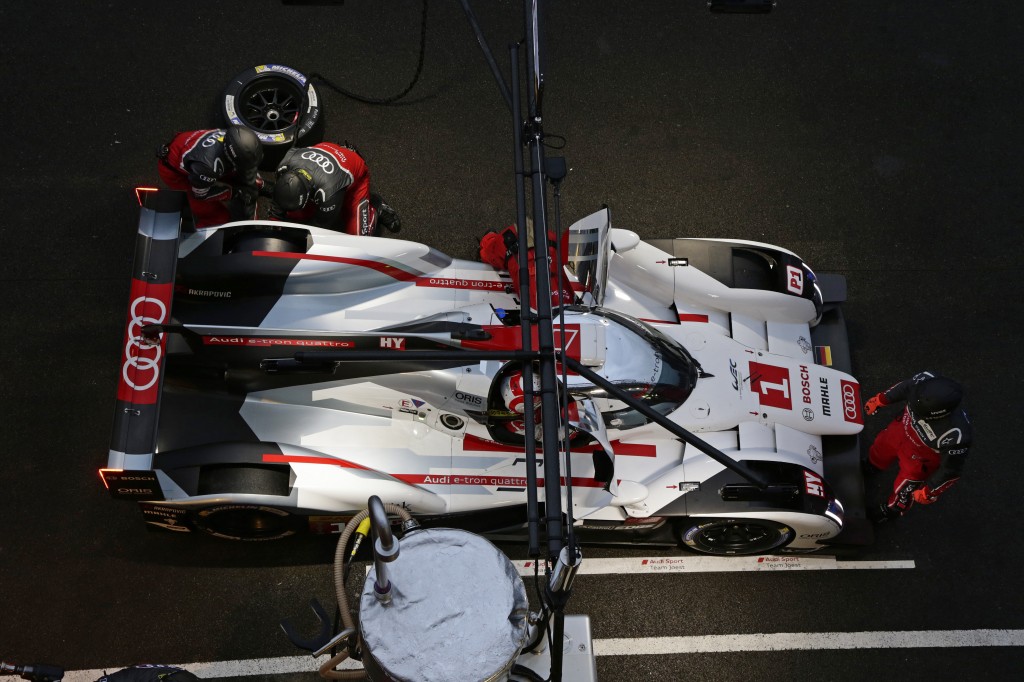 The team starts to familiarize itself early with the technology of the race cars which are subjected to further development year after year. The chief mechanics of Audi Sport Team Joest are always involved when the Audi test team runs trials of the new race car generation in the winter in order to prepare instructions for the whole crew. Subsequently, in Ingolstadt, the race team prepares the race cars for the first time before the season starts. “That’s when we practice changing all the components and prepare special tools. In addition, we precisely document individual technical tasks,” says Stefan Grimm. For instance, suspension elements such as the so-called quarter suspensions – the suspensions of each individual wheel – are available at the race track as preassembled components that correspond to the relevant suspension set-up. If a race driver touches the track barrier in an accident and the suspension is bent the team can exchange the whole assembly. “This takes about four to five minutes,” says the Joest employee. 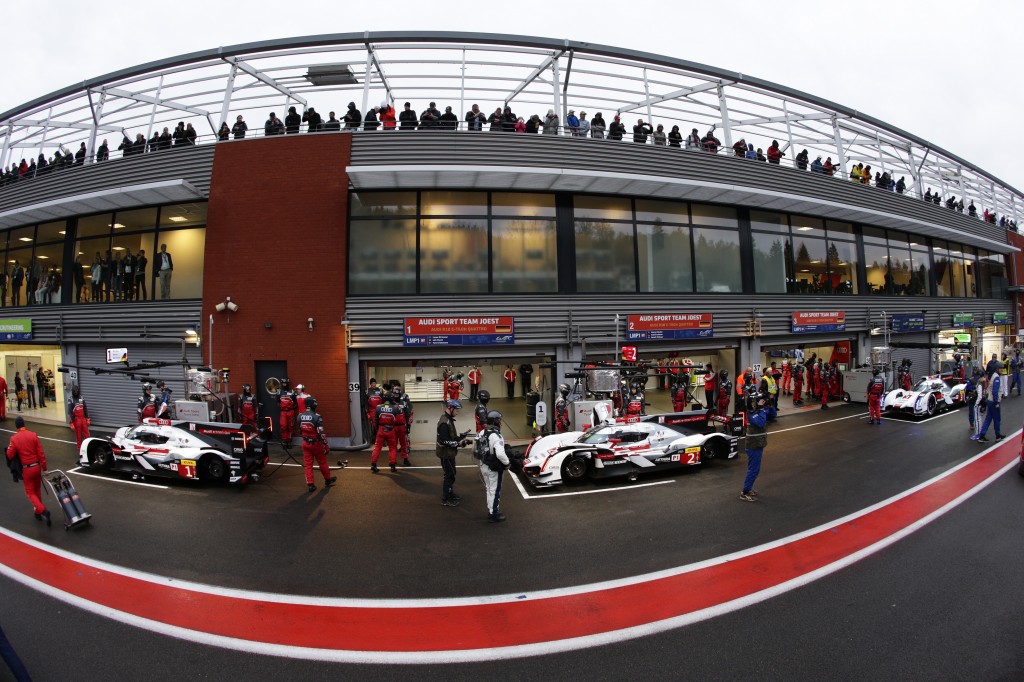 Even more impressive is the time spent on changing body parts that may be damaged in duels with opponents. The swift hands in the pits exchange a rear element including the wing and diffusor plus the engine cover in 60 to 70 seconds. “The calmer you go about doing your job, the quicker you’ll be,” analyzes the mechanic. “There are many steps we don’t even have to think about anymore. They’re done as automatically as brushing one’s teeth.” The prerequisite for this is that all spare parts have previously been checked for accuracy of fit and adapted. A lot of work is invested in this detailed preparation, as a sufficient number of spare part groups must be preassembled. 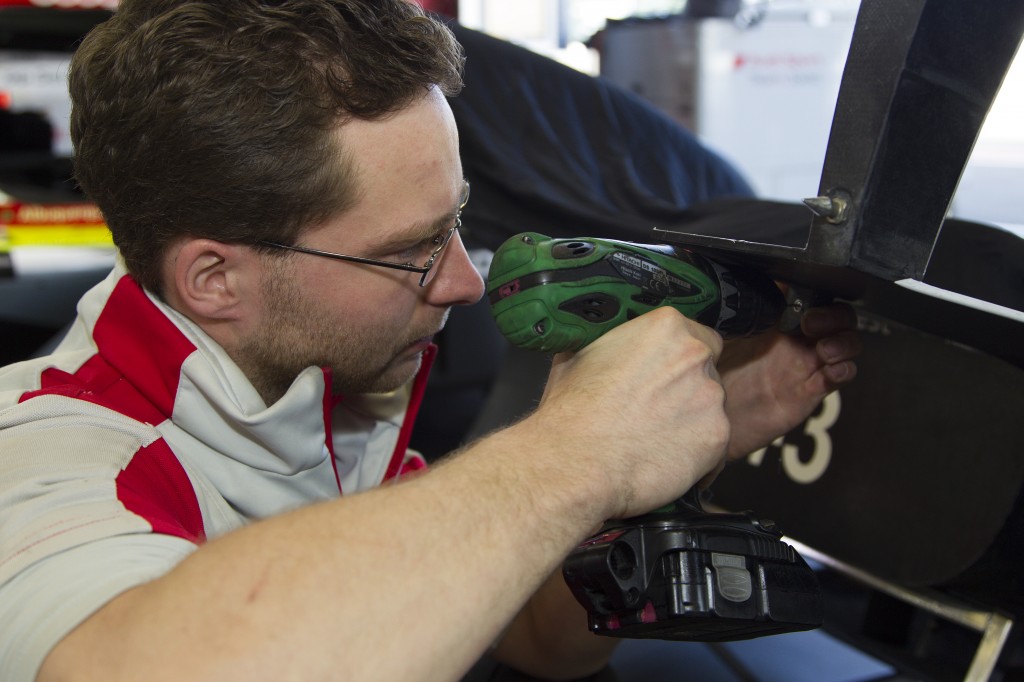 The biggest challenge follows at the end. “We’re awake the whole time around the race,” says Stefan Grimm. “That’s why nutrition and fitness are particularly important. Even between the pit stops we hardly get any sleep because the radio traffic keeps us awake.” Via radio communications the crew receives all the instructions from the race engineer at the pit wall.