After inclement weather caused a cancellation of race one during the double header weekend, drivers were left to battle it out in what became the first race of the season on Sunday. 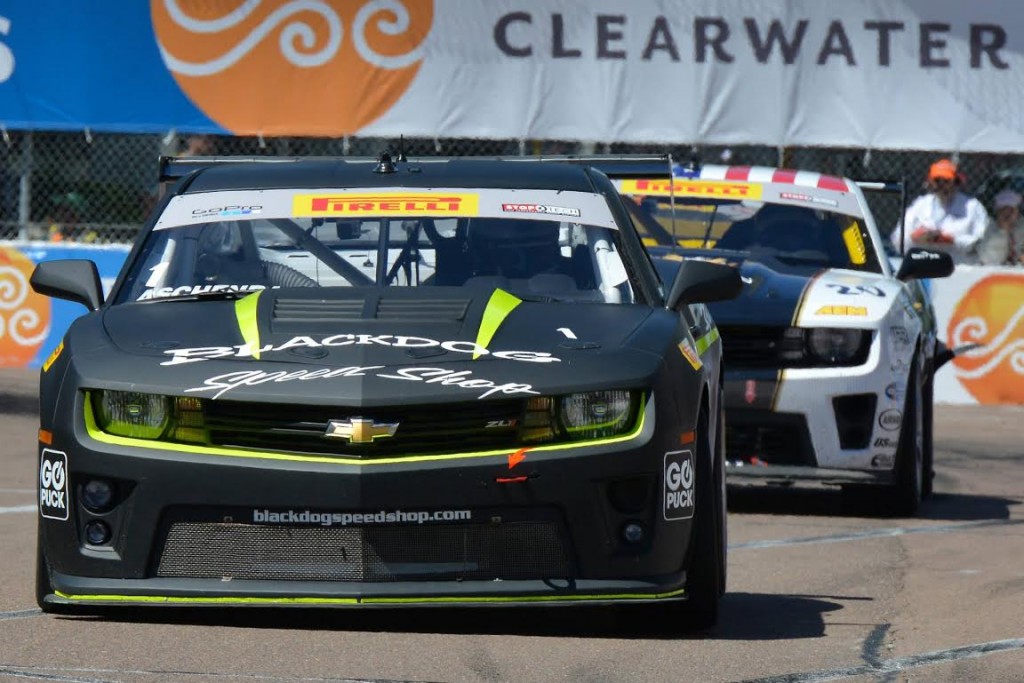 Aschenbach slotted into 2nd place on the start and continued to pressure the leader throughout the race. After using a late race pass in traffic that earned him the Clean Pass of The Race award, he was able to bring the #1 Chevrolet Camaro home in first place. The finish gave Lawson, a three-time series champion, his 15th race win in the Pirelli World Challenge Series.

“What a great way to start the season! It was a tough race. We lost the balance a bit from qualifying but fortunately things fell our way,” said Aschenbach. “This win creates some momentum heading into Long Beach and we will be pushing hard to keep the Blackdog Speed Shop Chevrolet Camaro on the podium!” 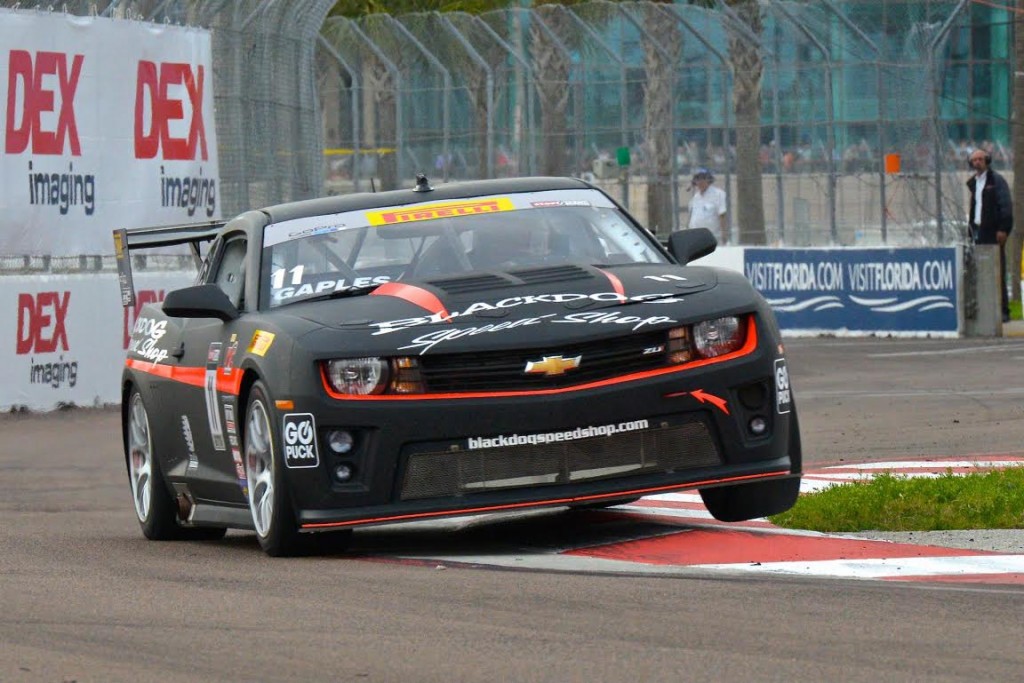 Tony Gaples in the #11 Chevrolet Camaro raced his way through the field to a 9th place finish after a tough qualifying session on Saturday. The finish earned him the Hard Charger Award for passing the most cars during the race and gave him valuable points heading into the crown jewel of the season in Long Beach, California.

“It was great to be back in the race car again,” said Gaples. “An uphill battle all weekend, but it was an amazing race with all the different manufacturers running out there and a great way to start the season. We can’t wait for the next one in Long Beach on April 13th.”

The Pirelli World Challenge race at the Grand Prix of St. Petersburg is available on demand at  www.world-challengetv.com and will be broadcast on NBC Sports Network April 6, 2014 at 4:30 PM Central Time.

Special thanks to Team Chevy.

Blackdog Speed Shop builds more than just racecars. Whether you race competitively, attend the occasional trackday, or like to cruise the back roads, Blackdog will help you get more enjoyment out of your favorite car, be it a Chevrolet Camaro, a Mazda Miata, or the newest Porsche 911. From simple brake and suspension upgrades to complete motor builds, dyno-tuning, and resto-mods, Blackdog can help!

Ever dreamed of piloting a real World Challenge car? Blackdog offers rental and “arrive and drive” racing in addition to purpose built cars available for sale. Call Blackdog today to schedule an appointment or discuss the best way to put you in the driver’s seat! 1-855-4-BLACKDOG