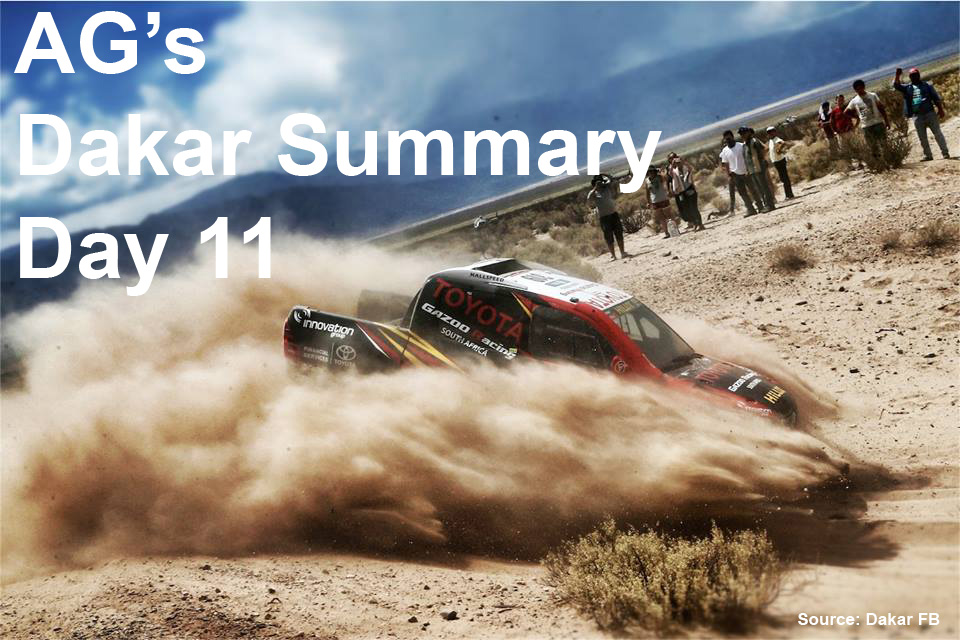 If you missed the Day 10 update, you can catch up here. Day 11 was pretty rough. The long distances and non-stop schedule are starting to take their toll on the competitors. First up is Paulo Gonçalves who unfortunately got a hole in his radiator. He tried to fix it at CP2, but he only gets 15 minutes there. Then they kicked him outside of the zone and it was more than an hour before he continued.

Gabor Saghmeister has been riding with a broken hand since yesterday. It’s pretty swollen: 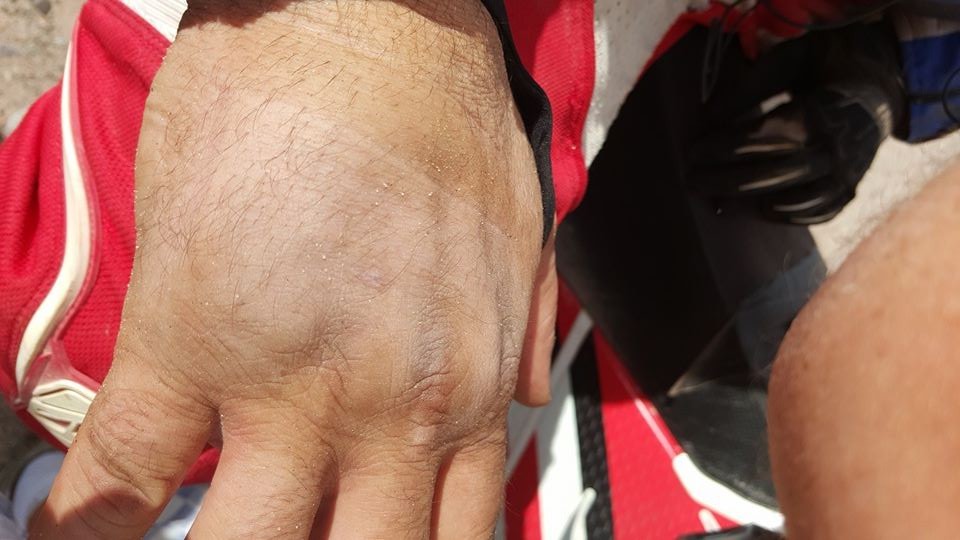 Yikes. Pablo Goncalves, who’s been right up on podium pace on the bikes, has been medivac’d to a hospital. He was found unconscious shortly after the way point 2!

Cool shot of Toby Price just riding wherever the hell he likes from a couple days ago:

Checkpoint3… Toby isn’t among the first four riders in. Lost? Crashed? TENSE!!!! An hour or so later… phew, he made it in. Took second on the stage. Somehow, just didn’t get recorded at waypoint eight or nine.

There are waypoints which are electronic wizardry and checkpoints that are manually logged by staff. 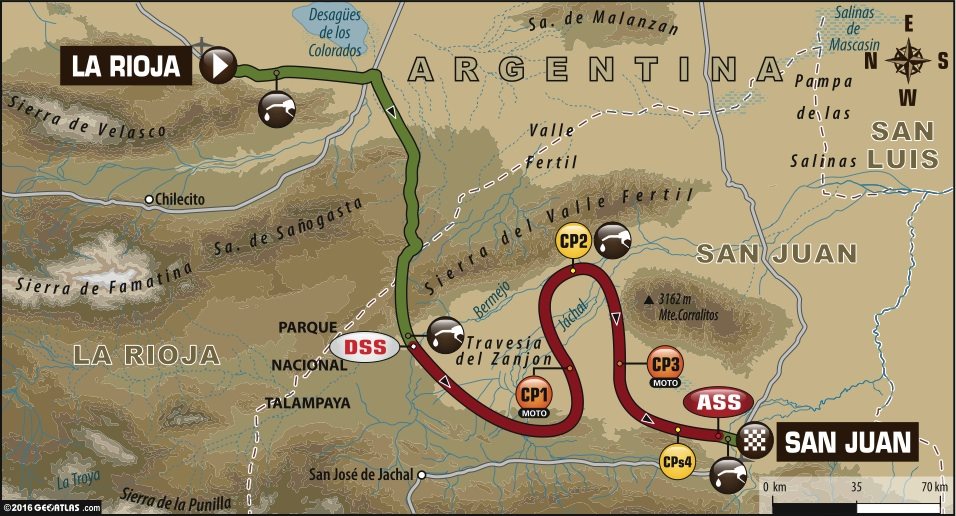 Ingo Zahn ran out of gas 38 km from the finish. Asked other racers for help, but no dice. After five hours in 48C (118F) the organisation decided to fly him out by heli for safty reasons.

Ondrej Klymciw´s crash. First, it is always amazing how fast things can go wrong. Second, it’s amazing how many cameras are recording the entire stretch of Dakar.

Did you guys know there’s an electric car running? Jinkies! So far, it’s still in!

One of the truck drivers is a paraplegic. Here’s a cool picture of him belaying out of the driver seat helped by his teammates.
http://advrider.com/index.php?attachments/uploadfromtaptalk1452781991715-jpg.439056/