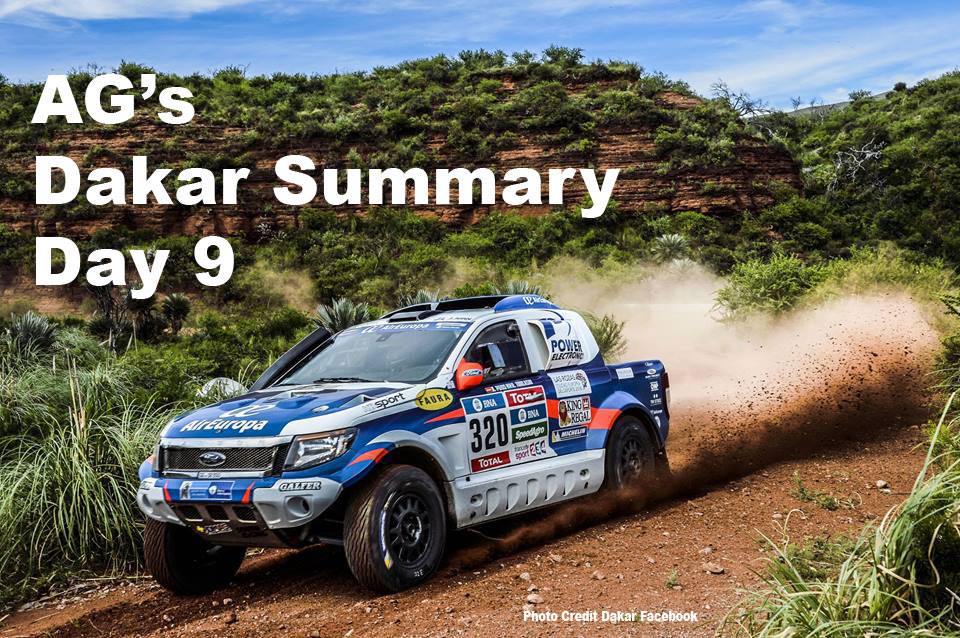 Toby Price (bike) has turned the speed dial up to ‘alien’. He’s created a 2.5 minute gap to the first checkpoint. Then goes on to lead by over seven minutes on the stage!

Toby Price now widely known as “TP” on various boards. It’s ok, he can have it, the other “TP” doesn’t rally enough to keep it. Also, Toby loves to say “we” when being interviewed.

Looks like there’s been some kind of accident with a big service truck in Argentina. Driver’s front wheel all busted to the outside. Truck is in the correct lane in the photos, maybe someone pulled out to pass and went head on into them? Looks to have happened pre-dawn. One fatality. Crazier, the assistance vehicle is believed to have been towing the #409 Mitsubishi Lancer of Lionel Baud – the very same car that had a fatal accident with a spectator in Bolivia last week. 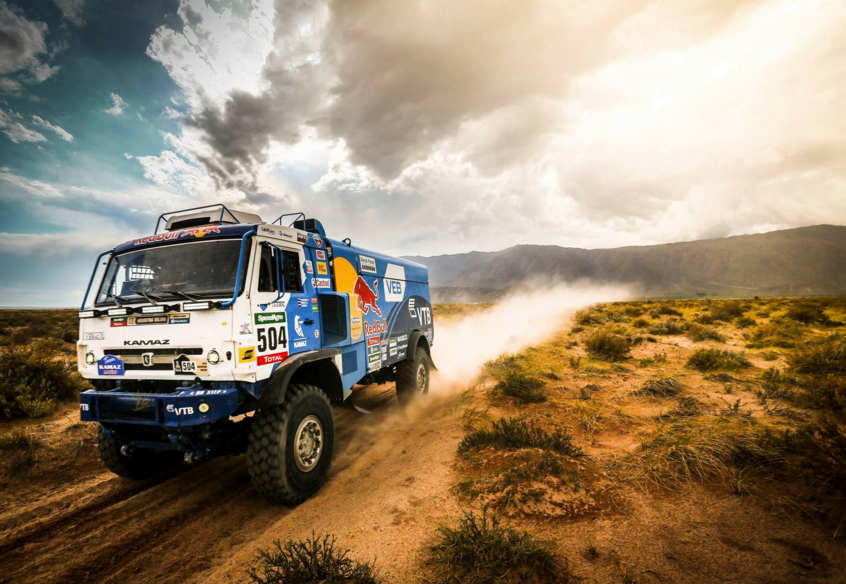 The situation appears to be increasingly complicated for Paulo Gonçalves (Honda). The Portuguese rider, after having lost a fairly significant amount of time on the first part of the special to Price (KTM), has come to a standstill near CP2. The reason? He cracked a radiator. All the coolant was pushed out after a few kilometers. Dang. 🙁 A tough break for the Honda team, now down two (Bort the other one) great riders.

It’s super hot out there in the dunes. 100 degree hot, so they’ve called the race as of checkpoint 2. Even though seven front runners have made it as far as checkpoint 5 and finished the stage. This is the area where there was a heat death on course last year. Already reports of riders on hydration drips at the bivi. 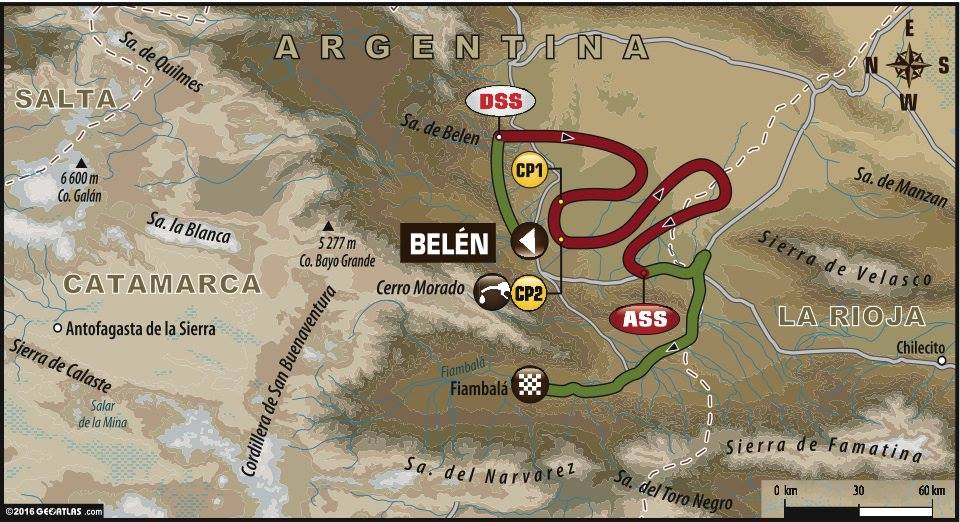 So does this mean Paulo Gonçalves gets his engine fixed somehow and is back in? Early rumors are yes, and Honda is reporting that Ceci got Paulo to the bivi.

Carlos Sainz takes the win in his Pug as of CP2. Two Minis come in behind him.

Loeb got stuck several times in the sand, not having fun. He was an hour and a quarter behind Carlos.

Update on gas-gate: Dakar organisers ASO deemed that Peterhansel’s refueling was in accordance with the rules. French connection powerup plus one. 😉

Flashback to SS8:
Sheldon Creed’s Gordini got hit by another car while doing repairs: 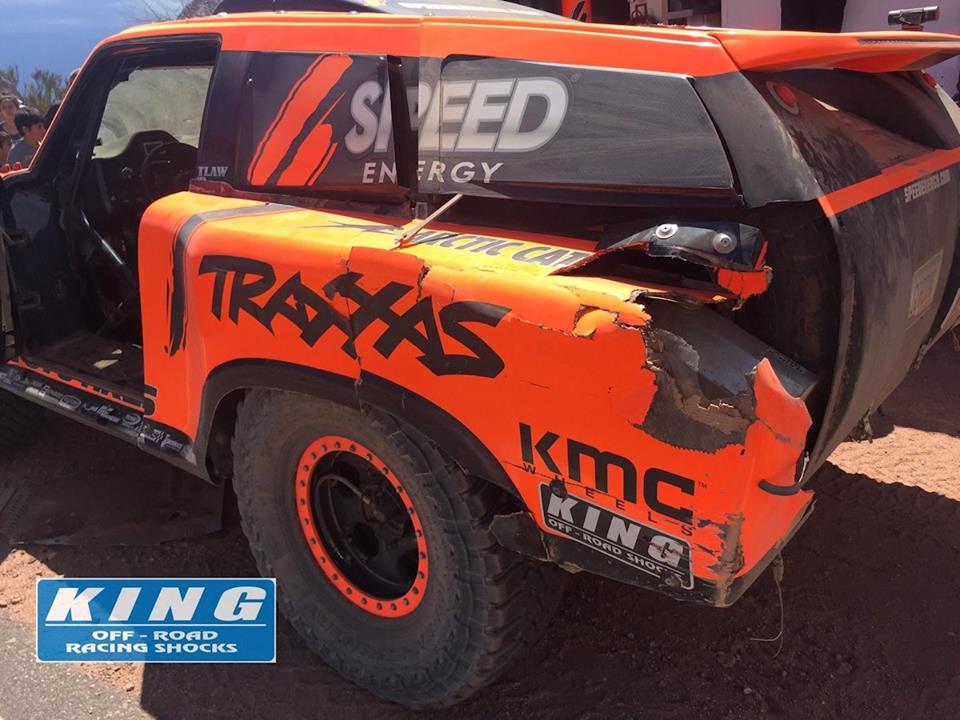