This year’s Blancpain 24 Hours of Spa brought together 60 cars in 3 different categories for one spectacular event.  If you are thinking of seeing a European 24-Hour event, you might think of going to either Le Mans or to the Nurburgring 24 Hour events. Both are phenomenal events. But let’s just say that you want more viewing areas than afforded at Le Mans, and what if you prefer a bit less track and a bit less partying than at the Nurburgring. Then what? 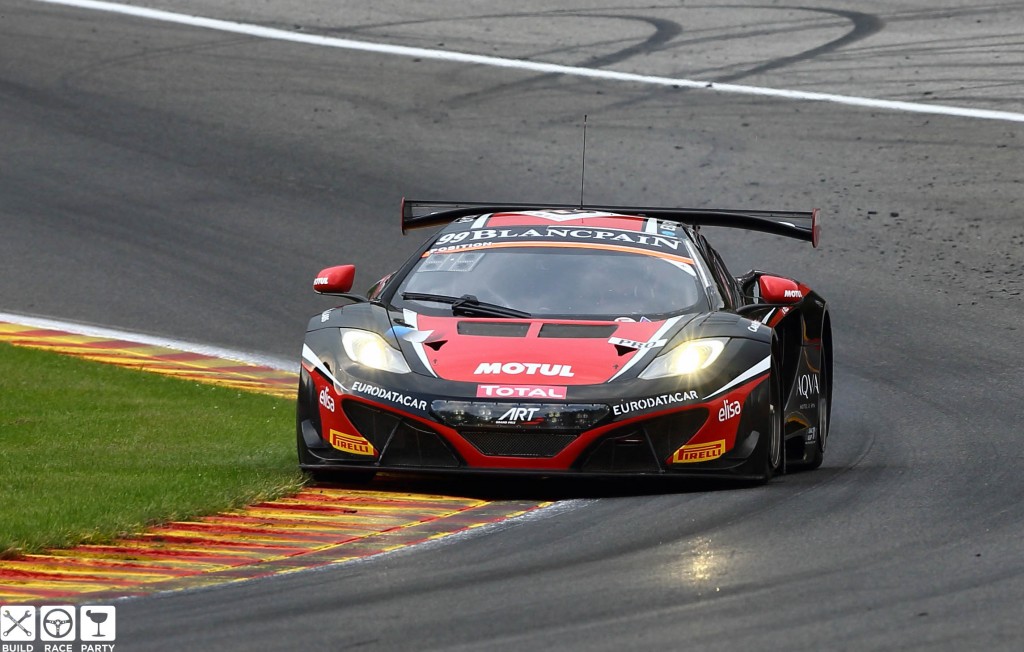 I think I have the answer for you Goldilocks: The Blancpain 24 Hours at Spa.  A track that’s small enough to walk around and easy to get from one end to the other using the service roads and pathways. Great viewing at almost all corners and holes placed into fences for photo enthusiasts to get their shots of the action without the nastiness of a chain linked fence to get in the way.  Arrive early to do the pit walk to meet the drivers, see the cars up close before the race. All this without all the ACO pomp-and-circumstance of Le Mans (33 national anthems play in succession, before the race, when I was there in 2012).  Then grab a waffle (which should be mandatory if you have never had a guafre) and grab your seat.

And of course, there is a great concert in the paddock that evening with food, drink, and fries drowned in mayonnaise. Best of all, you can get into your car that night a sleep in a comfortable bed at your hotel before returning to the track in the morning.  Now onto the race!

Last year we were all treated to a viral video moment of a Ferrari going through Eau Rouge in reverse.  We didn’t see that again this year, but we did witness 4 safety car periods in succession that were followed not long thereafter by a red flag for a pretty horrific crash involving two Ferraris’.  Cars that lose control and recover without accident make for great video. Accidents like the ones we saw in the first 3 hours of the race really bring us to terms with the dangers of this sport. Following the 30 laps behind the safety car, there were a lot of concerns in the paddock raised about whether gentleman drivers should be involved in such an event.  Perhaps it is a sign of our economic times that enough money can buy you seat, whereas before you needed a license to race. What I saw on Saturday again validated my belief that money can’t buy you track experience. Here’s pearl for the future: don’t do anything brave on cold tires and brakes. 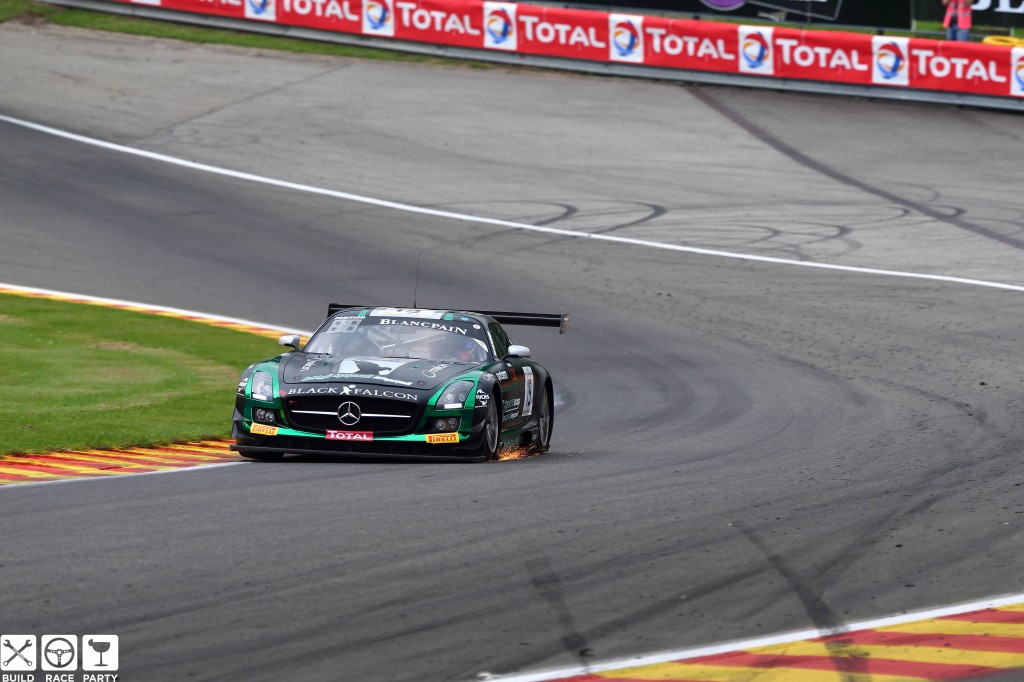 The race motored on after the track was cleared and some nail-biting was to be had all the way to the end.  Despite having their problems, the factory teams pushed to very end and gave us a great event again. You can find the full race results here, but at the end of the 24 hours, Audi beat BMW by just over 7 seconds! The winning Audi R8 was driven by Vanthoor, Winkelhock and Rast and their sister car finished third. It was a pretty good day for the Belgium Audi Club Team WRT.