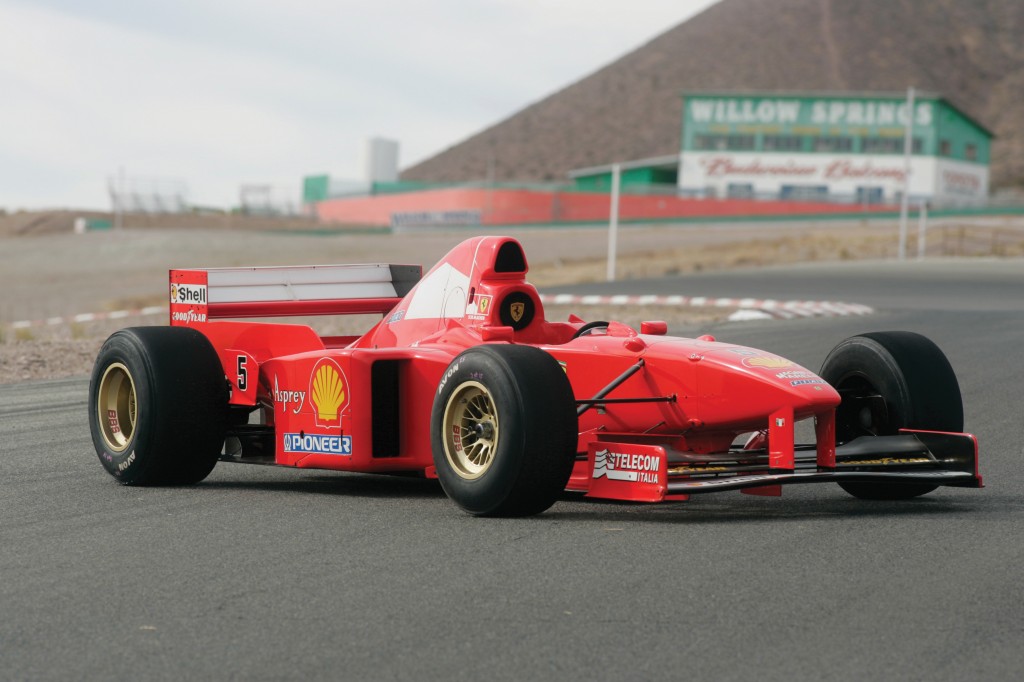 Nineteen ninety-seven was a landmark year for the Scuderia, as it marked the company’s 50th anniversary, and it had quite a lot to celebrate. Motorsport, especially Formula One, had always been near and dear to the company’s heart. It was through its success in Formula One that Ferrari was catapulted from relative obscurity in its early days to becoming one of the most respected and recognizable automotive brands on the planet. Other manufacturers had come and gone from the sport, but Ferrari was always a constant presence at the front of the starting grid. 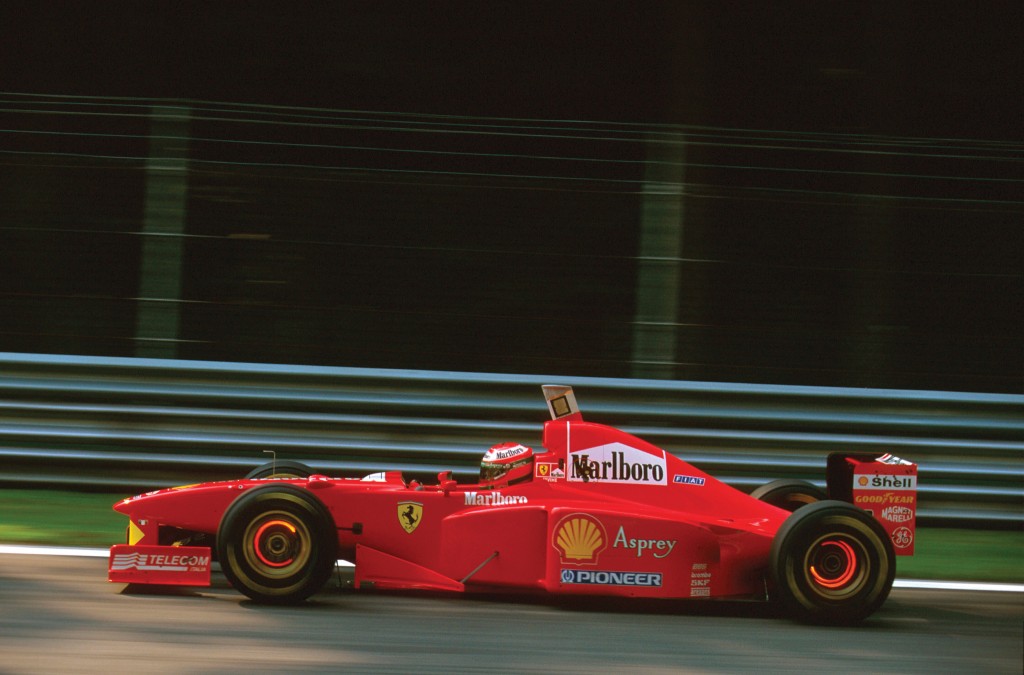 By 1997, Ferrari’s road car division was enjoying unbridled success, particularly with the launch of the F1-style gearbox management system in the F355 F1, which inextricably linked Ferrari’s road cars with the F1 program. Ferrari, not a company willing to dwell on its past laurels, was constantly looking to the future for inspiration and technological development in order to win its next World Championship, and the Prancing Horse wanted to arrive in the 21st century at the top of the podium. 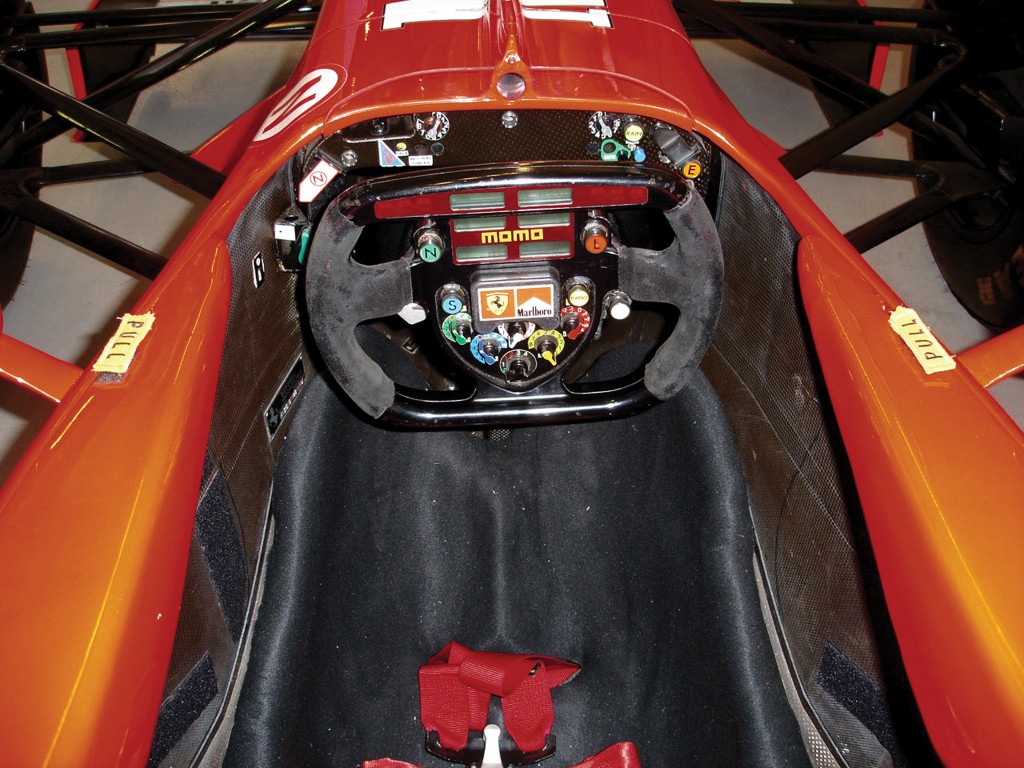 In terms of Formula One, 1997 was perceived by many to be a building year for Ferrari. This would be Ross Brawn’s first season as the technical director and Rory Byrne’s first season as the chief designer, under the guidance of Jean Todt. Michael Schumacher, now in his second year with the Scuderia, had finished 1st on three separate occasions in 1996, and the team was eager to see both Schumacher and fellow driver Eddie Irvine on the podium more frequently in 1997. 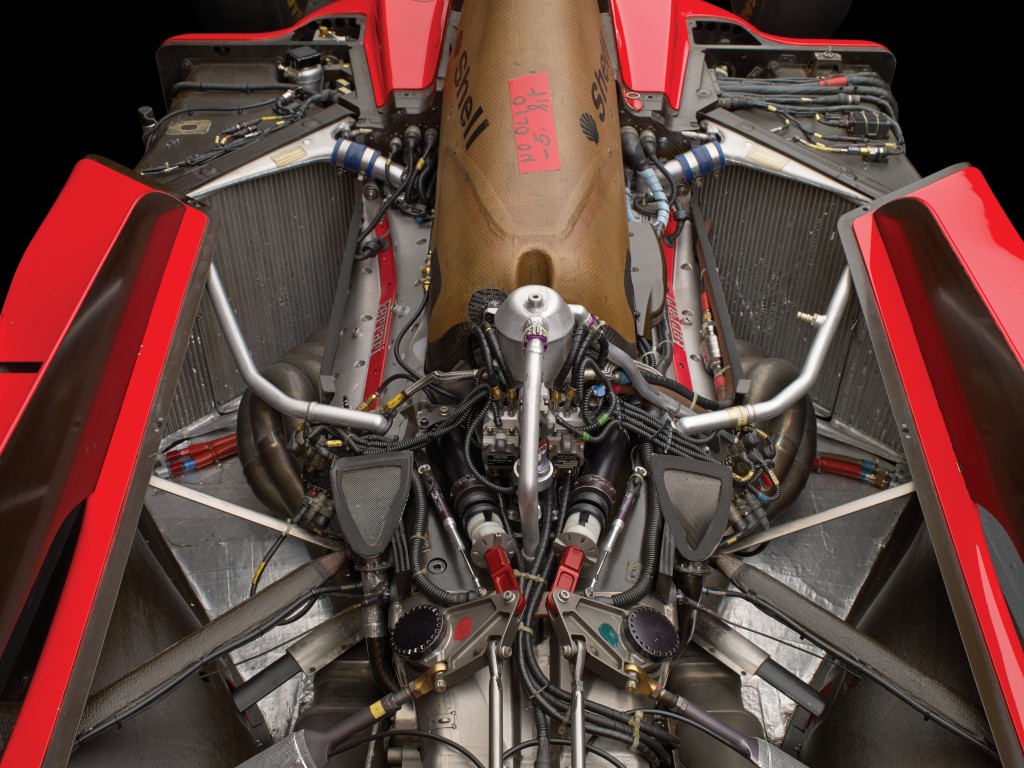 The F310 B was still equipped with the 730-horsepower, 3.0-liter V-10 engine that Ferrari introduced with the F310 in 1996, but it was further refined and developed from lessons learned in the previous season and was subsequently given the factory designation of Type 046/2. Ferrari’s V-10 Formula One engines are known for their high-revving nature and glorious exhaust note, which is a sound that has always been enjoyed by spectators in the grandstands of race tracks all over the world, but to the person sitting behind the wheel, it is a beautiful symphony. 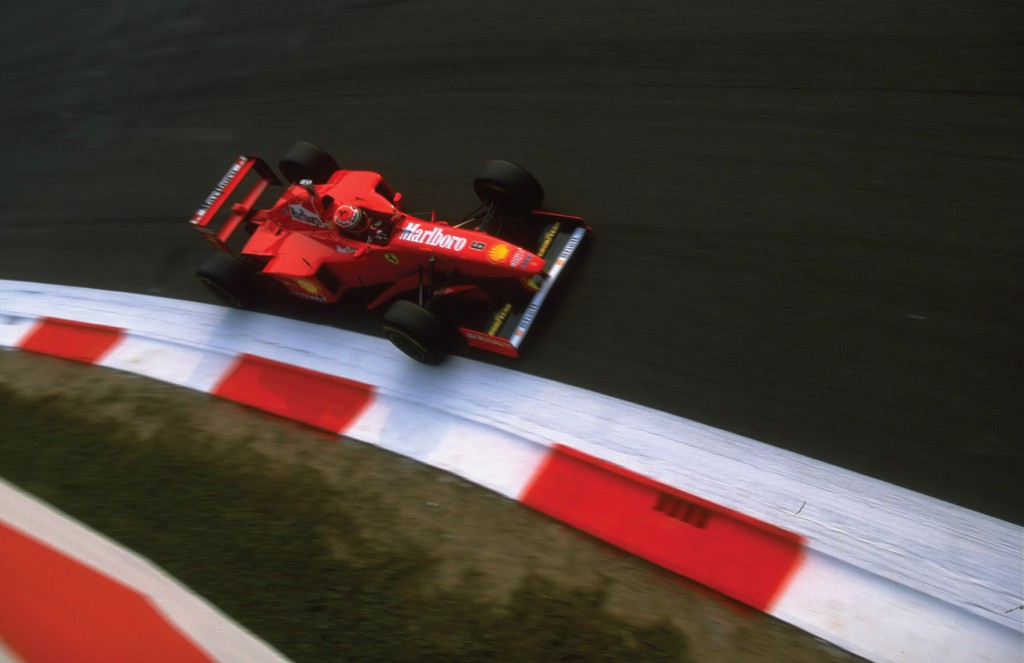 Despite its otherworldly performance, the F310 B is considered to be rather docile when compared to Formula One cars of past. The F310 B was included in the 1997/1998 issue of Autocourse, where John Barnard stated that he designed the car to be “easy to drive, stable, and consistent” on the race track, making it an excellent choice for a newcomer to the world of Formula One racing and quite easy to handle for those already used to such high-strung machines.