Ferrari has long catered to a reliable clientele of enthusiasts, but the Prancing Horse brand pulls out a surprise of its own every once in a while. That’s what happened 20 years ago, when Ferrari decided to return to sports car racing in the United States with the 333 SP, its first true sports car since the legendary 312 P. As history quickly proved, the 333 SP was a worthy heir to Ferrari’s prototype racing heritage. 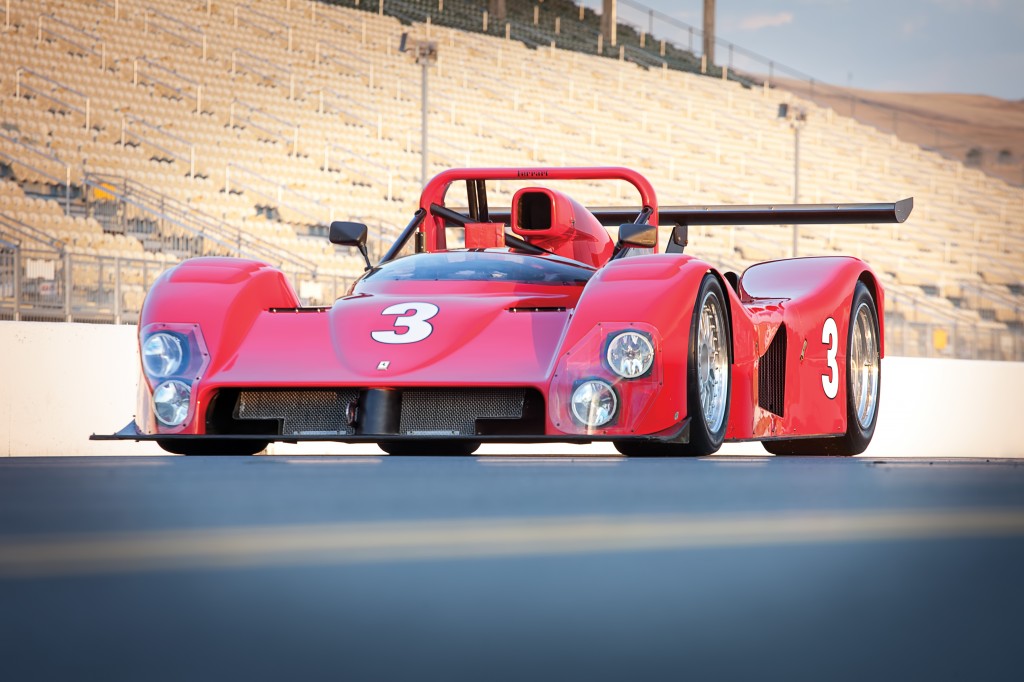 Despite Enzo Ferrari’s reservations in 1960, Ferrari jumped head first into the world of prototype sports car racing with a Formula Two 156 powered by a mid-mounted Dino V-6 engine. Just a few years later, the Italian automaker embarked on a series of sports car prototypes that would go on to dominate tracks like Sebring, Nürburgring, and Le Mans. 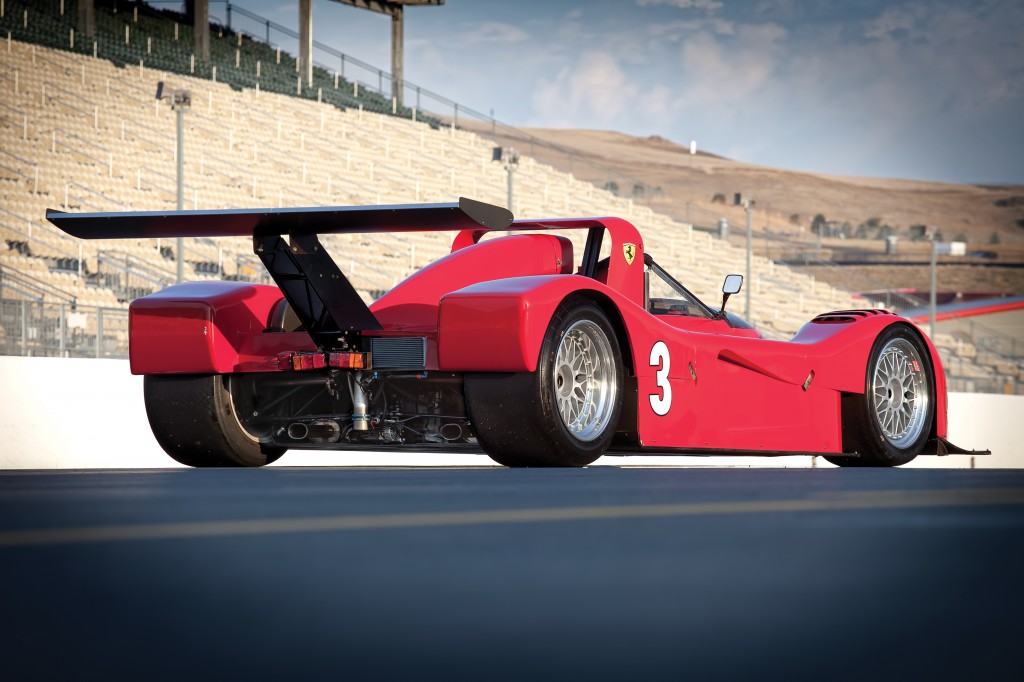 The first 250 P shared its name and its cylinder count with the company’s road going 250-series cars, but, setting a tone for future track racers, its mid-mounted 12-cylinder engine was a distant relative to that which could be acquired at a Ferrari dealer. Instead, Ferrari used its prototype racers as test beds; for example, its first mid-engined car didn’t arrive until four years after the 250 P. Over the course of the next decade, Ferrari’s prototypes served as development tools for what would become a legendary, long-running series of rear-mounted 12-cylinder engines. 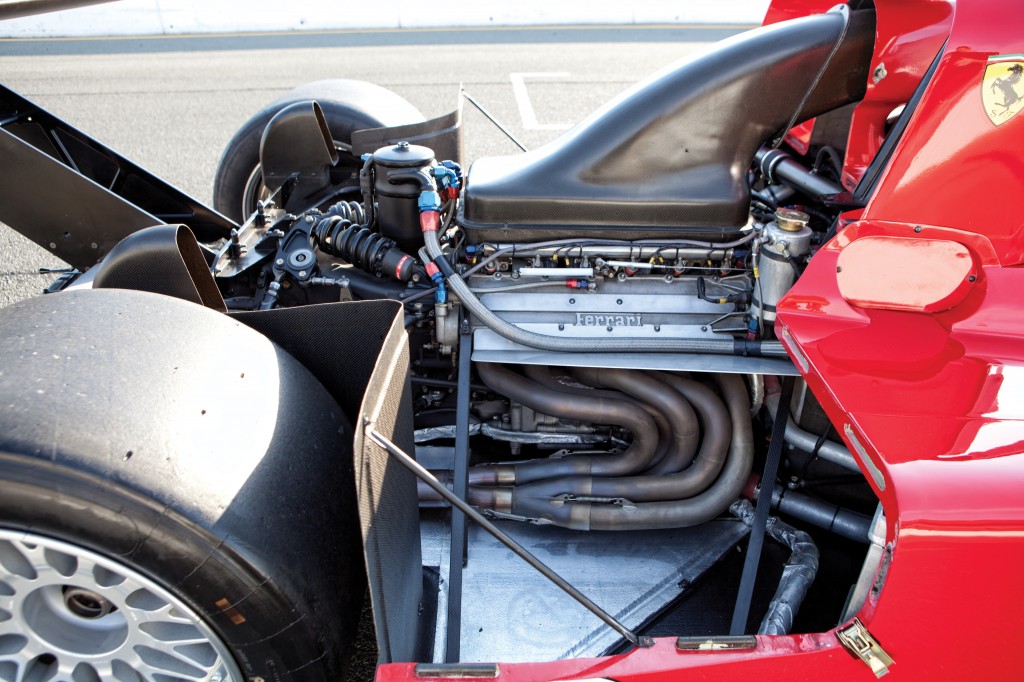 However, by the early 1970s, Ferrari shifted its focus to Formula One racing. In Maranello, prototype sports car racing was left to percolate for two decades, until, as the legend goes, MOMO automotive accessory founder and amateur racing driver Giampiero Moretti walked into Piero Ferrari’s office with a grand idea. Moretti indicated to the Ferrari heir that he wanted to finish out his racing career in a sports car race, but only at the wheel of a Ferrari. With the support of Ferrari North America’s chief, Gian Luigi Butioni, the 333 SP was born. 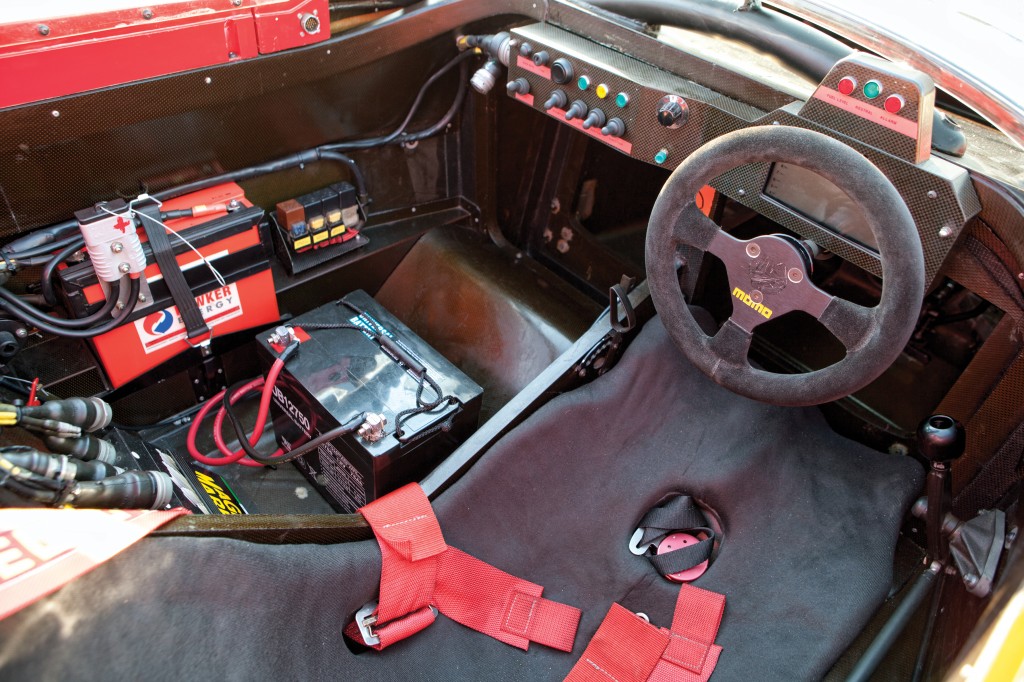 Nicknamed “The American Dream,” the 333 SP project was particularly appealing to the higher-ups in Maranello, since Ferrari’s sports car racing effort was aimed at the key North American market, because there were no F1 races in the United States at that time. Instead, there was the IMSA World Series Sports Car Championship, which was in the midst of a rule change ahead of the 1994 racing season. 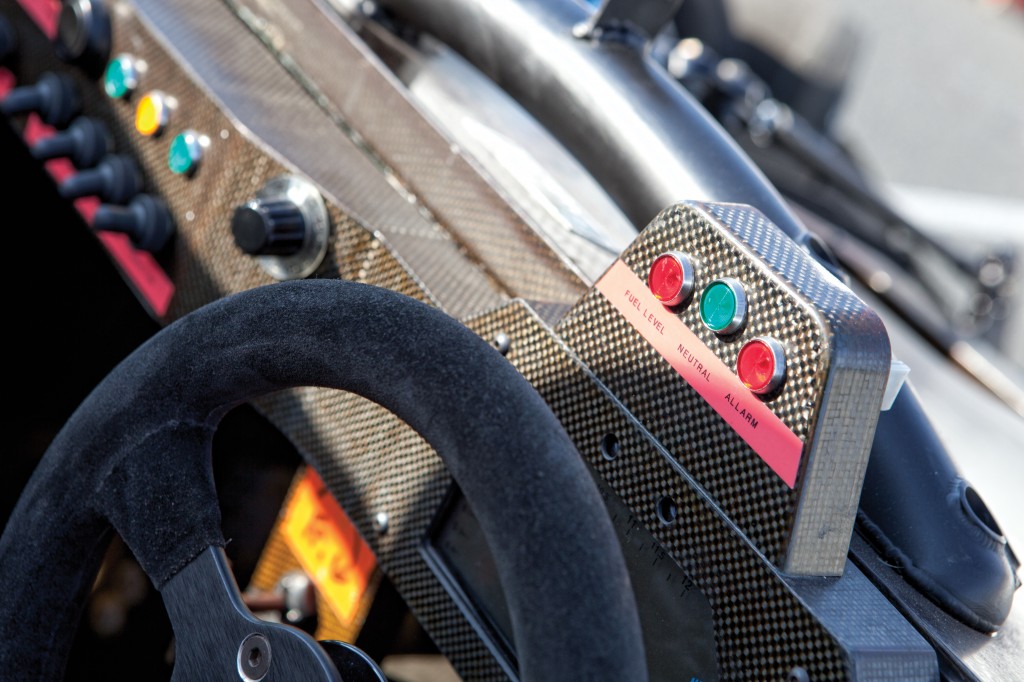 The business case made sense to Ferrari CEO Luca di Montezemolo, who readily approved of the plan to market the 333 SP to privateers. Predictably, Ferrari sought to integrate the 333 SP with its F1 efforts by basing the new car’s carbon fiber composite chassis on its F92 structure, although the prototype racer was widened to comply with IMSA’s two-seat requirement. Ferrari looked to Gianpaolo Dallara to design the 333 SP’s chassis. Dallara, who had started his career at Ferrari in 1959, was highly regarded among the Formula Three and F1 teams, although the firm that bore his name hadn’t been involved in sports car racing in about a decade. 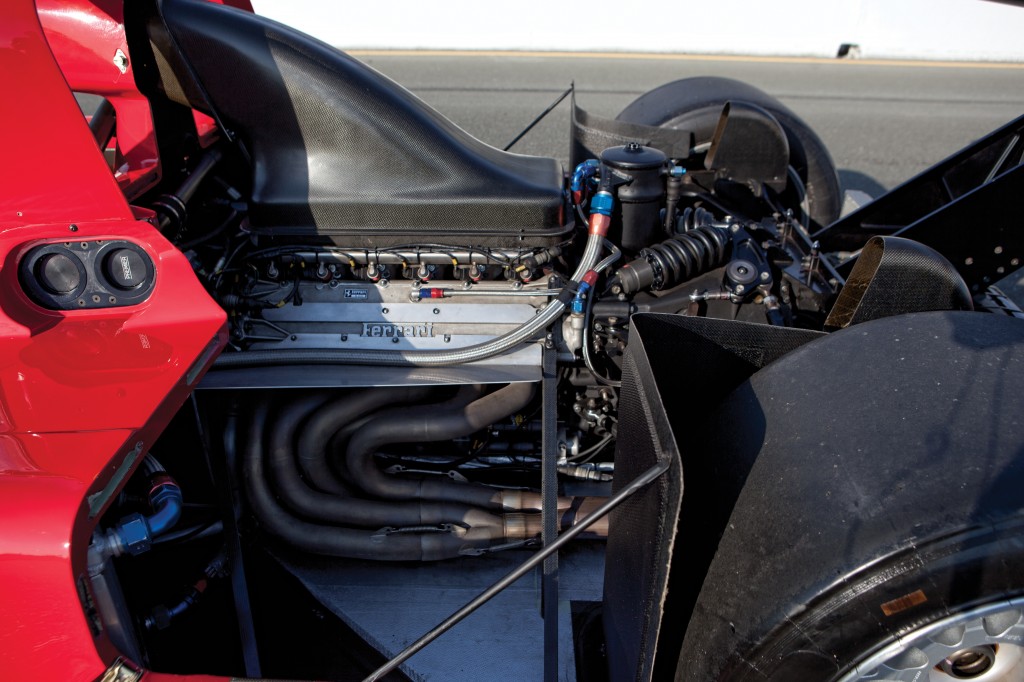 One of the biggest challenges facing Dallara and Ferrari was to make the design serviceable by private mechanics and pit crews, which wouldn’t benefit from consistent oversight from the Scuderia. To that end, the automaker modified its F50’s 4.7-liter, five-valve-per-cylinder V-12 to displace the IMSA-required 4.0 liters. Perhaps the most memorable modification to the F50’s V-12 was the new, nearly 12,000 rpm redline. Simply put, the 333 SP’s wail begs to be experienced, rather than simply heard. 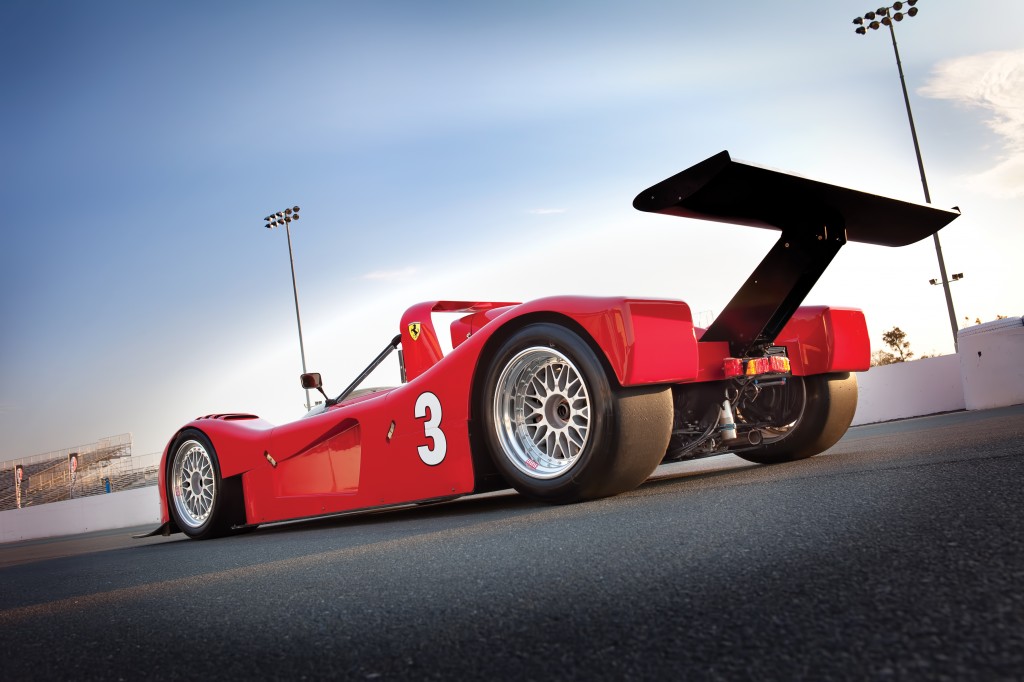 Testing for the 333 SP concluded in late 1993, and the car debuted a few months later at the IMSA GT Championship at Road Atlanta. In proper Prancing Horse style, Ferrari finished 1-2-5, with American Jay Cochran leading the way and Moretti taking 2nd. Later in the season, Ferrari took over the podium at Lime Rock with a 1-2-3 finish. Since the 333 SP wasn’t ready in time for the beginning of the season, it narrowly missed out on the overall championship. 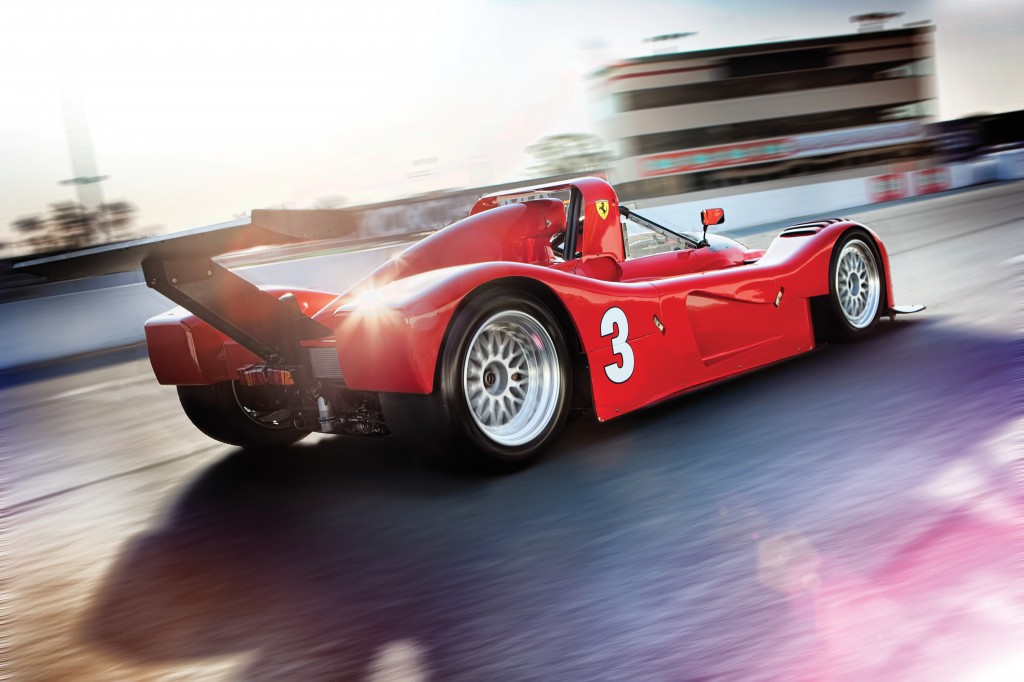 In 1995, Ferrari revised the 333 SP’s nose, and after wins at Sebring, Shearwater, the Texas World Speedway, and the Phoenix International Raceway, the 333 SP won the 1995 IMSA Championship. A year later, the 333 SP remained highly competitive, barely losing the Constructors’ Championship to Oldsmobile.

Another minor update followed in 1998, when Dallara, after building nine 333 SPs, passed its construction duties to Ferrari tuner Michelotto. This would prove to be a boon for Moretti, who, along with co-drivers Arie Luyendyk, Mauro Baldi, and Didier Theys, dominated the 24 Hours of Daytona. Of the 711 laps their 333 SP completed, it led an impressive 108 of them. In addition to being one of many highlights of the 333 SP’s résumé, the race would prove to be an appropriate bookend for Moretti’s racing career.

By the late 1990s, the 333 SP found its niche in European racing, until Michelotto ceased production in 2001. In total, forty 333 SP racing cars were built, five by Ferrari, nine by Dallara, and twenty-six by Michelotto. Naturally, many were modified by the private teams that raced them.

That the 333 SP was designed to be a racing car rather than a road car or a museum showpiece makes chassis number 015’s history all the more remarkable. Since no 333 SP bears chassis number 013, this was actually the 14th built. Selected by Italian tire manufacturer Pirelli to grace its stand at the 1996 Geneva Motor Show, the 333 SP was also displayed at the Turin Salon a month later. That same year, 015 was featured in issue number 92 of Cavallino (April/May, 1996, pg.10–11).