Automobile racing, like all other endeavors in the pursuit of speed, is a display of tension between the immovable forces of nature, human determination, and the framework by which opponents compete. It is the ever-changing tensions between those forces that produce in many the insatiable desire to race. Two men in particular are noteworthy, as they’ve always danced on the edge of what it means to compete with the very best. 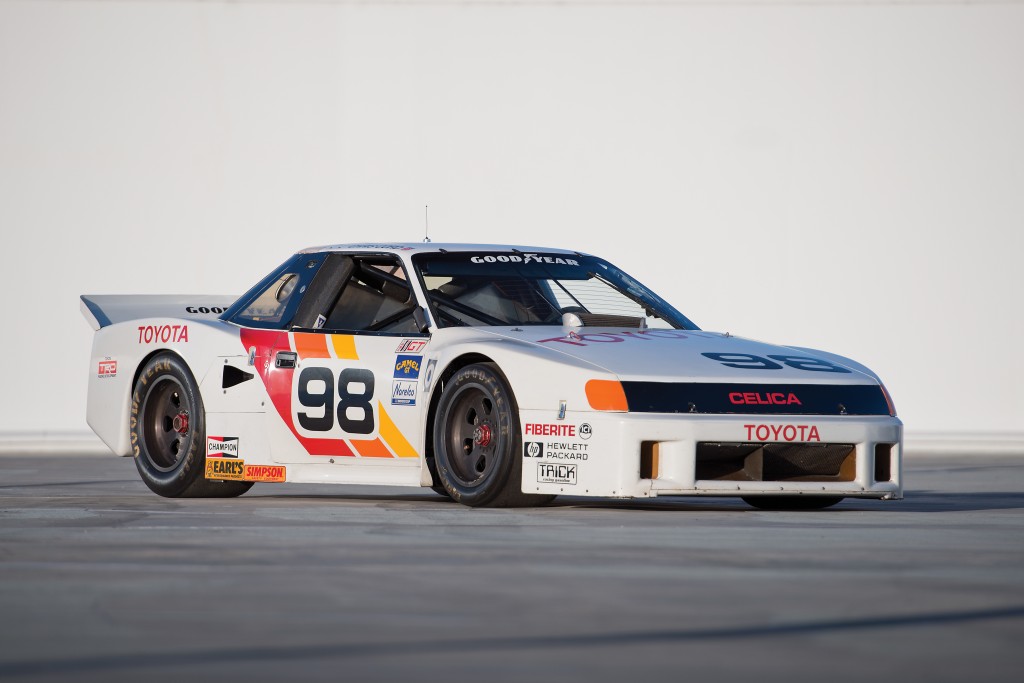 In 1964, Dan Gurney and Carroll Shelby, both legends larger than this space provides, founded All American Racers (AAR) with the backing of Goodyear tires. From the outset, these seasoned competitors pursued victory with vigor, and by 1970, when Gurney bought out Shelby’s stake, AAR had won as a constructor in both Formula One and Indy Car. 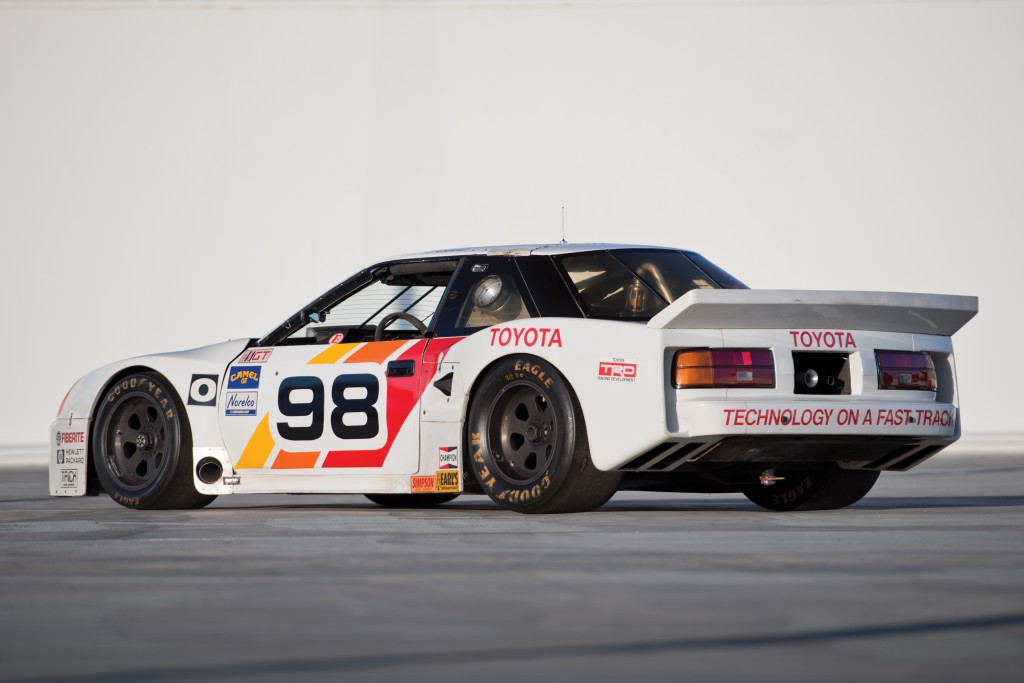 By the early ’80s, the team had won in competitions around the world. Their history of success no doubt attracted Toyota, who was eager to build a racing program around the Celica, to promote the car’s sporting credentials in the United States. While Toyota enjoyed prior success on the world stage in endurance racing and rallying, the most visible road racing series at the time was the IMSA GT Championship. 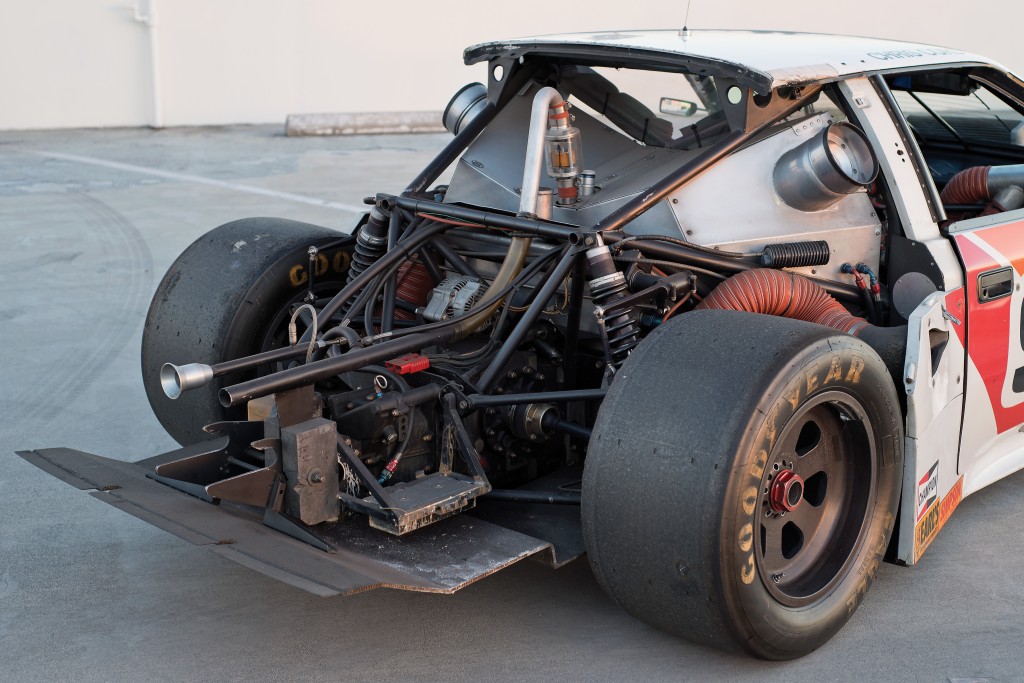 In 1983, AAR and Toyota entered a partnership to compete in the series’ entry-level GTU class, and by 1985, they had won 10 races. Coinciding with the launch of the next-generation T160 Celica, the decision was made to move up and compete in the GTO, or Grand Touring Over 2.5 liters, class. Here we must mention the framework of competition: the road going Celica was a front-drive compact car, but its competitors in GTO would be the Ford Mustang, the Porsche 911, the Chevrolet Corvette, and other such machines. 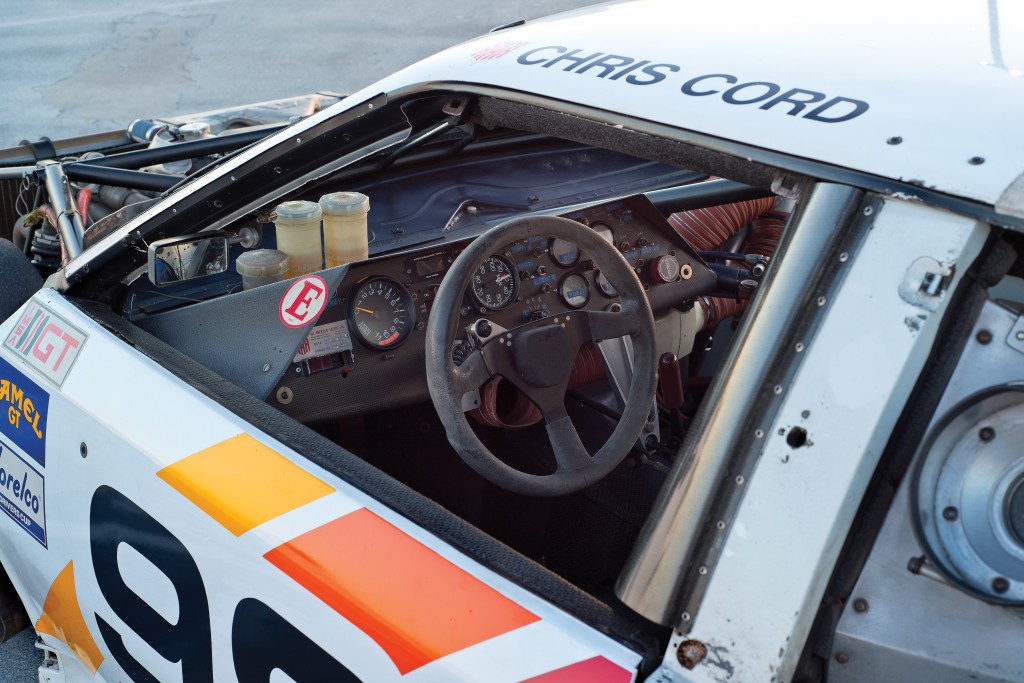 This car, chassis 86T-002, was completed in July 1986 and built to, and beyond, the framework of the rulebook. At its heart was the legendary four-cylinder Toyota T engine, which, in various forms, saw duty in everything from Formula Two, Formula Three, Group B rally, and World Rally Championship competition. 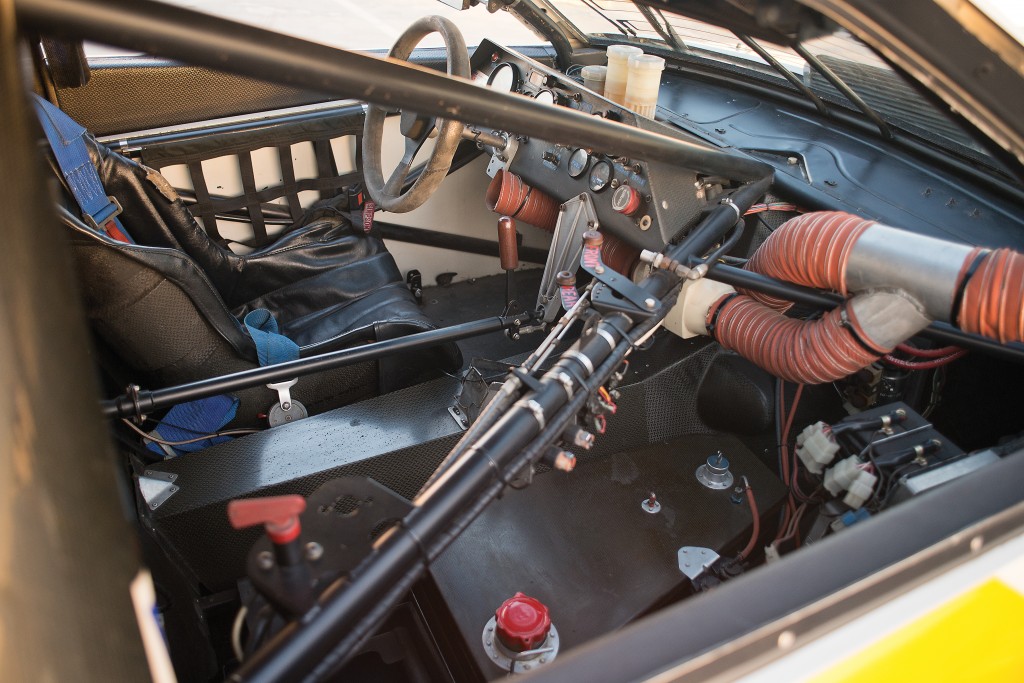 The GTO implementation made near 600 horsepower before IMSA-mandated restrictions were added. In a 1999 interview with Sports Compact Car, Gurney describes the IMSA GTO as being “…pretty good, a hairy motor. It was enough to get the job done!” 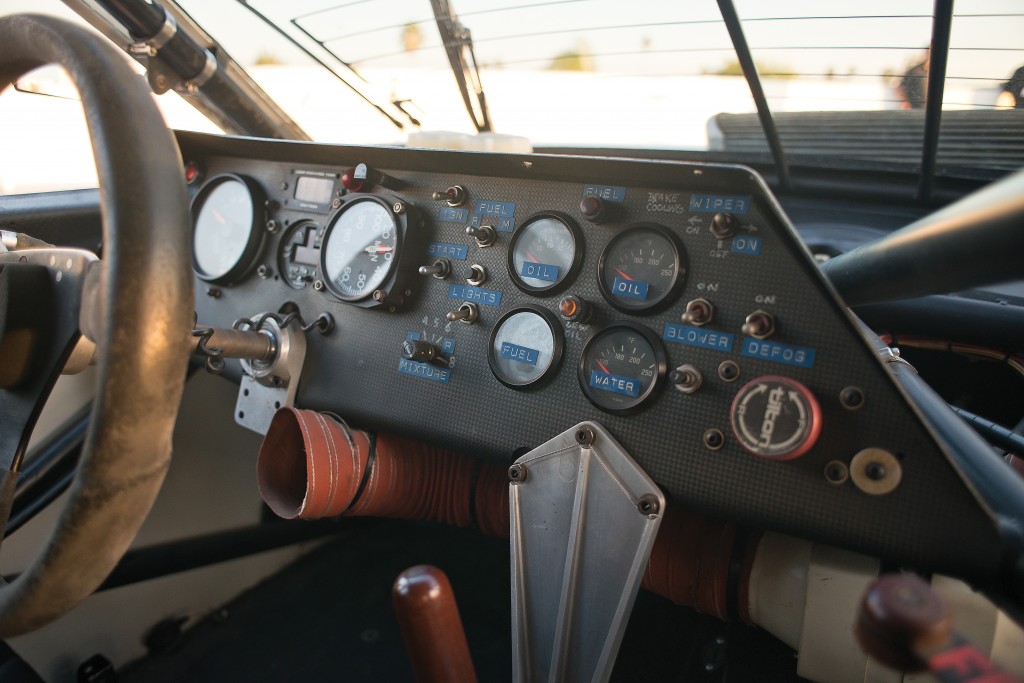 It is a Celica in name only. In truth, AAR built a tubular space frame machine that had a rear-drive chassis, a rear-mounted Hewland transaxle, and enough bodywork modifications to make a plastic surgeon blush. 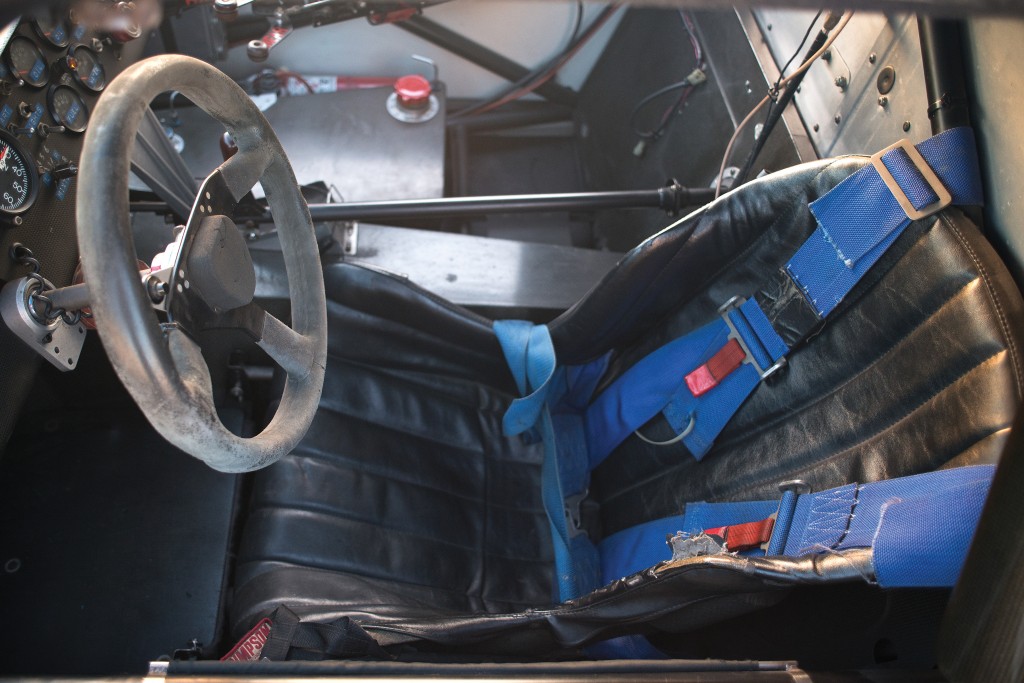 After the program concluded in 1989, this car was sold directly by Toyota Motor Sales U.S.A. to their championship-winning driver Chris Cord, and it now incorporates all of the latest performance developments, including a revised suspension setup, a carbon fiber body and driveshaft, a more robust gearbox, and aerodynamic improvements. With only three owners from new, including Toyota, this mighty Celica IMSA GTO is being offered from a prominent Southern California collection. 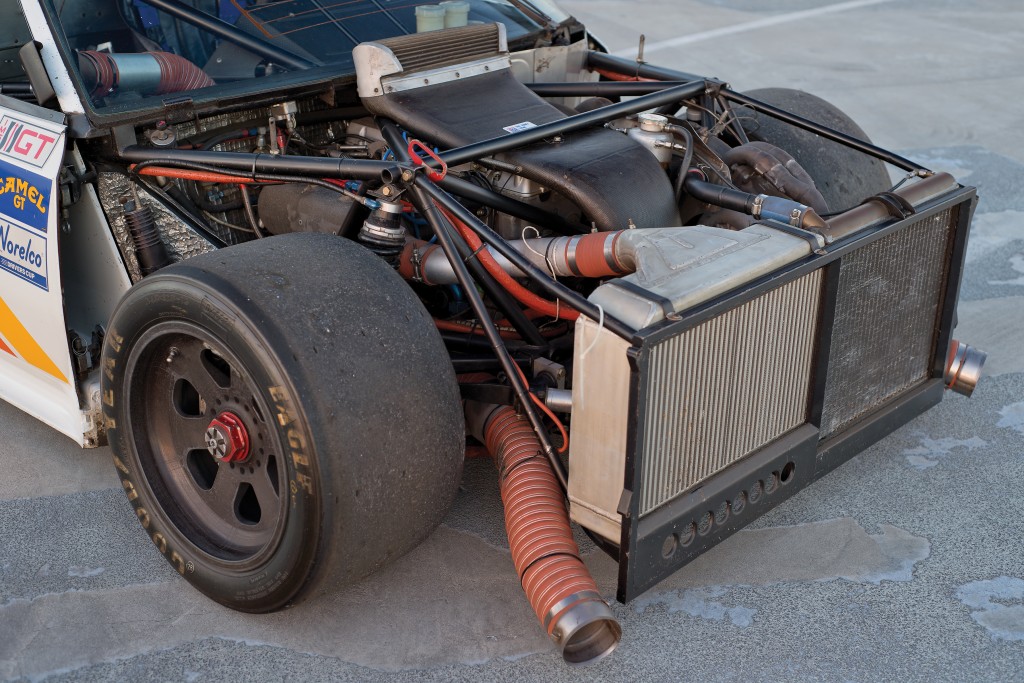 It represents an opportunity to own a championship-winning design that remained competitive until taking its very last checkered flag—not to mention one that’s a rare example of a successful partnership between American engineering talent and Japanese muscle.