Few race cars of the Porsche pantheon are as universally acclaimed as the 956. The car is a brilliantly engineered aesthetic wonder. It was born of another round of FISA rule changes that ultimately resulted in the emergence of several marque innovations. The 956 was the first Porsche race car to feature monocoque construction, with even the engine serving as a load-bearing component. The 956 was also the first such car to feature so-called ground effects, which are the aerodynamic channelling body features that maximise cornering force. The 935/76 flat-six turbocharged engine, which was a development of the company’s foray into Indy racing, was tuned to meet the new Group C regulations, which limited fuel use during races. 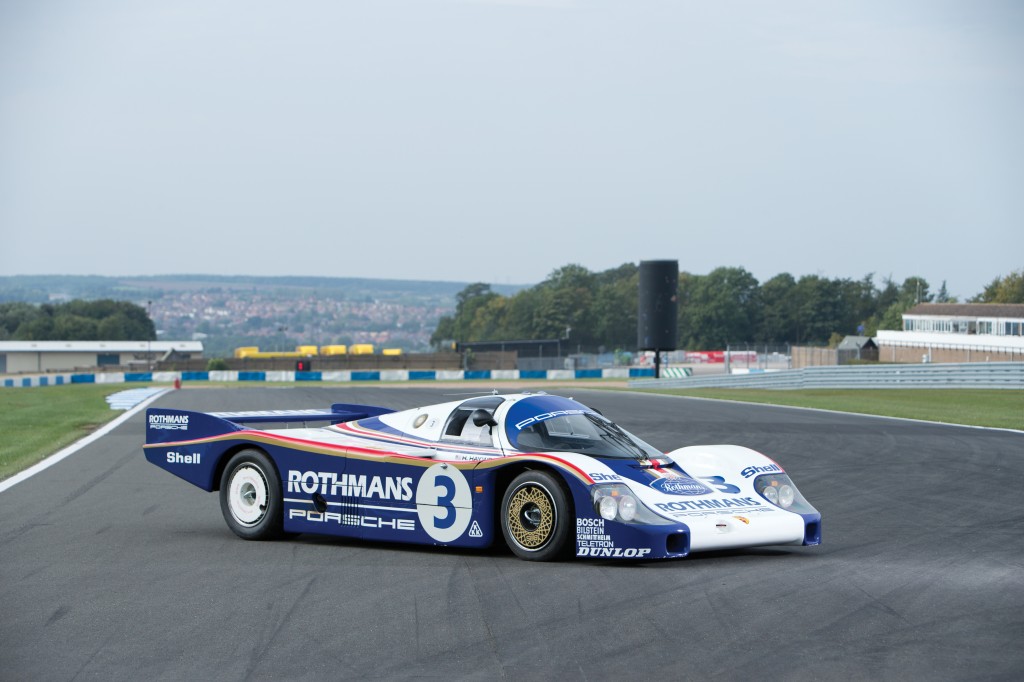 The 956 was a winner from the start, as it took a 1-2-3 finish at the 1982 24 Hours of Le Mans in just its second race. The model then dominated the next few seasons, with the Rothmans-sponsored Porsche factory team winning Le Mans again in 1983 and privateering 956s taking the honour in 1984 and 1985. After four straight wins by the 956 at Sarthe, FISA changed Group C rules again, in an apparent attempt to do away with the unbeatable car. Despite these measures, the modified development of the 956 that emerged, the 962, posted an equally impressive run in Group C and the IMSA-GT series in the United States. In total, the 956 and its derivative dominated prototype racing for over 10 years, undergoing remarkably little modification during that time, which is a true testament to the success of its design. 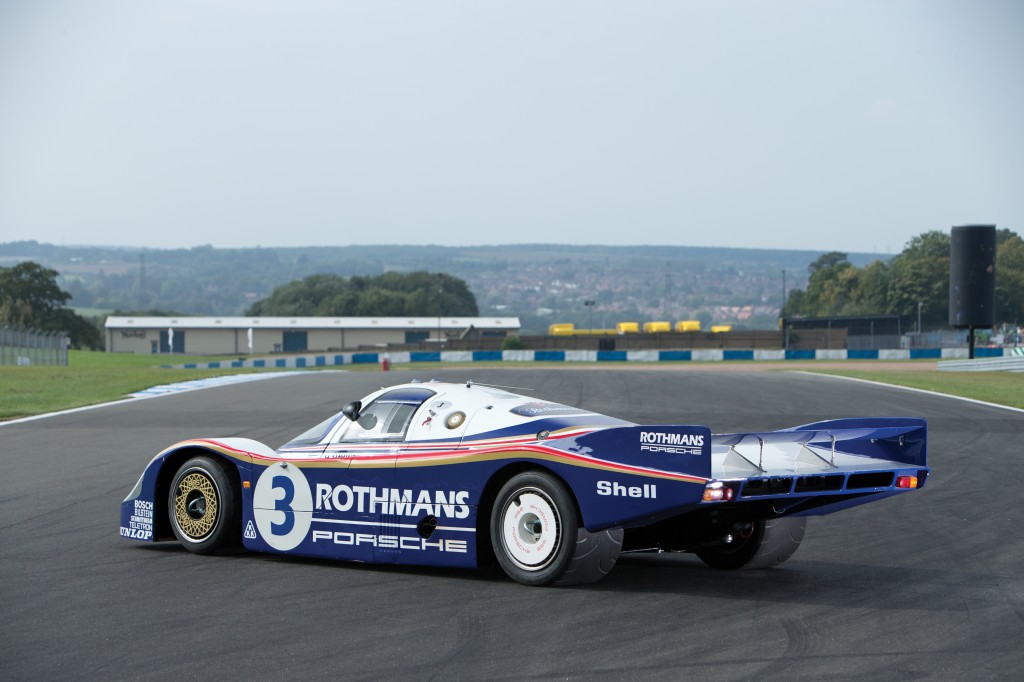 Chassis 956-004 is the fourth of just ten factory examples produced in the 956’s first year. The car was completed on 18 June 1982, and it set off for Le Mans the following morning. The car, running as #3, was fitted with a long-tail rear bonnet (for improved stability on the Mulsanne Straight) and was driven by Hurley Haywood and Al Holbert, with factory test driver (and current Porsche guru) Jürgen Barth taking over for Haywood after he became ill. At 4:00 a.m. on Sunday morning, the car was in 9th place, climbing to 4th within six hours. At just over 23 hours, 956-004 entered the top three, holding position through to the remainder of the race to finish 3rd in Porsche’s famous 1-2-3 sweep. 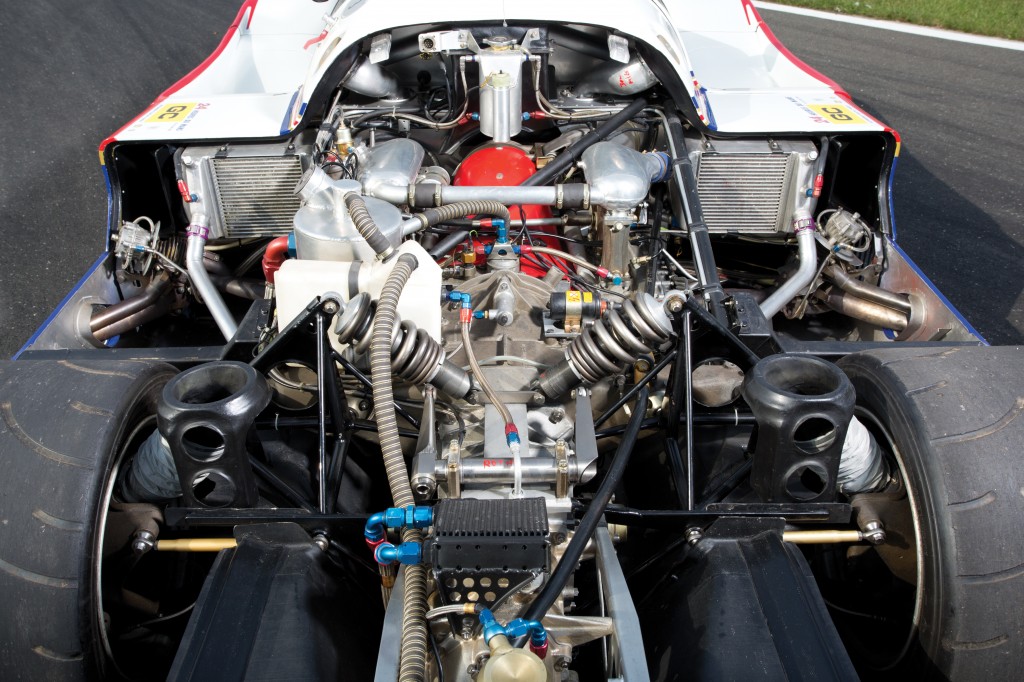 Following Le Mans, 956-004 was fitted with the shorter high-downforce rear bonnet, and it assumed the duties of car #2, but it was now piloted by the legendary Derek Bell and Australian driver Vern Schuppan. At the 1000 KM of Spa on 5 September 1982, the car finished 2nd, but a tyre failure at the Fuji 6 Hours on 3 October resulted in a DNF. The car returned to form at Kyalami on 6 November, taking 2nd place. 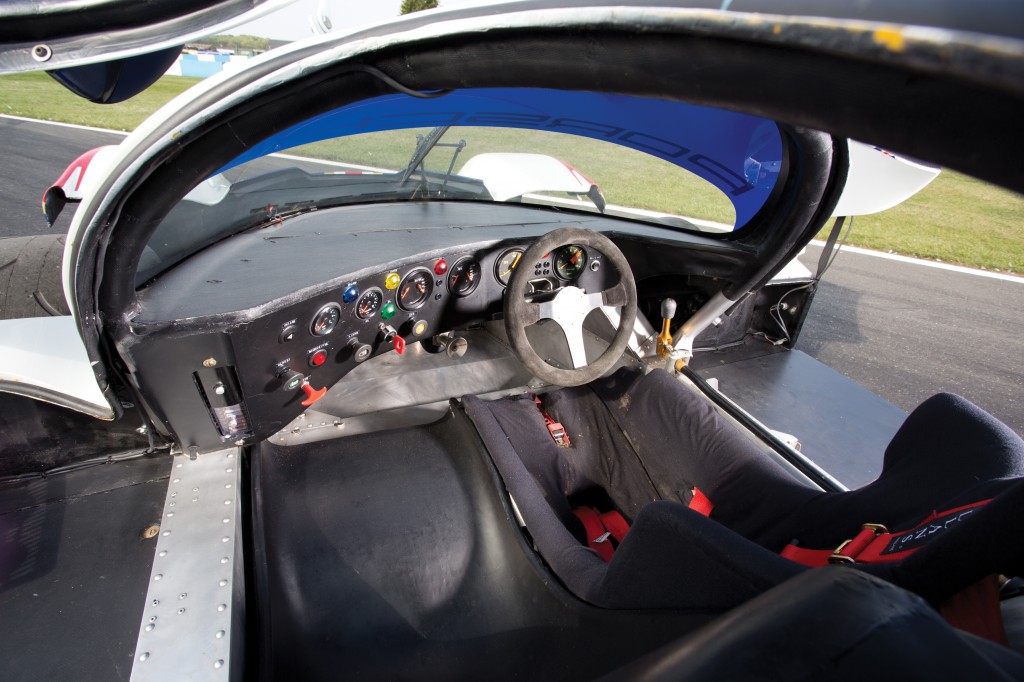 Entering the 1983 season, 956-004 faced somewhat of a disadvantage, as the new 1983 customer cars featured lighter chassis. As such, 004 was used as a reserve during Monza and Spa in the spring of 1983, and then it was ultimately withdrawn from Le Mans after being officially entered for Schuppan and Barth. Interestingly, the car was instead driven for qualifying by Bell, Barth, and Jacky Ickx, and they simultaneously used it as a camera car for a John Frankenheimer film that was never actually released. 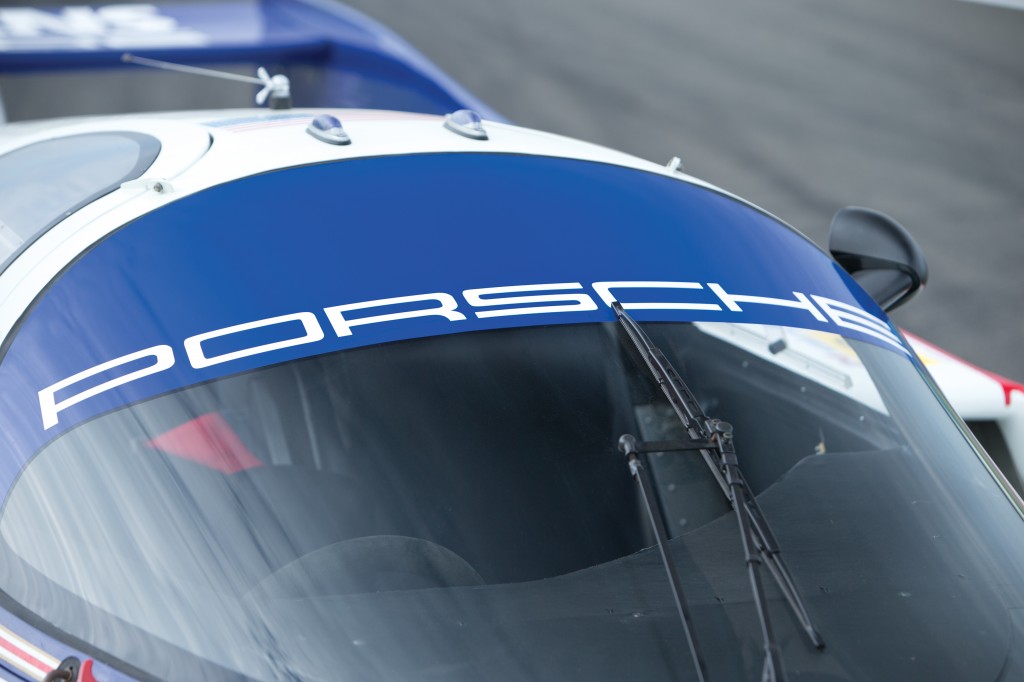 Following accidents to two other factory cars, 956-004 was again pressed into duty at Spa on 4 September, where it was driven by Bell and Stefan Bellof to a 2nd place finish. The car took the quickest time in the first session of qualifying at Brands Hatch two weeks later, and it finished 3rd in the race on 18 September. Chassis 004 concluded the season at Fuji as a camera car, and it returned in 1984 in a subsidiary role, serving as a spare car at Monza on 23 April 1984. On May 13, at Silverstone, the car was again raced as a camera car, although now under the banner of GTi engineering, and it was driven by Richard Lloyd and Pink Floyd drummer Nick Mason. 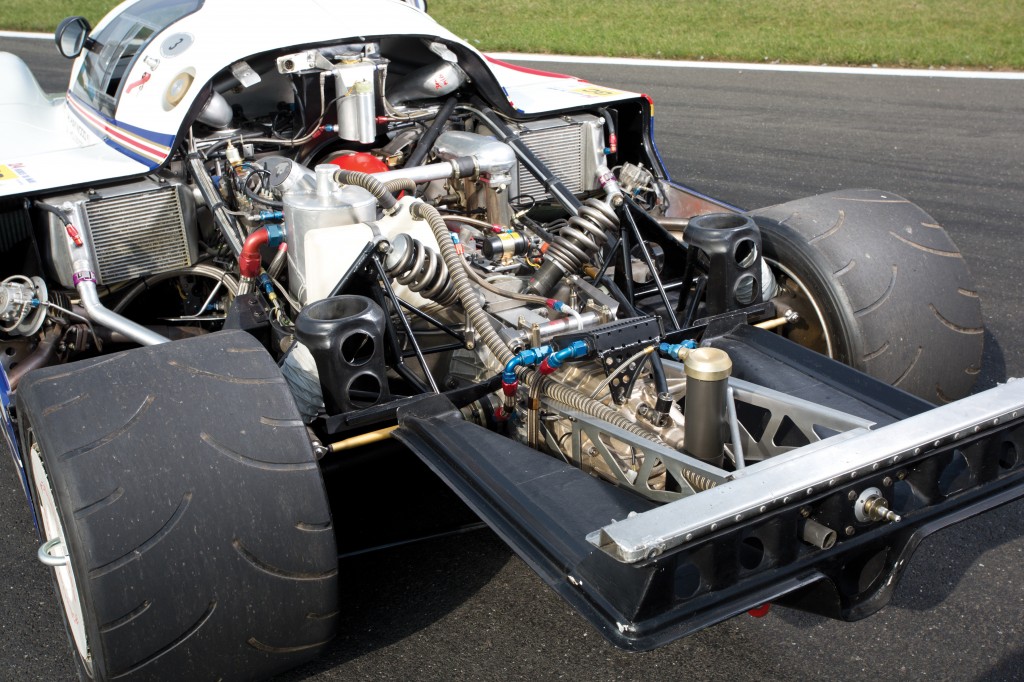 Entering the swansong of its competition life, 956-004 raced at the Spa 1000 KM on 2 September, taking 6th place as car #3 and being driven by Schuppan and John Watson. At Fuji, on 30 September, Lloyd again drove the 956 as a camera car, and on 2 December, the 956 concluded its competition career with an 8th place finish at Sandown Park in Australia, where it was piloted by Schuppan and 1980 F1 Champion Alan Jones. Although it was delivered to Monza in April 1985 for possible entry, and it was used for many practice laps by Jacky Ickx, 956-004 was ultimately relegated to spare-car status for the race, marking the finish of its well-documented racing pedigree. 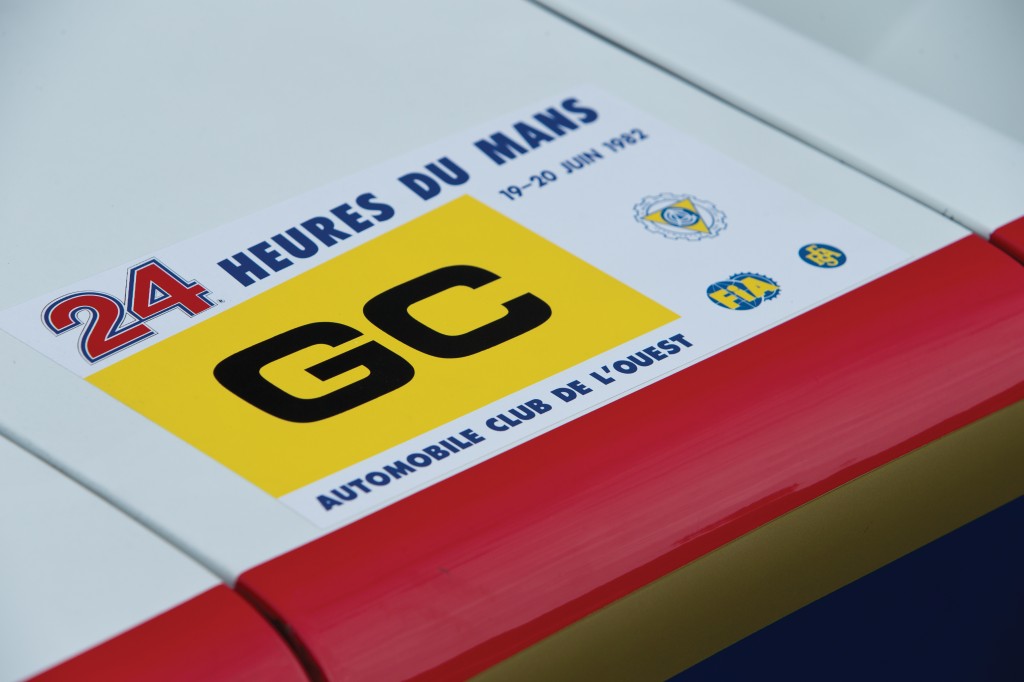 After several major accidents in customer cars, and in an effort to improve safety, Porsche nominated chassis 004 and 010 as candidates for further safety testing. This car was then directly purchased from the factory on 14 August 1990, by Willi Kauhsen, a former privateer who raced Porsches during the late 1960s and early 1970s. This transaction was reportedly conducted directly between Mr Kauhsen and then-Porsche chief Dr Ulrich Bez (now the CEO of Aston Martin) at the behest of renowned Weissach engineer Helmut Flegl. Mr Kauhsen arranged for a factory-supervised rebuild as a component of his purchase, and the process was overseen at Weissach by mechanics Walter Marelja and Dieter Hecker, the original members of the 956 development team. Following completion of the restoration, the execution was assured by a careful inspection in July 1992 by Rolf Sprenger, Porsche’s onetime chief of maintenance and service. 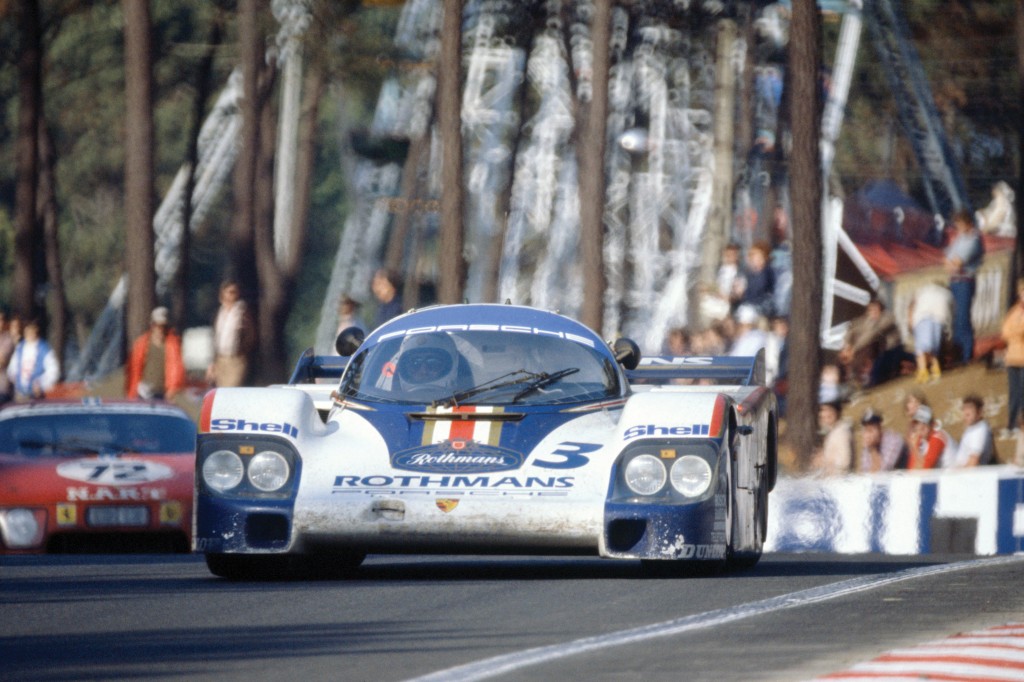 Chassis 956-004 has been rarely used or driven since restoration, and it has not experienced significant time apart from its appearance at the Goodwood Festival of Speed in 2012. This car, which was acquired by the consignor more recently, boasts associations with some of Porsche’s most important drivers, including Derek Bell and Jürgen Barth, and it has a bona fide competition record of great merit, including its memorable 3rd place finish at Le Mans in 1982. 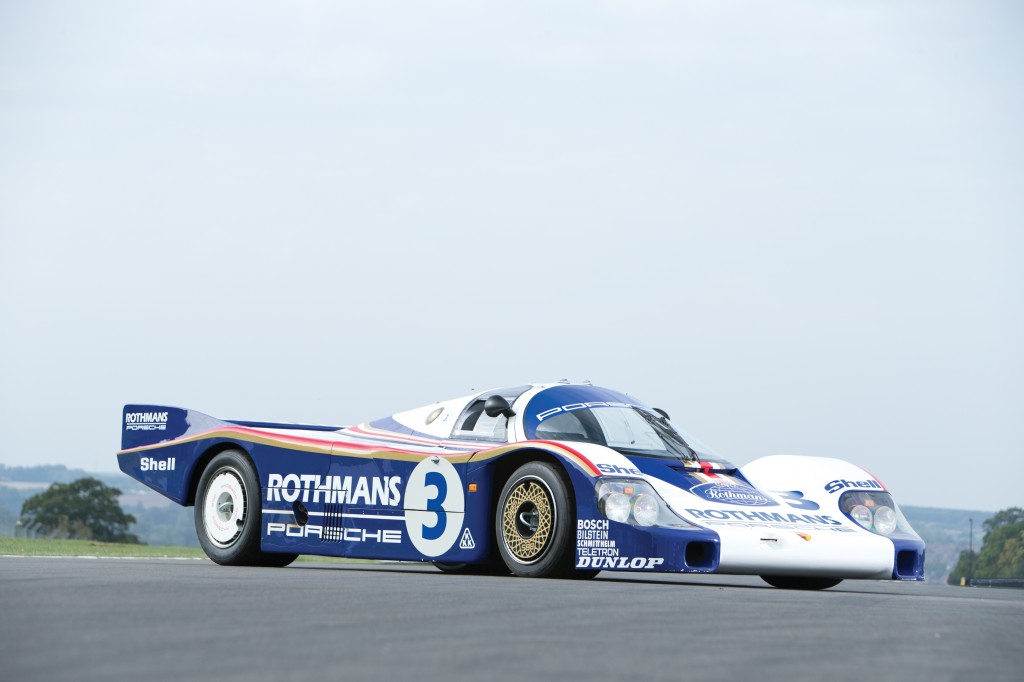 This Rothmans Porsche 956 is one of the most iconic racing cars to come to market in recent years. Since retiring, this important 956 has been owned by just three dutiful caretakers, and the car now warrants serious consideration by any dedicated Porsche collector or aficionado of modern prototype race cars.