The Porsche 934½ has been described as an “odd duck,” but no matter what one calls it, this was a factory-crafted racing car with a very specific purpose: to maintain the dominance achieved by the normally aspirated RSRs in IMSA’s GT category. The 934 was one of two racing versions of the Type 930, or Turbo Carrera, Porsche’s first production-based turbocharged automobile. One was the 934, configured for FIA Group 4, while the other was the ferocious Group 5 935 that would eventually come to dominate GT racing in the 1980s. 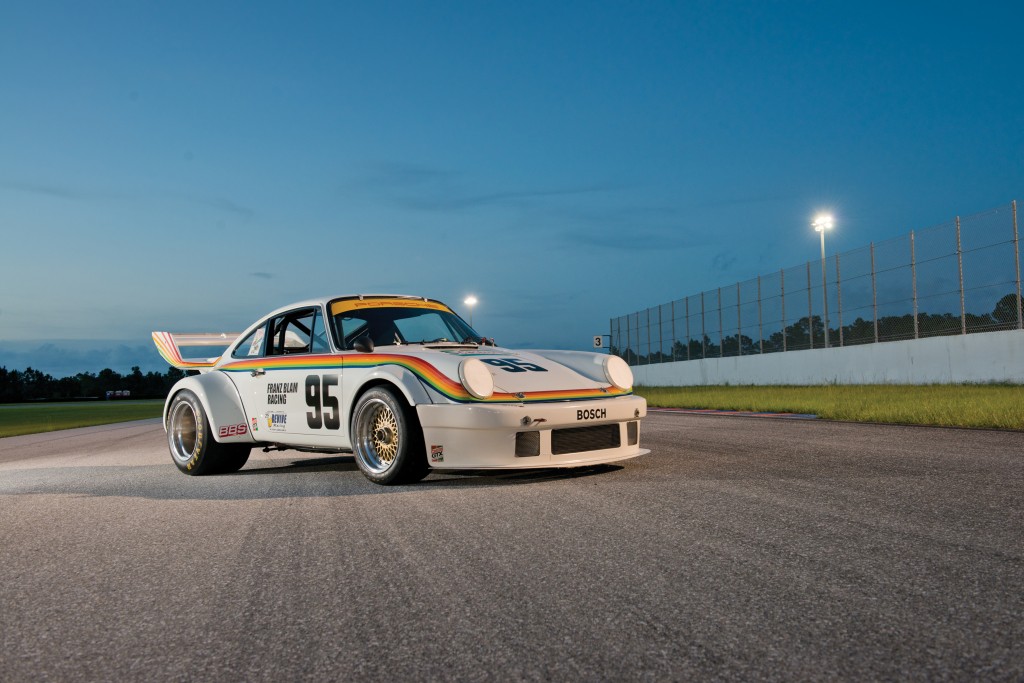 When Porsche’s competitors complained that turbocharging would give Porsche an unfair advantage, IMSA refused the 934 for its 1976 season. Porsche instead turned to the SCCA’s Trans-Am series, which was happy to steal some of IMSA’s thunder. The 934 proved highly successful in Trans-Am, with George Follmer handily winning the season title in what was really a lightly modified production car that was fitted with a full aluminum-alloy roll cage, yet it still retained the 930’s electric window lifts. With interest in its own series waning, IMSA relented and allowed turbocharging for 1977, along with large rear wings and wider fenders. 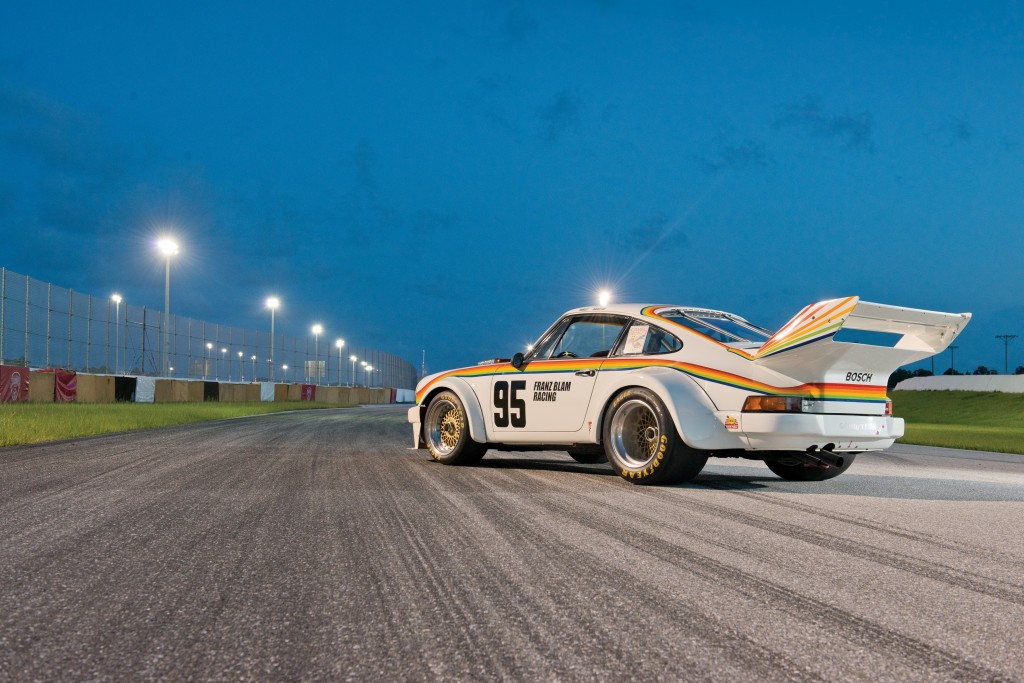 In late 1976, with the 935 just entering production, Porsche produced 10 examples of an upgraded 934 specifically for IMSA competition. While almost wholly 934 under the skin, the “934½” offered most of the aerodynamic features of the 935, including a front air dam, a large rear wing, and much wider front and rear fenders. 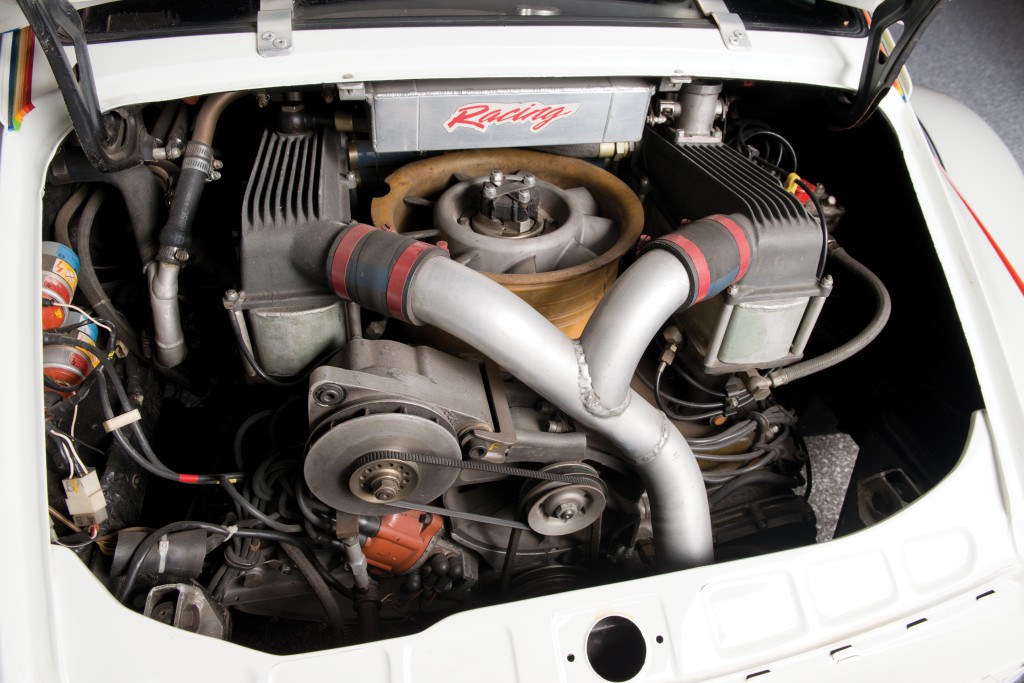 At the first race of the season, politics again intervened, and Peter Gregg’s new car was banned on the spot. Angered, Porsche immediately went back to Trans-Am, and the interim “point-five” captured all but two of the season’s eight contests. Unfortunately, another team, running a standard 934, protested the new car as illegal at Canada’s Mosport round, and the SCCA took away Gregg’s championship. Since Gregg had taken the checkered flag at eight races, Porsche spitefully produced a commemorative poster claiming the title. 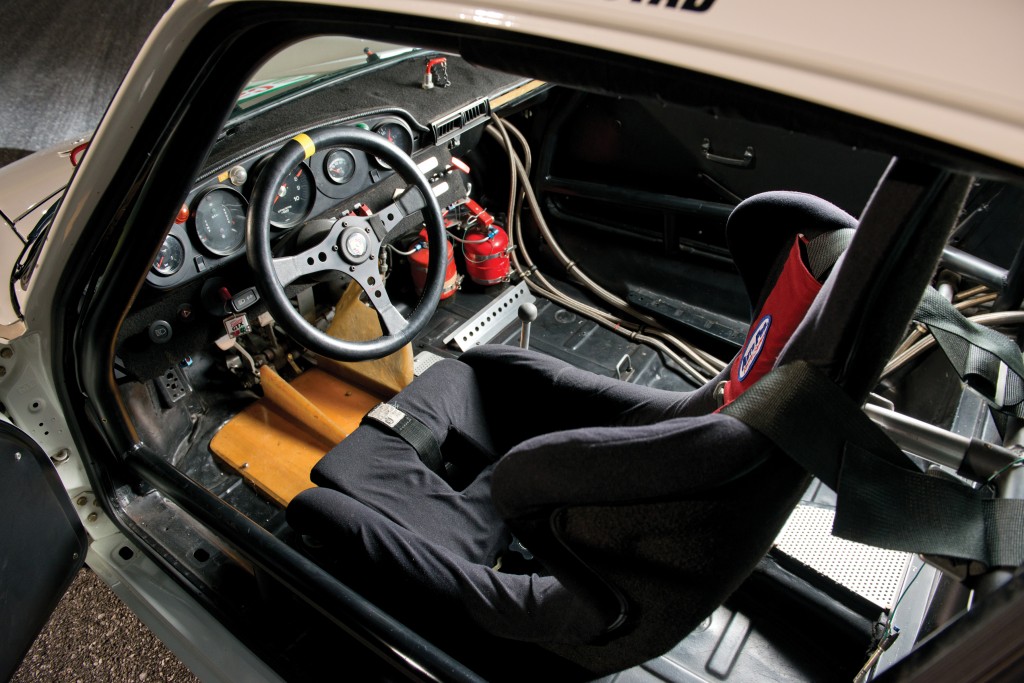 Number seven in the series of ten, this example was purchased by Porsche-Audi dealer Bob Hagestad Racing at the factory’s request (list price almost $42,000), with the intent that it be raced in both IMSA and the Trans-Am series. Hagestad brought budding IMSA endurance racing super-star Hurley Haywood aboard as a co-driver. Its first contest was at Road Atlanta; however, it failed to finish, though Haywood qualified 3rd in GTO. 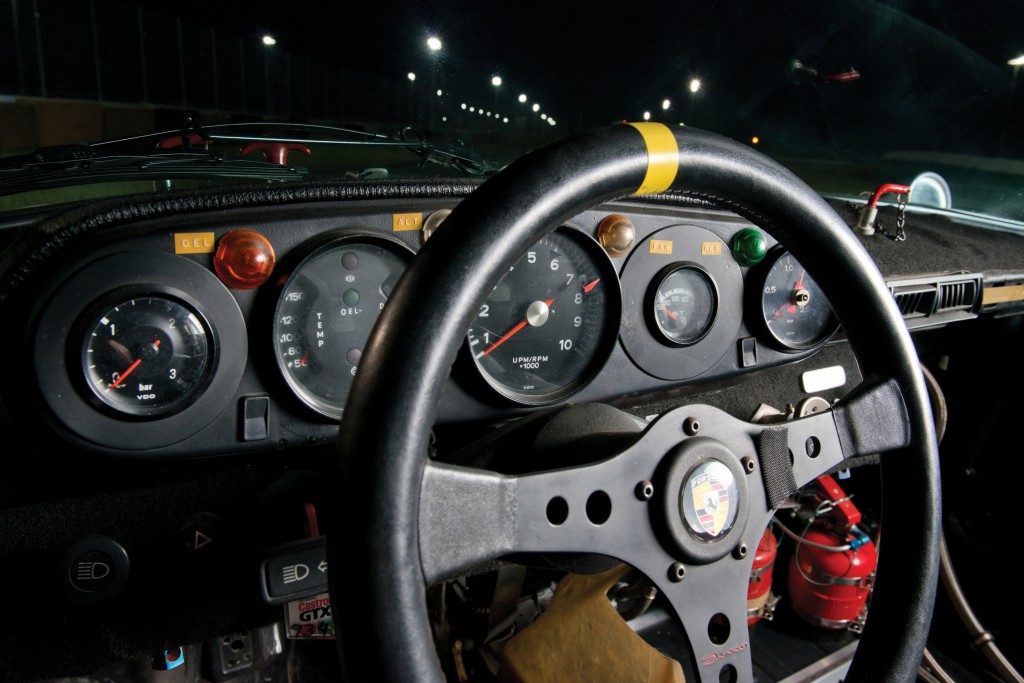 Materials provided by the consignor indicate that the team rebounded and took 7th at Laguna Seca, with Franz Blam Racing as the entrant. Haywood drove the car to a strong 3rd place at Mid-America and 2nd at Lime Rock, with both of these being 100-mile sprints. The car failed to finish at Mid-Ohio, but Haywood finished 2nd in class at Mid-Ohio two weeks later. Hagestad then took his turn at the wheel, scoring a win at the Road Atlanta Trans-Am event in late June. Haywood took 2nd at the Daytona Paul Revere 250; after which, he and Hagestad combined for a good 3rd place at the Watkins Glen Six Hours. Haywood’s visit to Sears Point proved unsuccessful, with the car not finishing, but at Pocono in August, he was 3rd. Hagestad and Haywood again co-drove at the Mid-Ohio Three Hours, where they were 4th overall and 1st in class. Haywood wrapped up a successful season with a 3rd place at Road Atlanta, a DNF at always-challenging Laguna Seca, and a 1st place at the Daytona 250-mile finale. All told, says the consignor, this car finished the season with 10 podium appearances in 15 races, and it was 2nd overall in the 1977 IMSA Championship. 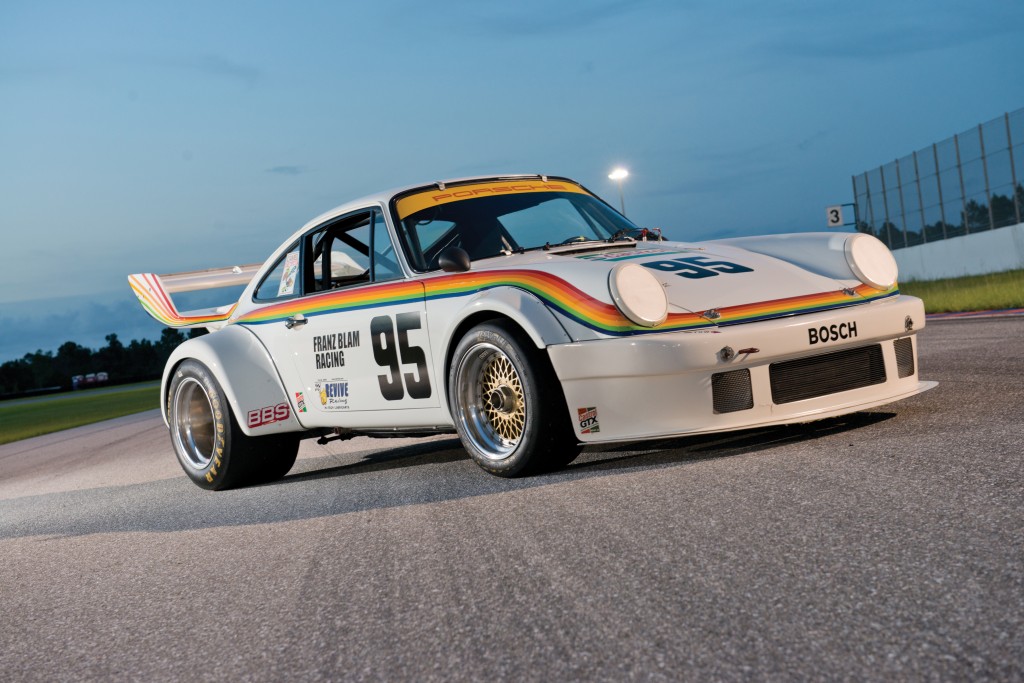 In 1978, Hagestad and Haywood were joined by the effervescent Doc Bundy at the Daytona opener, but the car, now upgraded to 935 specifications and running in IMSA’s new GTX category, suffered clutch failure and did not complete the race. Hagestad and Haywood finished 2nd at Sebring but DNF’d at Talladega. Haywood also dropped out at Road Atlanta, but he found his pace again at Laguna Seca, for an excellent 2nd place with Vasek Polak sponsorship. 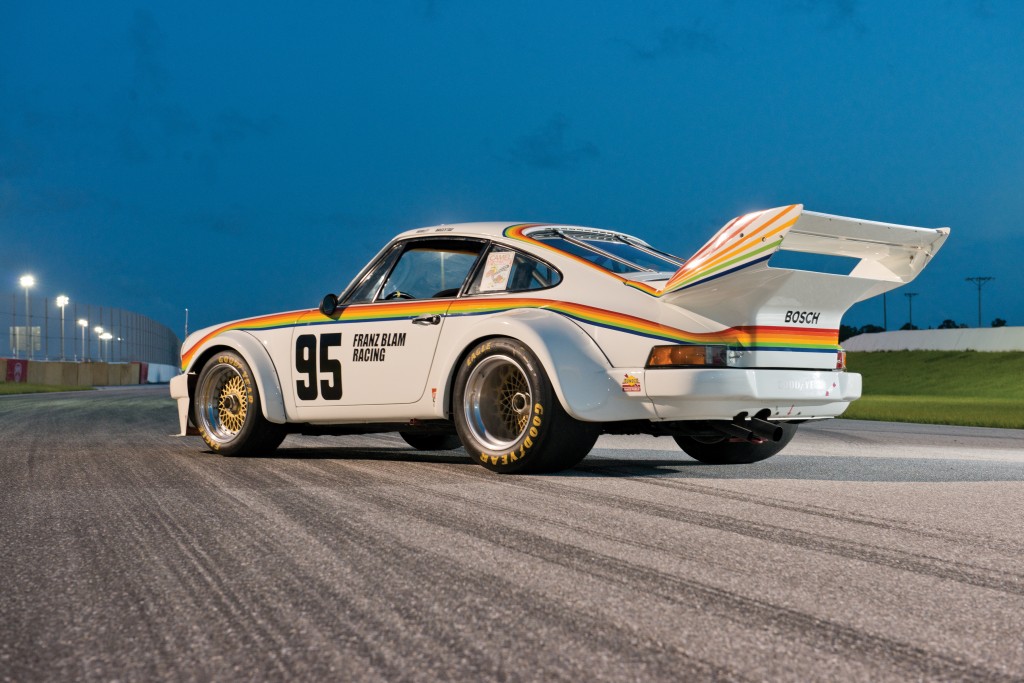 In 1979, the car was sold to Floridian Charles Mendez’s Racing Associates. Painted blue and running with Busch Beer sponsorship, it again proved quite competitive in the hands of Mendez and various co-drivers. With Johnny Rutherford and Paul Miller, Mendez finished 15th overall at the Daytona 24 Hours. Brian Redman joined Mendez and Miller at Sebring, qualifying 4th and capturing 2nd place at the end of the 12-hour contest. The team was 8th at Road Atlanta with Mendez, but it DNF’d at Riverside with Paul Miller co-driving. Then followed 6th, 3rd, and 4th place finishes for Mendez at Hallet, Lime Rock, and Brainerd, respectively, and then a 5th place for Mendez and Miller at the Watkins Glen Six Hours. Ron McFarlin drove the car to 13th at Laguna Seca, and Mendez was 5th at Portland. Bob Akin took the wheel to score an 8th place finish at the second Road Atlanta contest. Akin and Roy Woods teamed to wrap up the season with a 6th place at the season’s final race at Daytona.

The car ran only two races in 1980. With Coca-Cola sponsorship, and painted red and white, Claude Ballot-Lena, Ralph Kent Cooke, and Gerard Bleynie qualified 12th at the Daytona 24 Hours, but they dropped out with ignition problems. The Sebring 12 Hours was the car’s last race, with Cooke and Lynn St. James sharing the wheel, but, again, the car failed to go the distance.

The consignor states that this car has been restored to its original 934½ configuration, and it appears in period-correct white Franz Blam Racing livery. Fitted with its proper Type 930/73 three-liter flat-six engine with single KKK turbocharger, intercooler, and mechanical fuel injection, the engine produces nearly 600 horsepower and 435 foot-pounds of torque, depending on turbo boost. Power is transmitted through a 930 four-speed transaxle. The wheels are lightweight, 16-inch diameter BBS alloys and are 10.5-inches wide in the front and 14.5-inches wide in the rear.