From the start of post-war competition, Enzo Ferrari quickly established his young company’s position at the very top of international competition. Whether in open wheel grand prix or sports car racing, the cars carrying the yellow shield became the weapon of choice for both professional and talented amateurs who wanted to see themselves at the front of the grid and in the winner’s circle. Alberto Ascari led the way for Ferrari by winning the Formula One World Championship title two years in a row, in 1952 and 1953. 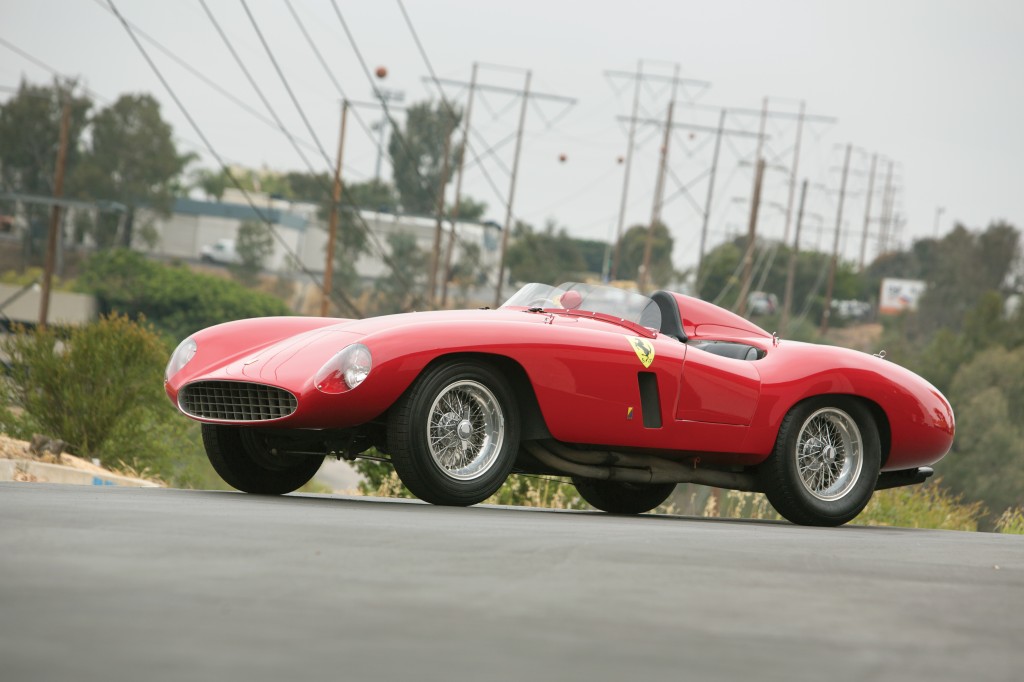 Ascari’s winning car was the Ferrari 500, powered by a Lampredi-designed four-cylinder twin overhead camshaft engine. The benefits of the strong low-rev torque on tight and twisty tracks led the factory to fit this engine into their next sports racing cars, the Ferrari 625 and the larger displacement 725. As was often the case, a choice of displacements was offered to best suit the competitive situation, so the next development was a two-liter 500 and a three-liter 750. The chassis that they were fitted to became the 500 Mondial and 750 Monza. Boasting simple, lightweight frames and bodies, and weighing approximately 1,700 pounds, they provided impressive and winning performance. 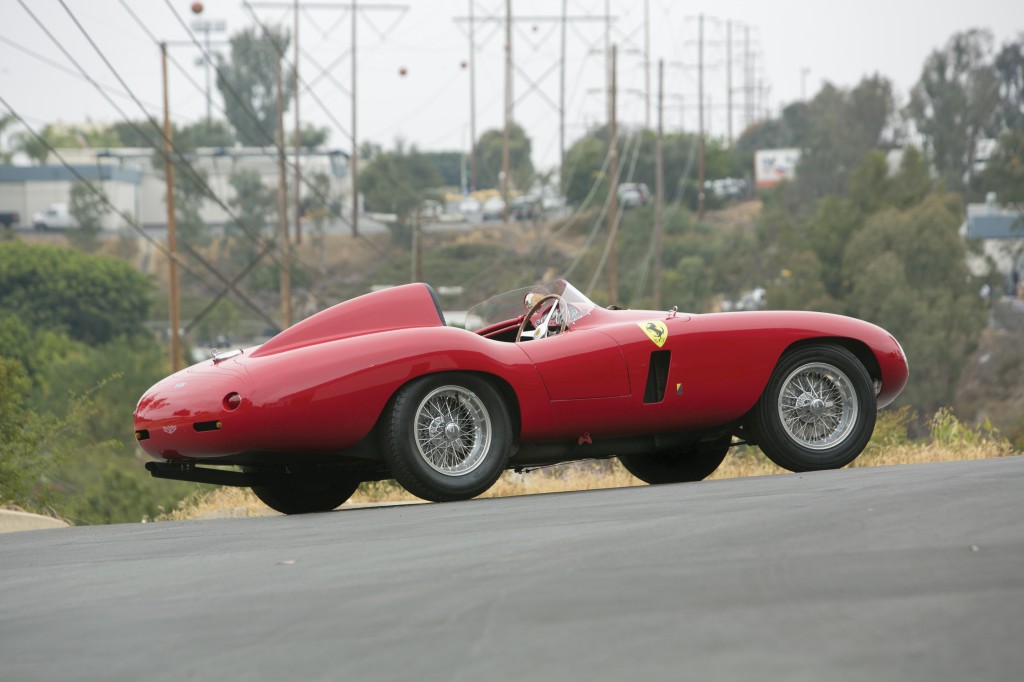 Notably, the Monza has become known for innovation in engineering. The model boasted a five-speed transaxle paired with a de Dion independent rear axle assembly. This design delivered more advantageous weight distribution and better traction, both of which were key to extracting maximum performance on rough road surfaces, as encountered on many of the leading long-distance and hill climb events. 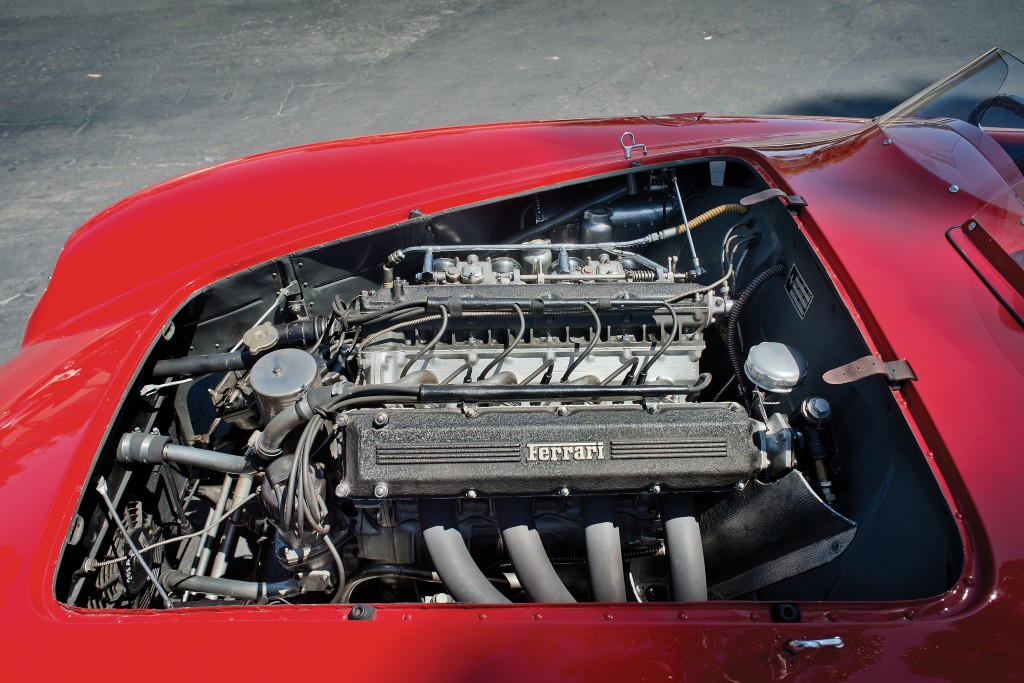 It is particularly unusual to find an example of such an important sports car that has outstanding period competition history and more recent vintage event history while still retaining its original engine and body. This 750 Monza is one such rara avis. Chassis 0530 was the 18th Monza built, and it was sold new in March 1955 to Count Luigi “Lulu” Chiaramonte Bordonaro, of Palermo, Italy. Interestingly, the extensive history prepared by noted Ferrari historian Marcel Massini indicates that the Count actually purchased the car on a credit of 2,200,000 Lira from Ferrari, with an agreement it would be paid back no later than August 1960. Obviously Ferrari considered the Count to be a worthwhile driver to showcase their new car. 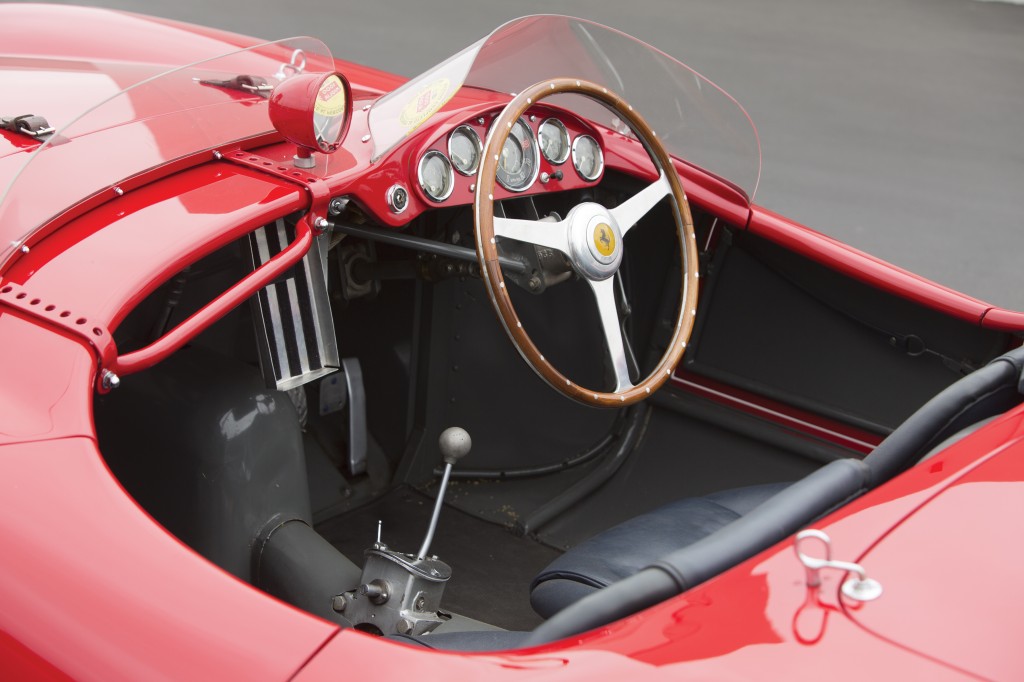 Bordonaro got to work right away, and on April 4th, he entered the XV Giro di Sicilia. The Count fulfilled the promise soon afterwards with an overall victory at the Corsa al Monte Pellegrino on April 11, 1955, and a 2nd overall finish at the Trapani-Monte Erice Hill Climb on May 22, 1955. He then ran the Monza in the Targa Mugello on June 5, 1955, finishing 2nd overall. More racing followed in 1955, with seven recorded entries in all. Bordonaro continued to campaign the car during 1956, once again winning overall at the Corsa al Monte Pellegrino and racing at other events, including the 1956 Targa Florio. 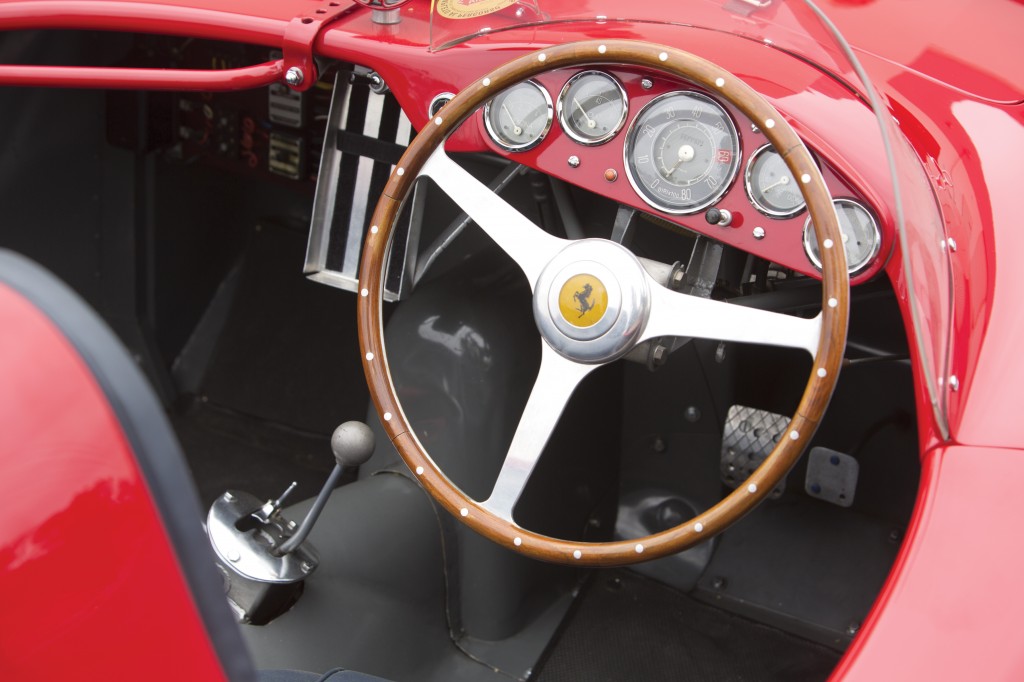 Chassis 0530M ran again at the Targa Florio in 1960, this time driven by Baron Bernardo Cammarota-Domenico Tramontana, who was obviously impressed enough with his “test drive” that he bought the car in April of 1961. The next year, “Nembo,” as Autofficina Giorgio Neri & Luciano Bonacini was known, sold the Monza to its third owner, well-known gentleman racer Carlo Eduardo Leto di Priolo. He placed the car in the museum at the Autodromo di Monza on loan, rather fitting for a car that took its name from that track in celebration of its first victory. This car remained on display in the museum for a decade, and in 1973, it was sold to the UK into the hands of Alastair Walker, of London. 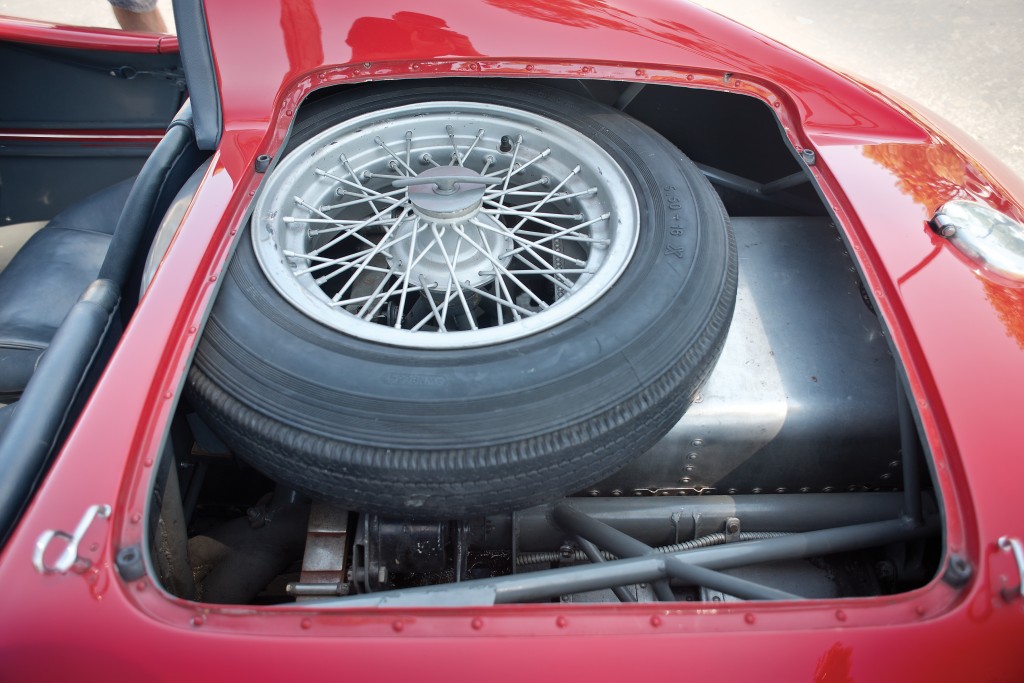 Mr. A.J.M. “Dries” Van der Lof, of the Netherlands, purchased the Ferrari in 1975 and entered it in vintage events, including the International Historic Races at Zandvoort in 1978. Next, it was sold to José Segimon, of Spain, in 1979, who kept the car in the UK, where it found its next owners in the early 1980s, who ran the Monza in the 1982 Mille Miglia Storica. In 1984, John Graham Foulston, owner of the Brands Hatch, Oulton Park, Cadwell Park, and Snetterton racing circuits, bought the Ferrari. He ran the Monza in a host of international events, including bringing 0530M back to Sicily for the historic Targa Florio, as well as the Nürburgring Oldtimer Grand Prix. His daughter, Mary, retained the car following his death in 1987 and drove it in the 1988 historic Targa Florio in October of that year. She later sold the car in 1994, after 10 years of family ownership. 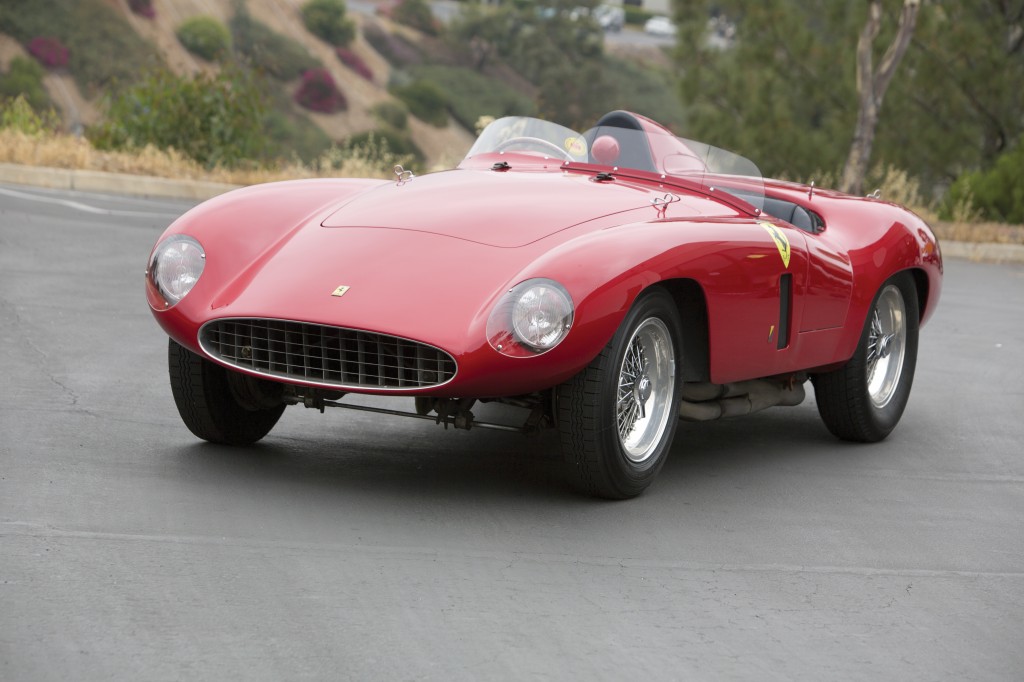