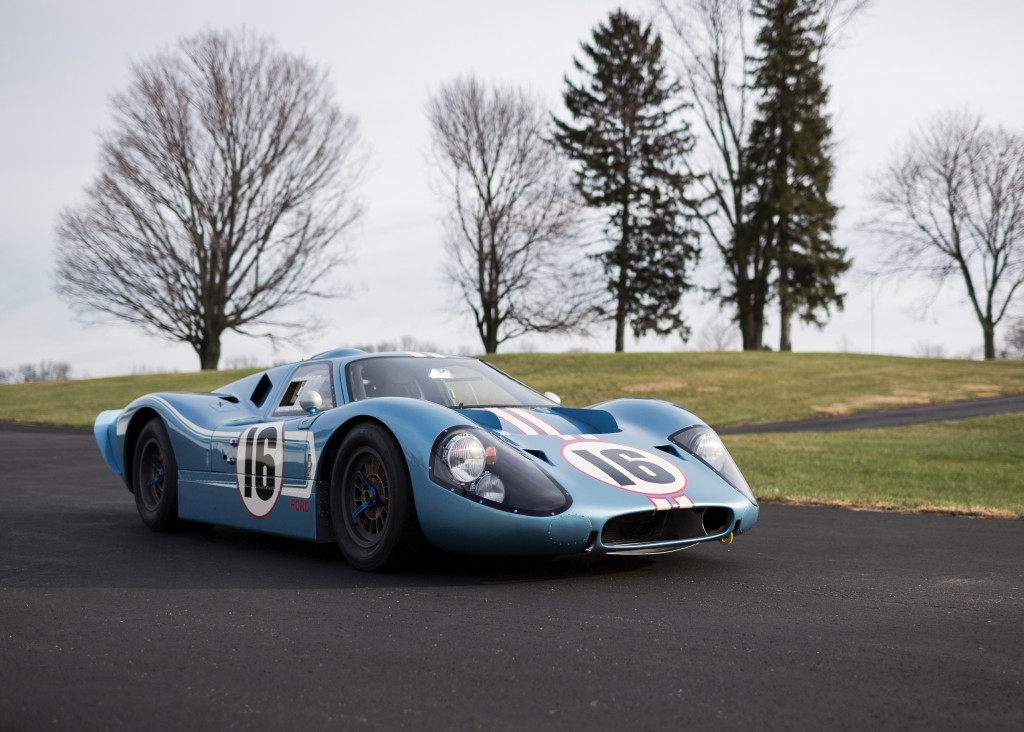 The fourth of only seven continuation Mk IV GT40s A faithful recreation of one of the most important American cars ever built, with assistance from Carroll Shelby, Dan Gurney, Phil Remington, and Edsel Ford II 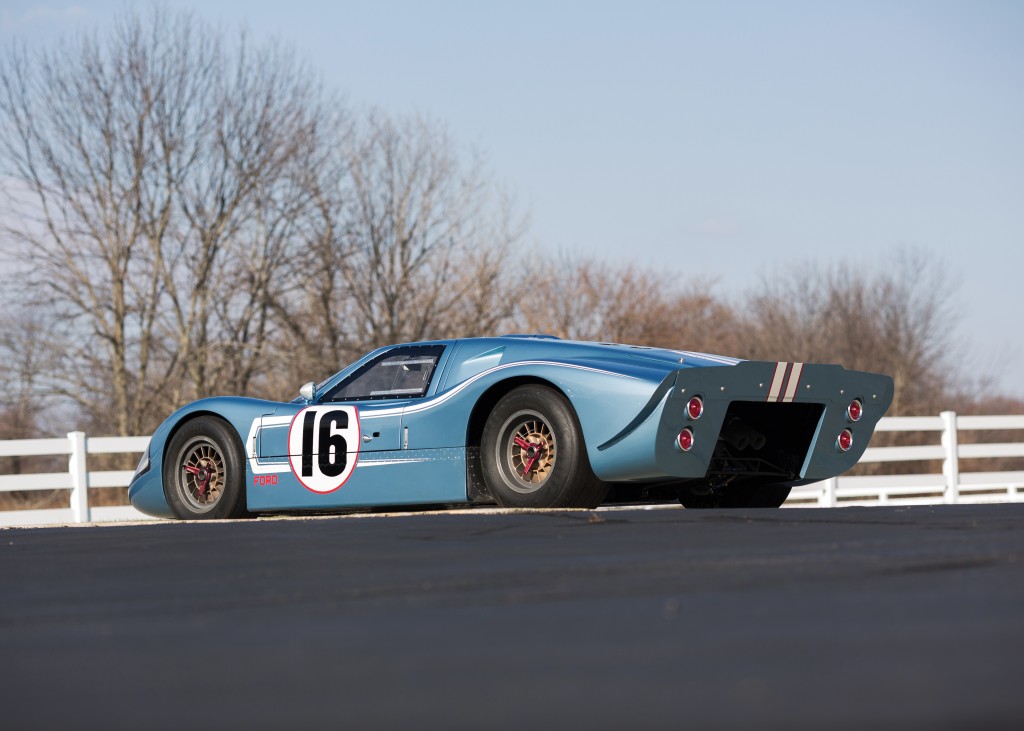 Perhaps the most significant post-war American race car ever produced was Ford’s Mk IV GT40, and it is nothing short of a racing legend. It was the ultimate development of the GT40 platform, and it took the fight straight to Ferrari, dominating a field that included the Ferrari 330 PF and the Chaparral 2F, as well as its predecessors, the GT40 Mk I and Mk IIB.

As history would reveal, the Mk IV would only be campaigned in two races, at the 1967 12 Hours of Sebring, where Mario Andretti and Bruce McLaren piloted a Mk IV to victory, and at the 1967 24 Hours of Le Mans, where Dan Gurney and A.J. Foyt outperformed all to the checkered flag and won the Index of Performance for the most efficient car. 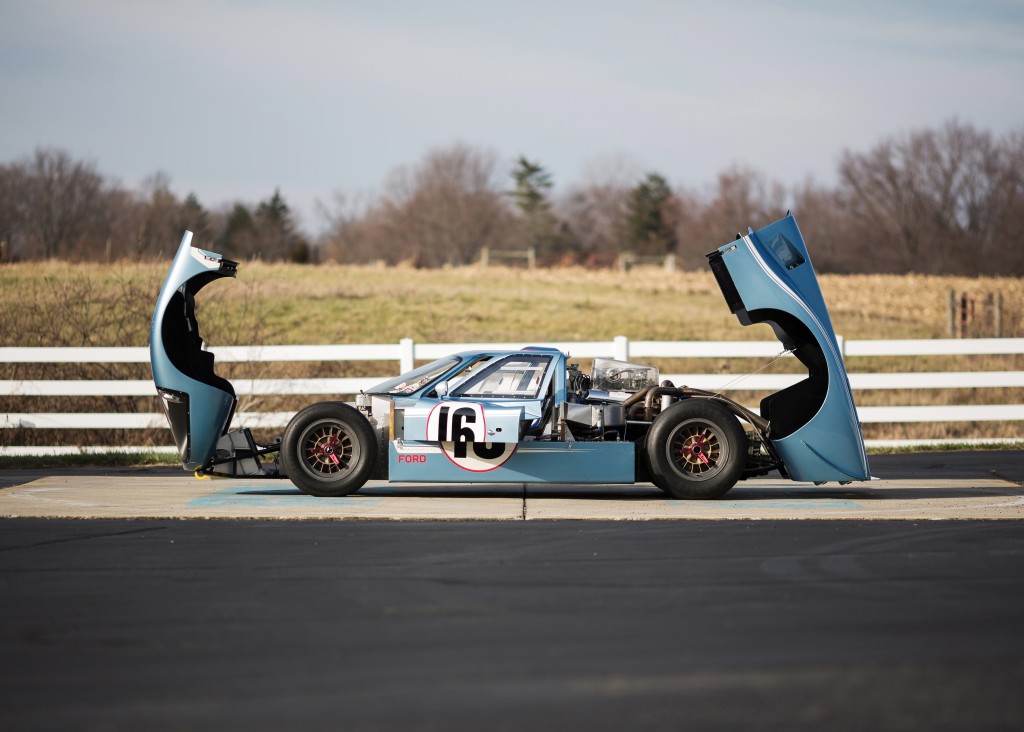 That victory is the only all-American outright win of an American-built chassis, engine, team, and drivers at the fabled Le Mans 24-hour endurance race. Due to the Mk IV’s unparalleled performance, the FIA quickly relegated the Mk IV to racing extinction by outlawing any prototype car that had larger than three-liter motors. 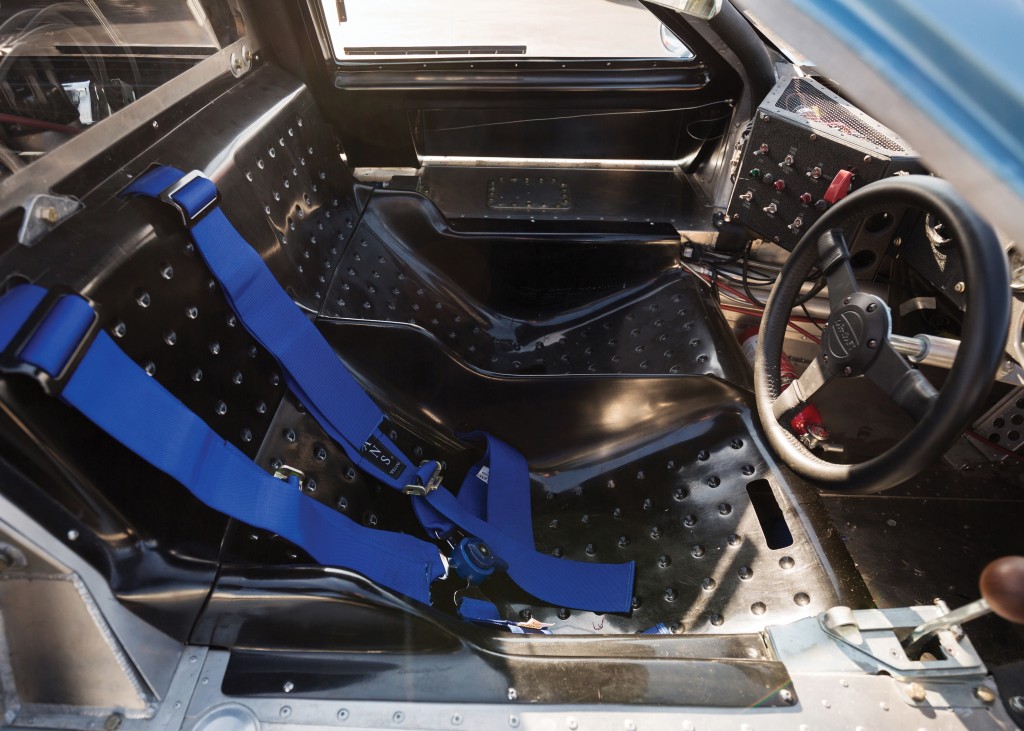