For the 1954 grand prix season, Lancia’s legendary chief engineer, Vittorio Jano, created yet another landmark automobile. The Lancia D50 boasted a twin-cam 90-degree V-8, which was located as a stressed member within the chassis and mounted at an angle so that the driveshaft could be placed beside the driver, lowering the driver’s position and the car’s centre of gravity. The gearbox was a five-speed unit, mounted transversely, with the final drive at the rear axle. Two pannier fuel tanks were placed between the rear wheels, to smooth airflow and to maintain balance as fuel levels changed. 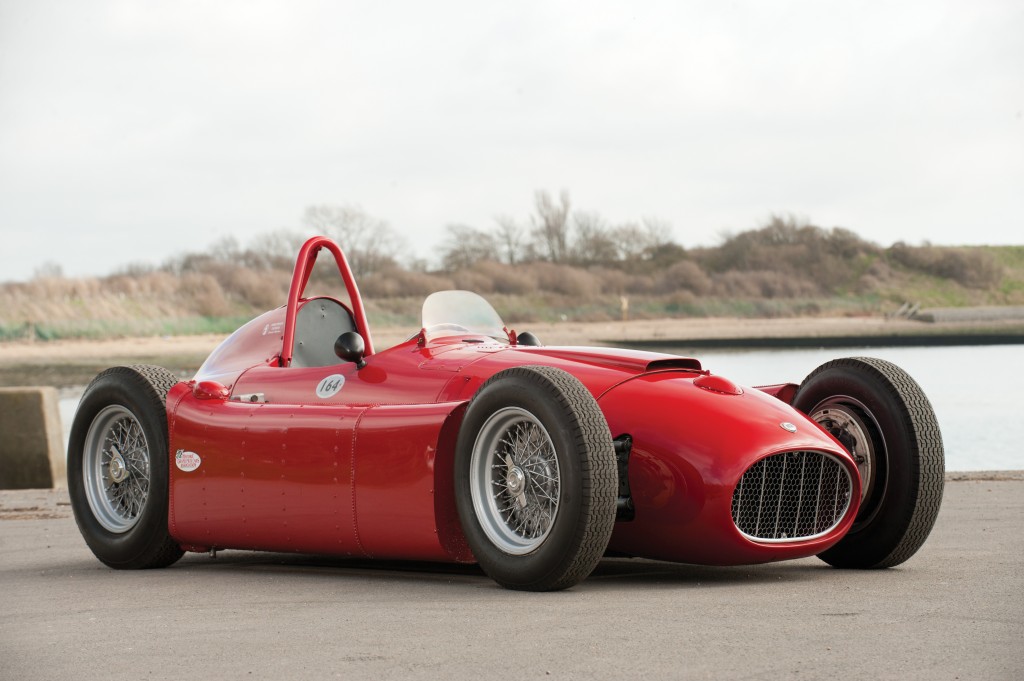 At the beginning of the season, this model was already being viewed as the only rival to the Mercedes-Benz W196. Accordingly, two-time world champion Alberto Ascari was signed from Ferrari to lead the team, alongside Gigi Villoresi and a young Eugenio Castellotti. Whilst the D50 did not make its grand prix debut until the final race of the 1954 season, the Spanish Grand Prix, Ascari practised a full second faster than Fangio in the Mercedes-Benz, qualified fastest, and drove away from the field before a minor manufacturing defect led to his car’s retirement. 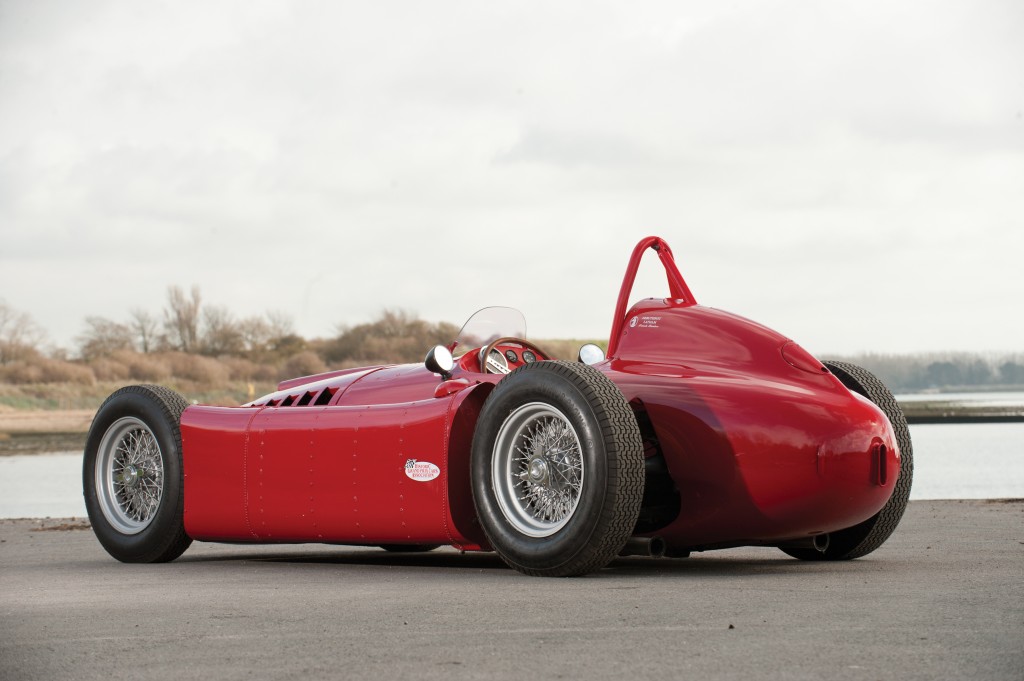 Hopes soared for the 1955 Formula One season. At Monaco in May 1955, Ascari and Fangio set identical times of 1:41.1 and started the race side-by-side from the front row. Unfortunately, both met swift ends: the Mercedes-Benz retired from the race and Ascari’s Lancia went out with a truly spectacular crash into Monaco Harbour. Astonishingly, Ascari emerged bruised but safe. Sadly, four days later, his luck ran out whilst testing a Ferrari at Monza. 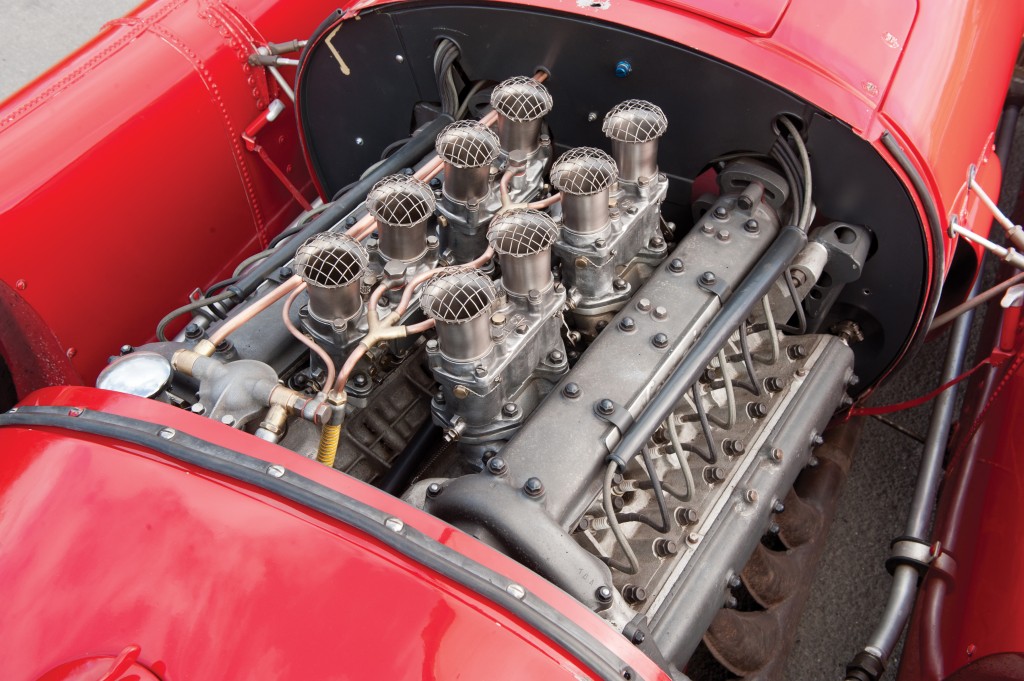 Lancia’s withdrawal from racing was announced on 31 May 1955. An agreement sent six complete D50s, engines, and spares to Scuderia Ferrari to race, with Fiat providing 50 million lire per year for five years to support Ferrari. The agreement could not have come at a better time for Ferrari, who was perennially short of money and whose own 1954–1955 cars had disappointed. 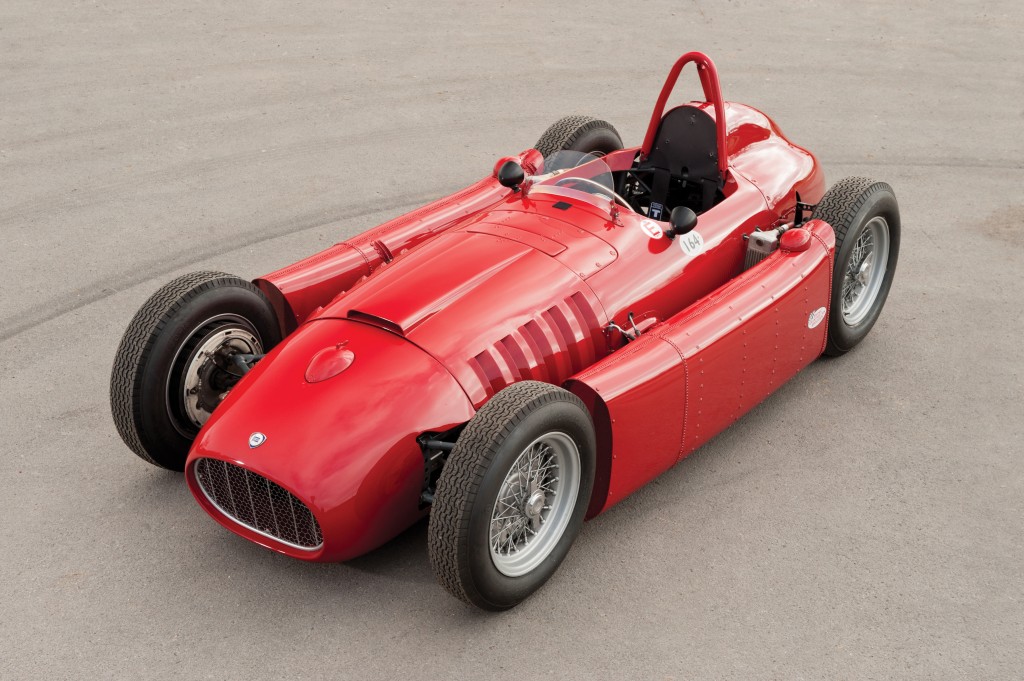 Ferrari raced the D50s only twice in the remainder of 1955 before beginning to modify the cars for the 1956 season. Whilst Ferrari badges appeared on the noses, beneath the surface many ongoing changes were made to the chassis. The Lancia-Ferraris were renamed Ferrari 8CLs and were driven by Juan Manuel Fangio to his fourth World Championship in 1956.