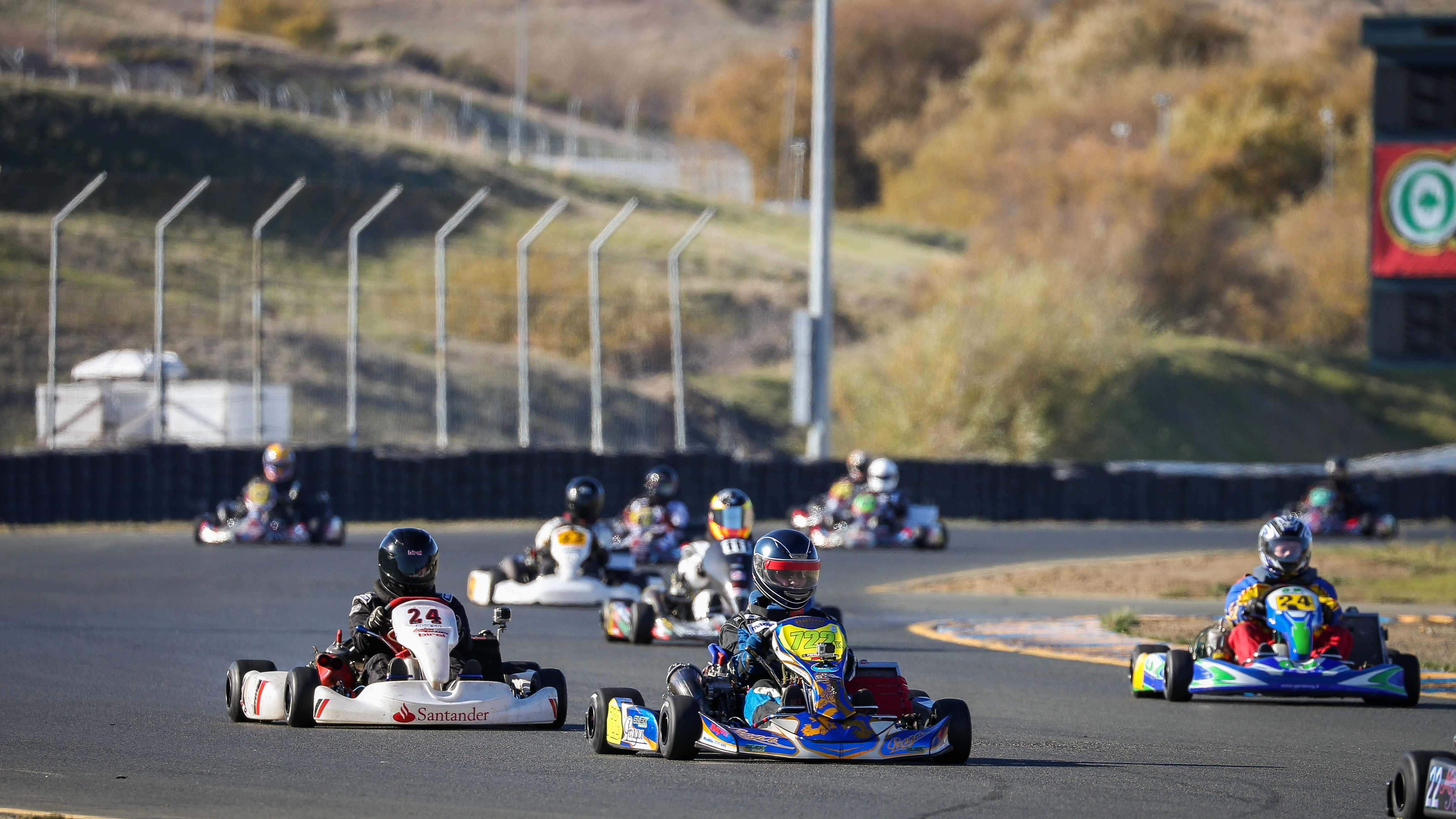 As is the way with all good race story’s the decision to race Sonoma was a last minute affair. Sean Bond, Todd Cameron and myself packed up a trailer/motor home and headed up to Northern California the afternoon before the race. We arrived around 10 and set up some of our pit space and passed out for the night. The morning was cold, with a corrected elevation factor of -1,400 ft (used to determine carburetor jetting). Our first practice session was going well, too well, when i lifted off the gas entering the pit road behind the hairpin  i stuck my engine and lost all power… 30 mins before my first planned race. Sean lent me a spare cylinder and piston, Todd had some internal parts and i started swapped out the damaged goods, unfortunately i did not finish in time to make race one. 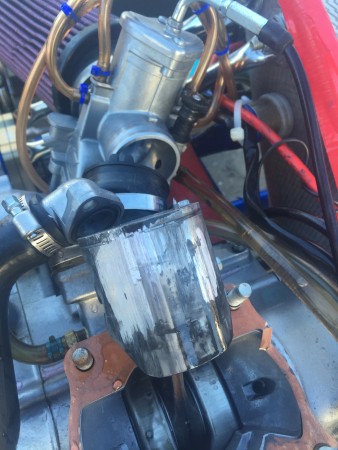 Race one was a wall start and both Sean and Todd had a great start, they finished well (3rd and 5th in class) and we all started prepping for the afternoons two heat races. Grid order was determined by sign up date and i found myself starting about mid pack in the f125 open moto class. We entered this class to race as we would with SKUSA, LAKC or any other sprint racing series, however a few of our competitors had more powerful ICC (purpose built for karting) engines. I took my preferred wide line into turn one and made up a lot of spots on the first lap, i was sitting in the top two in class when my engine booged down after a 6th gear up shift, i had gone too conservative with my jetting choice after blowing up my engine in the morning and jetted it so fat it fell on its face. About 6 karts passed me during this incident and i decided to just drive a predictable safe line as fast as my engine would allow… i made it a few more laps and then my engine booged out completely, i pulled onto the giant painted Toyota sign inside of the hairpin and watched the rest of the heat race action from the sideline. The lead pack was about 5 karts all with in a foot of each other constantly changing position. The leaders were displaying tremendous race craft, constantly trading positions. Todd Cameron, Connor Solis, Billy Scott, Jason Santandar and Sean Bond where putting on a show for the crowd. Sean blew a head gasket and was lucky to finish with out any real engine damage. We ate lunch, and then hustled to make the next and final heat race.

I called MRC and talked with both Billy and Willy Musgrave and sorted out a new game plan for the jets.  We went back out there and i started 8th in class due to the early retirement in heat one. When the green flag dropped the bull shit stopped!!! Todd made an awesome start from the front row and stayed upfront with Connor, Sean and Billy. I made some smart moves in the corners and positioned myself as best i could to start gaining positions, after Sean spun almost taking me with him, the leaders started to trade places and i picked an epic draft to first place. At this point Todds engine was detonating and the pack up front was Connor, Billy, Jason and myself. These drivers where smart and in turn we had a ton of fun racing inches away at speeds around 110mph, all the drivers up front displayed great race craft and we traded placed a couple times with myself leading each time at start/finish until the white flag, on the white flag lap i must of traded first place overall with Billy at least 3 times, he passed me clean on the inside going into the hair pin from the back straight, i tried to cross over on him at track out but got too ambitions with the painted track limit curbing and had some sideways action coming out of the hair pin, i was gaining back on the leader but it was too late, i finished in 2nd place over all (first in f125) and Connor was right on my tail with Jason taking 3rd place.

As is the way in club racing we all shook hands after the race and where happy for the experience we had, these drivers are awesome and i trust running close with them, to me this is what racing is all about and i left the track extremely happy. Next on the agenda is to take my kart into MRC and have them see how much damage i did to my engine from the morning seize, slap it back together with hopefully just a cylinder hone and start saving up for the next race!!!