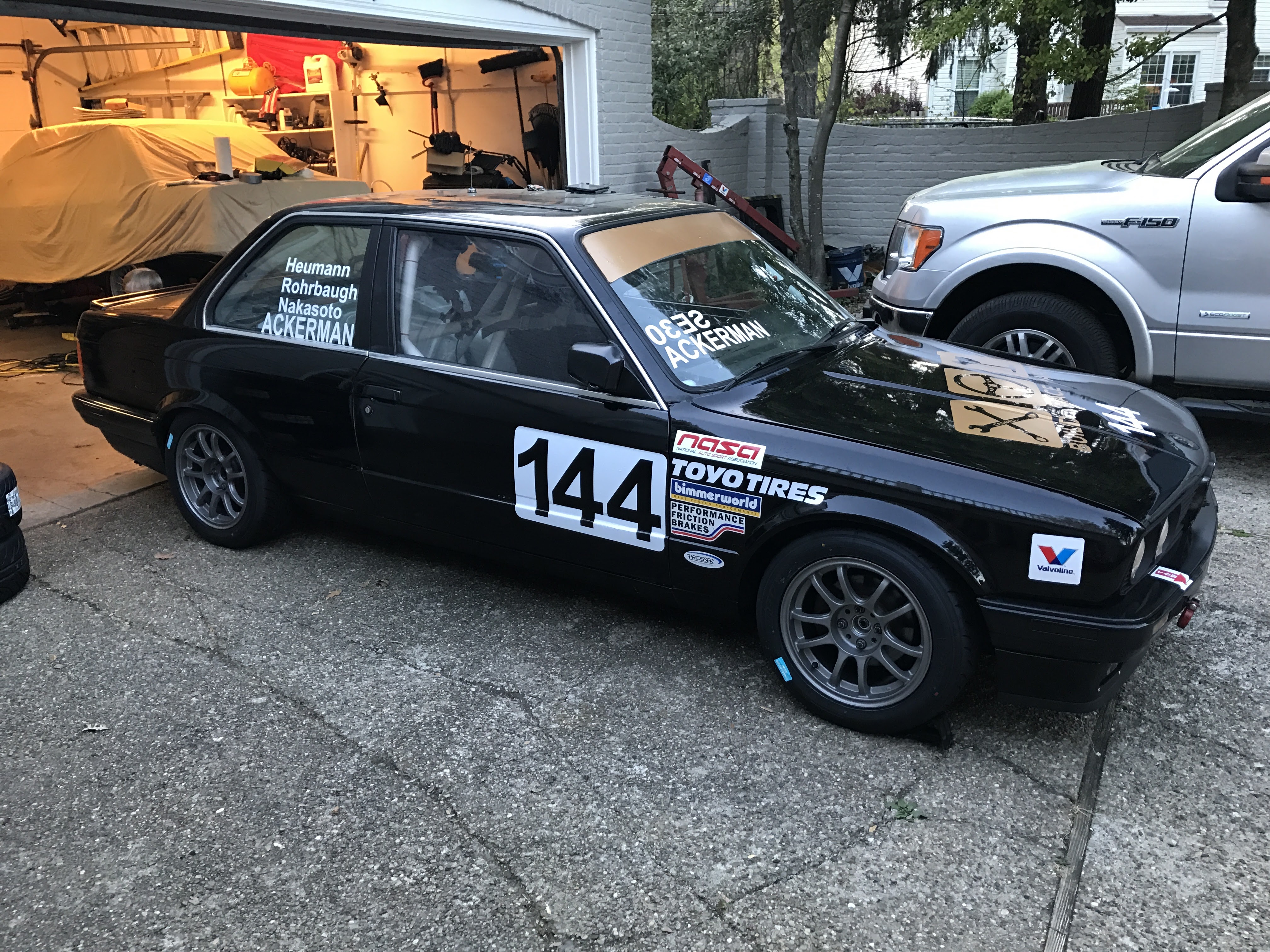 I’ll admit: with work and family, the past several years have been a glut of racing for me. I’ve gotten on the track a few times (once only to be told my car is too loud). But, that is all about to change.

This week Build Race Party will be proudly flown on the hood of TMR Racing’s E30 at Watkins Glen for the second round of the American Endurance Racing (AER) series!

A group of friend’s here in the Mid-West and I have prepped my Spec E30 325is for a little endurance racing. The objectives for doing this are three-fold:

What’s with the car?

Spec E30’s are pretty simple and the “spec” keeps modifications in-check. And, while my car started in a pretty good place preparation-wise, there was still work to be done. With racing there is always something, in fact.

I realized my fire supression system needed to be recharged and the window net was out of date. My friends and I decided it would be best to get Schroth belts that are HANS-specific and we wanted a more protective seat.

Fortunately, I found Murray Motorsport in Ireland and got the seat, side mounts and harnesses shipped to my house for what Sparco tries to sell the seat alone for in the U.S.

We plan to race the remainder of the season in 2017, and we look forward to sharing some video and antics from the weekends. It’s going to be mostly about having fun, but I’m sure our competitive sides will show pretty quickly. We just need to keep in-mind the famous saying: “in order to finish first, you first have to finish!”