Codemasters new rally simulation is AWESOME! I finally got a chance to play it and I’m seriously addicted. The car’s physics feel real. The cars handle the way you would expect. The force feedback feels great and the graphics are top notch. Especially Monte Carlo at night. You really can only see where the lights shine. If you clip the wall you might lose a light limiting your vision. Crash headfirst and you might crack them all. The only question is how real are the stages?

I naturally assumed they made the stages up like every other rally video game. But then I tried Pikes Peak Hill Climb and realized the game looks just like the mountain. I even recognized some rock formations. I didn’t check to make sure they were picture perfect, but man the Pikes Peak road looks the same as it does in my memory. 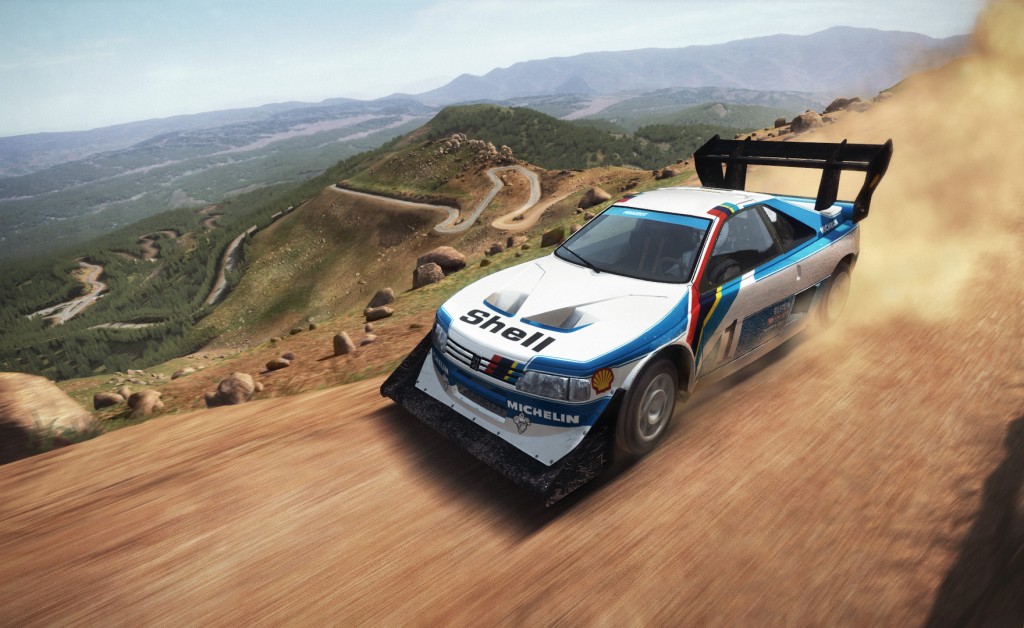 So I starting wondering about the stages. They appeared to be the same ones from the actual rallies. I recognized names like the Col De Turini and started thinking, if you have to make up roads from scratch, why not make them look just like the actual stage roads?

Well here’s a look at the infamous Ouninpohja from WRC Finland, arguably the most famous stage in rally. On the left is Dirt Rally and the right the actual stage road.

Yes are there some differences but it’s pretty close! The road has the right shape which is the most important part but they also put in the power lines!

Sure the house is a little different but then I think maybe thats what the house looked like back in 1990 or something as there are more classic cars in Dirt Rally then modern ones – this part is changing as Modern Masters gets released on October 15th. But back to the comparison, even the road or driveway to the left is modeled into the game!

There are moments where the road is the same but there are extra trees in the apex but its closer to the real deal than any rally game I’ve seen!

Here’s the side by side video. It gets out of sync every so often, but then the editor adjusts the fast one to catch up. So jump through the video to get a feel for just how close it really is to Ouninpohja.