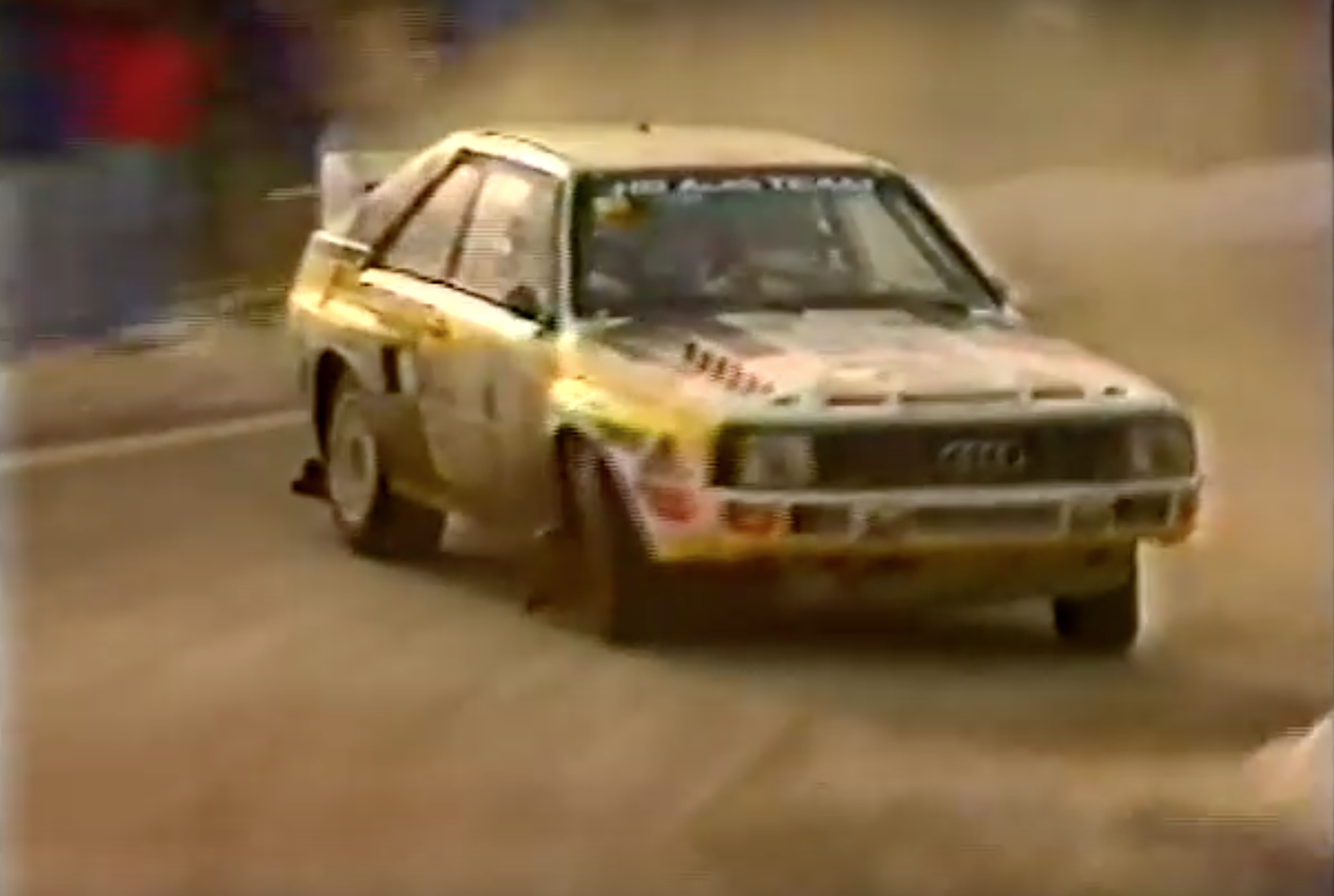 Group B cars are awesome. It might be the best era of the World Rally Championship because the rules were so unrestrictive. Cars were making over 500hp by the end and AWD was taking over – the Lancia 037 was still being used but at events like the Monte Carlo rally it looked like a car from the previous decade with its RWD configuration.

The Monte Carlo rally is one of the greatest in the WRC calendar. Most die hard rally fans love Finland with its high speed stages and massive jumps but the Monte is my favorite of the series. Mountains, snow, ice, tarmac and all in one stage. Back in the day they used to run at night making it even more insane.

But the real key to the 1985 Monte was Ari Vatanen in his Peugeot and Walter Rohrl in his Audi battling through the night. Everyone thinks the Audi’s dominated the 80’s but it didn’t really go done like that. Here are the highlights of the 1985 rally. Enjoy