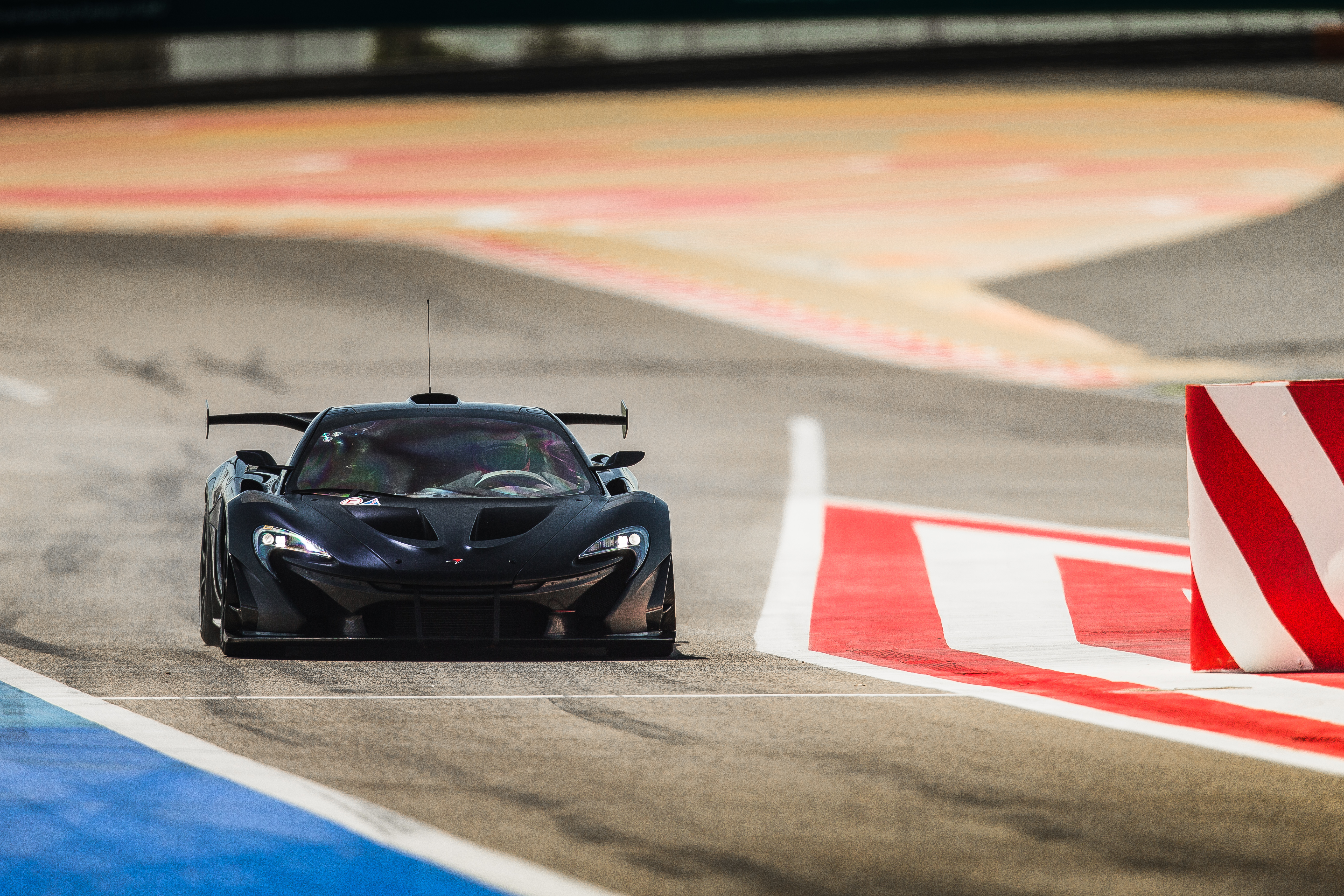 The McLaren P1™ GTR will offer an on- and off-track driving experience like no other, with unique access to the technologies and expertise within the McLaren Technology Centre, and the most powerful track-only model ever produced by McLaren Automotive. Dynamic testing is well underway at a range of international race circuits, and the first uncamouflged images show the latest aerodynamic and cooling updates being trialled. In addition, the driver-focused cockpit is shown to be even more purposeful than the road-going model, and has been designed with driver engagement and weight saving key priorities, but no compromise in terms of comfort and safety. 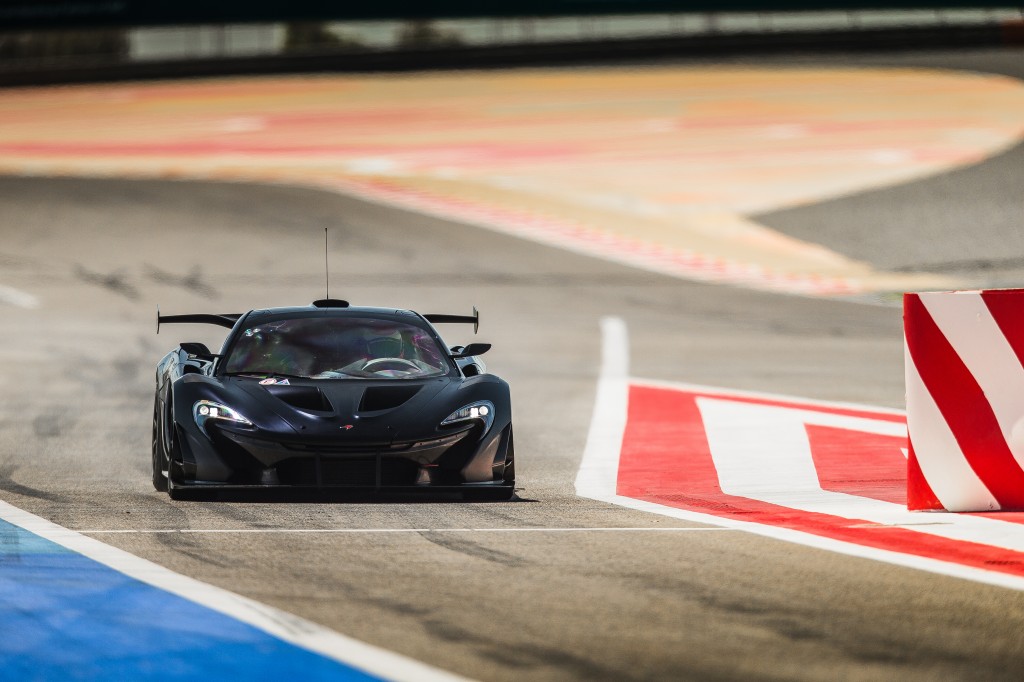 The first images of the interior show how the driving environment of the McLaren P1™ GTR has been designed to be as focused for the driver as possible, and is stripped of all but the essential items in a bid to keep weight to a minimum. The lightweight carbon fibre MonoCage chassis is carried over from the road car, and weighs just 90kg including the upper and lower structures (including roof), roof snorkel, engine air intake cavity, battery and power electronics housing. This, in common with the road car, meets FIA load requirements for rollover in GT racing category. Since the ‘rollcage’ is incorporated into the MonoCage, there is no reduction in headroom for the driver. 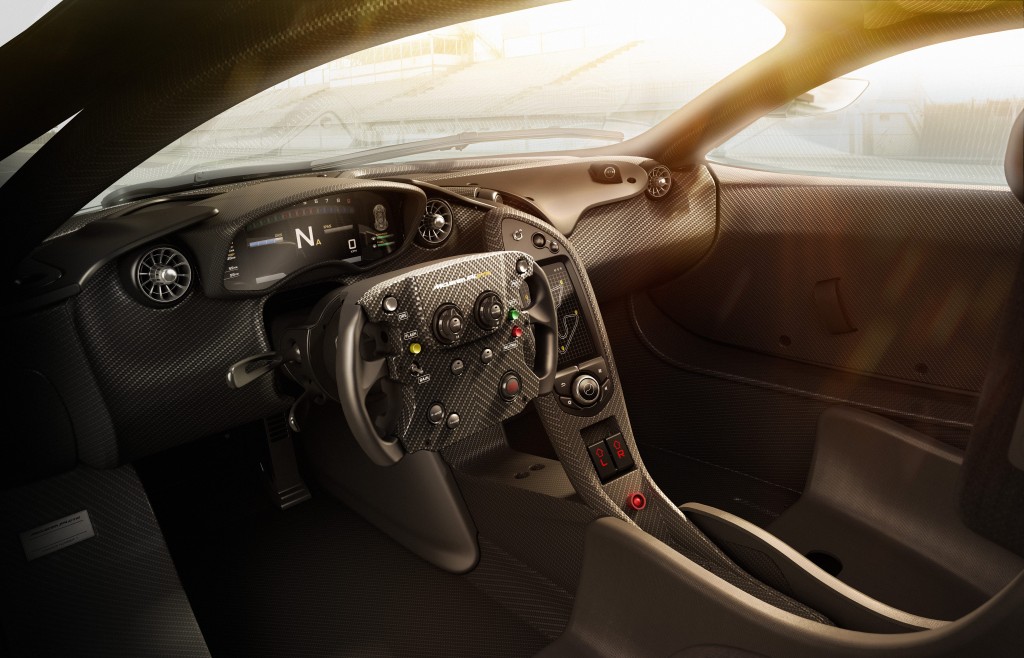 The centre piece of the driver’s environment is the newly developed steering wheel, which has been designed to make all controls as easily accessible and user-friendly as possible. As with various elements throughout the car, there is significant heritage linked to the steering wheel. Although unique to the McLaren P1™ GTR, the design is based on the steering wheel of the 2008 Formula 1™ championship-winning MP4-23. 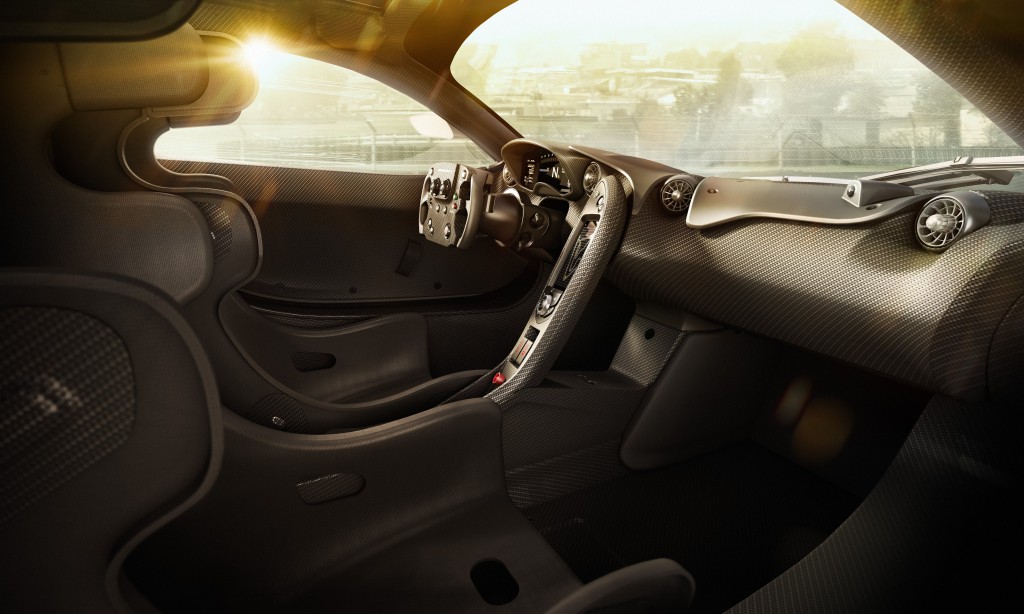 As on a Formula 1™ car, key controls including the mode switches are located to the centre of the bespoke steering wheel. This allows the driver to fully adjust the setup and characteristics of the car without having to take their hands from the wheel. The DRS and IPAS buttons are retained on the steering wheel. In the design and implementation of this new set up, all controls can be comfortably operated, and are easily accessible, when in a full race suit, helmet and gloves. 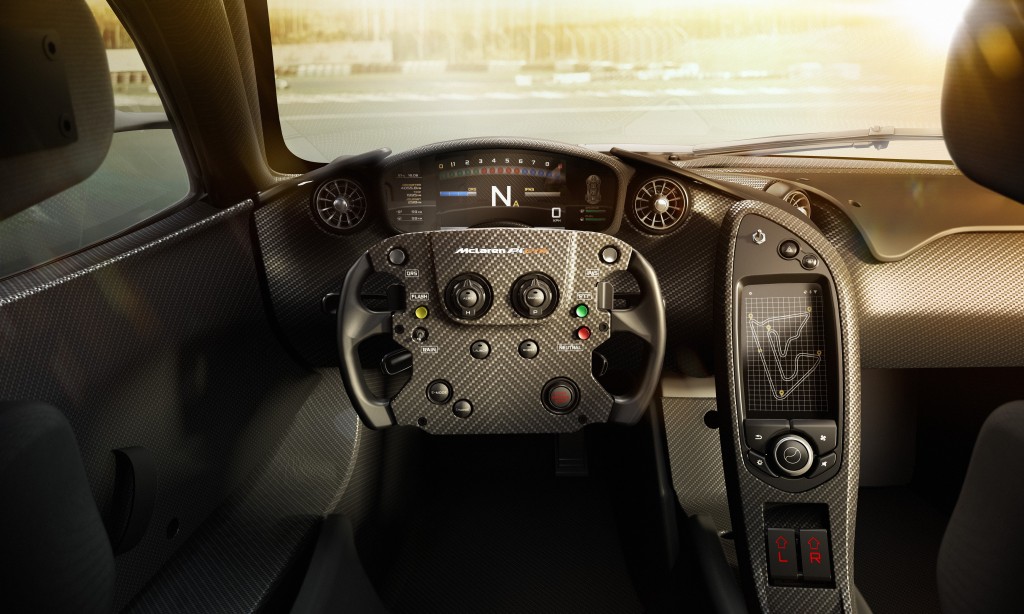 The cabin is equipped with lightweight DTM-style seats and full six-point motorsport harnesses. This will be specifically set up for the individual driver, and mounted directly to the chassis, reducing weight by having no additional mounting brackets. The HANS-approved carbon fibre seat shell offers comfort and support, and has been ergonomically-designed along with the rest of the cabin controls. Despite the stripped out environment, the air-conditioning is retained to maintain comfort during the much more physical driving experience.

The dedicated test team of engineers, technicians and development drivers continues to progress the programme, and has recently completed a successful test in the extreme desert heat at the Bahrain International Circuit. The programme was designed to push the capabilities of the upgraded IPAS powertrain, ensure optimised balance and handling characteristics on the race-proven Pirelli slick tyres, and work through aerodynamic developments including the dramatic fixed-height rear wing which includes the Formula 1™-style Drag Reduction System (DRS). 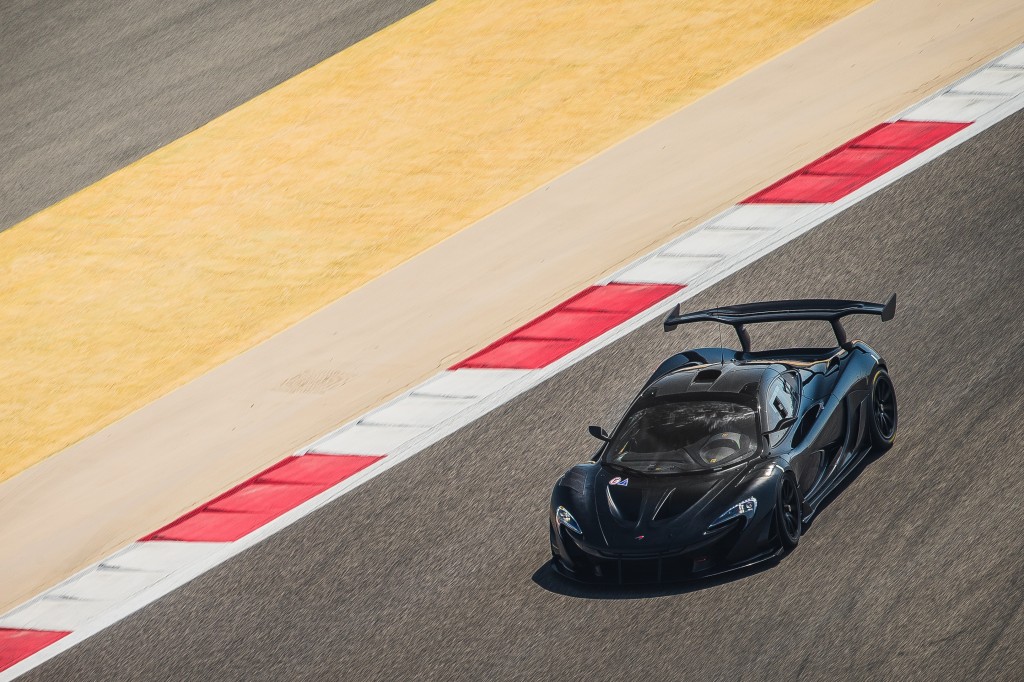 The rigorous testing schedule was carried out with the latest development prototype, and is seen dynamically for the first time, finished in a combination of Carbon Black paintwork and bare carbon fibre bodywork. 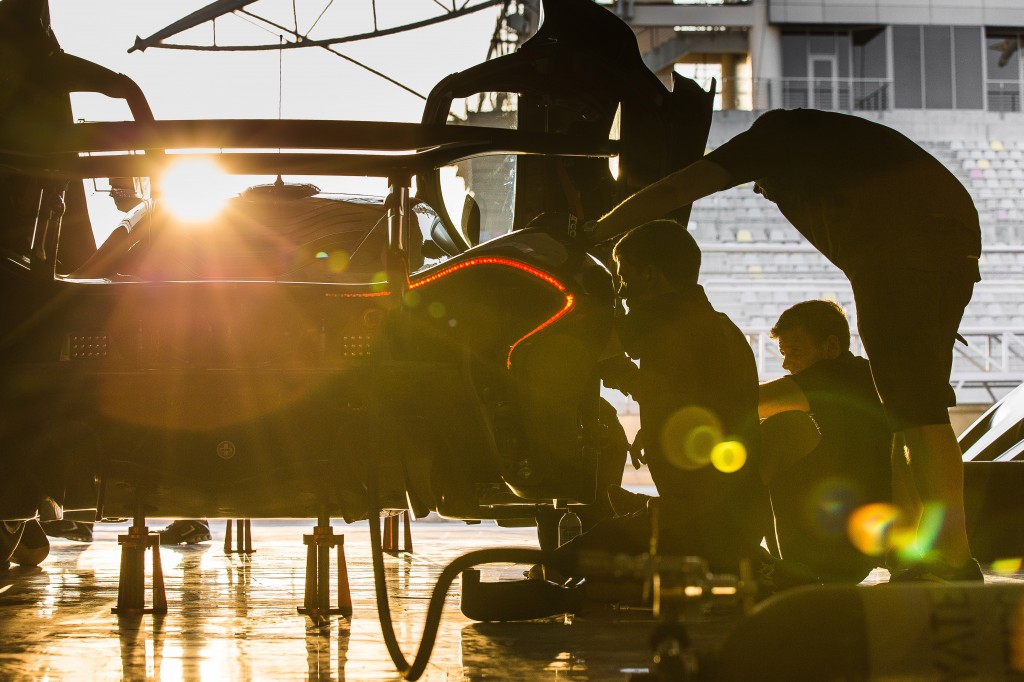 All tests were completed with results meeting or, in many cases exceeding, the stringent targets set. The McLaren P1™ GTR development continues its rapid progress, with further mileage scheduled over the winter throughout Europe.

‘With the McLaren P1™ GTR driver programme, we have aimed to do something different, very much like the way we operate the rest of the business. We don’t follow the trends. Our road cars are different to ourcompetitors, so too will be our driving programme,’ Chris Goodwin, Chief Test Driver for McLaren Automotive. 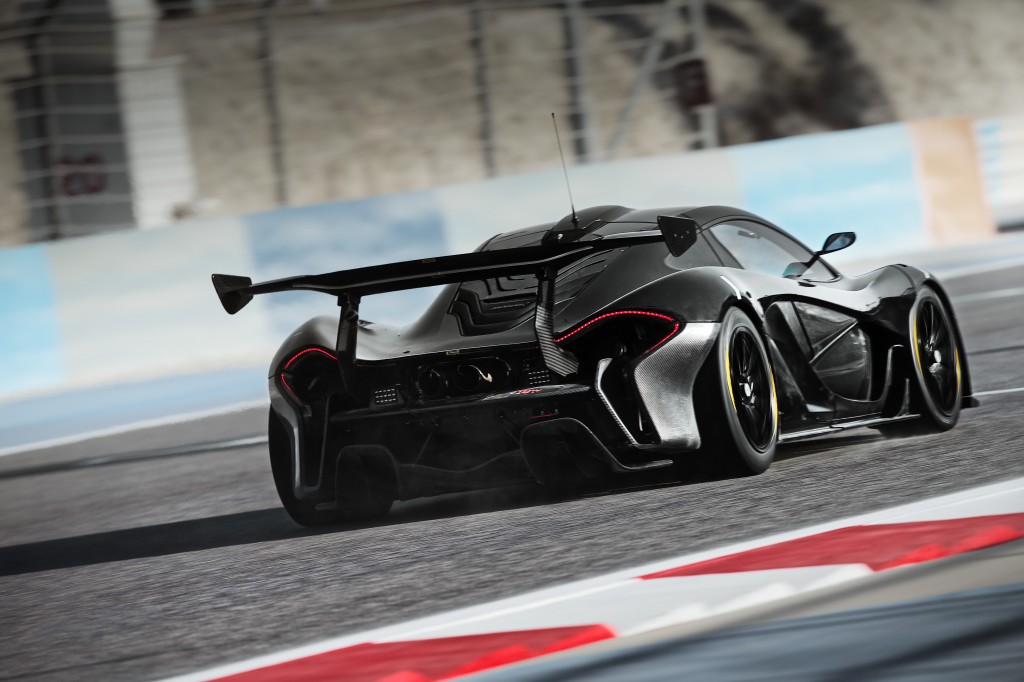 The McLaren P1™ GTR will be like no other model ever produced by McLaren Automotive. It is therefore fitting that the McLaren P1™ GTR driver programme will be different to anything offered previously. Drivers will become a member of the world’s most exclusive McLaren ownership programme, and gain a unique insight into the steps McLaren drivers take after signing for the team. With access to the world within the McLaren Technology Centre, each driver will have an unparalleled, and completely unique, experience. As race winners and world champions have before them, each driver will embark on a bespoke driver programme designed to hone and optimise driving skills, and learn how to get the best of themselves and the car. 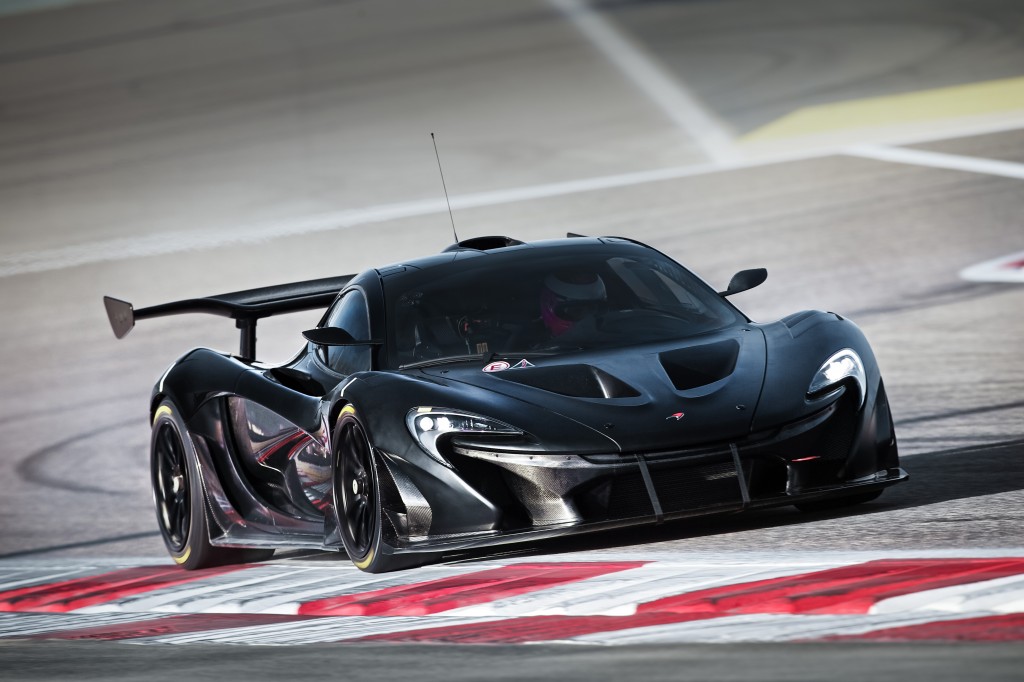 A dedicated track preparation programme, tailored to suit each individual driver, will start at the McLaren Technology Centre and drivers will have access to go behind previously off-limits areas. Paul Mackenzie, McLaren P1™ GTR Programme Director explains: ‘The programme is about enabling our drivers to get themost out of the McLaren P1™ GTR. Before they get out on track, each driver will join us at the MTC and have unprecedented access to the cutting edge facilities, including the racing simulator. This will enable drivers to build up a greater understanding of the car’s capabilities and true performance, as well as learning the braking and turn-in points before they arrive at the circuit. It also allows them to analyse and discuss their performance ahead of testing themselves in the real world situation, so they are fully prepared when they take to the track. 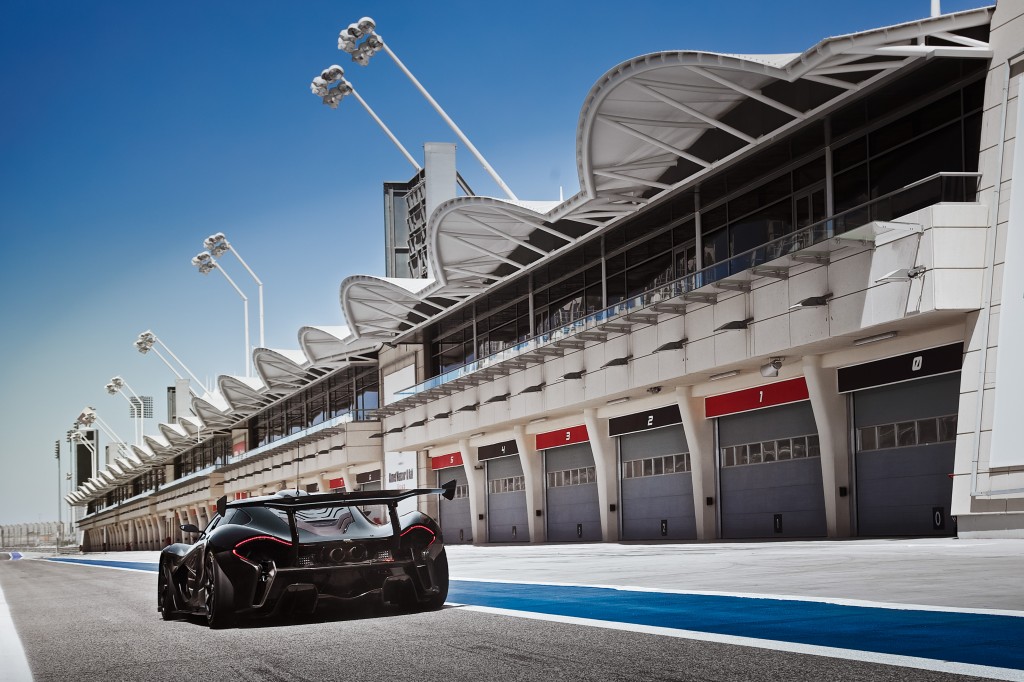 ‘It is a programme that has been developed over the years for our Formula 1™ and our young drivers. It’s not just about fitness, but also about mental preparation, and looks at the full wellbeing of the driver, and prepares them mentally and physically for the activities they will experience on track.’ 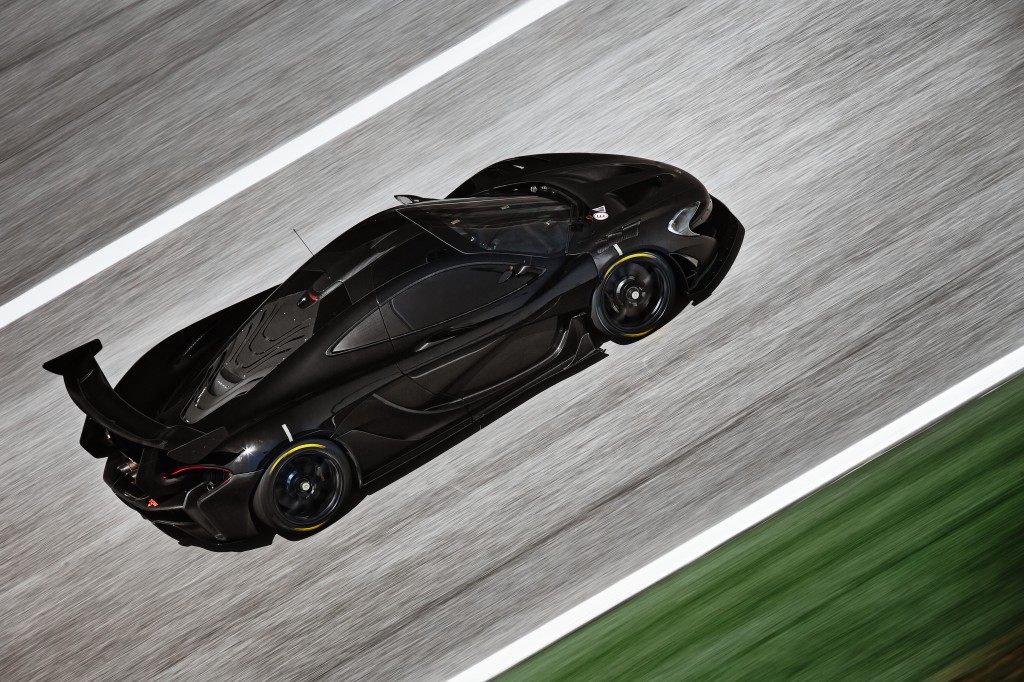 The events themselves will take place at some of the most iconic racing Formula 1™ circuits across the world, and drivers will take part in six events during the first year of the programme. At each event, drivers will have a dedicated race team responsible for running the car. This will include a personal driver coach and head engineer, who will work through telemetry and video analysis to hone skills, and optimise laptimes. This one-to-one tuition will be bespoke to each driver, and will be tailored to suit each driver’s invidiual skill set and driving ability.