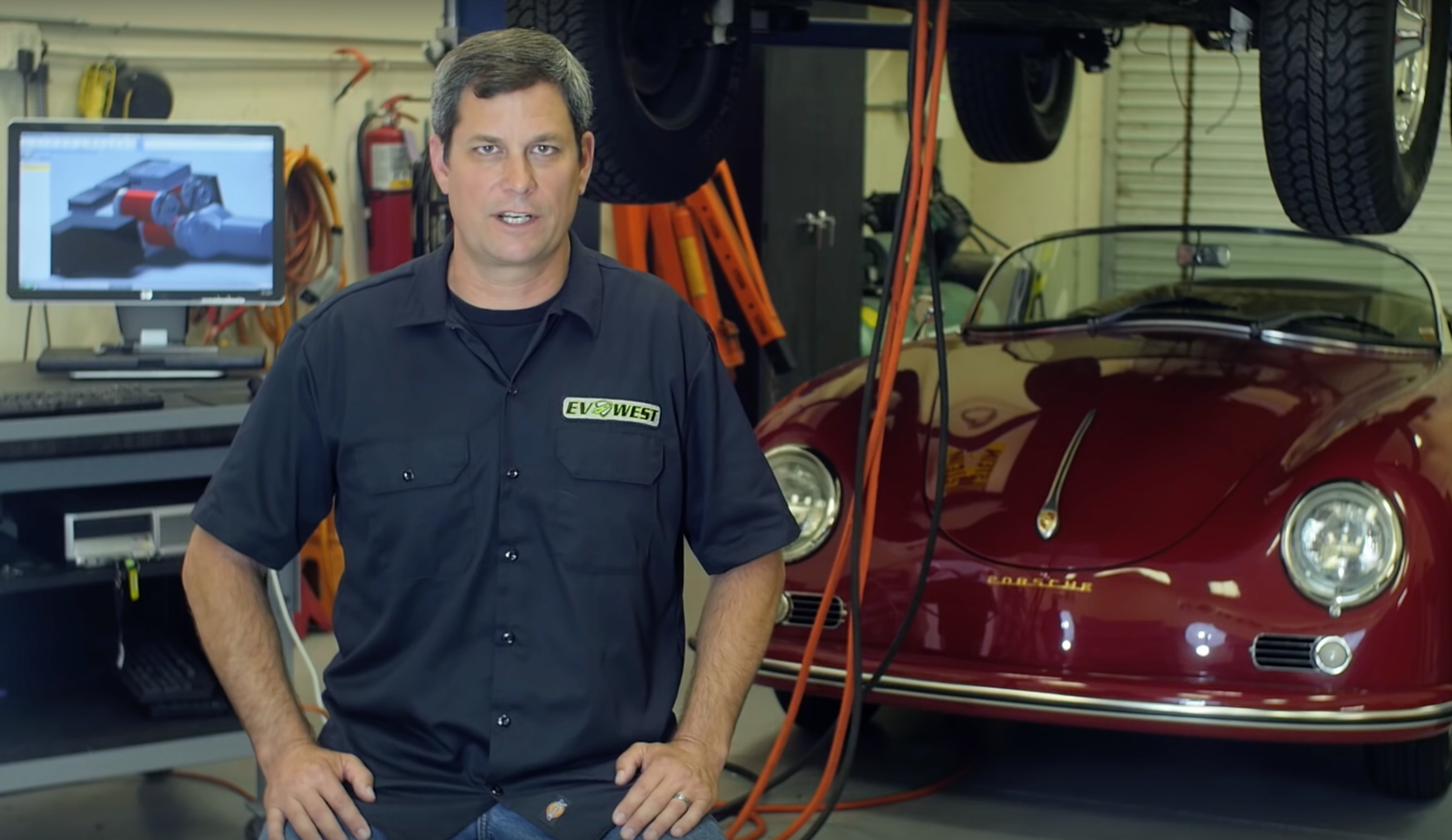 Electric cars have become very popular and won’t be going away anytime soon. It’s more likely that gas powered cars will be going away at some point. Maybe 10 or 20 years from now, but the writing is on the wall. The interesting part is what happens to all these awesome gas powered cars along the way. Some will get scrapped but quite a few will be converted to electric by loyal and loving owners which is already happening on a small, but growing scale.

Converting an old car makes sense too. Maybe not financially yet, but if you love your old VW Beetle or BMW 2002 then converting to electric for the future could be a cool project. Especially for those that already own an electric car because the old, smelly, gas-powered car becomes annoying on the weekend in comparison to your Tesla. Even the cool exhaust note that we grew up to love becomes a constant irritant. It’s hard for a car guy like me to appreciate the peace and quiet of an electric car when I love the sound and smell of a combustion engine, but I’ve watched it happen to my friends that started daily driving electrics.

So how do you convert your car to electric? Its actually not that hard. You need an electric motor, a speed control(like your gas engine’s computer or ECU), some batteries. It’s a bit more complicated than that because you also need a 12 volt battery and electrical system to power the regular electronics. you’ll need a charger built into the car so you can recharge the battery packs and you’ll need little switches and high voltage circuit breaker like things. And you’ll need a bunch of really thick wiring.

You can piece this together yourself but a few companies have popped up catering to the DIY car enthusiast that wants to convert their own car. My favorite is EV West. Mostly because its owned by my friend Michael Bream, but also because they are really good at what they do and have built some amazing cars over the past few years. Things like an Electric BMW M3 for racing up Pikes Peak. Now they’re converting a beautiful Ferrari 308 to electric. They also sell full install kits for some cars like the VW Beetle. You can buy the engine, engine mounts, battery boxes, speed controllers, brackets, and panels that fill the void left in the engine bay plus anything else you might need to complete the conversion like an drive by wire electric gas pedal.

The Drive Channel recently started a new show called Engineered and on this episode they sit down with Michael Bream of EV West to discuss electric cars and how you convert an old gas car to electric.