When did the economics of parting cars become so bad? There was a time when it actually made sense to buy a parts car for the upcoming swap you had planned. But, I’m starting to doubt my logic these days… 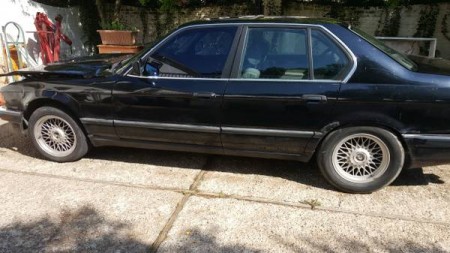 So I convinced my wife to allow me to park it in the driveway while I part it out. “I’ve done it before. The car parts will be gone in no time, honey.”

Yet, months later there it sits. The only “part” that has sold to-date is the aftermarket stereo system.

Parting isn’t what it used to be

What has happened in the past several years since I last parted a car? Has the market  been flooded with what used to be cool and rare parts?

Looking at the salvage industry as a whole, larger, macro-economic factors contributed to significant declines.

According to the Insurance Auto Auctions Industry’s Salvage Reports, the value of a crushed car has decreased nearly -50% in the past year. Softness in the Chinese building sector and a strengthening US Dollar are major contributors according to the latest report. But, should this trickle-down to us, the driveway-car-parting-aficiandos?

I have gathered a couple of examples, to highlight what I am seeing: 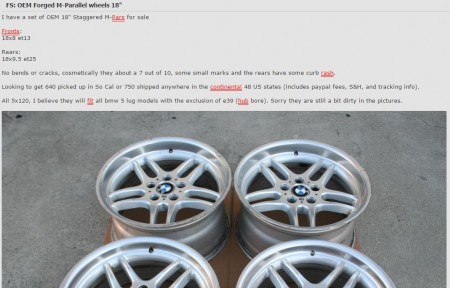 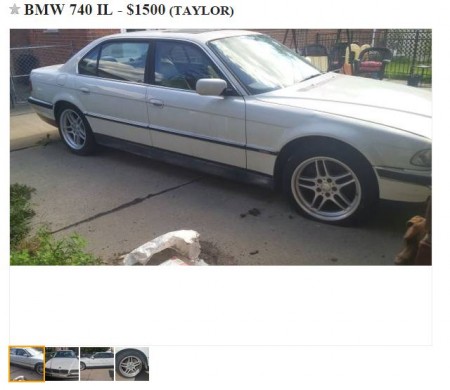 And, another example, this time in the off-road world. 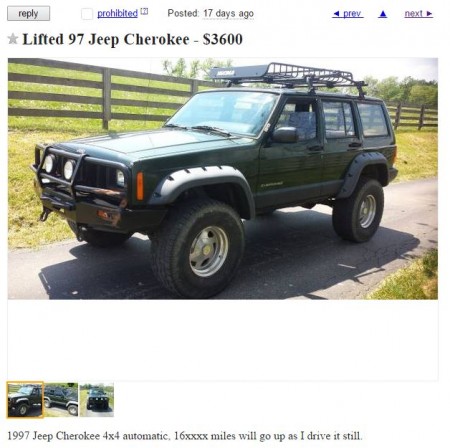 While not as extreme as the BMW case, it still shows it may be hard to recover the full cost of a car if you decide to part it. I don’t have the answer on what is driving this trend, but I can offer a little bit of advice: unless you get a smoking deal or truly rare vehicle, it just may not pay to get into the driveway car parting business.