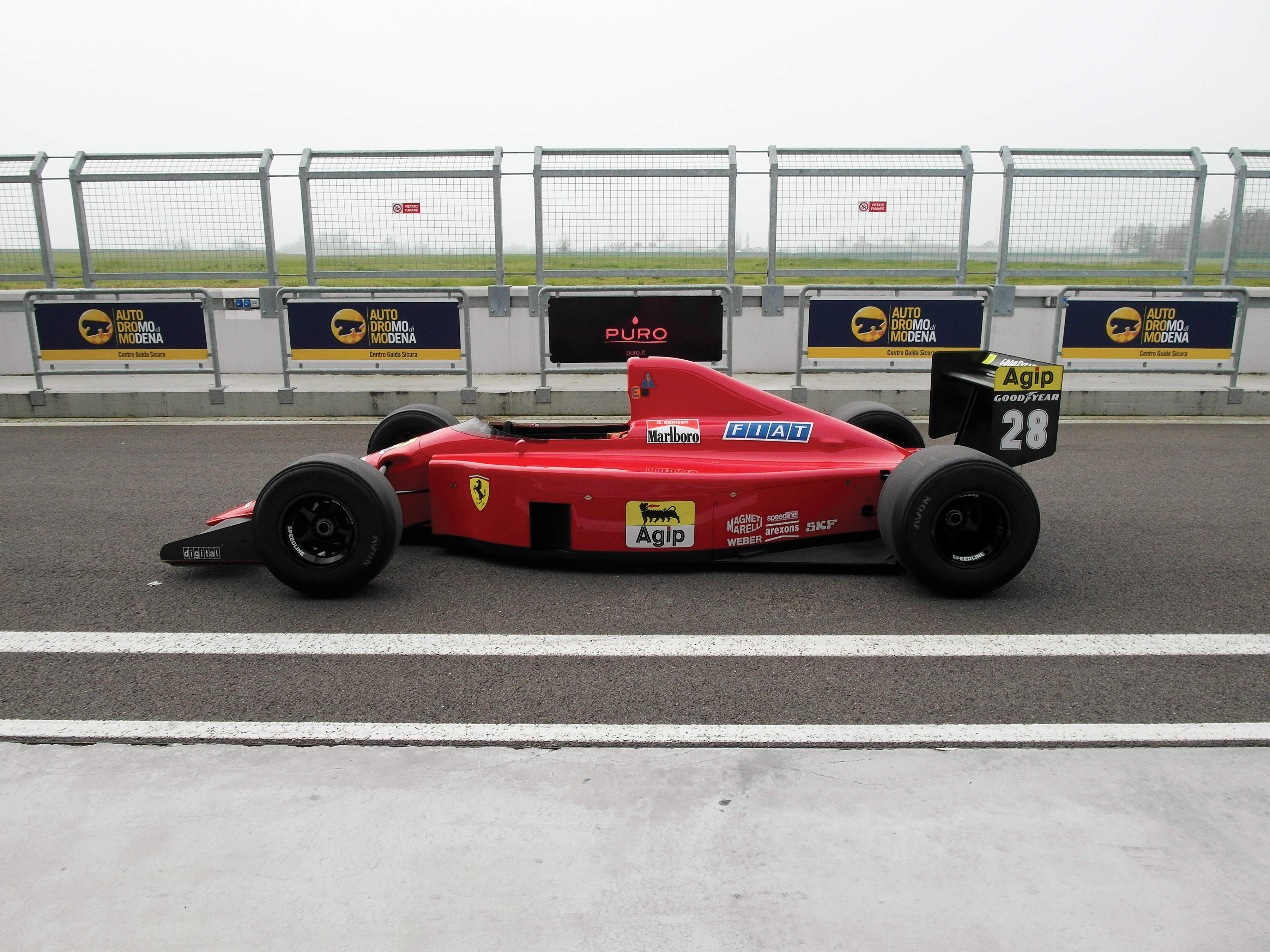 British designer John Barnard was given virtual carte blanche to restore Ferrari’s Formula One fortunes to the top rank when he agreed, in 1987, to an enormous salary and the opportunity to establish a new Ferrari Technical Centre in England. 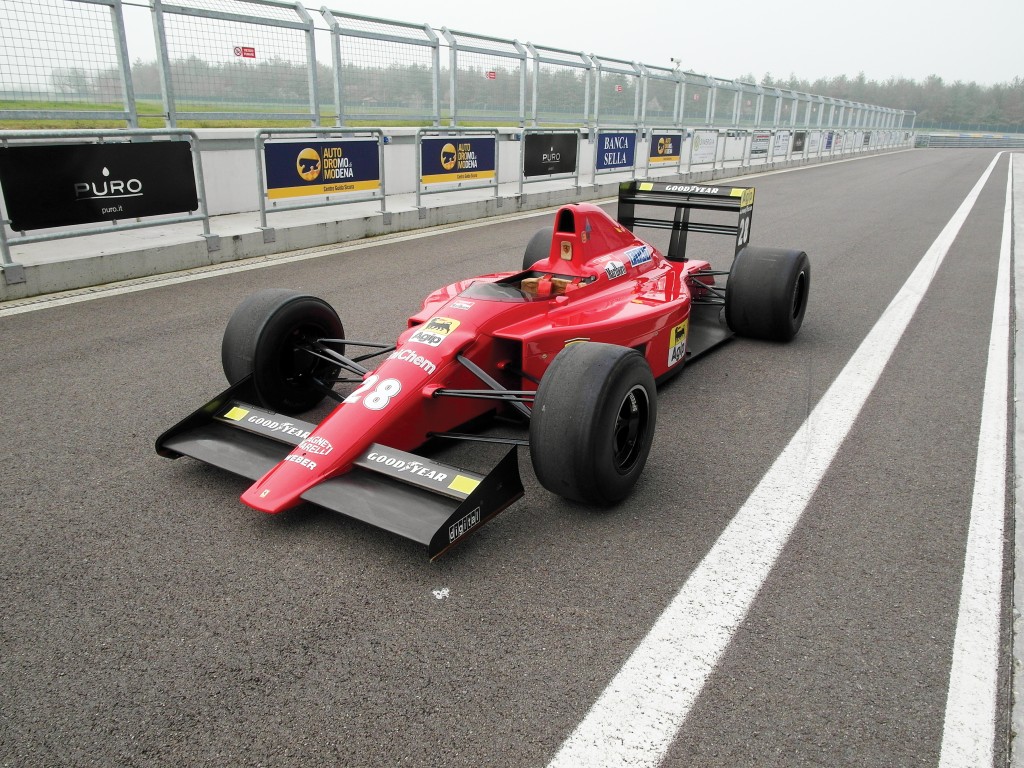 Ferrari had not won a Formula One race since the German Grand Prix in 1985, after breaking Renault’s grip on turbo-F1 racing with consecutive World Championships for constructors in 1982 and 1983 with a 1.5-litre V-6 engine. Nonetheless, the selection of an Englishman to head Ferrari’s F1 technical development was controversial all around.

Amongst Barnard’s previous accomplishments was the Chaparral 2K Indy Car designed for Jim Hall; this was the car that won the 1980 Indianapolis 500 whilst being driven by Johnny Rutherford. This success quickly brought Barnard to the new McLaren team, where he worked on the McLaren MP4/1, the first carbon-fibre composite (FCC) chassis in Formula One. 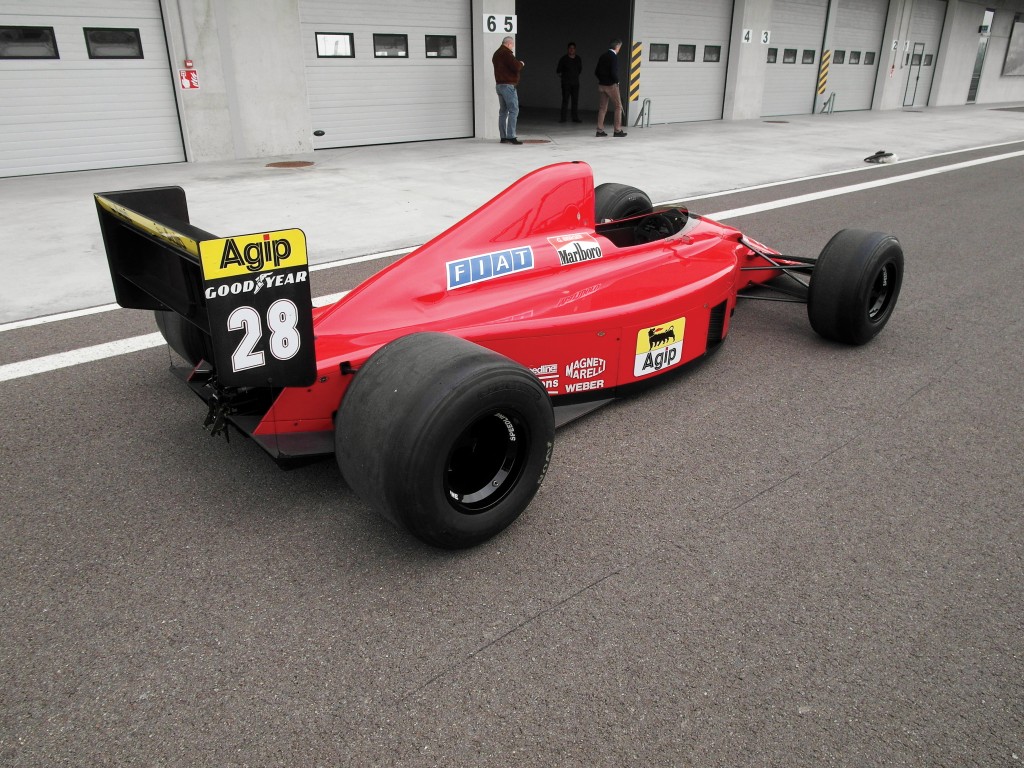 Ferrari’s F1 design for 1987 and 1988 had already been set down by the time Barnard joined Ferrari, so he began work on an all-new car, the F1-89, which would be Ferrari’s first entry for the new non-turbo rules beginning in 1989.

Barnard’s decision to base his technical centre in England was not popular with the F1 team located in Italy. Barnard also introduced his own methods into Ferrari, which have been described as “a maniacal analysis of every single detail” of previous practice.

One Ferrari innovation that Barnard did bring forward with the new car was the revolutionary seven-speed semi-automatic gearbox that was operated by paddles located on the steering wheel. This design was originally created at Ferrari in 1979 by Mauro Forghieri, but development stalled because the advanced electronics needed to perfect the system were not yet available.

According to journalist Quentin Spurring, who followed F1 closely in the era, Barnard’s F1/89 was equipped with a range of technical innovations, with the most significant of which being the gearshift that was described as an “electro-hydraulic” mechanism. The paddles are electronically controlled by hydraulic actuators in the semi-automatic gearbox with solenoids.

Drivers used the clutch pedal only to start. Ratios in the seven-speed gearbox were shifted throughout the race by squeezing paddles on the back of the steering wheel, with the right paddle for upshifts and the left for downshifts. This innovation became universal throughout Formula One racing within five years, and today, it is common on high-performance road cars. 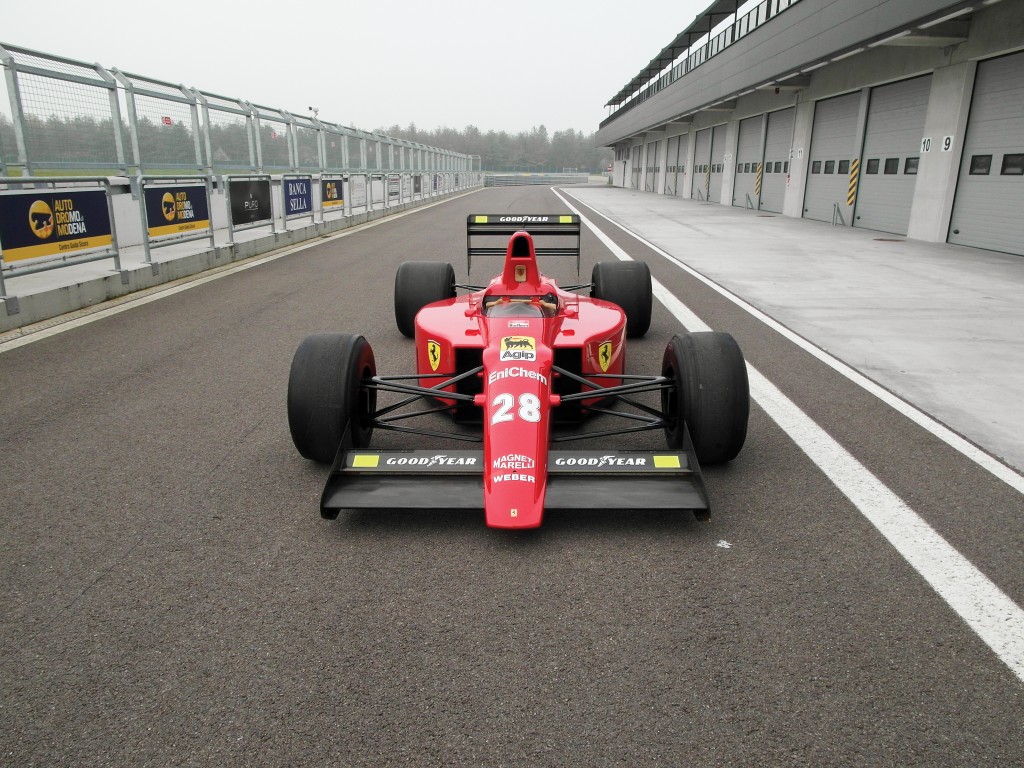 The Ferrari engine for the new 3.5-litre naturally aspirated formula was a lightweight 65-degree V-12 designed by Claudio Lombardi. The engine utilised five valves per cylinder (three intake) and two overhead camshafts per cylinder bank, which were driven off the front of the engine. Fuel was delivered through Weber-Marelli digital electronic injection, and the ignition was a Magneti Marelli electronic one with one plug per cylinder. Maximum power was rated at 600 horsepower at 12,500 rpm.

The engine and semi-automatic gearbox were mounted in a single-piece monocoque made of carbon fibre and Kevlar honeycomb, with detachable composite bodywork. The front suspension was by double-elliptic section wishbones and push rods. Similarly, the rear suspension was also by double wishbones and push rods. Steering was by rack and pinion, and the brakes utilised ventilated carbon-fibre discs and one-piece Brembo callipers on all four wheels. 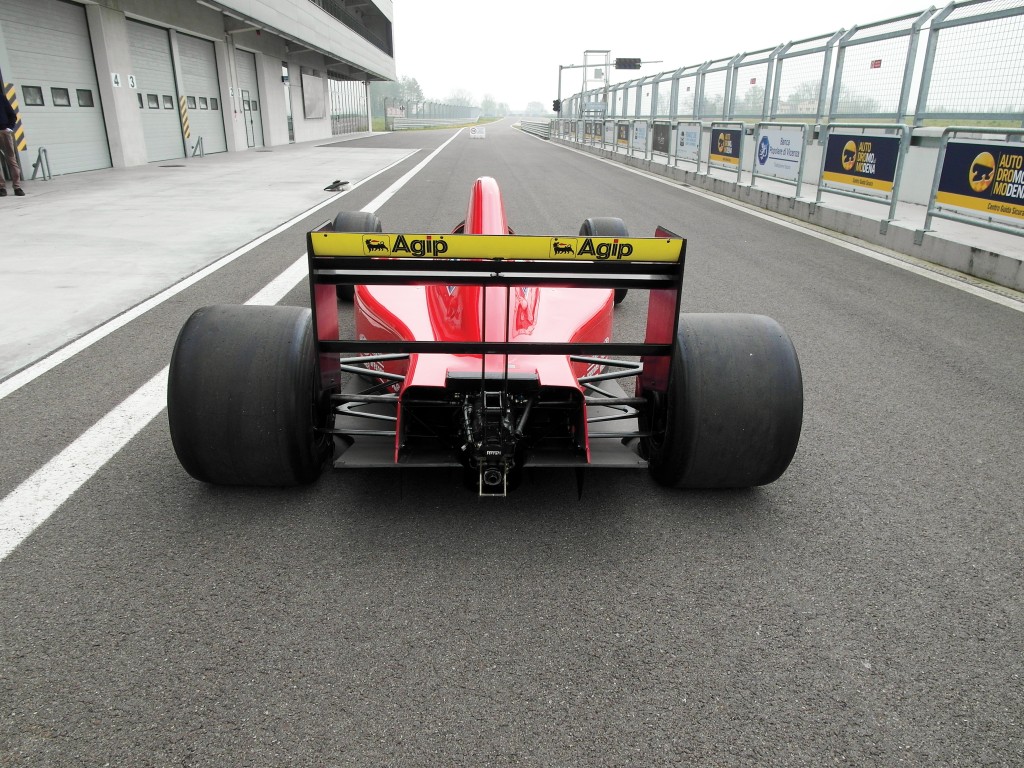 The Ferrari F1/89 was rated highly as the 1989 F1 season began. Ferrari had extensively tested two V-12 non-turbo cars throughout the second half of 1988 and hoped to take the fight to McLaren and Honda from the first race of 1989.

Ferrari’s Gerhard Berger had been the only driver to take a race from McLaren-Honda in the remarkable 1988 season, which saw McLaren win 15 of 16 F1 races with drivers Ayrton Senna (8) and Alain Prost (7). Berger’s teammate at Ferrari for 1989 was future world champion Nigel Mansel.

Both Berger and Mansell took to the F1/89 immediately. Incredibly, Mansell won in his first start for Ferrari and the first race of the season in Brazil, endearing himself to Ferrari fans. Ferrari, however, found almost as quickly that 600 horsepower was not enough to challenge the new McLaren-Honda V-10 on a regular basis, and they found themselves chasing power throughout the year.

The complexity of the new F1/89, and particularly the semi-automatic gearbox, also led to a disappointing string of retirements throughout the season. Mansell did manage to score a 2nd in France and Britain and 3rd in Germany and Belgium, with Berger taking a long-awaited victory in Portugal, together with a 2nd in Italy and Spain. McLaren won 10 of 16 races in 1989, including the Drivers’ and Constructors’ Championships. Ferrari was the best of the rest. 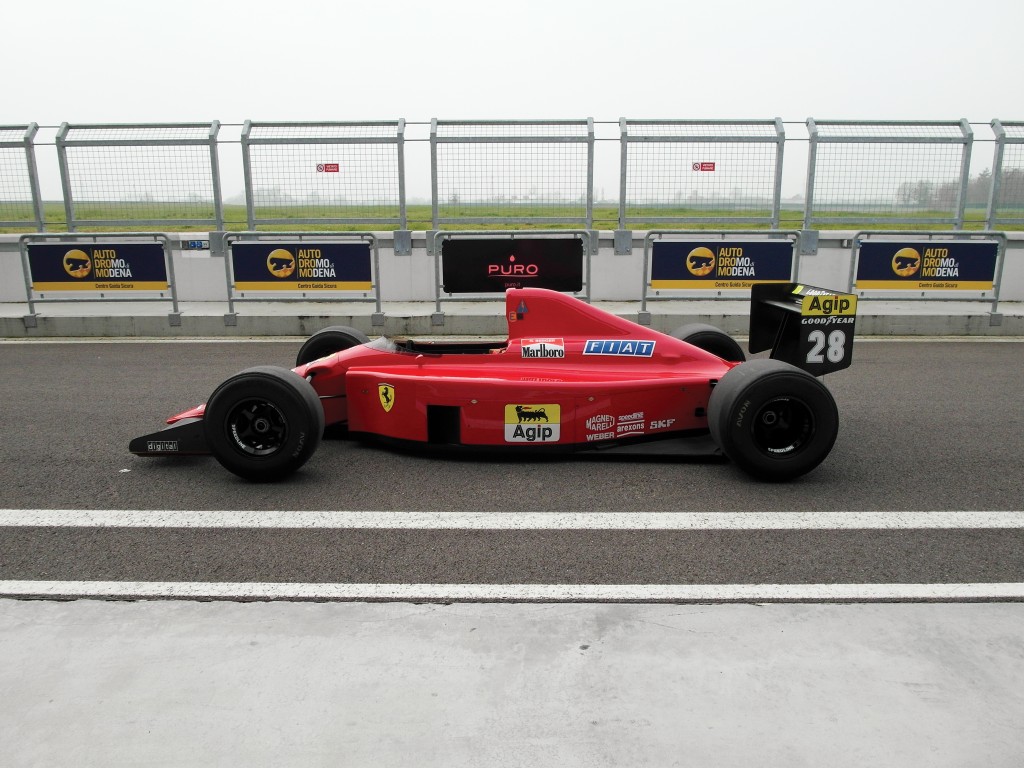 This 1989 Ferrari F1/89 Formula One car is chassis 110, and it was driven during the 1989 F1 season by Gerhard Berger in the Mexican, U.S., Canadian, French, British, and German Prand Prix. Berger started 4th on the grid at Canada, Great Britain, and Germany, but his races were plagued with the same reliability issues that affected the F1/89 throughout the season.

Alain Prost won his third World Drivers’ Championship with McLaren in 1989 and then promptly departed to Ferrari, where he was reunited with John Barnard. This F1/89, chassis 110, was the first Ferrari F1 car tested by Prost upon his arrival at Ferrari.