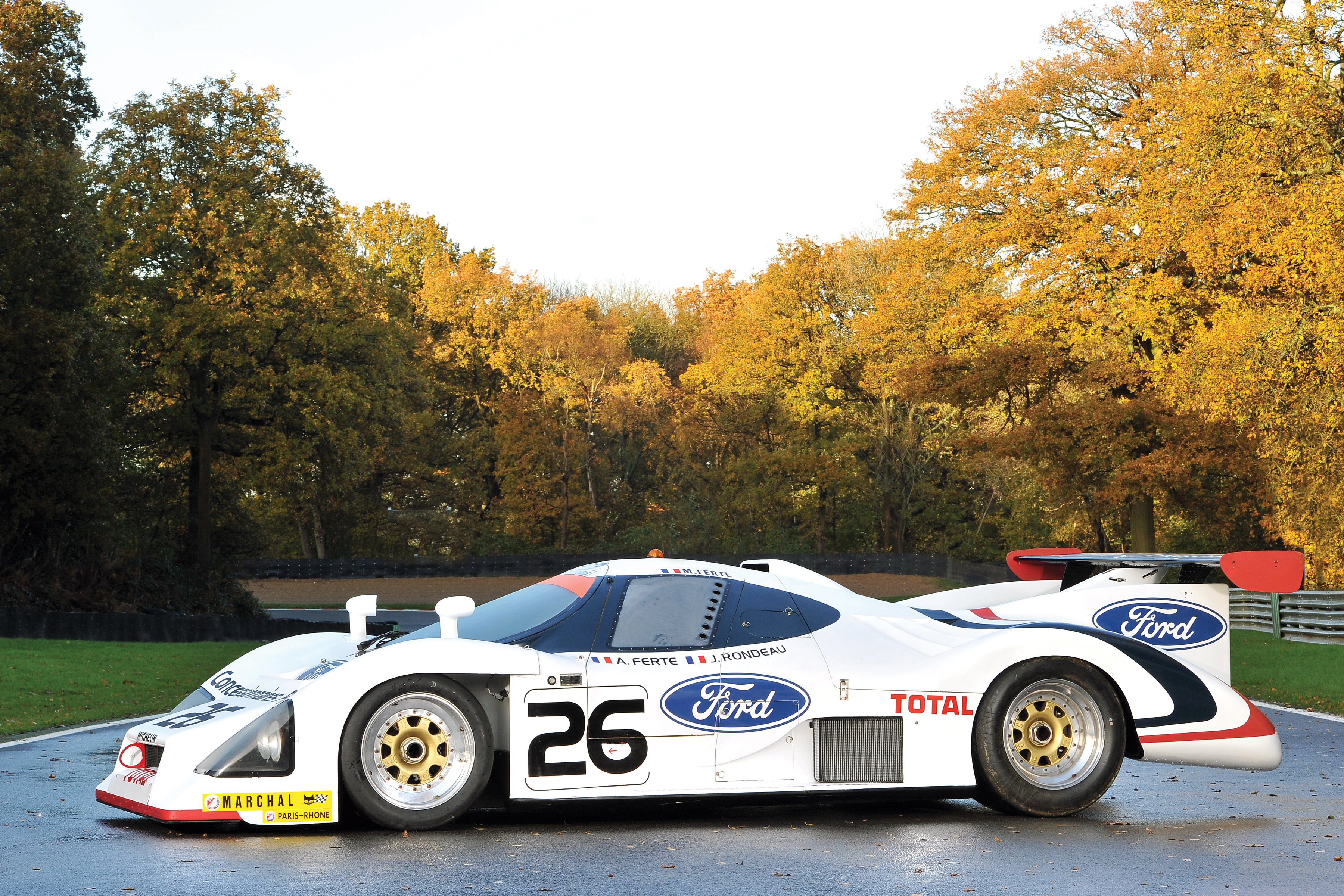 Jean Rondeau’s record may never be equalled: He won the 1980 24 Hours of Le Mans in a car of his own design and construction. He raced at the circuit for 11 years, finishing 2nd in his very last appearance in 1985. His first Rondeau M378 racer competed in no less than 10 races at Le Mans, finishing as high as 2nd in 1981. In all, Rondeau built 19 competitors under his own name, with 17 surviving today. 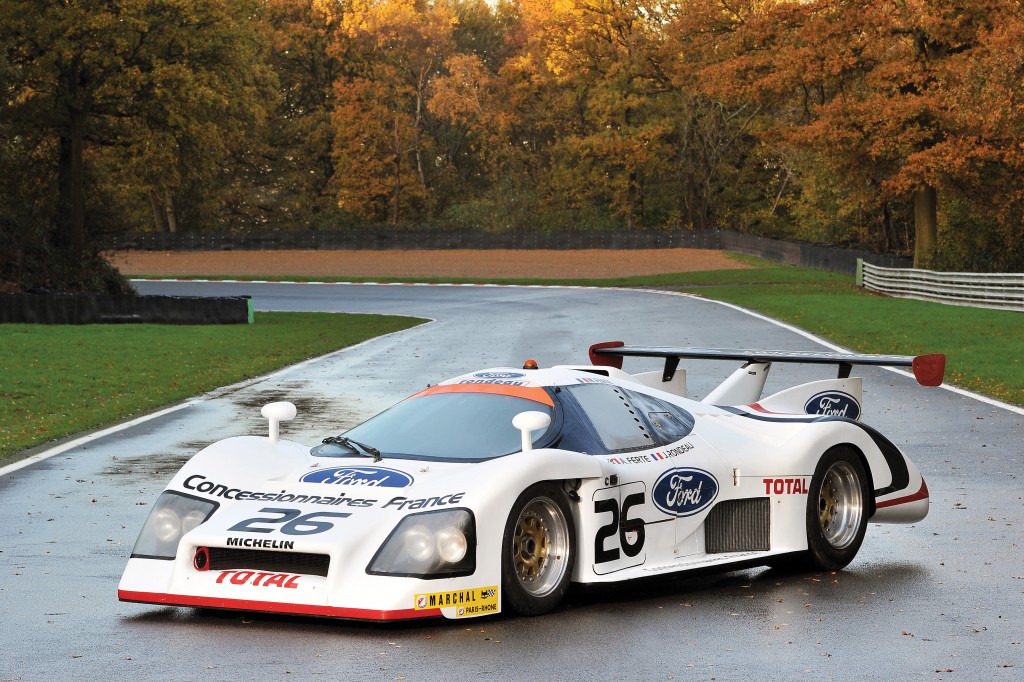 Rondeau and Peugeot designer Gerard Welter planned to enter their own Le Mans race car for 1976, and it was to be powered by the 2.7-litre Peugeot/Renault/Volvo V-6 engine. That powerplant would have guaranteed strong French backing, but Rondeau chose the more powerful English Cosworth V-8 instead. Rondeau named the two cars after his sponsor, Inaltera. Jean-Pierre Beltoise and Henri Pescarolo won the GTP class and finished 8th overall, whilst Rondeau, Jean-Pierre Jaussaud, and “Christine” finished 3rd in GTP. In 1977, the Inalteras faired even better, with Rondeau and Jean Ragnotti finishing 1st in GTP and 4th overall, and the other car finished a respectable 11th in class and 13th overall. 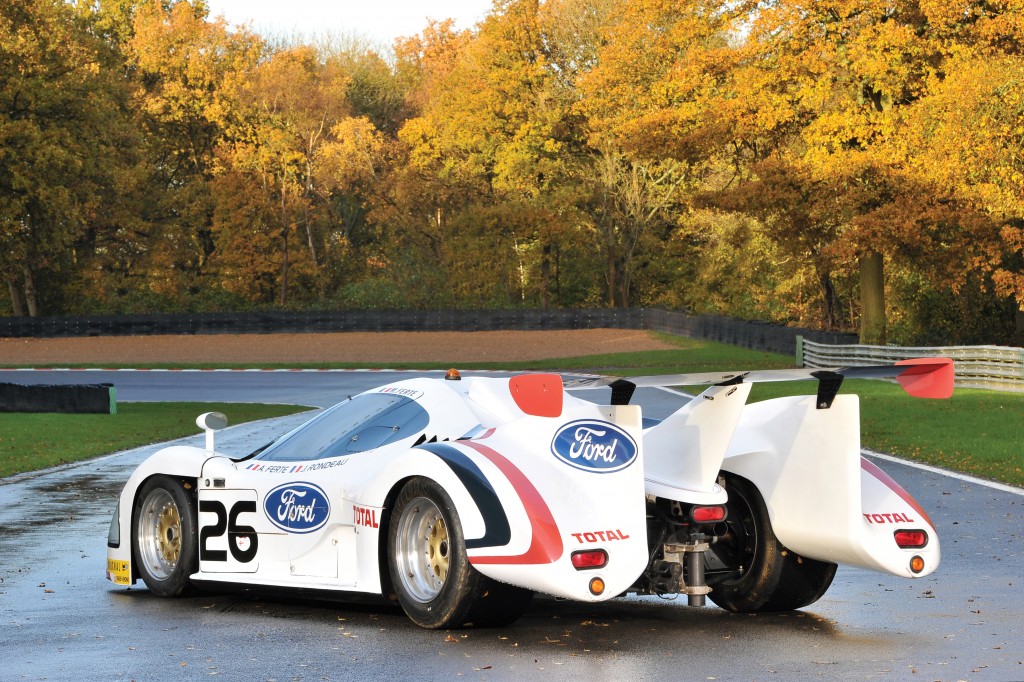 The Inaltera sponsorship no longer existed in 1978, so Rondeau returned to Le Mans that year as a constructor. Not to be slowed, he won the GTP class for the third time, placing 9th overall with Bernard Darniche and Jacky Haran. In 1979, Rondeau and Haran drove an updated M379, but they failed to finish after an accident. However, teammates Bernard Darniche and Jean Ragnotti finished 5th and Jean-Pierre Beltoise and Henri Pescarolo placed 10th. 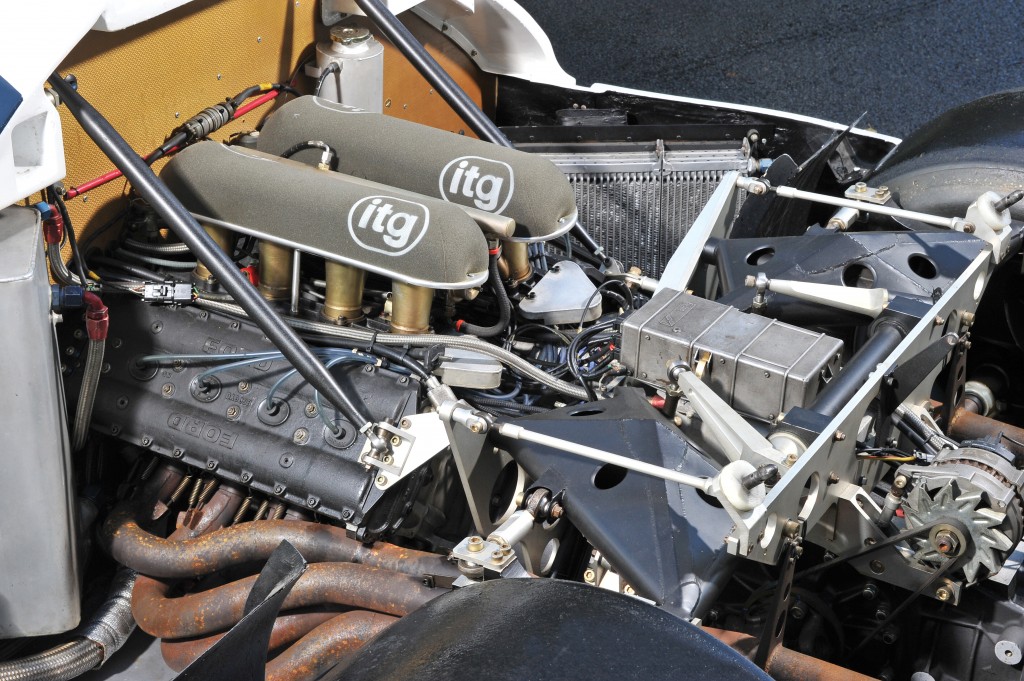 Rondeau finally won the 24 Hours of Le Mans in 1980, with Jean-Pierre Jaussaud, and a second car, which was driven by Belgian brothers Philippe and Jean-Michel Martin and Gordon Spice, finished 3rd. Sponsorship followed success, and Rondeau entered five cars in the 1981 24 Hours of Le Mans. The team couldn’t catch Jacky Ickx and Derek Bell in the Porsche 936, but they did manage 2nd and 3rd. Sadly, driver Jean-Louis Lafosse was killed during the race. 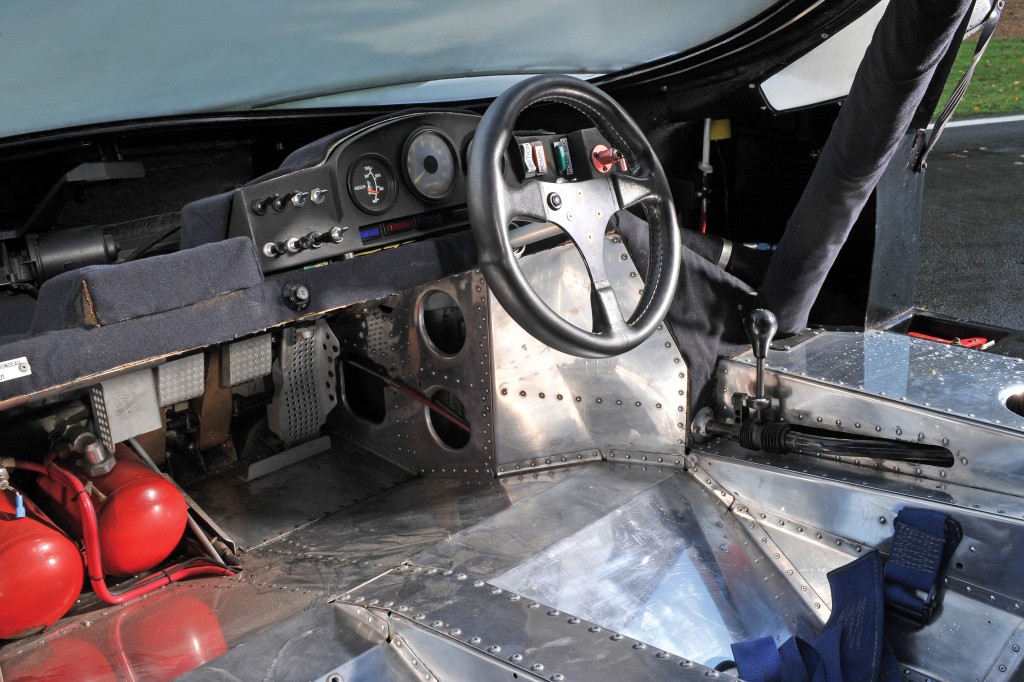 In 1982, further disaster would strike Rondeau at Le Sarthe. He entered two M379s and four M382s. Two cars finished 10th and 15th, but the other four broke down. Even worse, Rondeau was robbed of the World Sportscar Manufacturer’s Championship when the FIA allowed Porsche to claim a privateer’s victory. 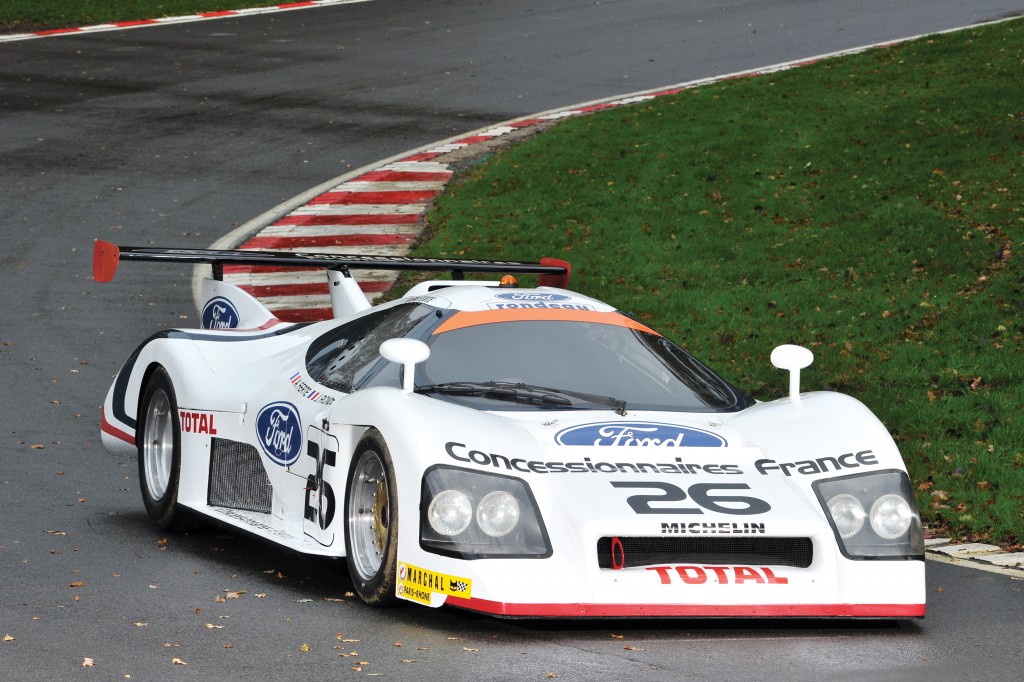 Rondeau had one more card to play. Later in 1982, he announced his new M482, which had stunning ground effects that were designed by Max Sardou. He entered six of his cars into Le Mans the following year. However, the Porsche 956 proved too potent, and it took the first eight places at a blistering pace. Only one Rondeau would finish. After that, Rondeau closed up shop, but his cars continued to compete for another five years. 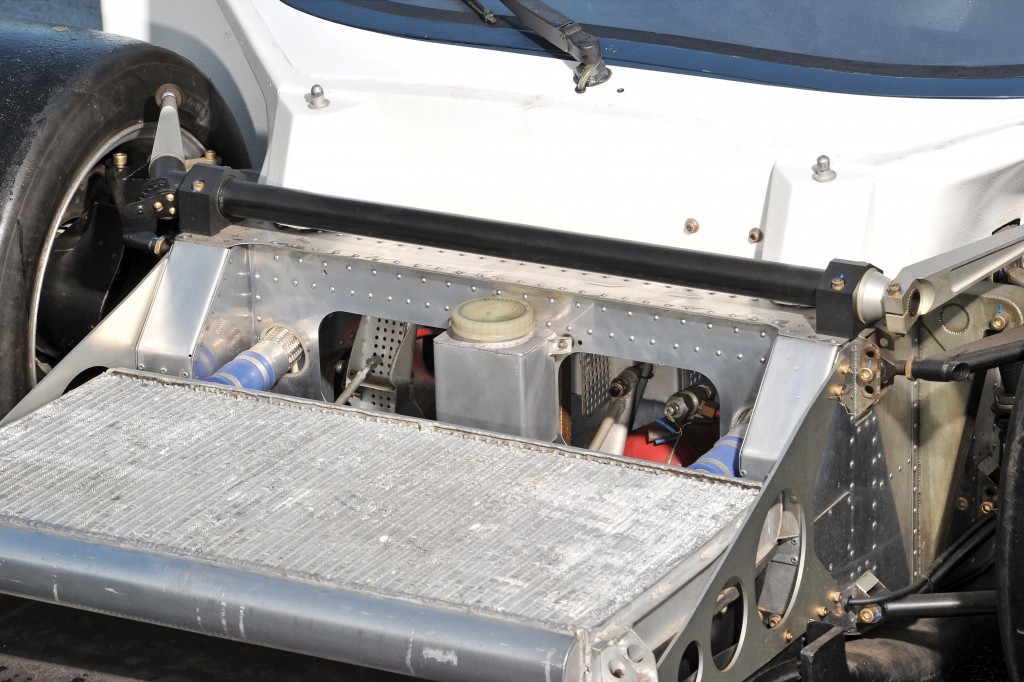 In 1982, three M482s were built, with the very first being M482-001, the car presented today. The first outing for chassis 001 was the 6 Hours of Silverstone in 1982, where it was driven by Jean Rondeau himself and François Migault. Unfortunately, as they approached the two-hour mark, the car was forced to retire due to engine problems. Chassis 001 would next appear in its Ford Concessionnaires France livery at the 1983 24 Hours of Le Mans, only to retire in the 10th hour due to engine problems. After an unsuccessful outing at Le Mans in 1983, in the hands of Jean Rondeau, Alain Ferte, and Michel Ferte, M482-001 finished 13th at Le Mans in 1984, being driven by Jim Mullen, Walt Bohren, and Alain Ferte. 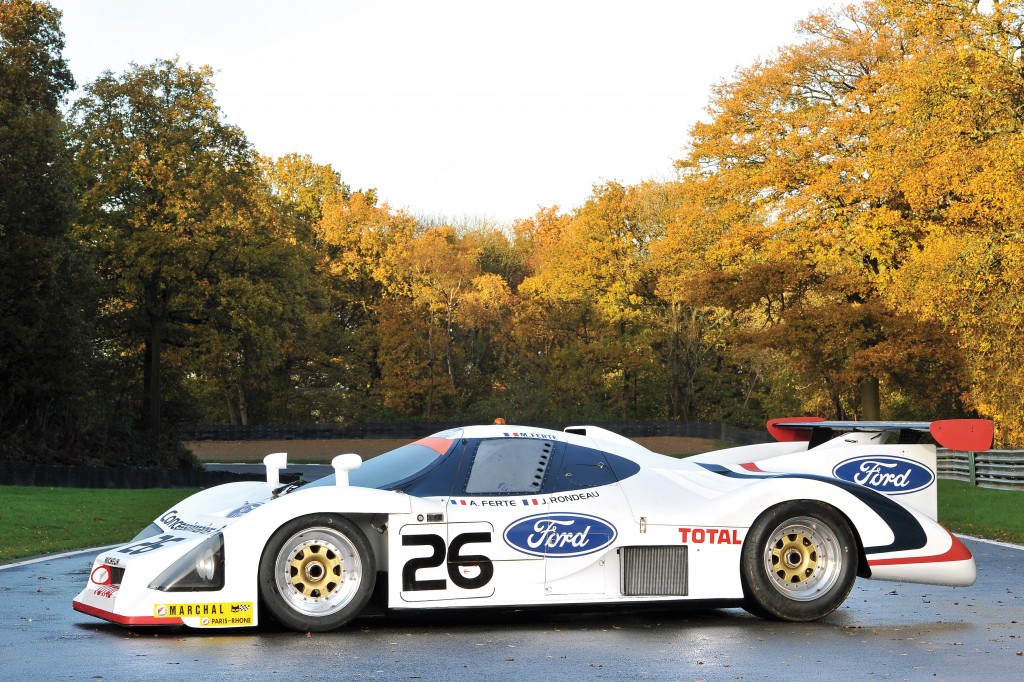 In 1985, this car entered Le Mans under the Autovox livery; however, once again, it had reliability problems and failed to finish, retiring in the 11th hour. The car would return to Le Mans, in the Bouvet Brut livery, in 1986; this time, it was driven by Jean Philippe Grand, Jacques Goudchaux, and Marc Menant, and it finished 13th overall. The car performed slightly better in 1987, finishing 12th in the hands of Jacques Terrien, Gaston Rahier, and Jean Philippe Grand. After competing in five gruelling races at Le Mans, M482 was retired from competition and displayed at the Musée des 24 Heures – Circuit de La Sarthe, amongst other notable competitors. It was recently acquired by the consignor and is offered in the same livery it appeared in in its first 24-hour race in 1983.

This Rondeau is a true piece of Le Mans history, as it has competed in no less than five 24-hour races on the fabled track. The car is currently fitted with a John Nicholson 3.3-litre Cosworth V-8 engine, and it is finished in the ever recognisable Ford France colours it first competed in. This historic M482 remains a tribute to its ever talented creator.