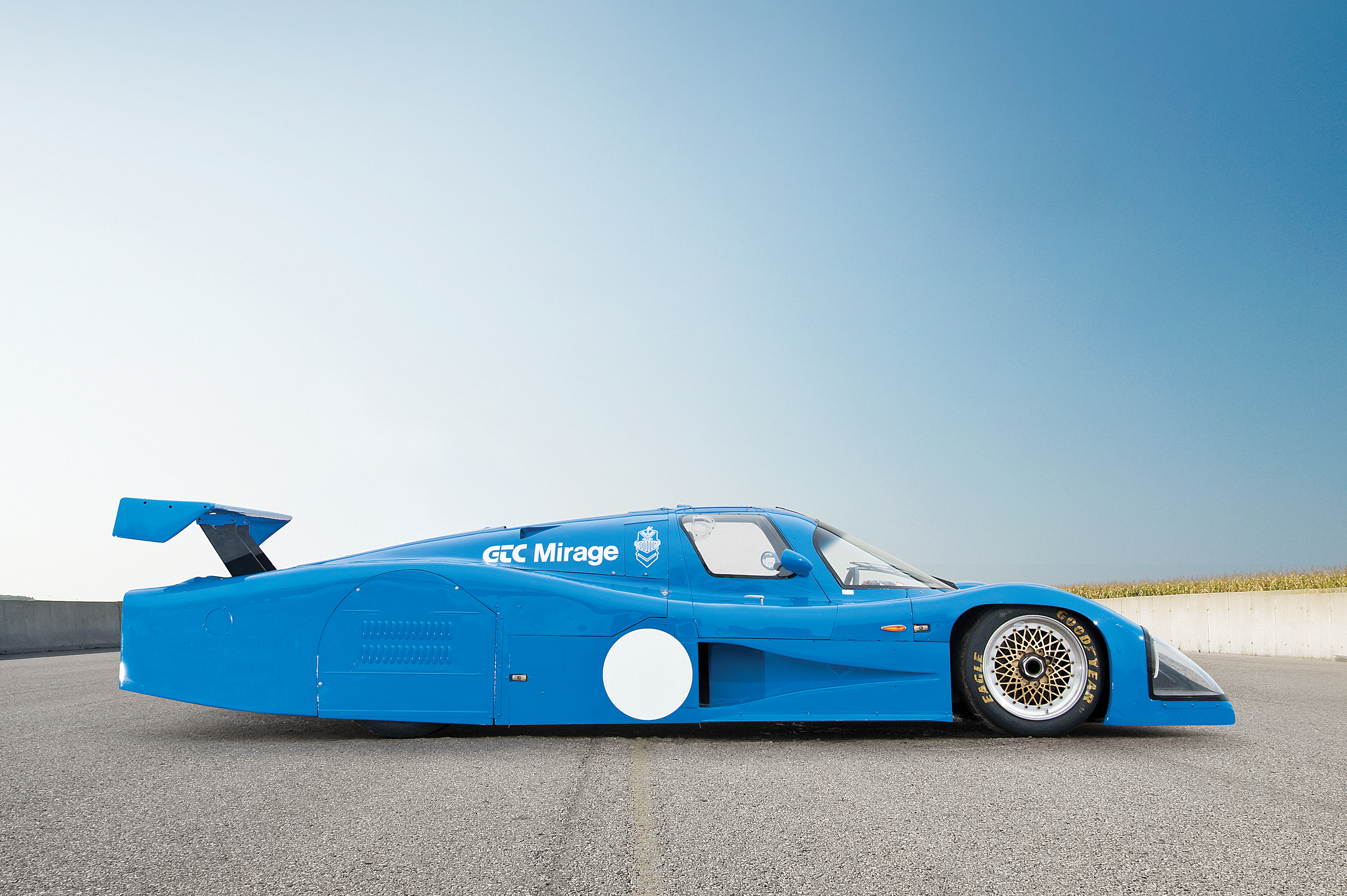 n 1967, John Wyer and John Willment founded J.W. Automotive Engineering Ltd. The team was to fill the void left by Ford when they called time on the GT40 in the FIA World Manufacturers’ Championship. Having managed to source modest funding from Grady Davis, of the Gulf Oil Corporation, the team set about building three prototypes for the forthcoming season, resulting in the M1. By April, four months after opening, J.W. Automotive was competing the M1 at Monza. The following race, at Spa, Jacky Ickx and Dr Dick Thompson were already in a league of their own. In the pouring rain, they handily won the race against the Ferrari P4, which finished over two laps behind! 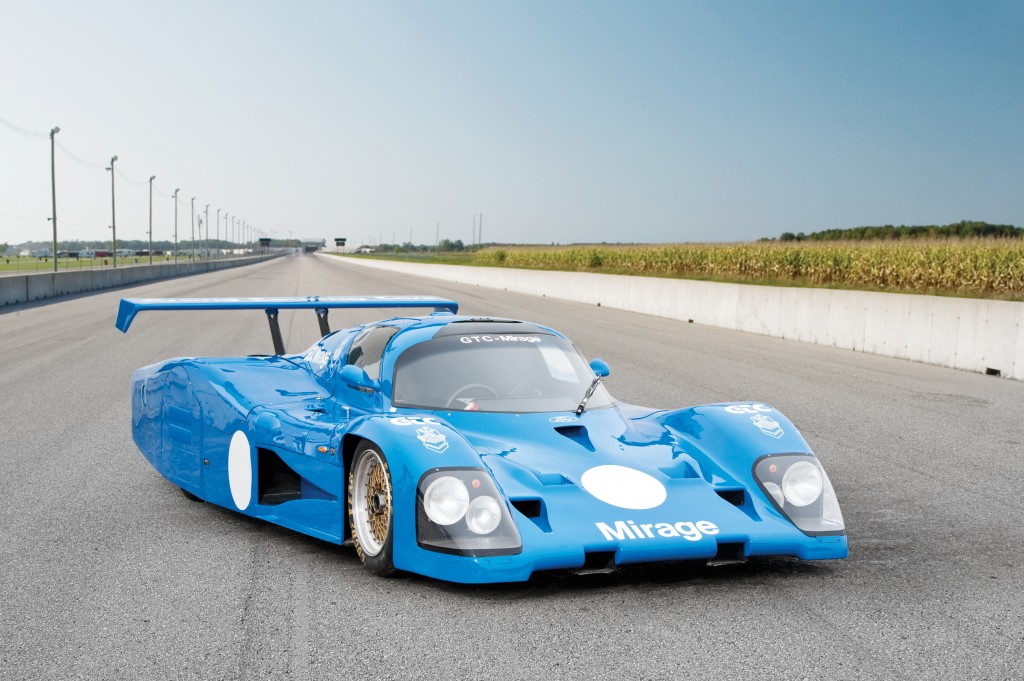 In 1974, John Wyer partially retired and the team was renamed Gulf Research Racing, reflecting the Mirage’s dedicated supporter. John Horsman would continue to direct the team, and the newly developed M6 was retitled GR7. Having finished 2nd to Matra in the 1974 World Championship, the team chose to concentrate on the world’s most prestigious event, the 24 Hours of Le Mans. The following year, Mirage won the gruelling 24-hour race with Derek Bell and Jacky Ickx. 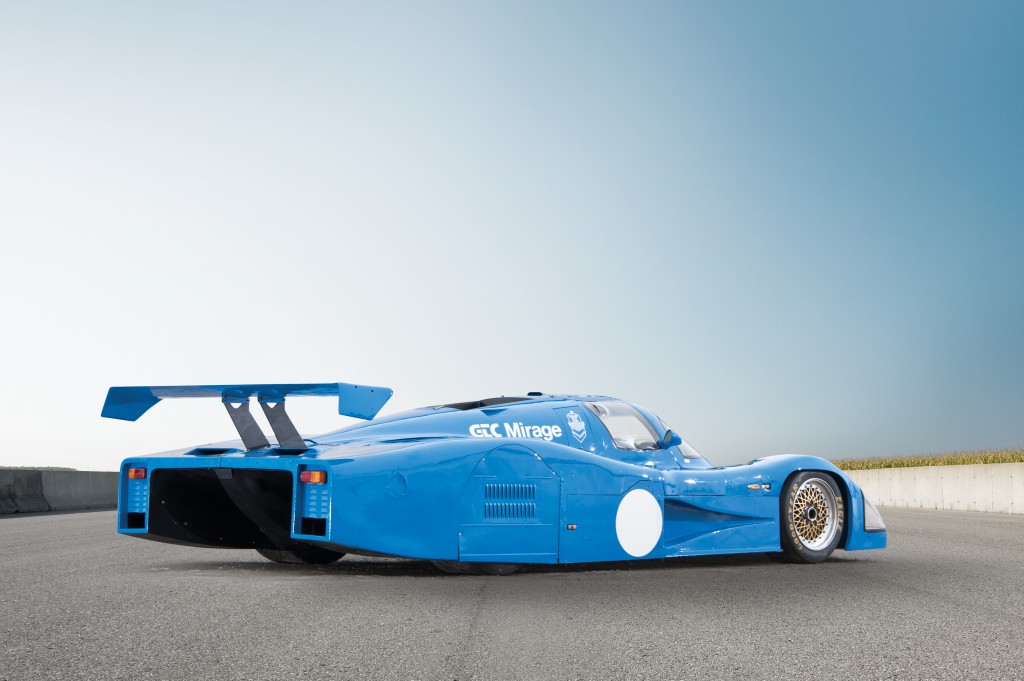 By the end of the 1975 season, Gulf withdrew their sponsorship and the team was bought by former racing driver Harley Cluxton III. The team continued to compete successfully, and in 1976 and 1977, Mirage finished 2nd at Le Mans, beaten only by the factory-supported Porsche Martini 936s. As the team progressed and the Group C Championship was born, a completely new car was required to remain competitive. 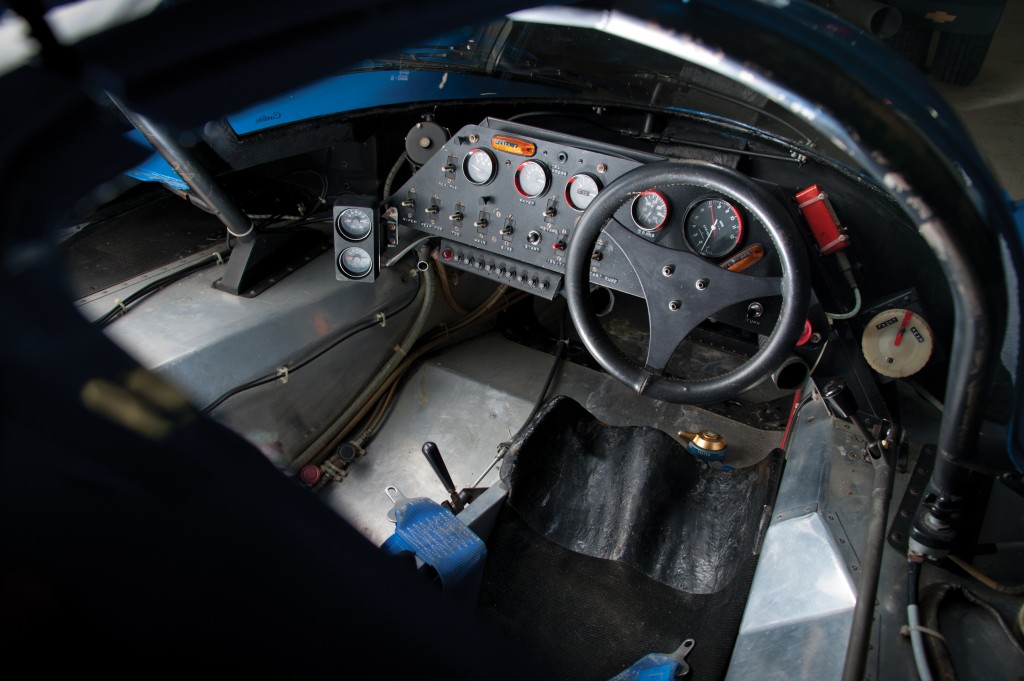 The new M12 ground-effect car was designed by John Horsman and built by Howden Ganley’s Tiga Race Cars Ltd. in England. The M12 featured the fantastic 3.9-litre Cosworth DFL V-8 engine and was entered in the 1982 running of Le Mans, where it would be driven by father and son duo Michael and Mario Andretti. Even though the Mirage was considered a relatively heavy car, its advanced aerodynamics made it amongst the fastest cars in practice, clocking an impressive 212 mph on the famous Mulsanne Straight. 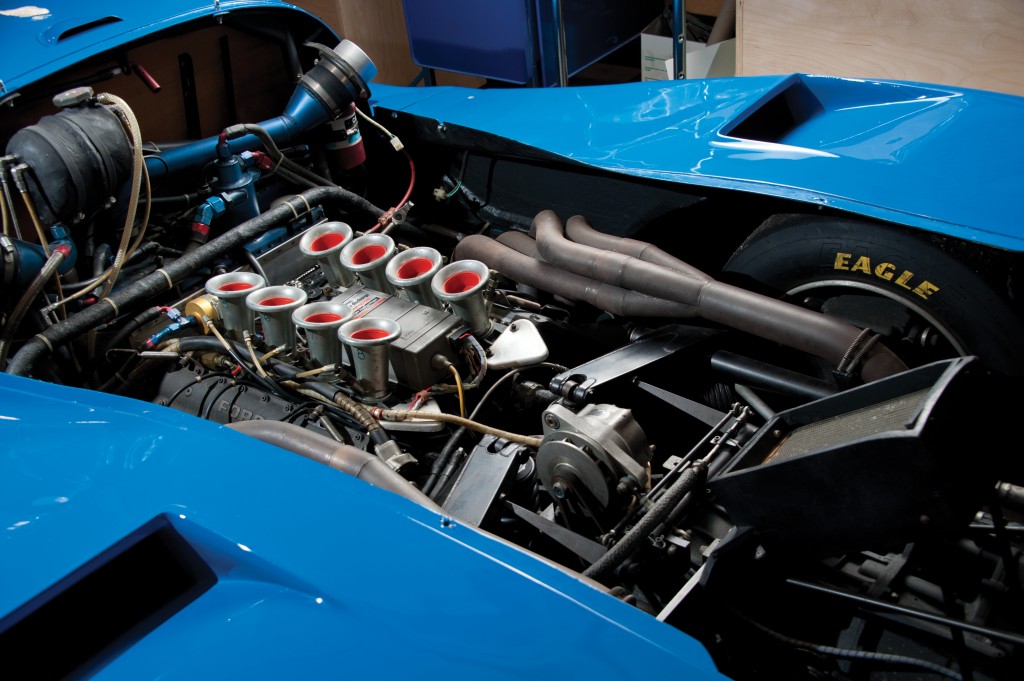 The M12 offered here, chassis M12-002, was transported to Le Mans in 1982 as a partially assembled spare car. As it was not needed, it returned to the Grand Touring Cars Inc. in Phoenix, Arizona, where the assembly was completed. Chassis 002 continued to be used as a development car and was even clocked at over 220 mph at Ford’s Arizona Proving Grounds. Whilst it was not called upon to serve competitive duty, it was extensively tested alongside its sister car, M12-001. A comprehensive book of tests results, photographs, and correspondence for both cars is included on file, and it serves as a fascinating look into the development of this ground-breaking Group C Sports Prototype.