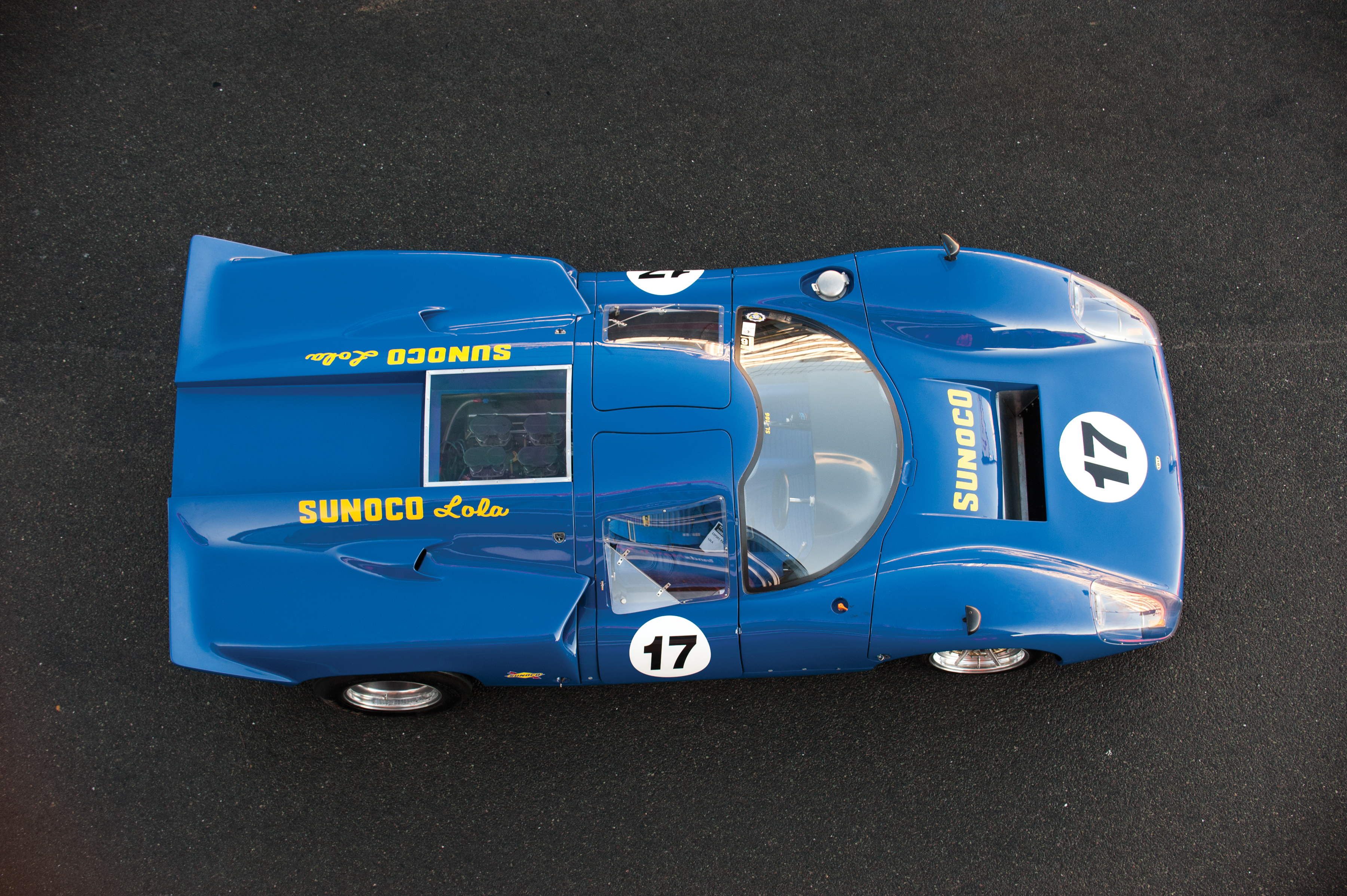 Enthusiasts of 1960s prototype racing require little explanation regarding the contributions of Englishman Eric Broadley. The race car designer and founder of Lola Cars was a principle member on the original Ford GT40 design team, with the very first GT40 largely being a developed version of the Lola Mark 6. After creative differences with Ford, Broadley left the project to resume building cars under his own name. 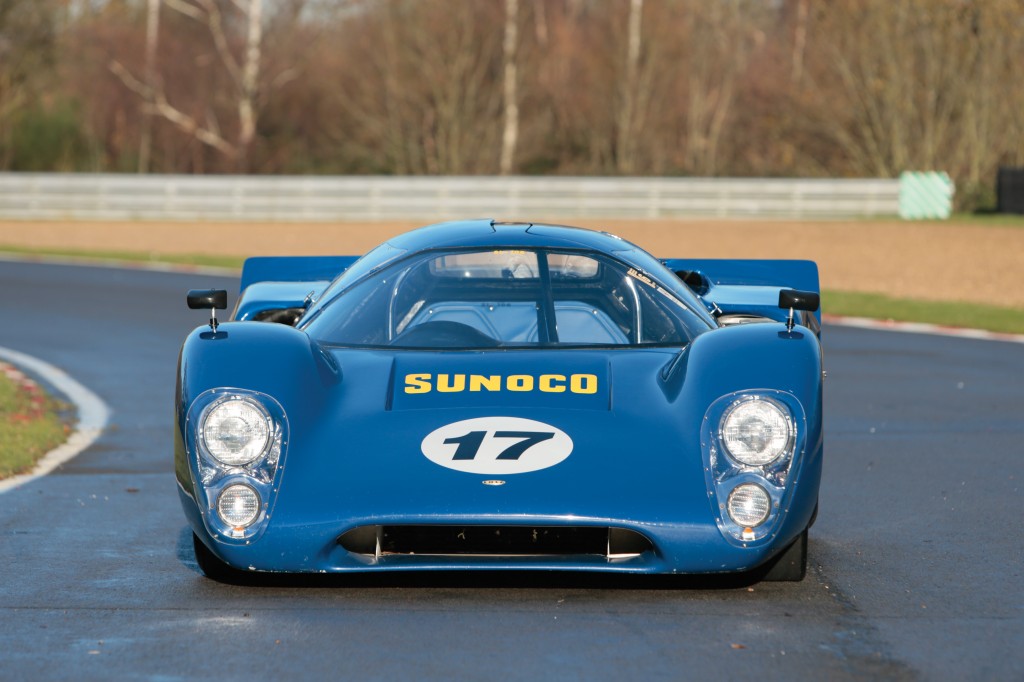 Broadley’s latest project was initially built in 1967 as part of Aston Martin’s plan to return to endurance racing, and it seemingly faltered when the new Aston V-8 failed to prove its mettle at Le Mans. Changing course, Broadley positioned the car for racing privateers and started producing and selling closed-bodied chassis that were then fitted with engines, with the most common choice being Chevy small block motors. These cars were dubbed the T70, and they were mostly sold to American customers through distributor Carl Haas. 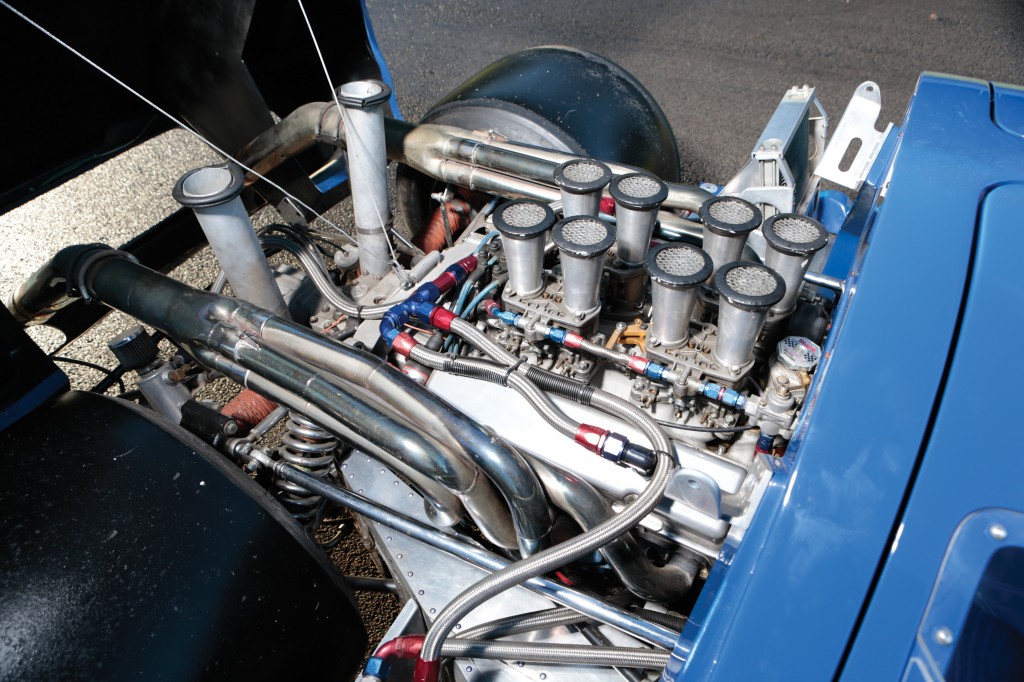 By late 1968, the increasingly successful T70 had evolved through three generations of development, and on 30 December, the very first example of the new Mk IIIb was completed. Chassis SL76/139 was sold to Roger Penske’s team, and it debuted at the 24 Hours of Daytona in February 1969, wearing blue Sunoco livery and being driven by Mark Donahue and Chuck Parsons. The new T70 went on to take the chequered flag in smashing fashion, with a slew of Porsche 908s failing to finish, to the chagrin of first-rate competitors like Jo Siffert, Vic Elford, and Brian Redman. 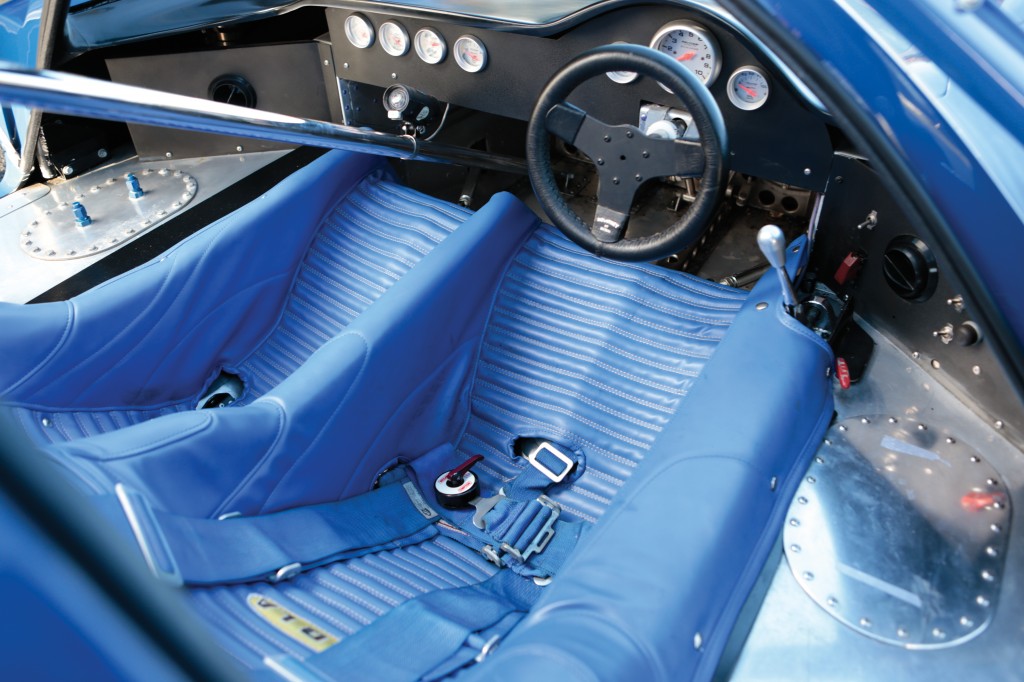 As the Mk IIIb clearly demonstrated its strengths at Daytona, there was naturally some curiosity regarding the possible development of the T70 for road use. At the end of the T70 Mark III production, Franco Sbarro, ex-crew chief of Scuderia Filipinetti and a skilled engineer who operated a race/prototype shop in Switzerland, bought up 10 Lola T70 Mk III chassis and constructed a number of cars that were intended for road use under the name of ACA (Atelier de Construction Automobile). Whilst the attempt didn’t entirely convince Broadley of the model’s potential for road going success, it was sufficient enough for him to build seven original Lola chassis for Sbarro. Falling outside of Lola’s chassis numbering system, the seven Sbarro-constructed cars were simply numbered SL-101 through SL-107, with all but two of the cars receiving Chevy engines. 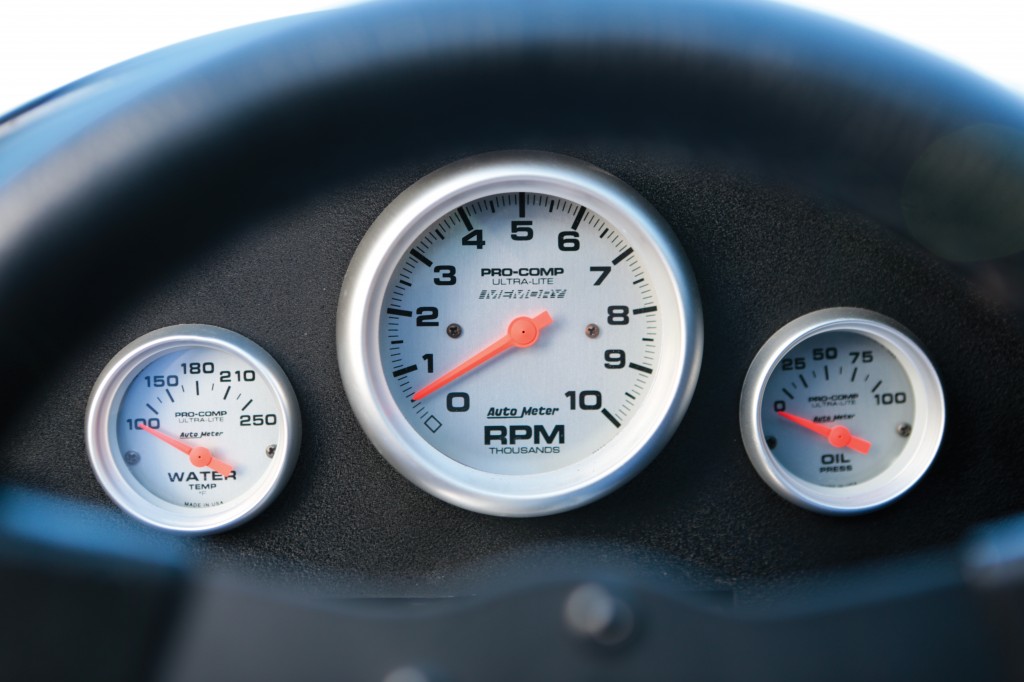 Chassis number SL-106 was purchased from Sbarro by Chuck Parsons for use during the 1969 and 1970 seasons. As Mr Parsons was a onetime driver for Lola distributor Carl Haas, the purchase would have been relatively easy to arrange, and though records are not precise, it is believed that Parsons used SL-106, but it has been impossible to verify which races the car was used in due to the lack of these records. 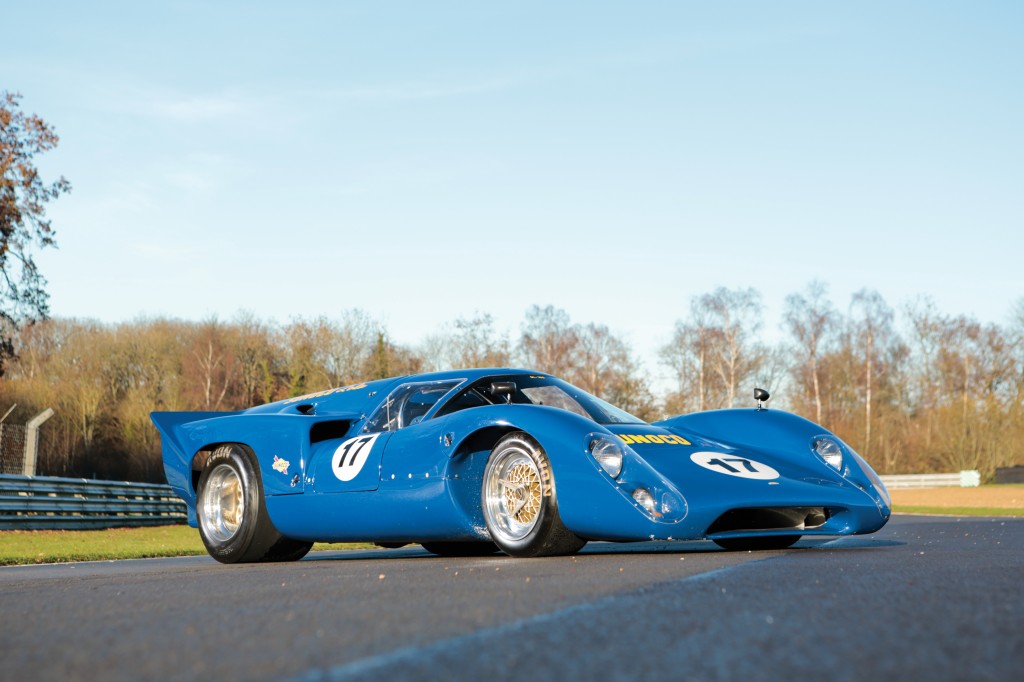 After a collision in 1971, the Lola was sold to Herb Holtzman, the owner of Eagle Racing America, who stored the damaged car until he commissioned a thorough rebuild in 1999 by Mac McClendon. Chassis SL-106 was then purchased in the early 2000s by Lola enthusiast Fred Larson of Cape Coral, Florida. 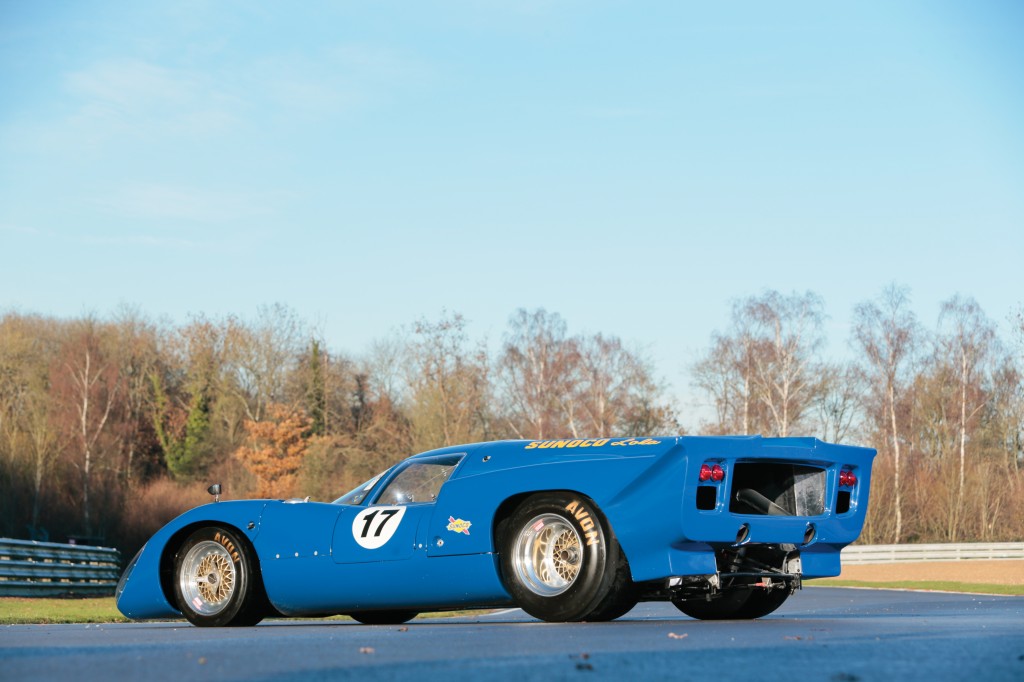 In 2005, SL-106 was sold to Mr Harburg, and it has occasionally participated in blisteringly fast vintage heats, as well as being displayed at the Bathurst Motorsport Museum in New South Wales, Australia. The latest period of ownership also included a complete rebuild of the engine, transaxle, and differential in December 2005, at a cost of over $25,000. Originally campaigned by 1969 Daytona winner Chuck Parsons, and promising many more exciting laps of historic racing, this beautiful coachbuilt Mk IIIb, which has been restored in its sister car’s Sunoco livery, beacons prototype race car collectors to experience the purity of design and performance that was originally envisioned by the influential Eric Broadley.