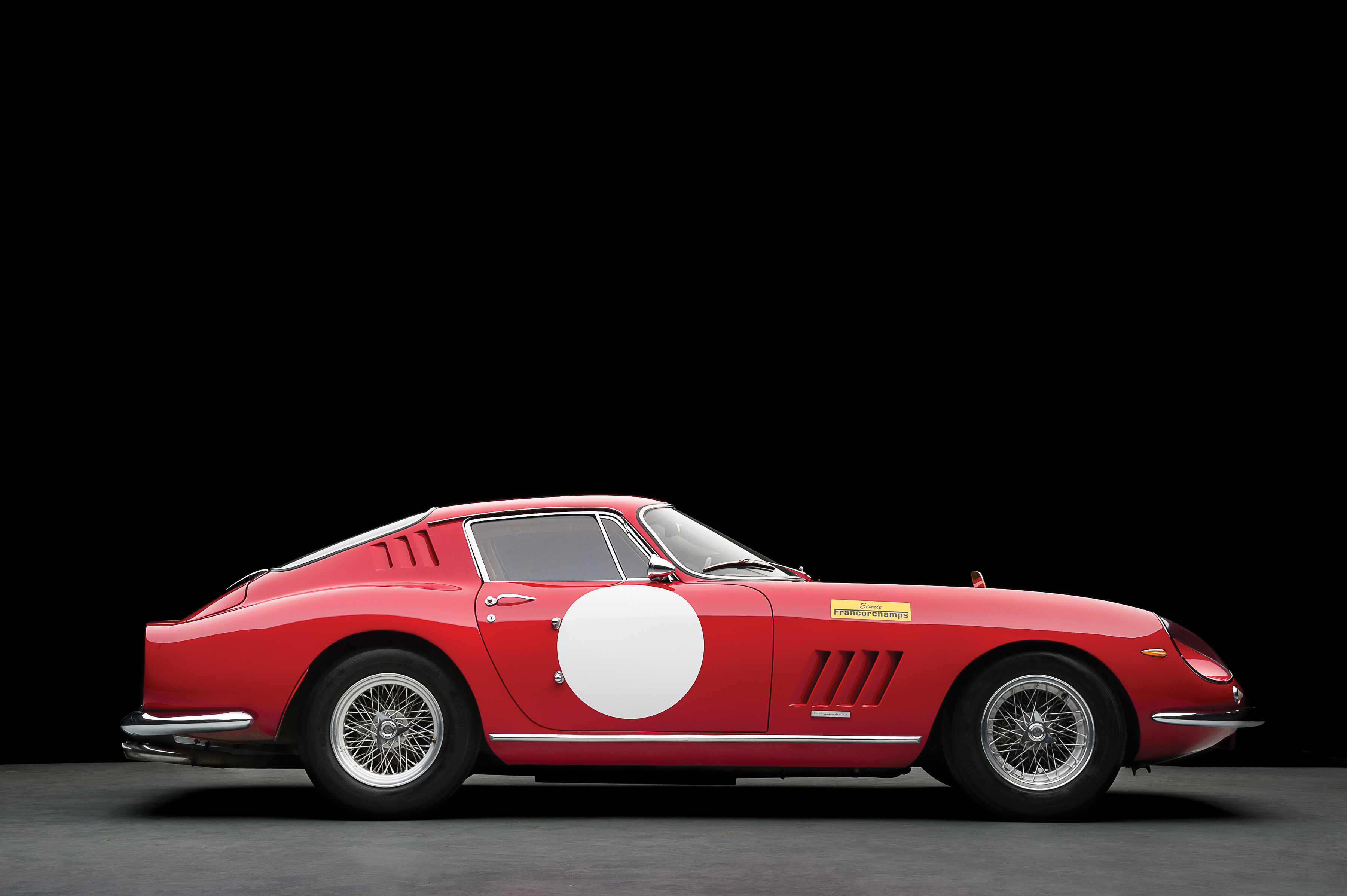 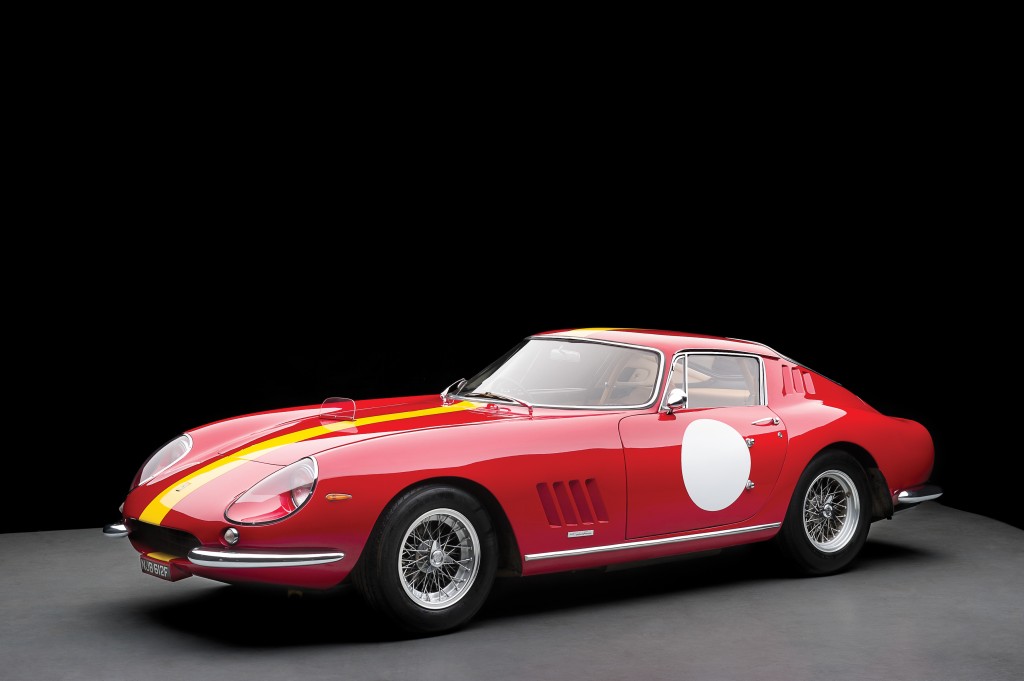 The GTB’s weight distribution was nearly perfect, thanks to an engine that was set low and well back in the chassis, which is counter-balanced by a new five-speed transaxle. Independent suspension all around and servo-assisted disc brakes potentially made the GTB a faster berlinetta than Ferrari’s vaunted 250 GTO, so a competition version was inevitable. In 1965, Ferrari built three lightweight GTB Competizione Speciales and equipped them with 250 LM dry-sump racing engines. After a DNF at the Targa Florio and a 2nd in class at the Nürburgring, Scuderia Ferrari sold 06885 to Ecurie Francorchamps. They, in turn, raced it at the 1965 24 Hours of Le Mans, finishing 1st in class and an amazing 3rd overall, which were impressive results for a GT car racing against sport prototypes. These promising results encouraged Enzo Ferrari to take the 275’s competition development even further. 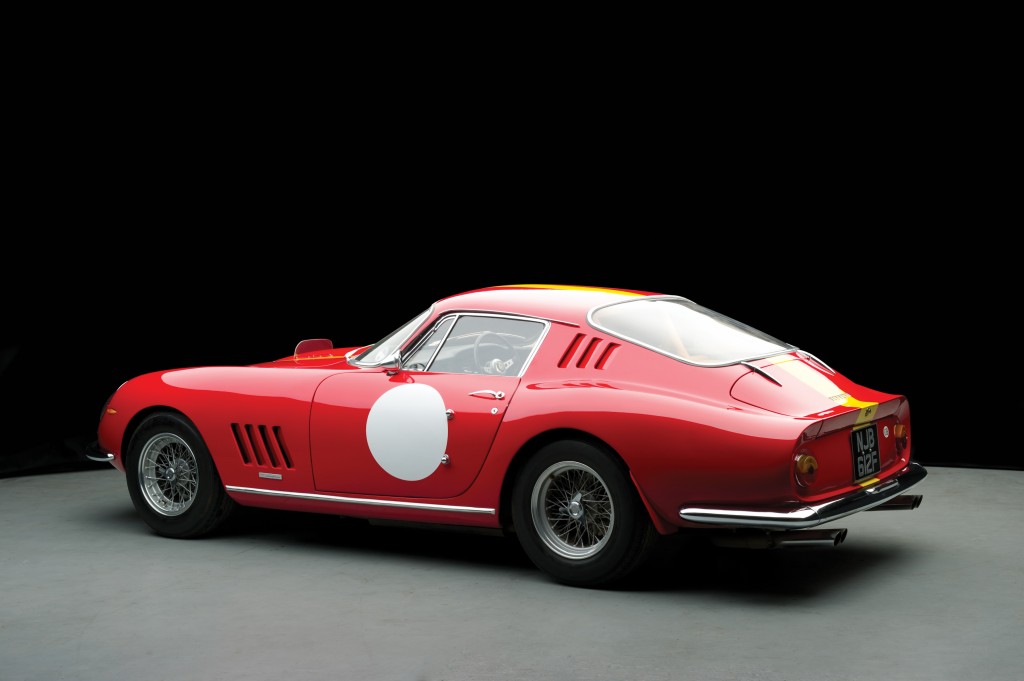 Parallel to the Works car program, Ferrari elected to build just 10 lightweight special 275 GTBs from May to August 1965. Technically, they were very close to the standard street cars, as they used the Tipo 563 chassis, the Tipo 213 engine, and a wet sump, but a main difference was that they were fitted with six carburettors. To underscore their competition intent, they were easily recognisable, thanks to their stretched aluminium silhouette, the three-vents in the rear wings, and, in a few cases, an outside filler cap on the right. Some cars had additional fog lamps fitted in the style of the 250 LM. These cars, commonly called GTB/C Series I, were delivered only to privateers and never entered into any major international events. 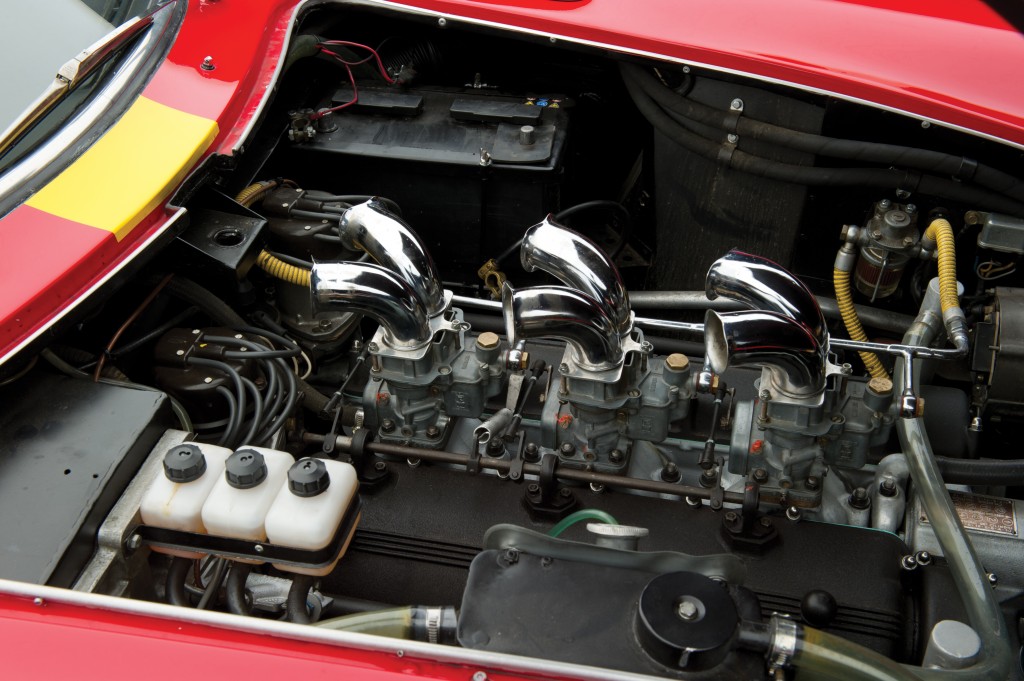 Following the promising results of the Works car during the 1965 season, Ferrari launched a new model in the GT class for the 1966 season. The model was called the 275 GTB Berlinetta Competizione, or 275 GTB/C. Ferrari designed a new chassis, the Tipo 590A, specific for that model. It was lighter and stiffer than the previous, and the suspension and wheel hubs were reinforced. Additionally, an improved clutch and steering box were fitted. The wheels, Borrani 7×15 in the front and 7.5×15 in the back, were shod with Dunlop Racing tyres. The body was made in very thin aluminium, but, this time, the three-vents and the outside filler cap were not carried over from the Series I. The main improvement came from the engine of a 1965 Works car. This engine was a new Tipo 213/Comp that was developed in order to propel the light, alloy berlinetta. Improvements include higher-lift camshafts, special valves, reinforced pistons, and a special crankshaft. However, the greatest improvement was the dry-sump lubrication, which allowed the engine to be set lower in the chassis, reducing the centre of gravity. An outside oil filler cap on the top of the passenger-side front wing allowed access to the oil tank. 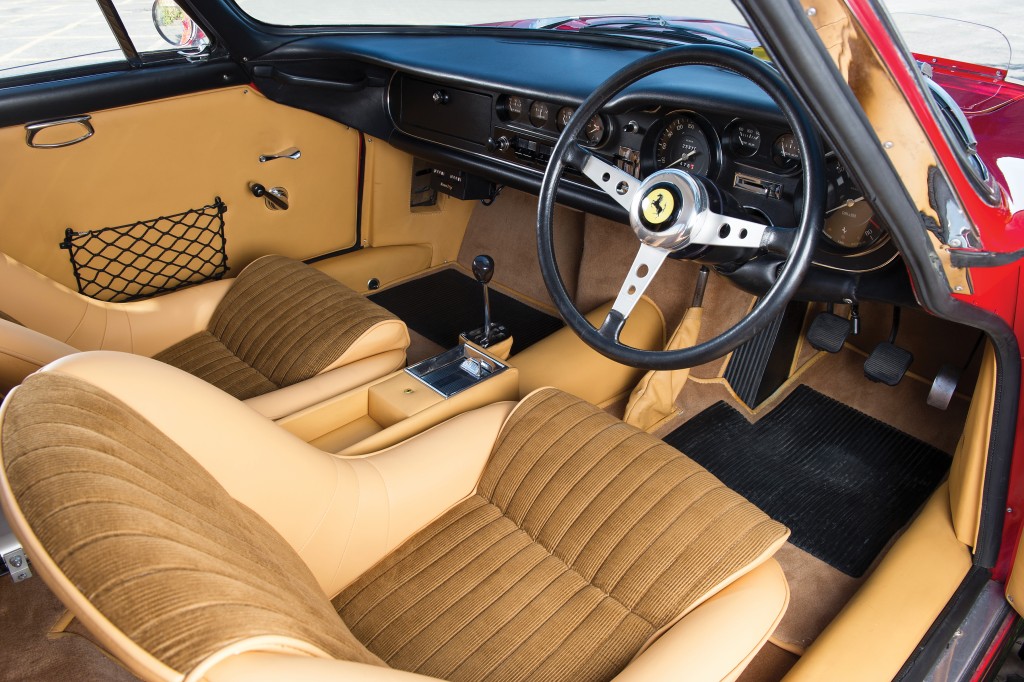 The engine block was reinforced with external ribs, and, for most cars, the casings of the sump, timing chain, cam cover, and bell housing were built in Elektron, much like the other Ferrari Competizione models. When homologation papers were filed, the factory somehow neglected to tell the FIA governing board that the production 275 GTB had a six-carburettor option, so the new GTB/C was homologated for a three-carburettor manifold only. As a result, a trio of larger, specific 40 DFI3 units was used, and these engines could produce 275 brake horsepower at 7,700 rpm. GTB/Cs were not fitted with rigid torque tubes, but their exposed driveline saved weight and facilitated quick repair work, if needed, during a race, especially on the clutch. Only 12 cars were built, numbered from 09007 to 09085, and most of which were raced by such famous, factory-supported national racing teams as the N.A.R.T, Maranello Concessioniare, Scuderia Filippinetti, and, as is the car offered today, Ecurie Francorchamps. 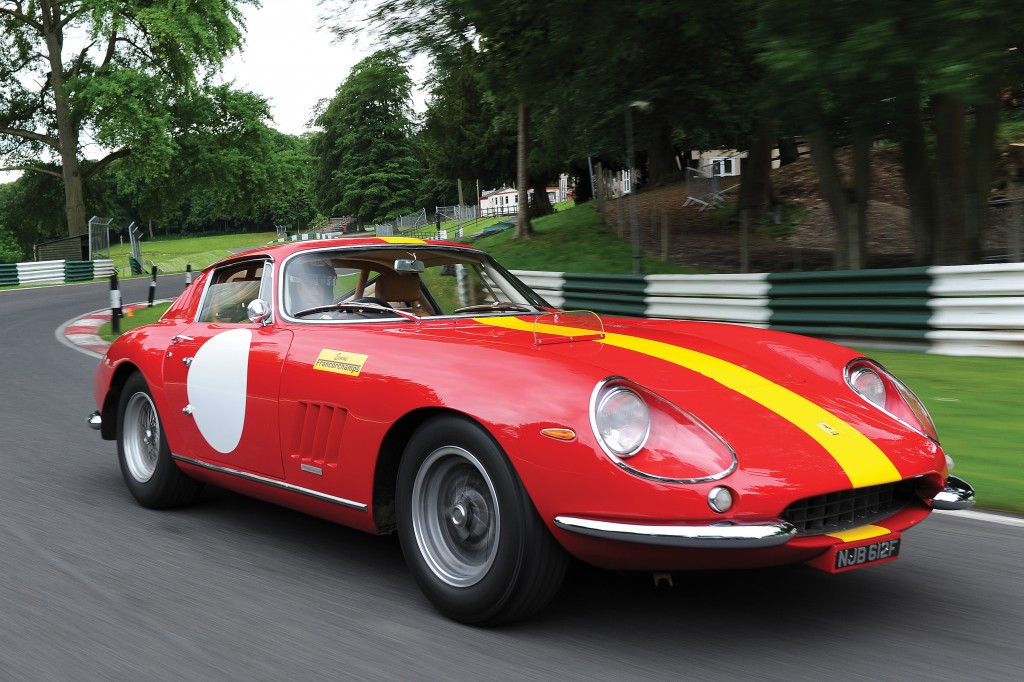 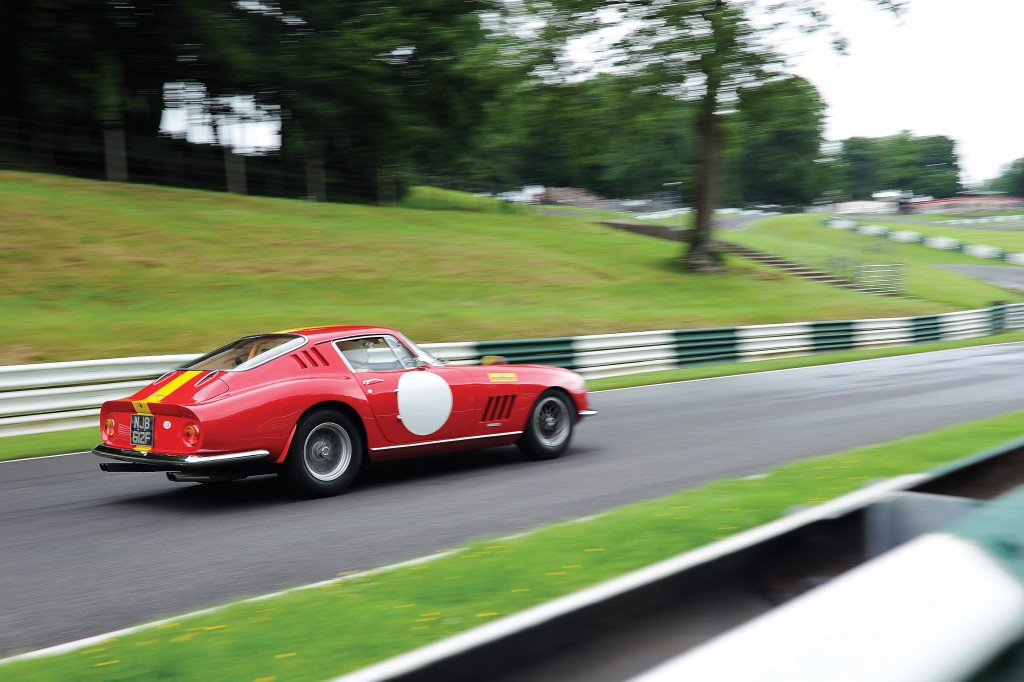 The car was finally completed on 14 June, and the very next day, painted in Giallo Fly and wearing the race number 57, 09027 was at Le Mans in the nick of time for the scrutineering session, where the engine was stamped with the mandatory mark on all important components. These marks are still clearly visible on the engine today. Interestingly, the entry form sent to the A.C.O on 27 May listed the chassis and engine number as “09027”, as was the normal practice at Maranello. However, in the rush to get 09027 ready on time—the number had not been corrected on the entry form—the scrutineer manually wrote down the actual number stamped on the block, “0014”. A fascinating copy of the Le Mans logbook, with the hand-written notes, will be included with the car. 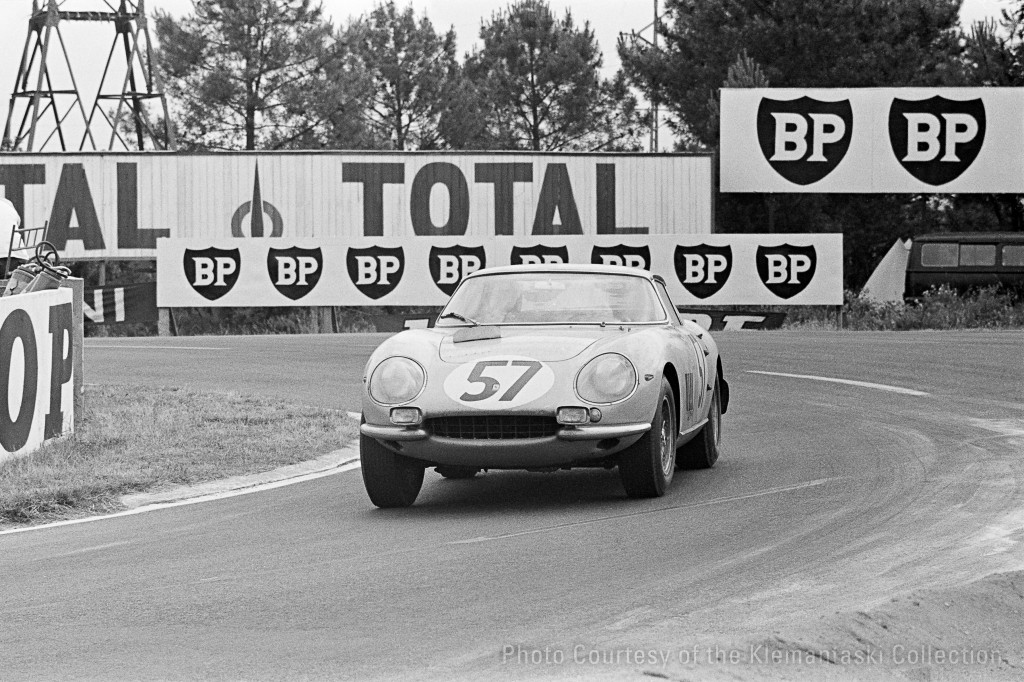 Pierre Noblet was chosen as the first driver, while the second seat remained vacant whilst Jacques Swaters searched for a paying driver. Claude Dubois, an experienced gentleman driver and Ford importer for Belgium, offered to take the wheel of 09027 for free. Swaters put him on hold until two weeks before the race. Claude Dubois recalls, “I called Jacques and asked if he had found the rare bird, and in typical Swaters behaviour, he was mysterious, he mentioned that maybe he had a client for the drive, but it was not really firm yet, and that I should come to LM anyway…So I took my overalls and my helmet and drove to Le Mans on the Tuesday before the event in my demonstration Shelby GT350. Once I arrived, Jacques offered me the drive, for free! So we did our practice sessions, and we realised that the strongest opposition in the GT class was Roy Pike and Pierce Courage in a similar 275 GTB/C (number 09035) entered by the UK Ferrari distributor, Maranello Concessionaire”. 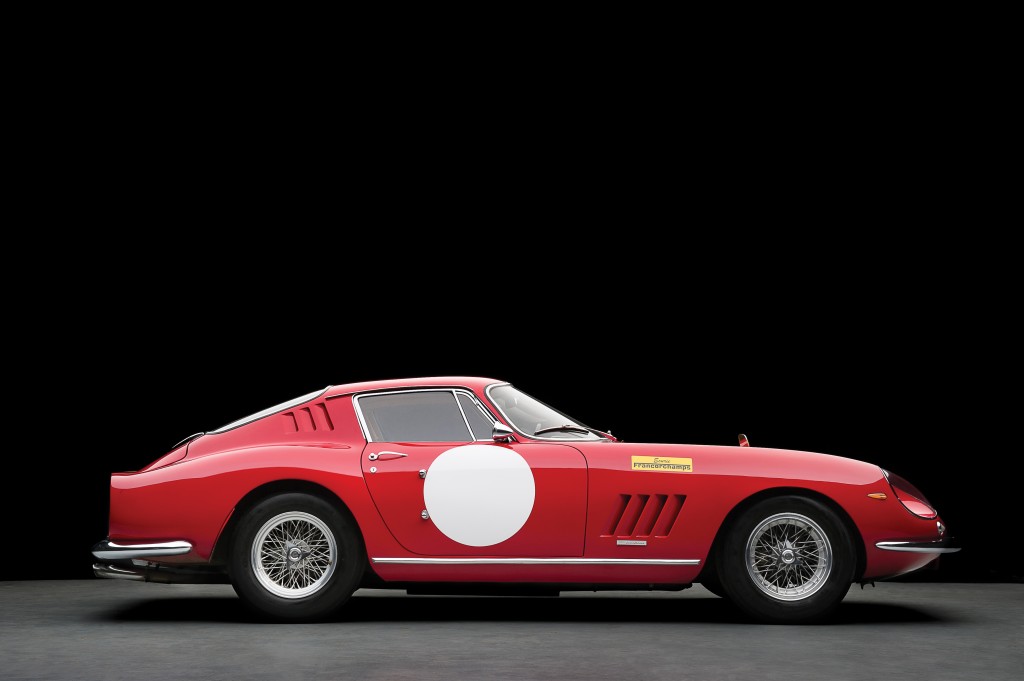 On 18 June, at 4:00 p.m., Pierre Noblet took the wheel of 09027 for the start. Dubois alternated with him, and despite gearbox issues, they drove the yellow berlinetta safely and quickly, passing the chequered flag as 10th overall and 2nd in class. They finished just behind 09035, which placed 8th overall and 1st in class. These were impressive results for a brand-new car that was competing in one of the most difficult races in the world and having just been completed only a few days before the race…never tested!

Chassis 09027 was also a class winner in the 1966 Mont Ventoux Hill Climb, where it was piloted by Lucien Bianchi, one of the most experienced privateer Ferrari drivers. Other period races included the punishing 84-hour Marathon de la Route at the Nürburgring in 1966, driven by Lucien Bianchi and Eric De Keyn, and at one point, it led the event. This race was one of the first times that a car was equipped with a driver-to-pits radio link. It was damaged in a race accident, when de Keyn crashed at the famous Karussel turn, and it was returned to Carrozzeria Scaglietti, in Modena, for repairs. En route to Brussels, after repairs, 09027 was damaged again, when the transporter overturned, necessitating a return to Scaglietti, where it was restored to as-new condition.

Of special note, 09027 was pictured on the official Le Mans poster for 1967. Ironically, it failed to qualify at Le Mans that year, and after which, it was sold to British owner/driver and Autosport magazine journalist, Patrick “Paddy” McNally. Off to the races, with McNally and Ed Nelson driving under the Ecurie Francorchamps banner, 09027 competed in the Paris 1000 km race at Montlhéry, where it retired after a minor accident. After repairs by UK Ferrari distributor Maranello Concessionaires, 09027 passed through several British owners.