The history of Anglo-American hybrid sports cars dates back to the launch of Ford’s original “flathead” V-8 of 1932, which provided an infusion of relatively inexpensive and readily upgraded power to the elegant British sportsters of the era. Famous marques with this configuration being built between the wars included Jensen, Brough Superior, Railton, Batten, and others. Following World War II, Sydney Allard advanced the concept even further, and his various models proved devastatingly effective wherever they raced. 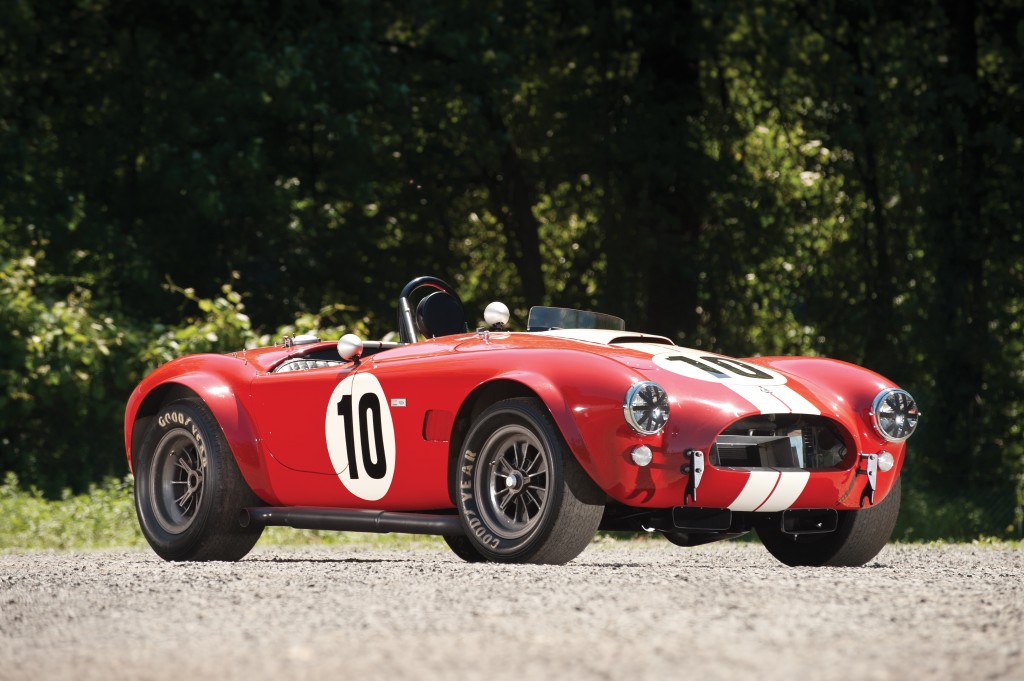 But Carroll Shelby’s 1962 Cobra roadster marks the pinnacle of the concept. Simply put, his extensive racing experience taught him what worked and what didn’t. It was also the result of near-perfect timing. Shelby, at 37, was winding down a very successful racing career, which had peaked in 1959, when he won the 24 Hours of Le Mans race for Aston Martin. Shelby became the Goodyear Racing tire distributor for the western USA in 1961 and started his own racing school at Riverside Raceway in California. All he needed now was a car bearing his name. 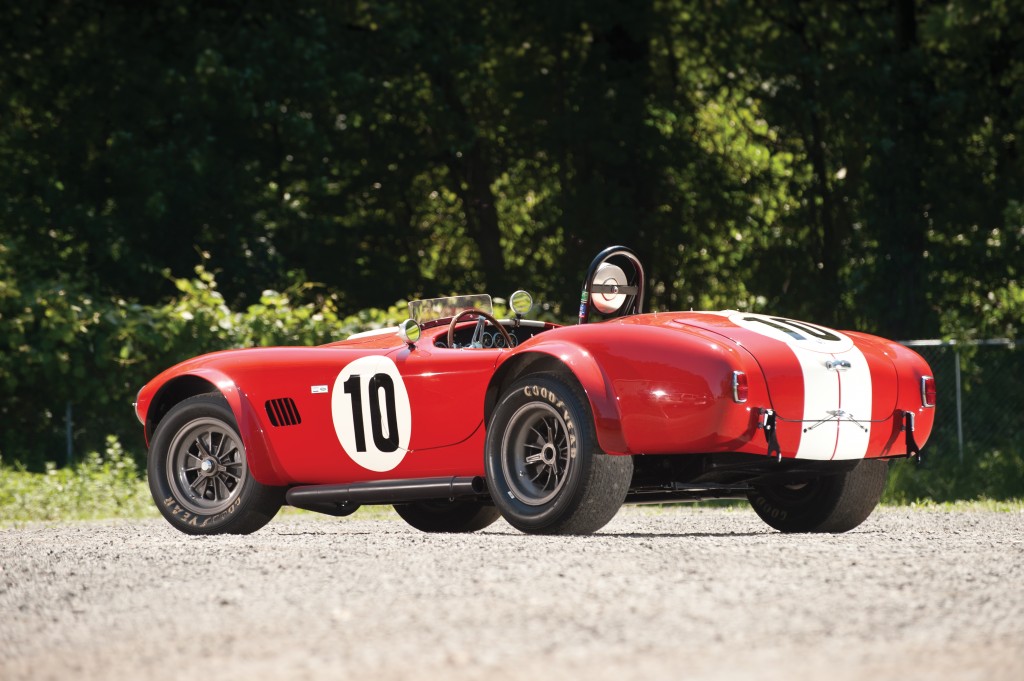 Shelby considered putting a V-8 engine into the Austin-Healey 3000, but Donald Healey was doing fine with his BMC factory deal and was not interested. Shelby’s Scaglietti Corvette project of 1959 begat three cars, but Chevrolet was loathe to support a Corvette challenger and Scaglietti was not willing to anger its main client, Ferrari. However, AC Cars, of Thames Ditton in Surrey, was more amenable. The company’s John Tojeiro-designed Ace roadster had been a force to reckon with in British sports car racing for six years, but the hottest motor, a prewar BMW two-liter, six-cylinder, was ceasing production. 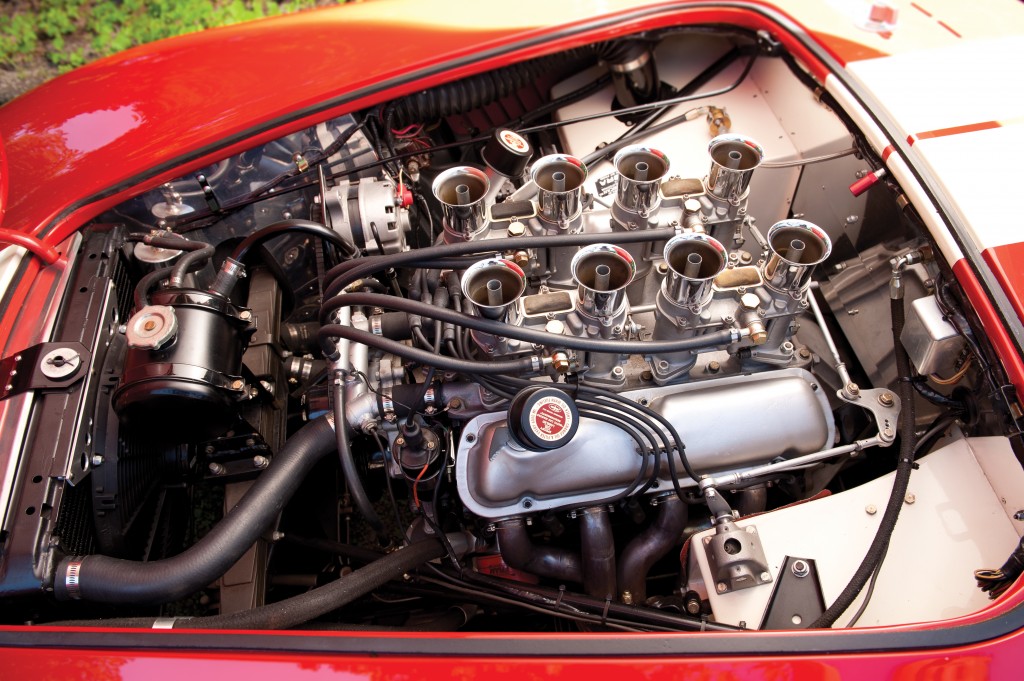 Bristol Cars had been making the engine under license, but their “Gentleman’s Express” coupes had been getting bigger and bigger, and the engine had been stretched to its limit. Bristol decided to do away with the old six and use a 331-cubic inch Chrysler V-8, which meant that AC needed a new motor. The Hurlock brothers, who owned AC, had been working with tuner Ken Rudd, who was generating as much as 170 horsepower from the 2.6-liter English Ford Zephyr OHV six-cylinder. But the higher horsepower showed up the weakness of the engine’s bottom end, leading to “light bulb” motors, which burned brightly but not for long. 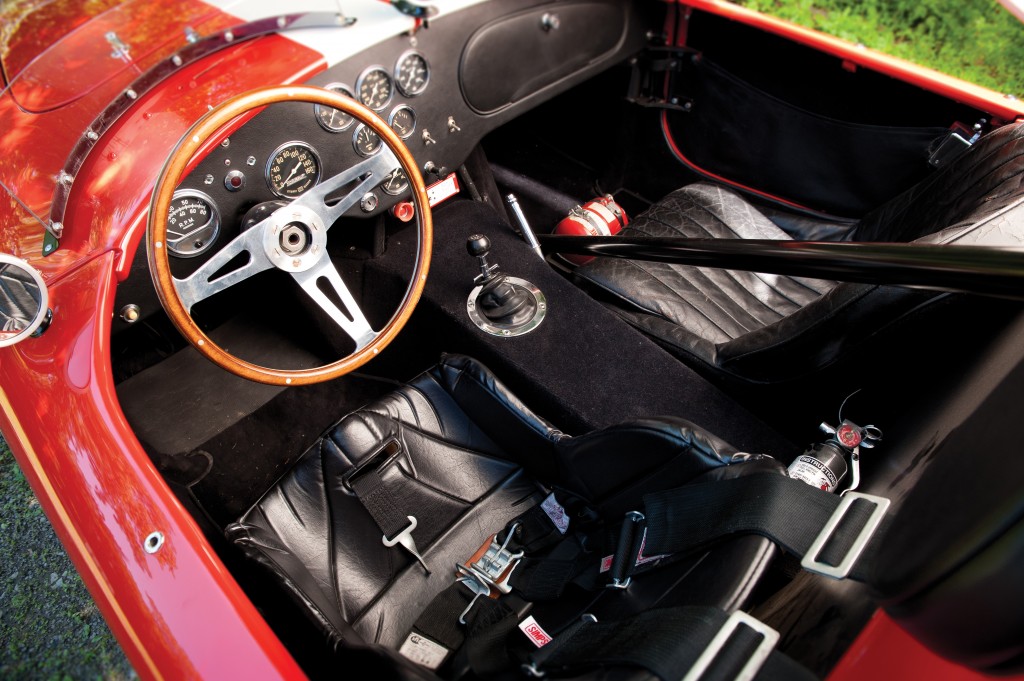 Shelby considered using a small-block Chevrolet V-8, but GM was very protective of its Corvette franchise and didn’t want to subsidize any competition. Instead, Ray Brock told Shelby about a new, lightweight Ford V-8 engine. Displacing 221-cubic inches, its thin-wall construction meant it weighed little more than the outgoing Bristol, and when Ford engineer Dave Evans offered Shelby a couple of 260-cubic inch high-performance variants, designed for the Falcon Sprint, the die was cast—literally. Shelby flew to England on February 1, 1962 to test drive his new Cobra. 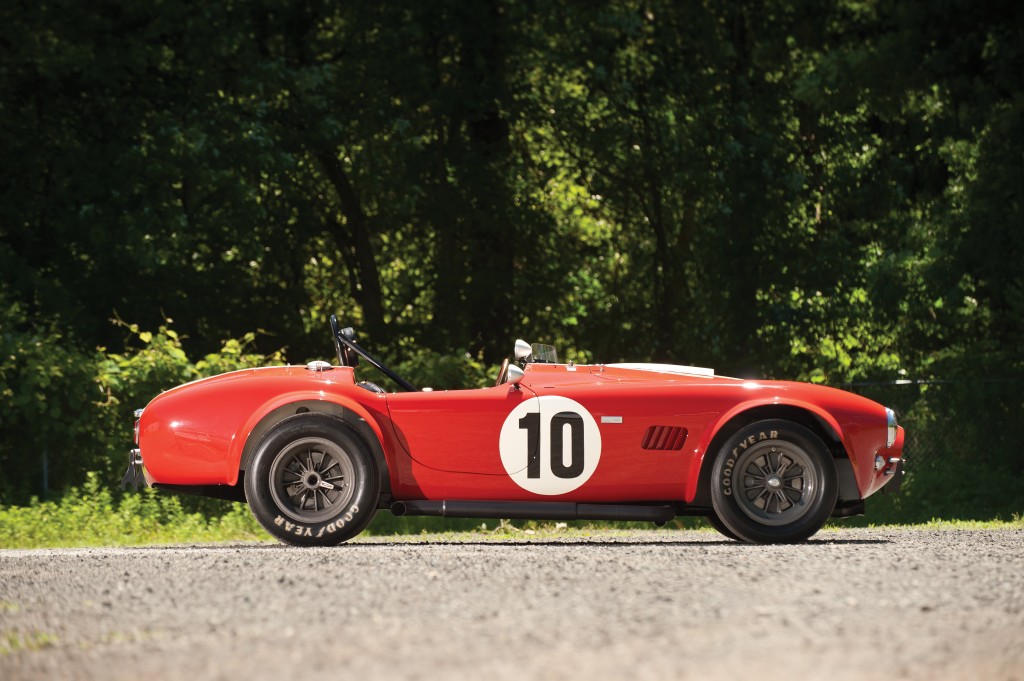 As the new cars were completed in Shelby’s California factory, many headed straight to the race track. The first 75 cars were powered by the 260-cubic inch motor, which was quickly enlarged to 289-cubic inches. In racing tune, it delivered up to 385 hp in a car weighing just 2,000 pounds—some 500 less than the Corvettes. The Cobras gave GM fits, starting with Dave MacDonald’s first victory at Riverside a year later on February 2, 1963. There, MacDonald smoked a field of Corvettes, Jaguars, Porsches, and Maseratis, and soon thereafter, every red-blooded sports car aficionado in the USA wanted to possess a Shelby Cobra.