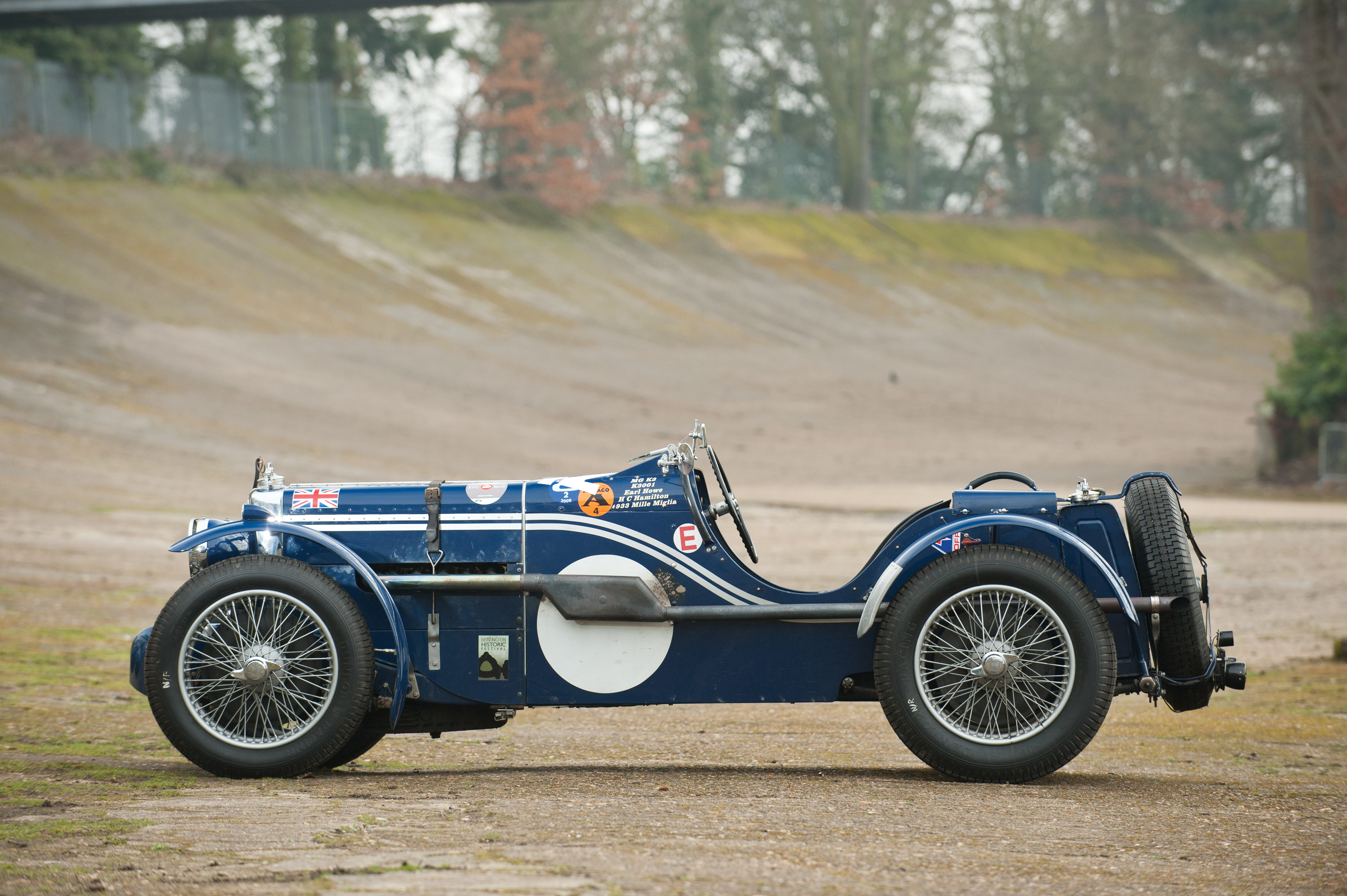 From 1933 to 1934, MG built 33 supercharged six-cylinder racing cars, which would turn out to be the most successful British competition model until the rise of Jaguar. The K3 Magnette generated 124 horsepower at 6,500 rpm from a single overhead camshaft supercharged six-cylinder engine with only 1,086 cubic centimetres of displacement. It was the ultimate example of a series of highly successful supercharged sports racing cars for which MG was very well-known for in the pre-war era. Power was delivered to the under-slung rear axle through a Wilson pre-selector box, which allowed the driver to change gear in advance, but the shift would not occur until the clutch was depressed. 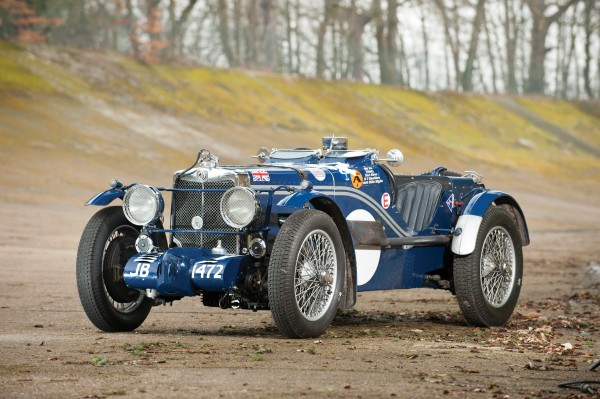 The British aristocrat and well-known pre-war racing driver Earl Howe can be credited for the K3’s existence. The veteran racer persuaded MG to tackle the power and success of Alfa Romeo and Maserati Italian teams in the 1933, 1,000-mile Mille Miglia race. He also offered to underwrite the cost, and the first prototypes were constructed only six months before the race was to begin, on 8 April 1933. The three team cars were completed in time, and the first K3 prototype spent five weeks practicing on the snow-covered Mille Miglia course in January. 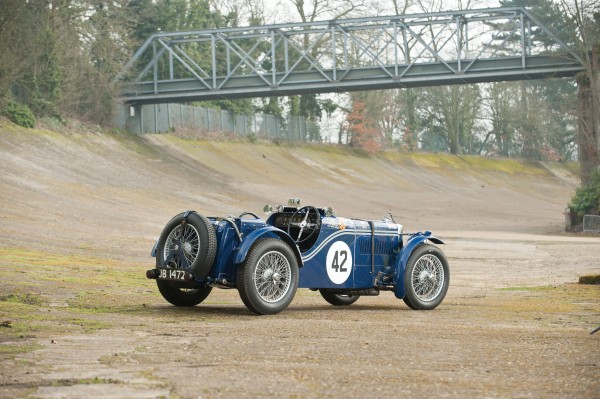 The factory MG team cars were driven by Earl Howe and H.C. Hamilton in K3001, Tim Birkin and Bernard Rubin in K3002, and Count “Johnny” Lurani and George Eyston in K3003. It had been agreed that Birkin’s car would be the “hare” of the 1,100-cubic centimetre group, which started in Brescia. Birkin broke the class record for the first 220 miles, but he was forced to retire with a burnt valve. His pace had been too much for Tufanelli in the leading Maserati, whose gearbox had failed, and the other Maserati was in difficulties. Birkin averaged 87.95 mph for the 130 miles from Brescia to Bologna, and all three cars were running at 110 mph. Impressive for 1,100-cubic centimetre cars in 1933, travelling on winding gravel roads, with wings and lights. 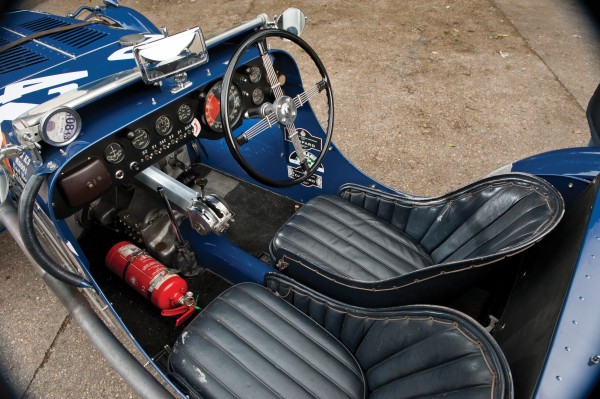 With Birkin out, Eyston and Lurani set the pace, followed by Lord Howe and Hamilton. They passed all the smaller cars that day, finishing 1-2 in class, with 90 seconds between them. The MGs collected the team prize, with average speeds of 56.9 mph and 56.82 mph. They might have been faster, but frequent spark plug changes were required. 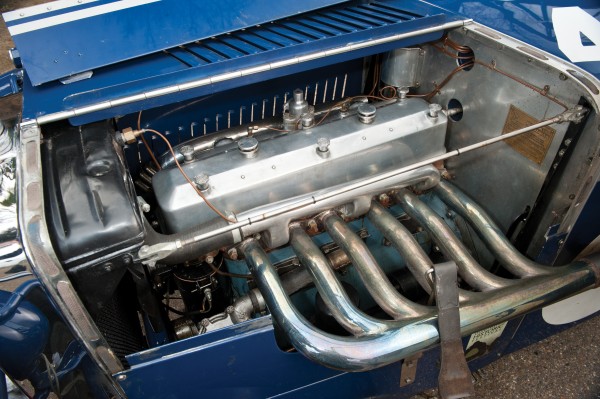 As night fell, Eyston and Lurani’s generator failed, and they were unable to take advantage of Lurani’s knowledge of the roads. The MG was down to one Lucas headlight, about as bright as a candle in a beer bottle. As Lurani noted in his book, Mille Miglia, 1927–1957: The Fabulous Story of the Great Road Race, “Having passed every car before us, we were the first car through the town and villages. We were also ahead of expected time. Thus, we often found the road full of vehicles and people who were not very convinced by our poor headlight that a Mille Miglia car was on its way”. 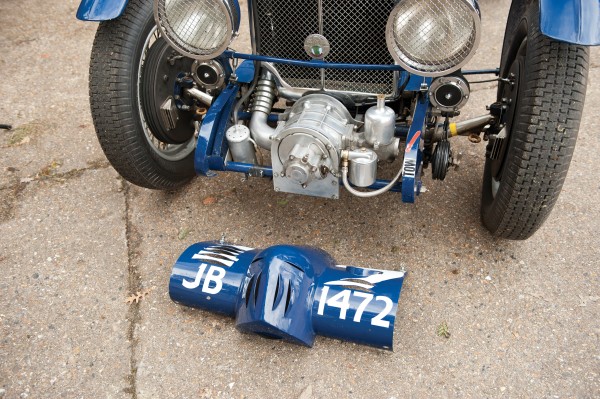 MG K3s went on to have a successful racing career in the 1930s. Whitney Straight won the 1933 Coppa Acerbo Junior, and Tazio Nuvolari was so impressed that he drove a K3 in the 1933 Tourist Trophy, and won it. Eddie Hall won the Brooklands 500 Mile Race (by 28 minutes), and in MG’s best performance ever at Le Mans, Charles Martin and Roy Eccles won their class in 1934, finishing an amazing 4th overall. 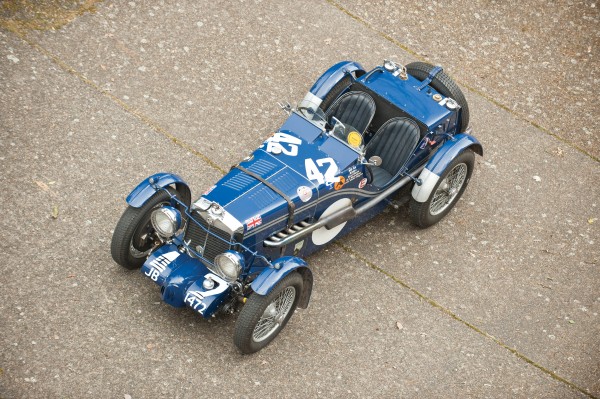 K3001 has a well-documented trail of ownership and competition history. After competing in the Mille Miglia, Howe used the car in the JCC International Trophy at Brooklands, finishing 4th overall, with an average speed of 79.8 mph. K3001 was then driven at the Shelseley Wash Hill Climb by Count Lurani, George Eyston, and Fay Taylor. The car was used once more, driven by Earl Howe at Coppa Montenegro; however, it was crashed in practice and was sent back to the factory for repair. Various contemporary photos and articles covering the cars various exploits are included in the history file. 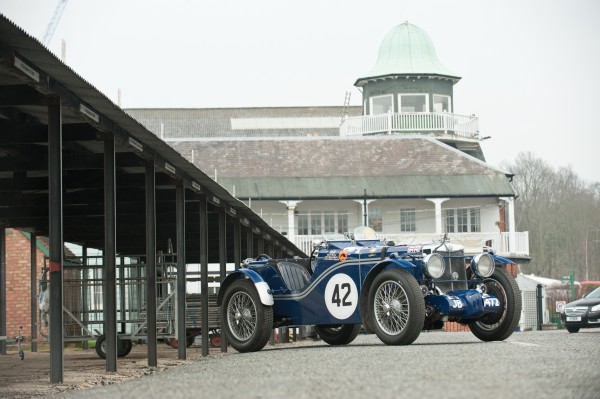 In 1934, K3001 inherited the lightweight body from Nuvolari’s Tourist Trophy winner, and it was hill-climbed extensively throughout Europe by Bobby Kolrausch. From 1935 to 1937, H. Williams was a regular competitor at Donington Park, Shelsley Wash, Mannin Beg, the Limerick Grand Prix, Phoenix Park, as well as Southport Sands. 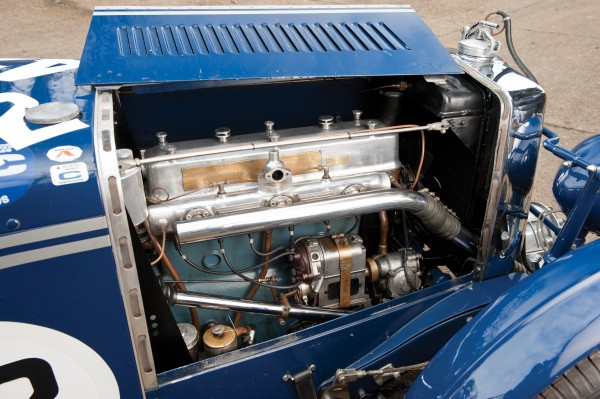 The stewardship of K3001 was then passed to band leader Herman Darewski. During 1938, whilst driving the car, the engine failed, sending a rod through the block. K3001 was then left disused until 1941, when noted motoring enthusiast Michael Crowley-Milling acquired it and commenced the restoration. 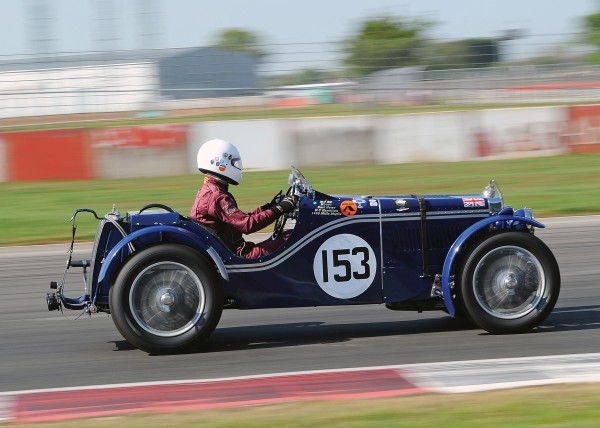 Crowley-Milling is mentioned in the 1942 copy of Autocar as the owner of K3001. In the May 1943 issue of Autocar, he advertised for a “complete engine or parts, radiator shell, and front mudguards”. In June 1944, Roy Jackson, who was H. Williams’ mechanic, wrote a four-page story on K3001 in Motor Sport, detailing the competition seasons of 1935–1937.

Crowley-Milling read the story, and the July issue confirms that he was the owner of K3001. The next mention of K3001 is in 1952, when it was sold to Bentley expert Bill Shortt, in a partially restored state. Shortt was working on Crowley-Milling’s Bentley 4½-Litre at the time, and by late 1952, he advertised the ex-Earl Howe K3 for sale. Copies of the correspondence, articles, and adverts are included with the history file.