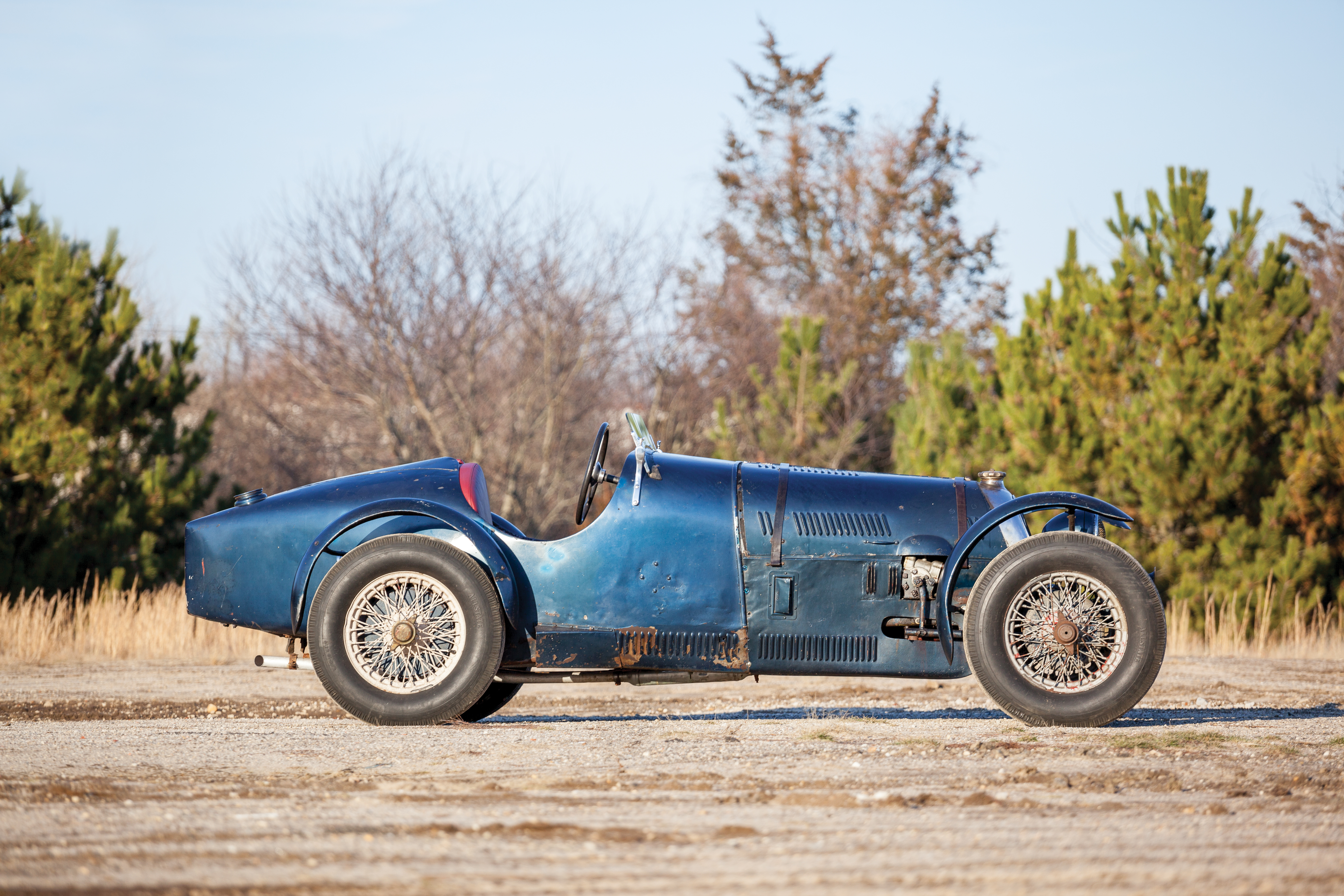 Apart from Bugatti, Amilcar, and Salmson, the best-known small French sports car of the 1920s is surely the Bollack, Netter et Cie., or BNC. 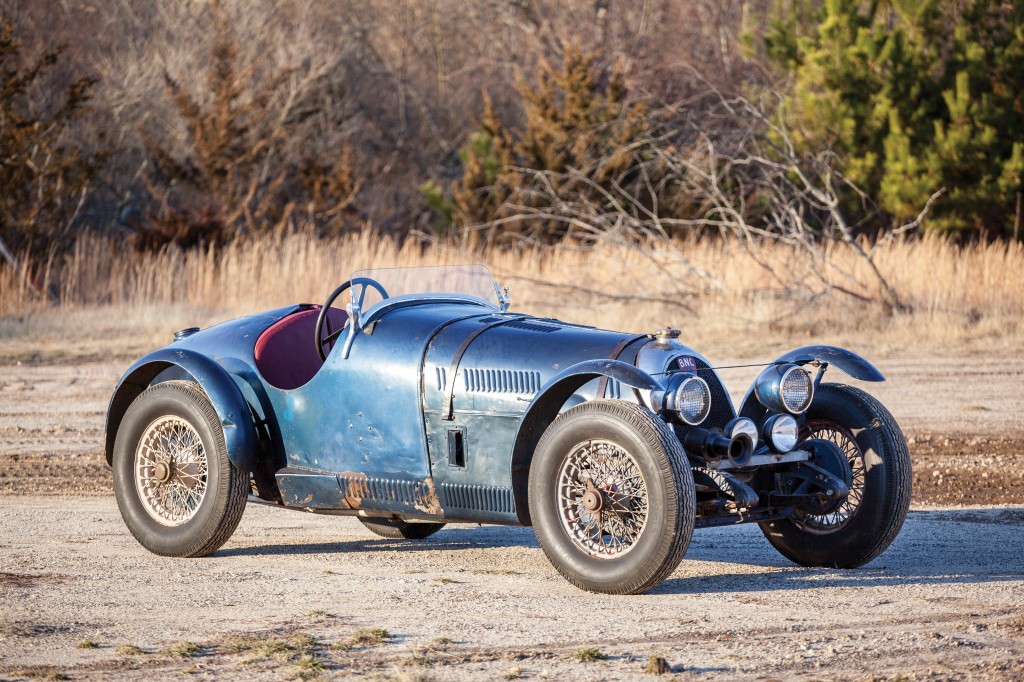 When Jacques Muller sold out his car company to Lucien Bollack and René Netter in 1922, the two men continued production of Muller’s four-cylinder car, adding to the engine choices and now offering touring, sports, and delivery models. Early models boasted proprietary side-valve, four-cylinder engines by SCAP or Ruby. By 1925, however, the company offered what it claimed to be the only supercharged car available in France, as it was powered by a 1,100-cubic centimeter overhead-valve SCAP powerplant. 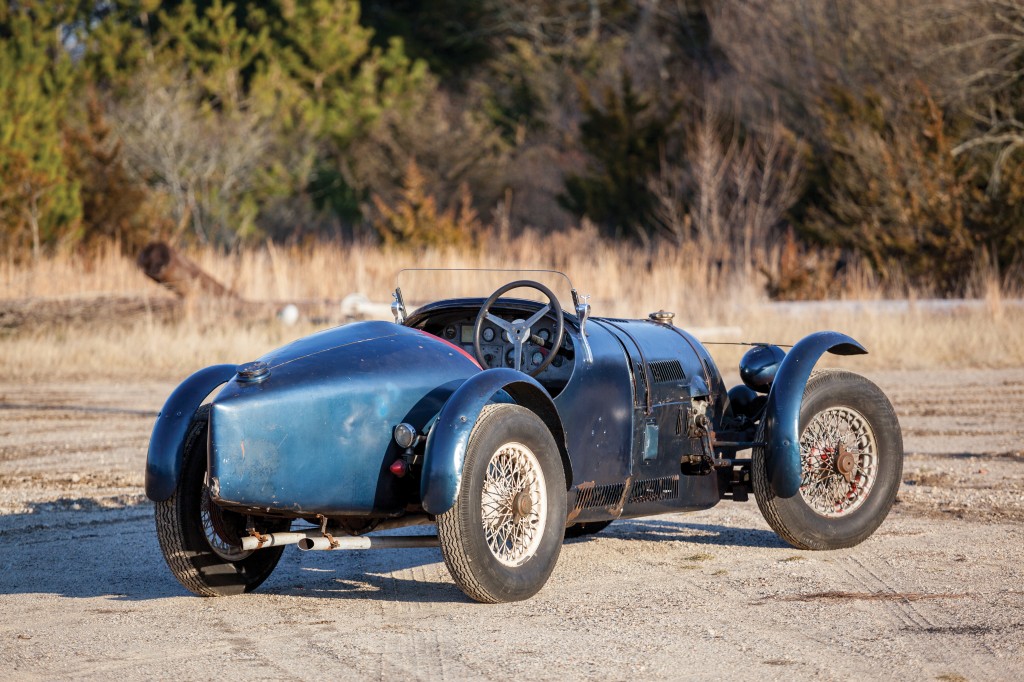 This was followed in 1927 by the Type Course, a racing voiturette that was the first model to sport the characteristic steeply sloping grille that would become the marque’s distinctive feature. The Type Course eventually developed into the Type 527. 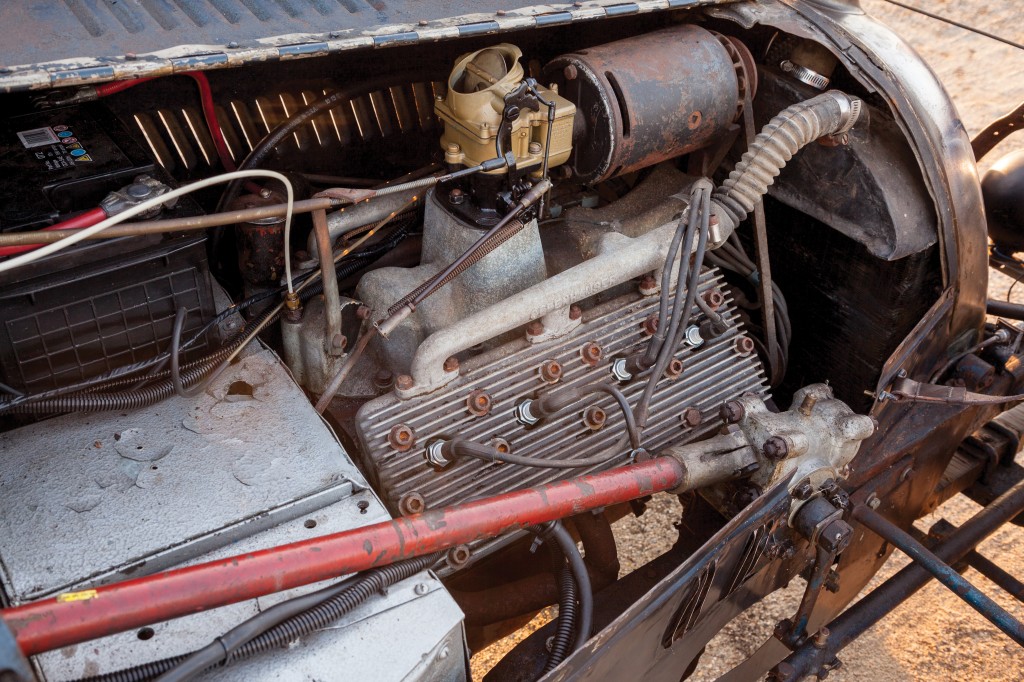 Throughout the late 1920s and early 1930s, BNCs competed successfully at events all across Europe, including taking the top three places in the 1927 Bol d’Or at Fontainbleau and competing at Le Mans from 1928 until 1935. Dore and Treunet finished a superb 7th overall in 1928, and the marque achieved 10th overall in 1933, regularly beating similar voiturette racers from the likes of Bugatti and Amilcar, as well as cars of much larger engine capacity. It is from these successes that BNC became a recognized marque for the Mille Miglia Retrospective. 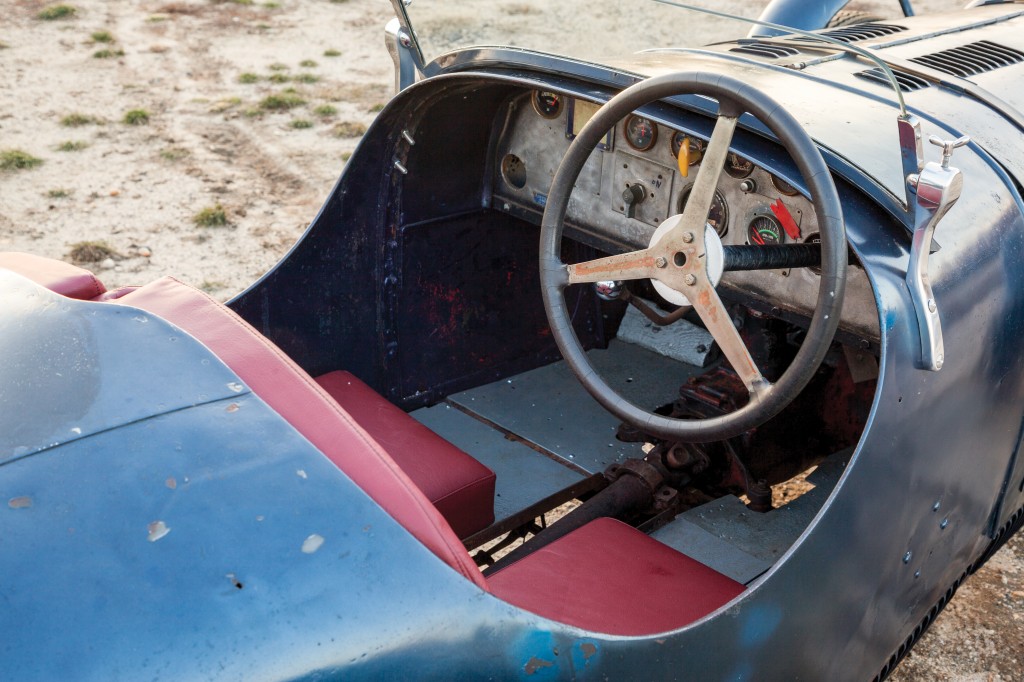 The early history of this car is unknown, but sometime around 1940, it was purchased in the United States from dealer George Taylor by George Caswell, who was a serious motorcycle racer and close friend of colorful sports car enthusiast Otto Linton. As close friends, Caswell and Linton were looking for a car that would allow them entry to SCCA events. Ultimately, Caswell decided on this BNC, while Linton would later purchase an Amilcar in order to qualify for full SCCA membership. 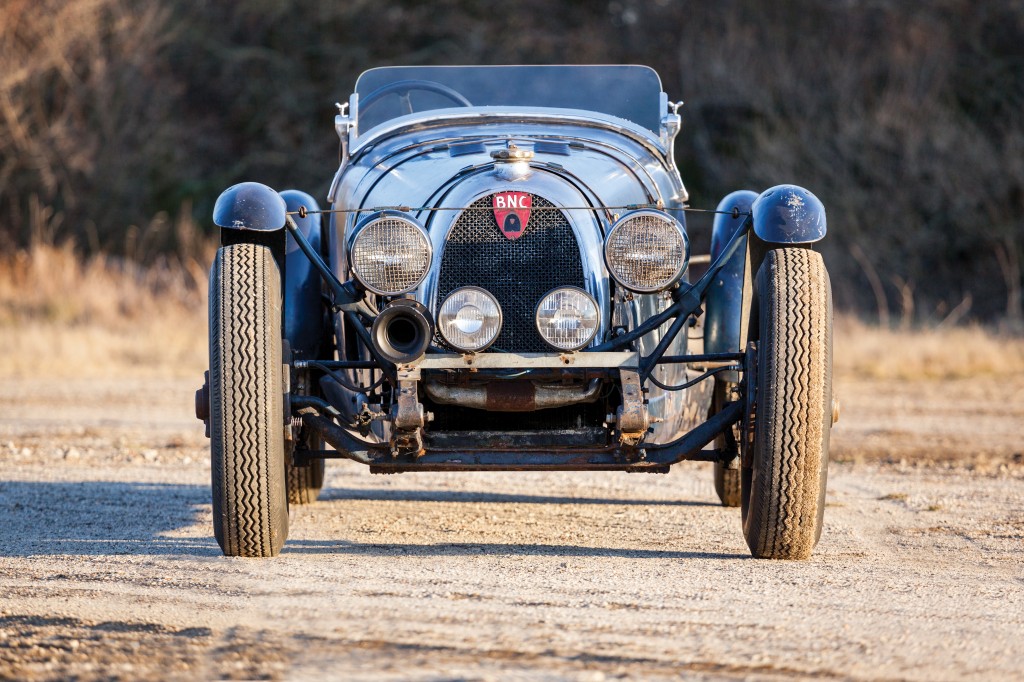 This BNC was originally built with a Ruby engine, but Caswell decided more power was required, so he installed a larger-displacement Ford V-8 engine. The V-8/60, so-named for its horsepower rating, had first been introduced in Europe, where its small bore and lesser displacement benefitted small cars and offered tax advantages. The engine was available in full-size American Fords from 1937, and midget racers soon discovered its potential. It quickly became a favorite in competition, with Phil Hill and Richie Ginther driving a V-8/60-powered MG TC and John Fitch using one in his Fitch Model B, which was colloquially known as the “Fitch Bitch.” 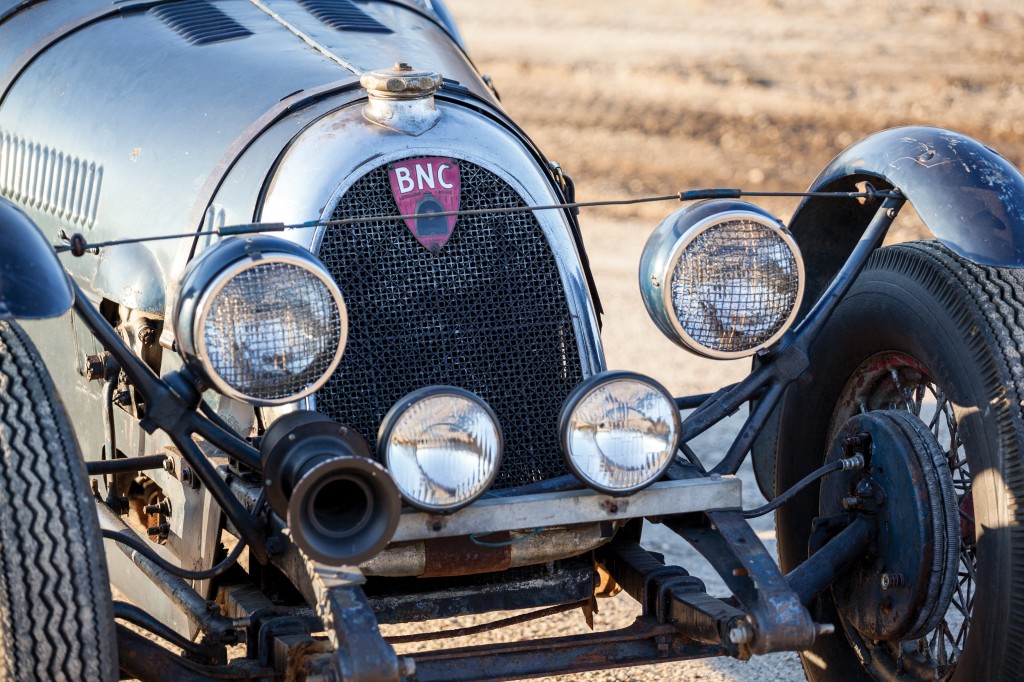 Between 1944 and 1946, Caswell and Linton took a number of trips together in the BNC to SCCA events and gatherings. The BNC competed in hill climbs and other East Coast competition events, but teething problems began to emerge. The V-8 needed more cooling, and the BNC’s rear axle was not up to its power. As a result, a large radiator and a Bugatti axle were installed. Linton then drove the car at Connecticut’s Thompson Speedway, while Caswell used it in a hill climb at Fairfield, both taking place in 1947. 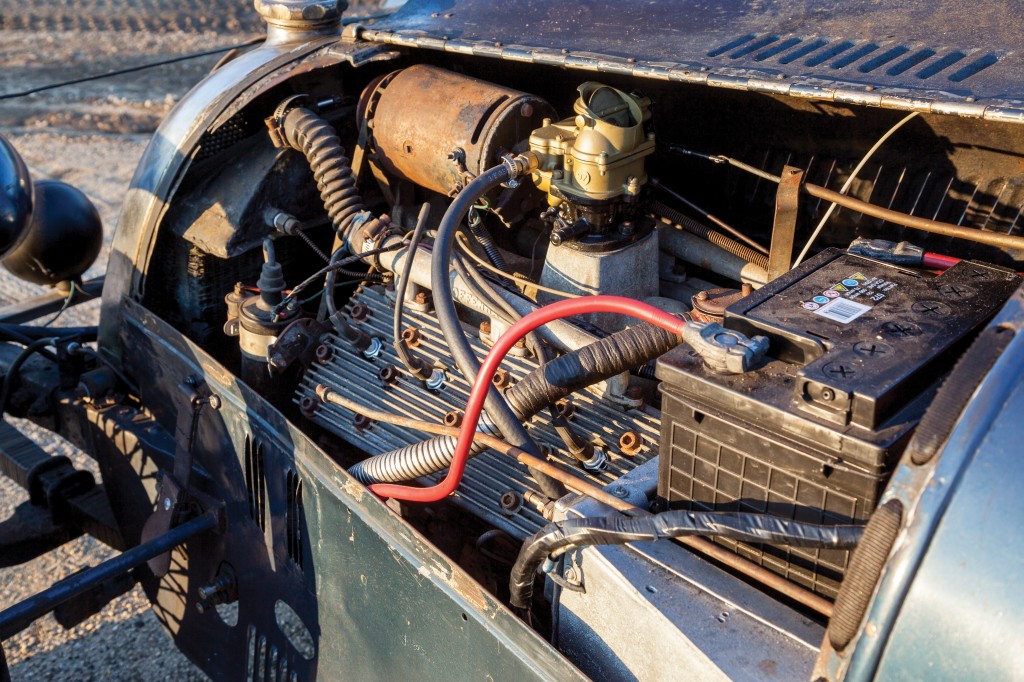 In 1948, the BNC achieved its greatest success when it appeared at Watkins Glen and took part in the inaugural Grand Prix. It ran in anger against such venerable competition as George Weaver’s GP Maserati, Frank Griswold’s Alfa Romeo 8C 2900, the Collier brothers’ venerable supercharged MG TC, and the legendary BuMerc, of Briggs Cunningham. Its creditable finish of 8th overall and 4th in class represent the crowning achievements for the unique BNC, as it fought against some of motorsports’ greatest legends. 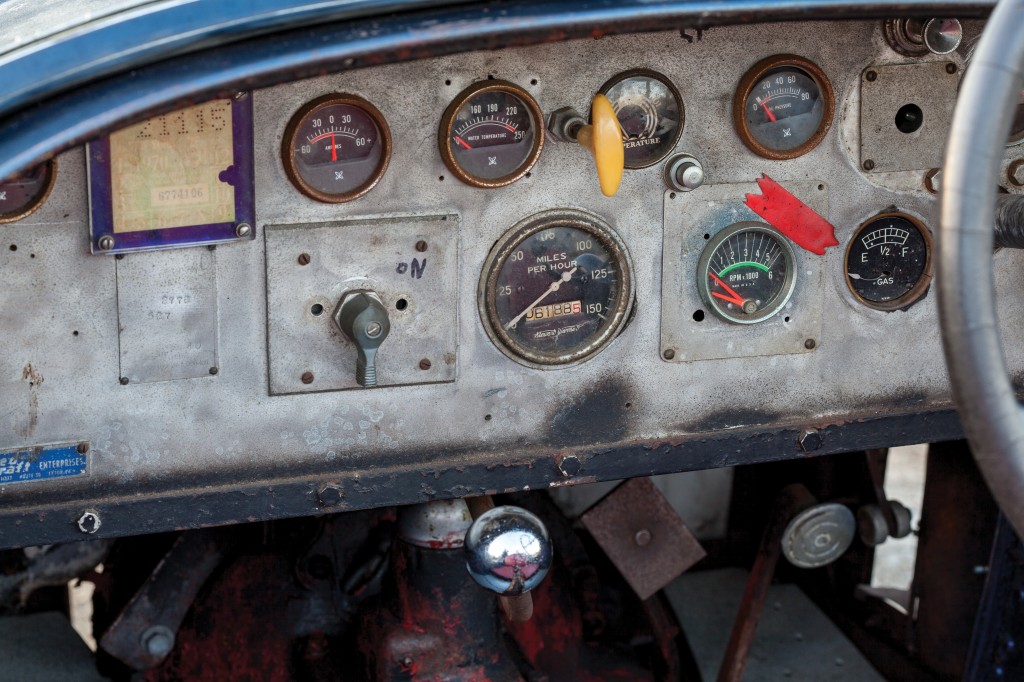 By 1949, the car’s original sloping radiator had been re-installed, and Caswell continued to race the BNC at such places as the Langhorne Speedway and Giant’s Despair, both in Pennsylvania, before selling it around 1951. 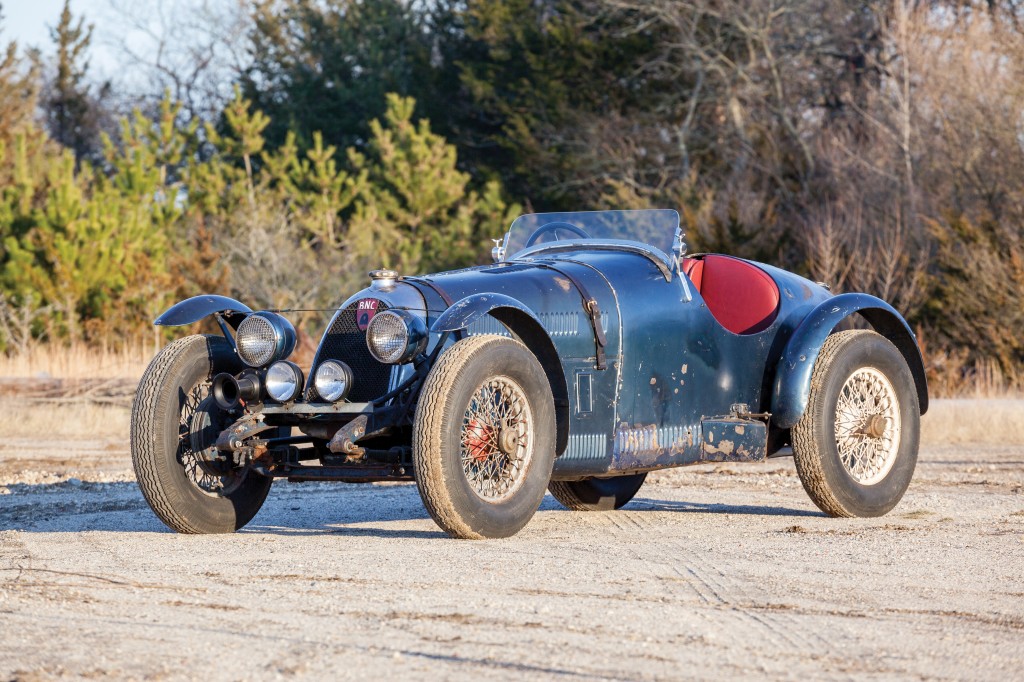 Subsequent owners of this BNC included Eric “Sonny” Grainger, a founder of the Bridgehampton circuit and later an announcer at the Islip, New York, track, and Ray Heppenstall, known for the Howmet gas turbine Le Mans car, who is believed to have replaced the BNC’s original cable-operated brakes with hydraulics. The car was then owned until 1960 by Chuck Molin, who sold it to John Gianella.

Original correspondence on file shows that Gianella reached out to countless people, publications, automobile clubs, and libraries in search of additional information on his mysterious BNC. However, return correspondence suggests that, even in the 1960s, little was known in the U.S. of the rare French marque. Regardless, Gianella raced it for a few years, including at Bridgehampton in 1960. After a decade of regular use and enjoyment, the voiturette was finally tucked away in his garage, where it slept for four decades.

George Lymber, a VSCCA member and friend of Gianella, discovered it while helping Gianella move to a new house. In 2008, Lymber purchased the car and carefully cleaned it up to show at the 2010 Watkins Glen historic meeting. Lymber passed away before he was able to get the car running, but a modest effort subsequently fired it up.

This car, often known as the “Caswell BNC,” is a real piece of vintage northeastern motorsports history, as it has lived in its current form, around Philadelphia and Long Island, since 1940.