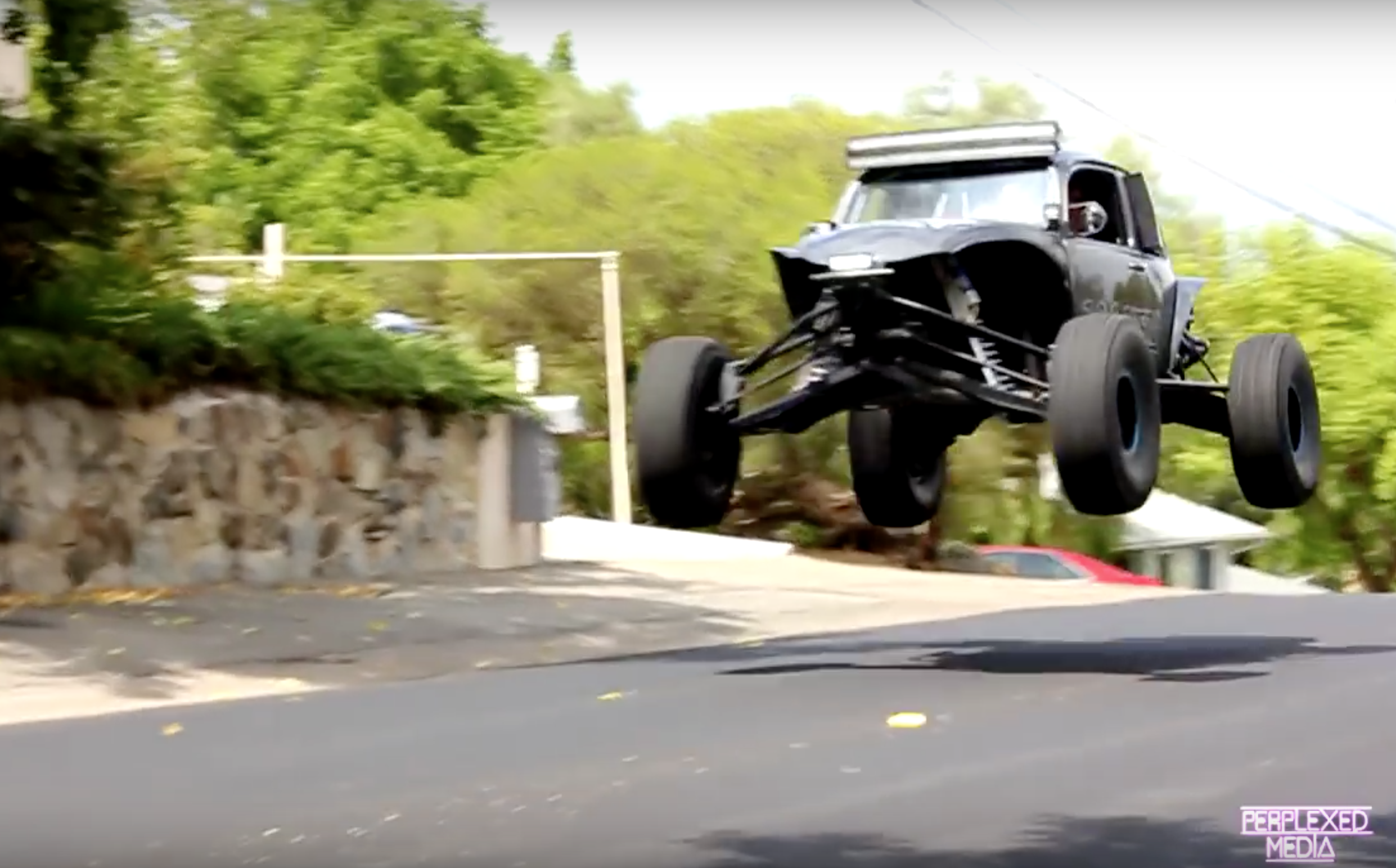 This VW Bug Terrorizing San Diego streets is so insane its almost hard to believe. If you’re wondering, its crazy illegal too. There is a bizarre possibility that they closed a few roads to shoot the video but if they went through all that effort and planning, why was there an old GoPro mounted to the hood in the shot below? 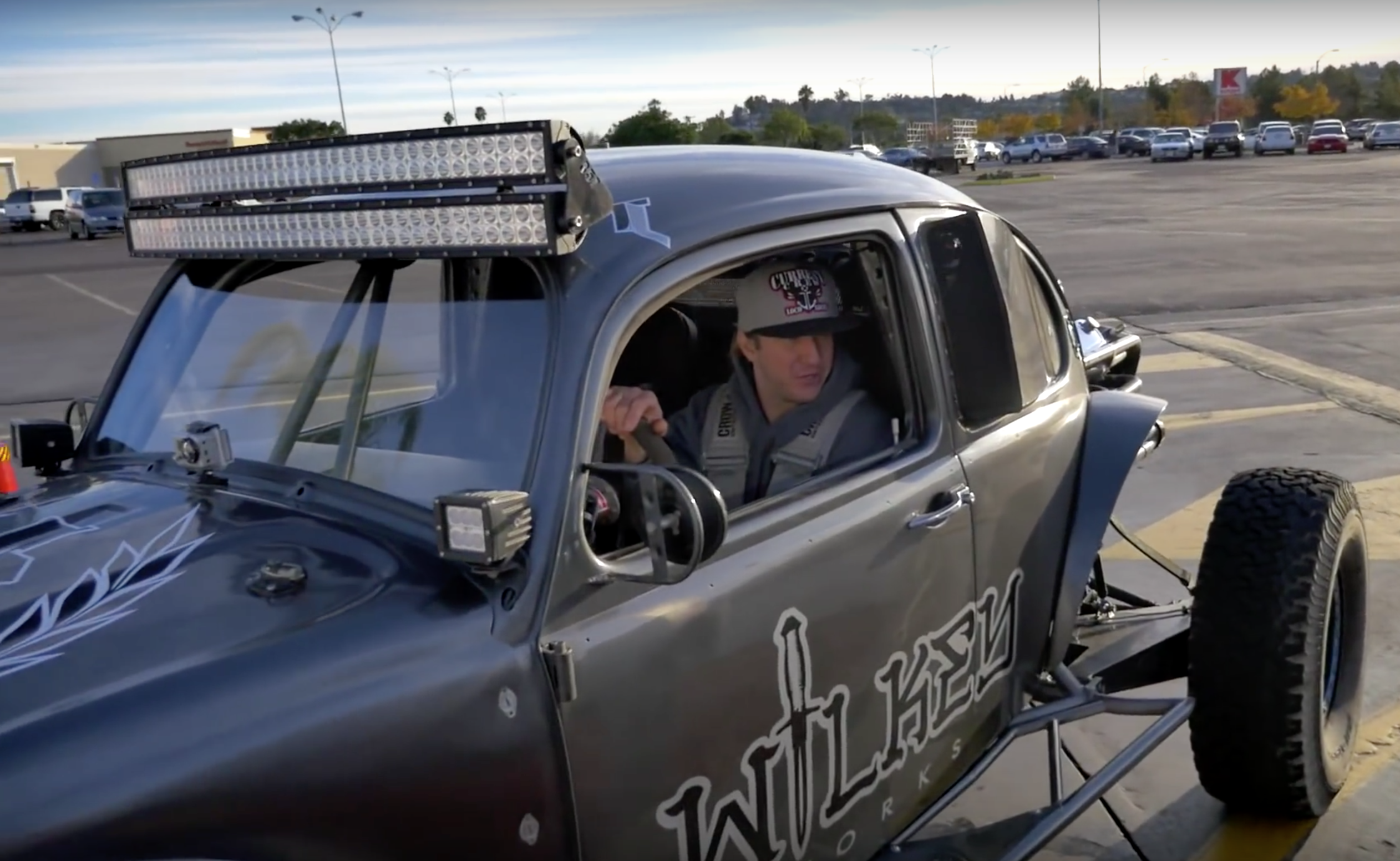 So most likely this was illegal. Apparently the guy in the video in Blake Wilkey and he definitely is breaking some laws jumping the car on public streets. At times it looks like a controlled video stunt but he definitely looses control and spins out while entering the freeway. Odds are that Mr. Wilkey is going to not be able to drive legally for some time. The bigger surprise is why would his sponsors sign up for an illegal video shoot? 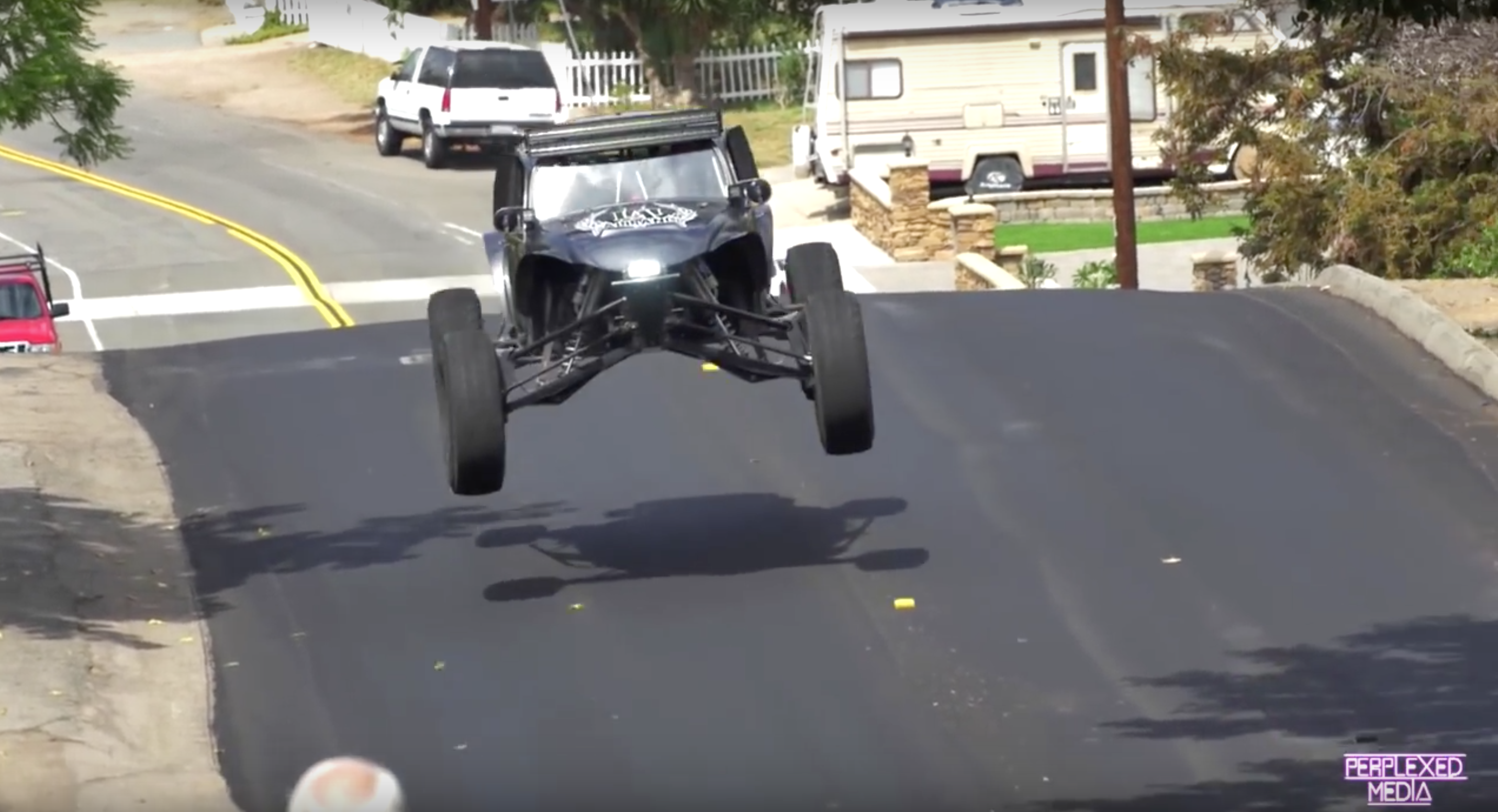 Most likely he’ll get charged with reckless driving and maybe trespassing. Check the video. Think he’ll loose his license?