Build Race Party’s Ron Erickson has been involved in rally since 2007 when he purchased a 1986 Honda Civic with a goal of turning it into a rally car. Since that time, Ron has competed as a co-driver in numerous Rally America events in addition to WRC Mexico and the historic Pikes Peak Hill Climb with Mr. Build Race Party, Bill Caswell. Ron has taken the time while working on this current build to document everything, here is Phase 2.5 of his story:

***PHASE 2.5 – FUEL CELL INSTALL***One of the biggest headaches of the Syncro swap process was figuring out how to wedge a fuel tank in the car. I decided to fab up a robust frame in the back of the car and to run a FIA-certified Fuel Safe. I spent a lot of time and solicited a bunch of opinions on this setup and almost ended up spending more time/money on the tank than I did the Syncro drivetrain. I want to make sure that my co-driver and I are safe in the event of a rear end collision (I spin the car and centerpunch a tree backwards.)Some help from a friend! 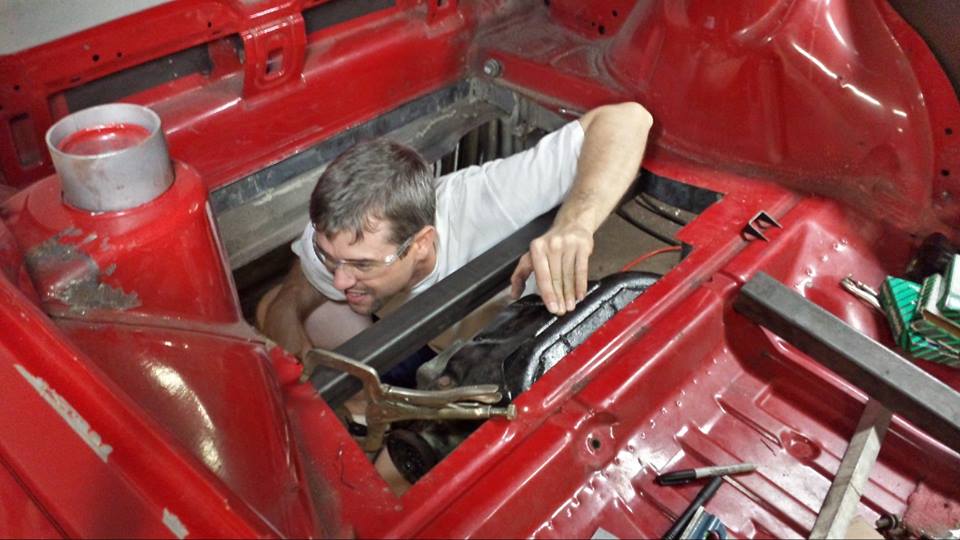 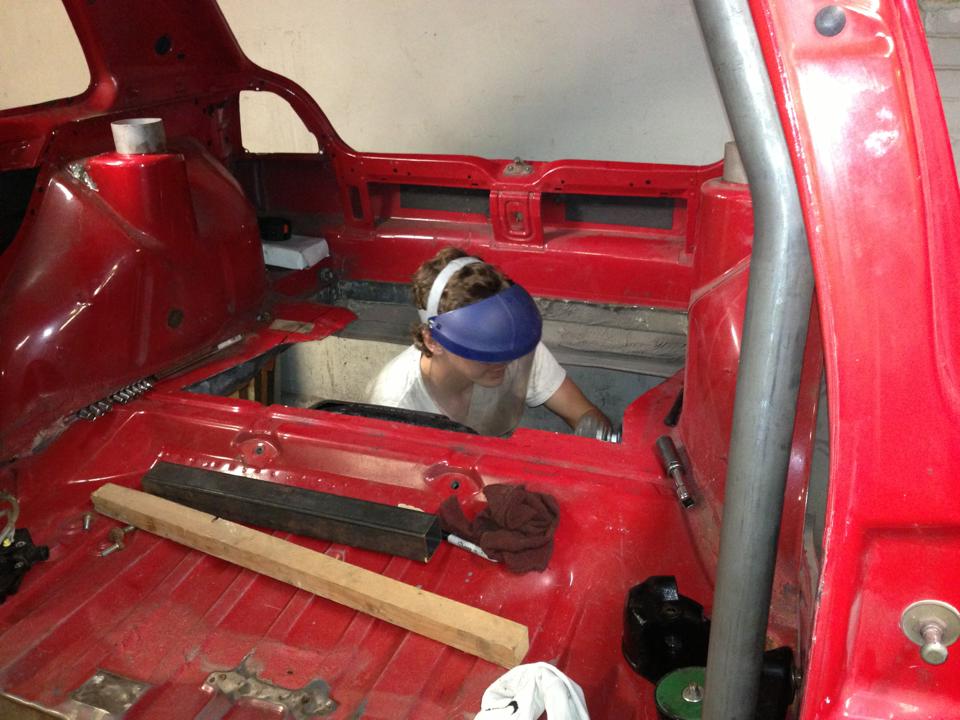 Going to run without a lower valence in the rear now, pretty excited about that! 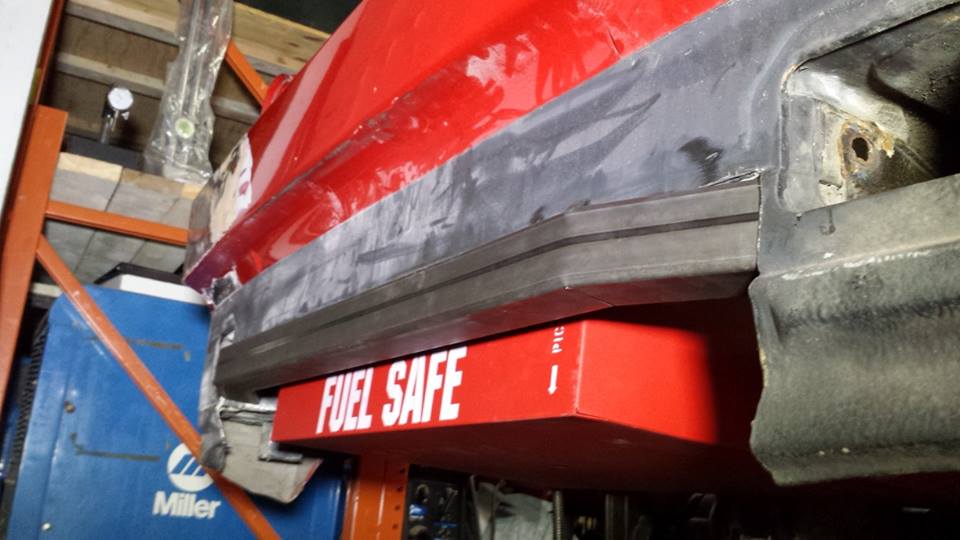 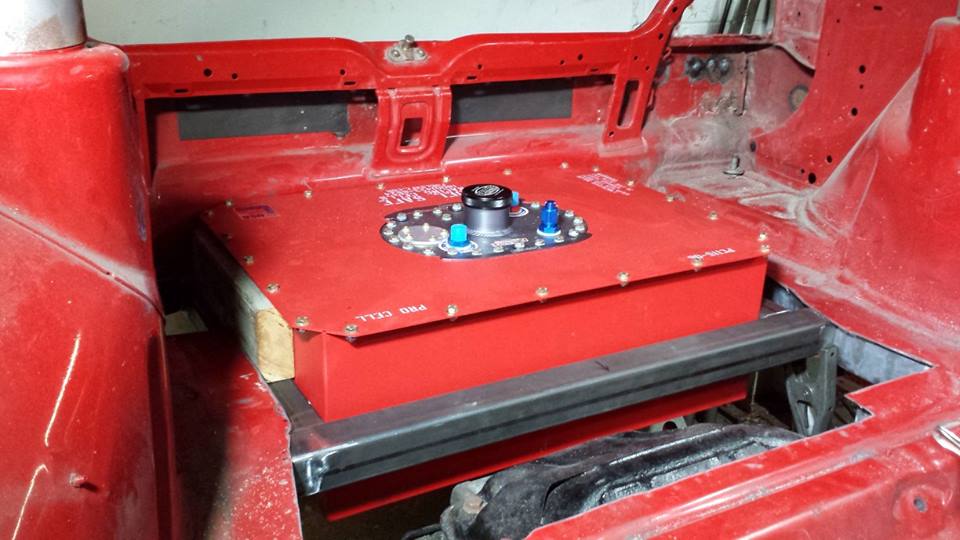 Had to weld tabs on the box, among other things. 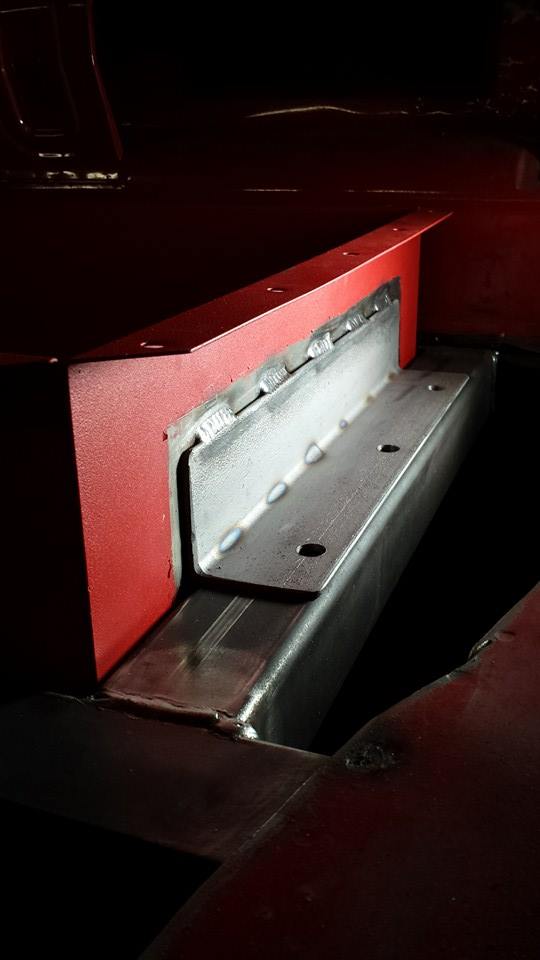 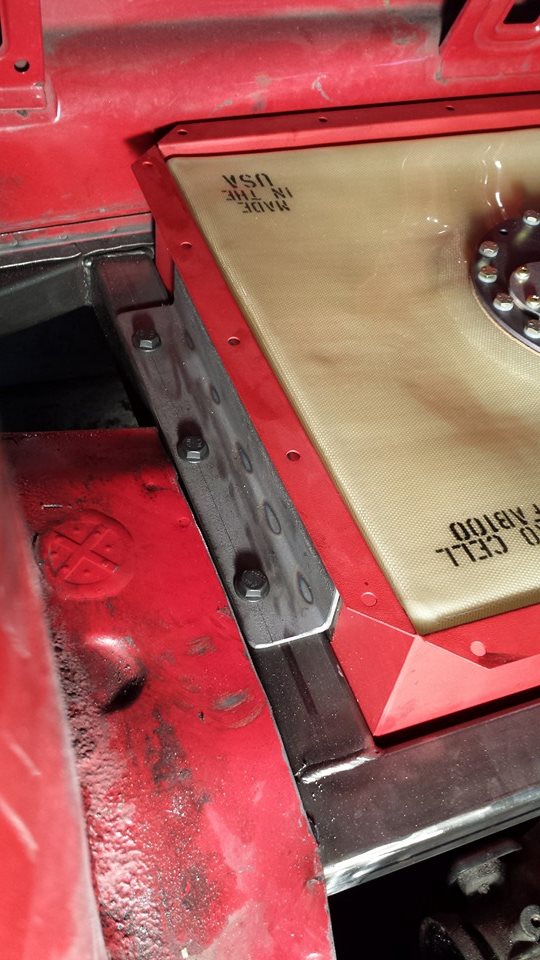 I still have to fab up a new mount to hold the tail of the rear end in place, but other than that, the cell fits snugly in the frame. Solid as a rock! My friend Lee joined in and helped cut, fit, and cleco in some panels around my fuel cell subframe. 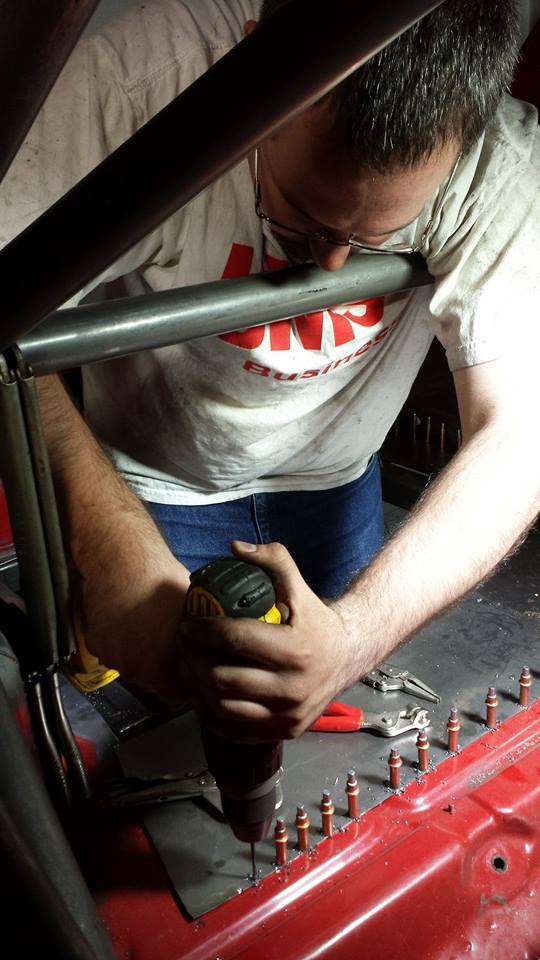 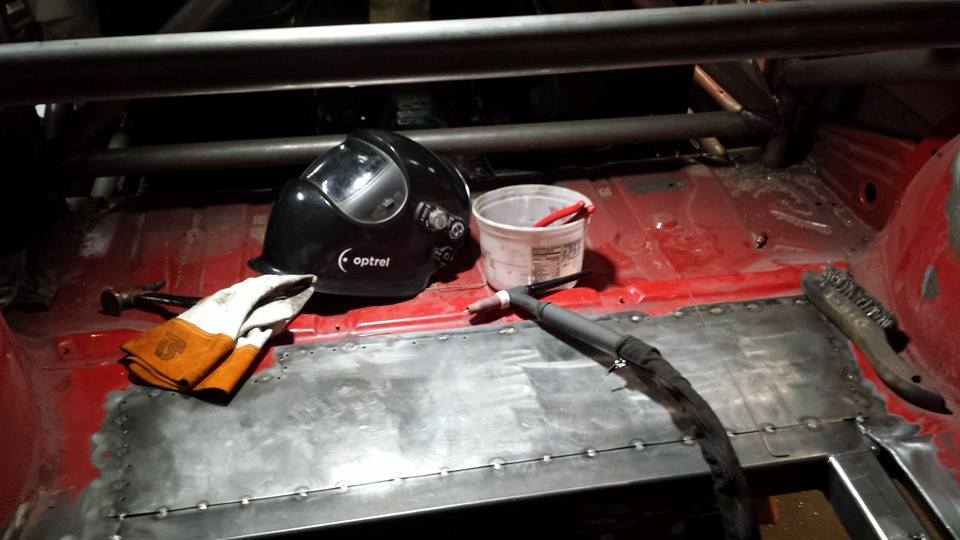 Finally finished up the rear pans! 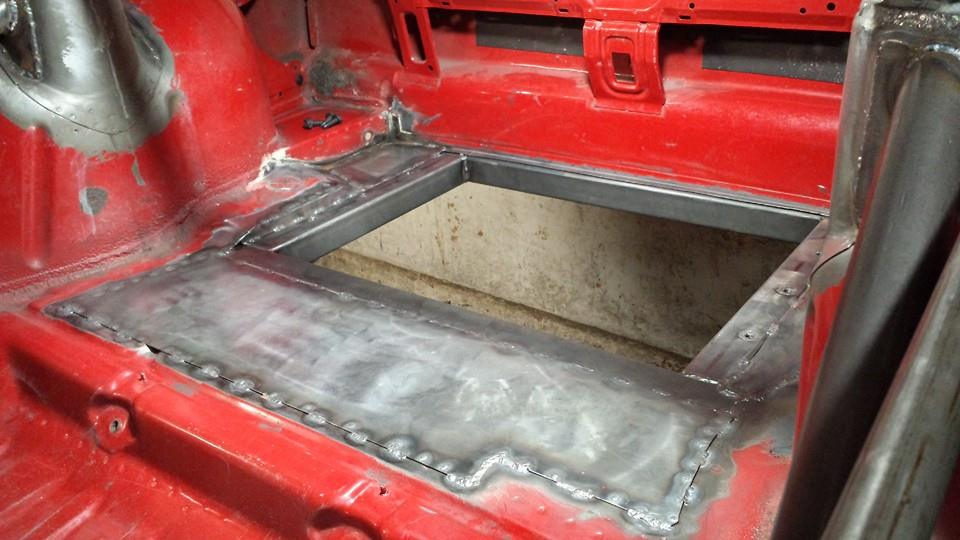 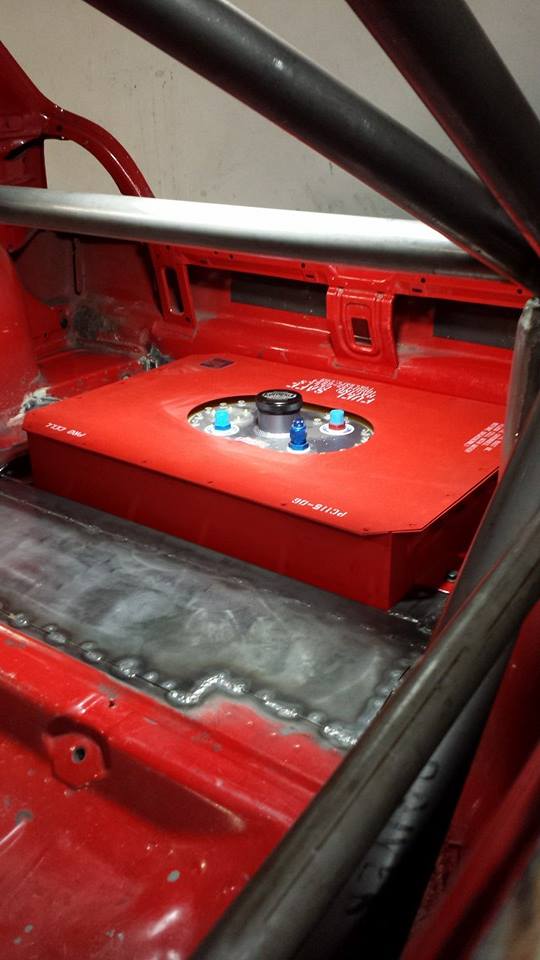 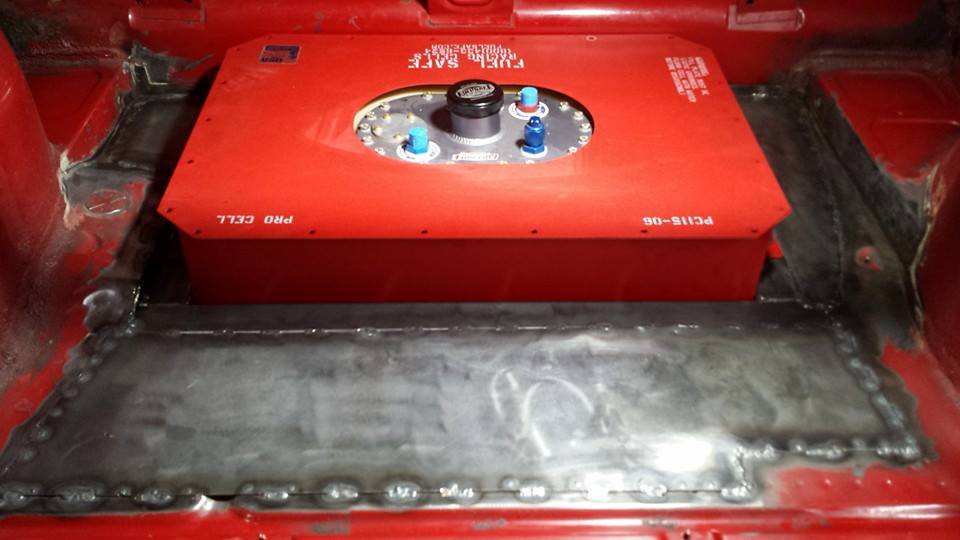