This is pretty unbelievable. Not the year long suspension given to Tommy Drissi for his conduct at the Mid Ohio Trans Am race on August 15th, but the series of incidents that led up to the suspension. Drissi is not a regular competitor or in the championship hunt but he is very fast and put his car on pole for the race. Prior to the race Drissi made this statement which foreshadowed his actions when the green flag dropped:

“I’m not running for the championship and obviously don’t want to get involved in their championship and mess up their thing but if they don’t respect me … If you do me wrong, you better do it right because I’ll come back.”

So the race begins(video at the bottom) and Drissi ends up battling with Amy Ruman on a yellow flag restart. Drissi was in the lead and Ruman makes a move down the inside and contacts Drissi as he tightens his line through the corner. They collide a few times and Drissi ends up loosing a few positions.(12:30 in the video)

He fights back and attempts to pass Paul Fix to move into third. It’s a pretty dirty pass by Drissi as he really had no room(14:15 in the video)

A yellow flag comes out and while under yellow, Drissi pulls up to race leader Amy Ruman and lays some Ricky Bobby on her. (16:17 in the video). 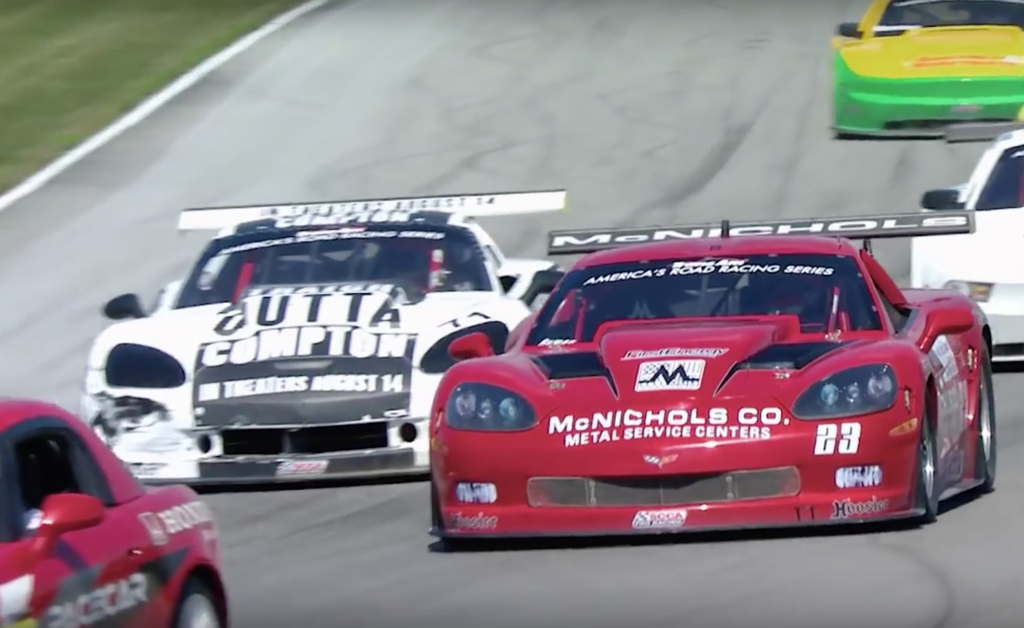 Drissi naturally gets a penalty for a stop and go, but when he comes back on track he’s right there with the leaders. I bet you can guess what comes next! He passes Ruman and seems to check up a bit. 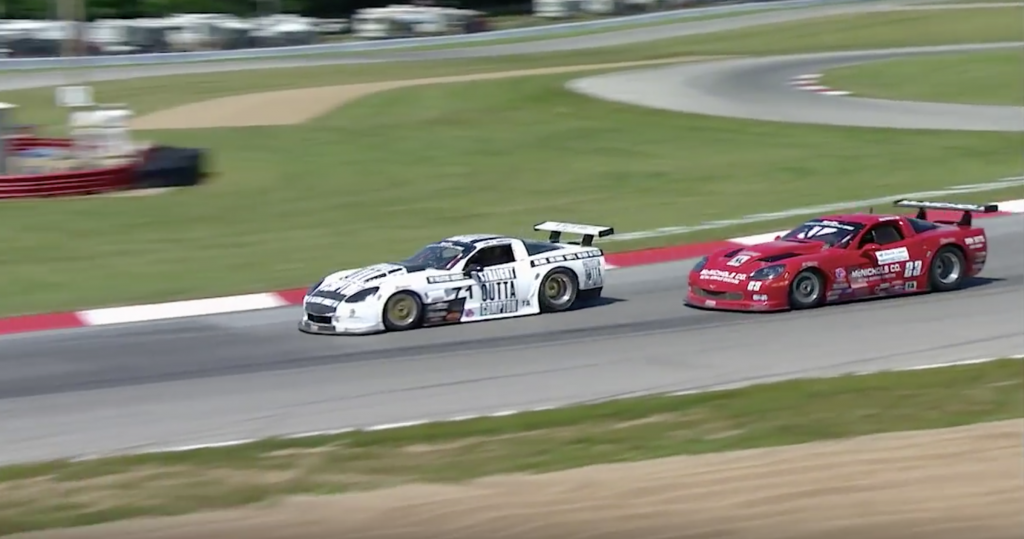 She can’t get by and the field starts to bunch up Amy and she goes nuts. “This is unbelievable right now. Just so you know, this is unbelievable… I’ve got everyone breathing down my neck. He’s messing with the race!” (23:40 in the video)

On the next lap Ruman gets a run on Drissi in to the Keyhole and goes down the inside. 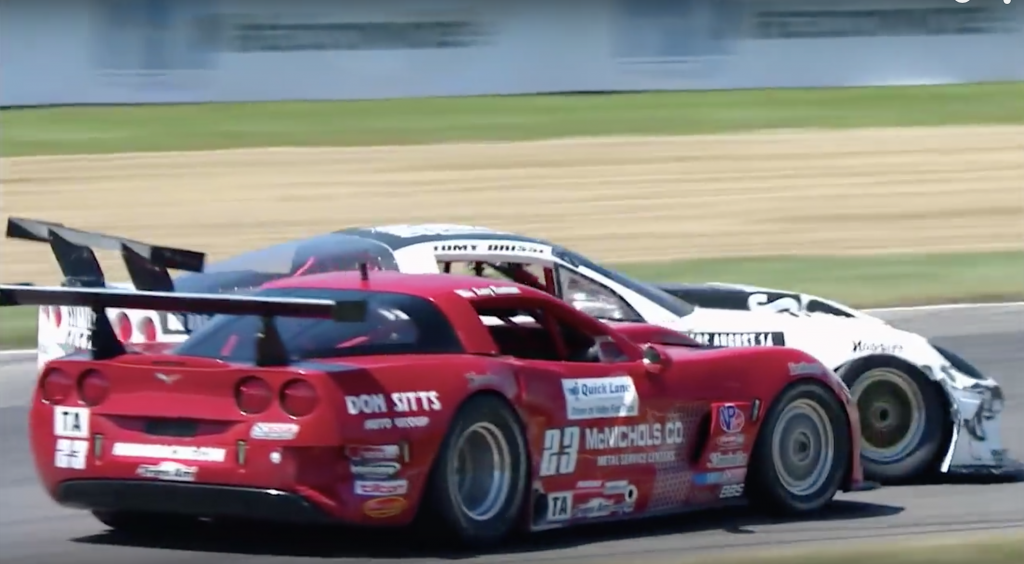 Drissi closes the door and runs the two of them off the track to the inside taking her out of contention for the win. (25:10 in the video) 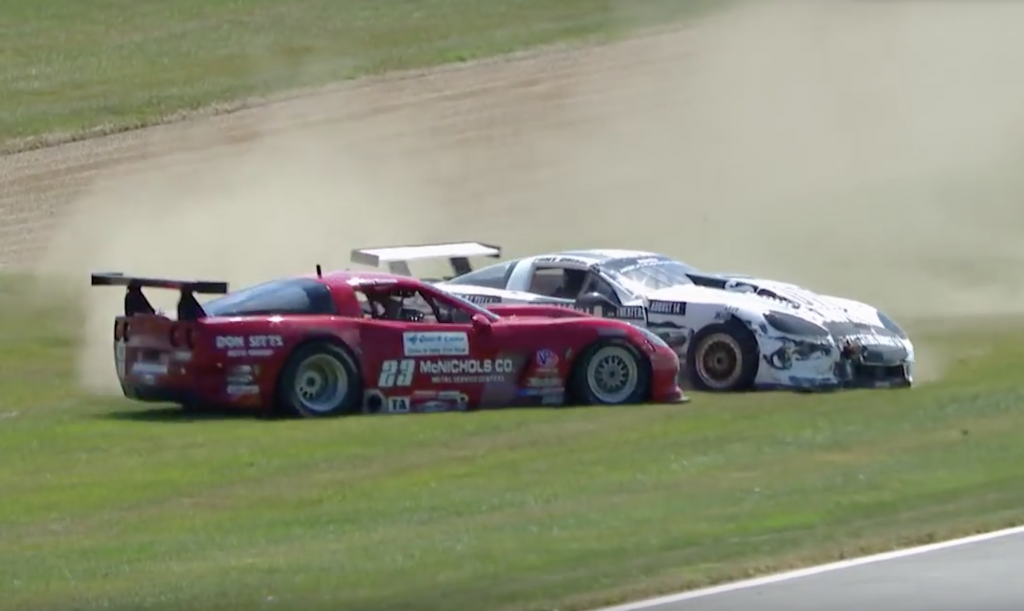 Drissi has this to say about the incident, “It’s like a self-fulfilling prophecy. I said earlier in the show that if someone does me wrong, they’re not going to finish the race.” And that’s exactly what happened. Drissi didn’t finish, his teammate in the Cadillac bodied car was collected as well and didn’t finish. More importantly Amy Ruman was put back to 13th spot when she was winning the championship.

Drissi’s dug his hole a little deeper with the following statement:

“I wanted to make her life a little bit easier and she hit me again. She could have had her own race, I was not going to – I’ll retaliate in a different way but she hit me again. She was frustrated. If I did anything wrong, I apologize. But I held the lead; I was much faster than everybody when we started the race.

Fair restart, the #23 (Ruman) lagged back – not supposed to do that, still beat her to the keyhole, and then she hits me twice, runs me off the road. What am I supposed to do?” 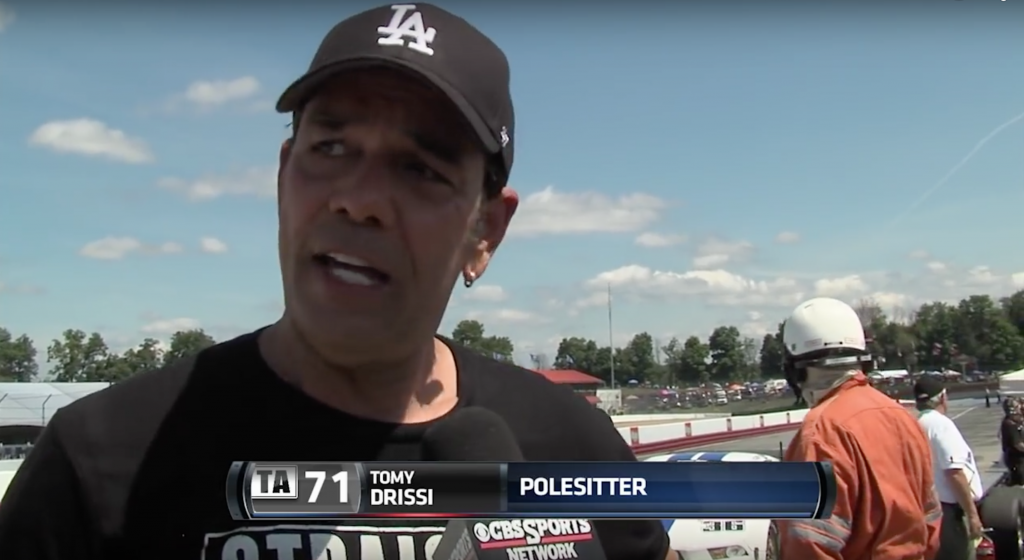 The Trans Am series was clearly upset and gave Drissi the maximum penalty:

“As a result of Mr. Drissi’s actions at Mid-Ohio which spanned multiple incidents,” stated James Foyle, Trans Am Series Chief Steward, “the Trans Am Series ruled to disqualify Mr. Drissi from the race, strip him of his finish and any points earned, and issue the maximum suspension allowed by our rules— one calendar year.”

“Mr. Drissi requested an appeal of the ruling by SCCA Pro, the Trans Am Series’ sanctioning body. After reviewing the evidence, SCCA Pro ruled the appeal to not be well founded. “The one-year suspension will begin as of the date SCCA Pro ruled not to hear Mr. Drissi’s appeal.” 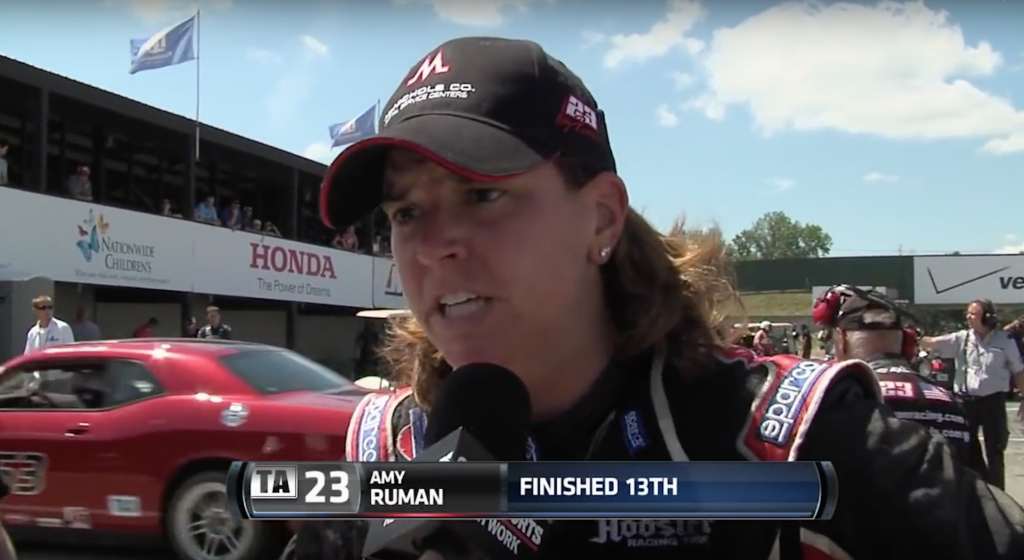 Apparently this isn’t the first time Drissi has hit Ruman. She had this to say about the incident:

“My perspective is Tomy Drissi is the most unprofessional, unsportsmanlike, unimaginable worst driver in what he calls a professional sport. What he did was unacceptable today. He trashed my car, he blocked us. We were winning the championship. This is the third year in a row he’s hit me – he has a vendetta against me. He’s unprofessional and it’s unacceptable what happened here today.”

16:17 Drissi under yellow pulls up on Ruman

23:40 The real madness begins as Drissi passes Ruman and holds her up

25:10 Ruman goes to pass Drissi and they collide