There is a guy in the UK building a 1993 Toyota Starlet GT Turbo to take part in clubman level motorsport and his build story is pretty cool.

After my success during the few days I had off work of prepping the car, Friday was a slow day and I was chomping at the bit to get on the road down to Rockingham. Towing always gets my nerves jangling, I guess that’s natural, it’s not something I’m fully comfortable with, seems to get easier with each outing though. I borrowed a van from my sponsors 😆 this time, with exception of the size, it made things a lot easier. So much so that I had to keep checking that the car and trailer were both still attached! 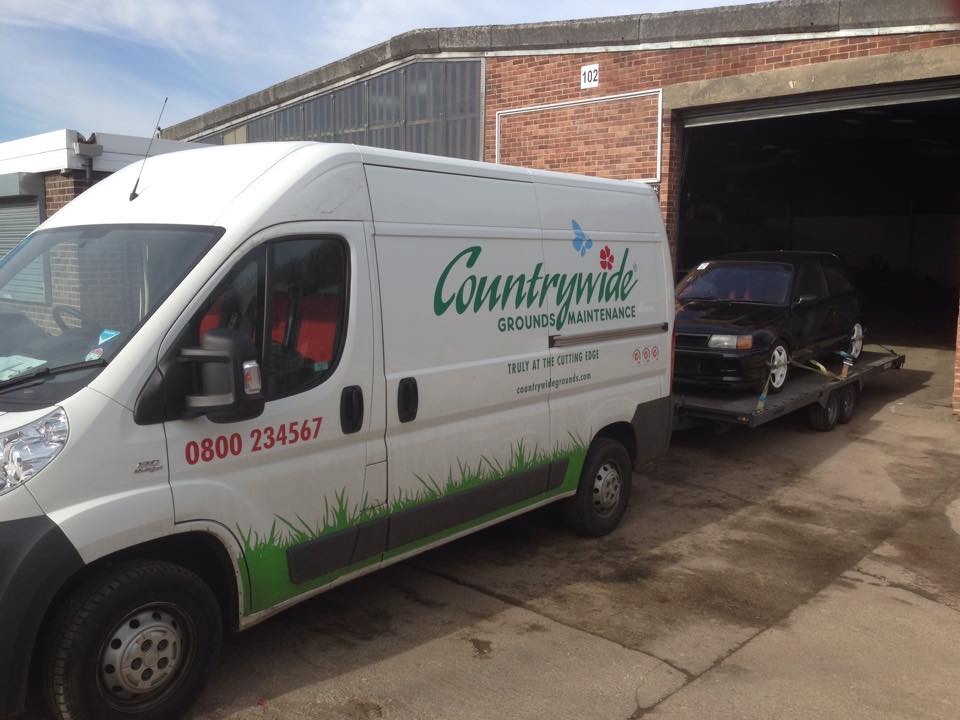 I met up with the Pinders on the way and Matty jumped in with me for the rest of the journey which was nice, until we got to the circuit and my reversing skills, or lack thereof were ridiculed!

Not a lot to report really from the day, car ran faultlessly really. The sump remains a complete ****er, and is still leaking ever so slightly. That might just get monitored, because I really do not want to have to remove it again, we’ll see. 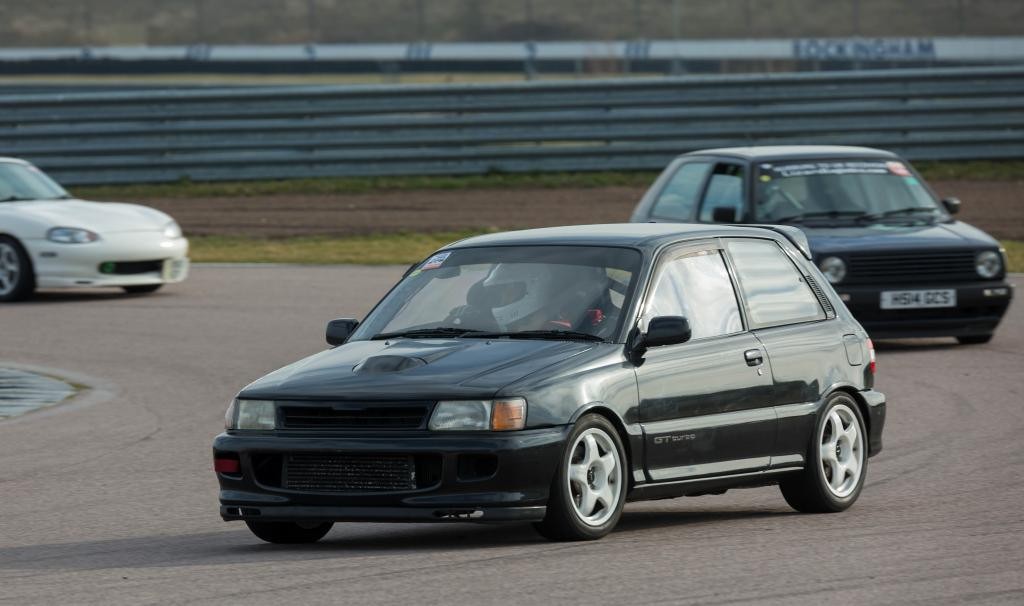 The windows stayed where they were supposed to, and given the windy conditions I think that’s a job well done. After using the DS1.11’s for the first time late last year on a wet Cadwell Park, they were still a little of an unknown. Happy to report that they were mega at Rockingham, much, much better than the EBC Yellows that they replaced. No fade what so ever, the pedal felt strong every time, it’s amazing what a difference positive brake pedal feedback makes.

Took a few onboard videos, unfortunately the camera ran out of juice on my last session where I set my quickest time, ah well. I had Nige take a look at the data, hopefully he’ll be able to better explain his findings, tells me I need a splitter, oh and some bigger balls. (Daren’t keep my toe in around the banking).

It’s interesting to see how quickly the car changes direction, from Ian’s video it looks like I’m being very heavy handed with the car. But I consider myself pretty smooth, hopefully the onboard confirms that.

Brilliant day though, much better than Cadwell, think I’m more of a fair weather track dayer 😆

As for the car, unless the post trackday inspection reveals anything of note, there’s not a lot to change before it’s next outing. I need to get some air into the cabin, as soon as the sun came out it got hot pretty quickly, and as much as it pains me to do so perhaps look at the oil leak. I’m going to look at replacing the rear quarters with some plastic, and I’ll need some new tyres as well.

Sorry for just the initial part of the build, but if you like the beginning, its worth reading the whole story on his blog. Especially when it includes photos of beers with the builds… 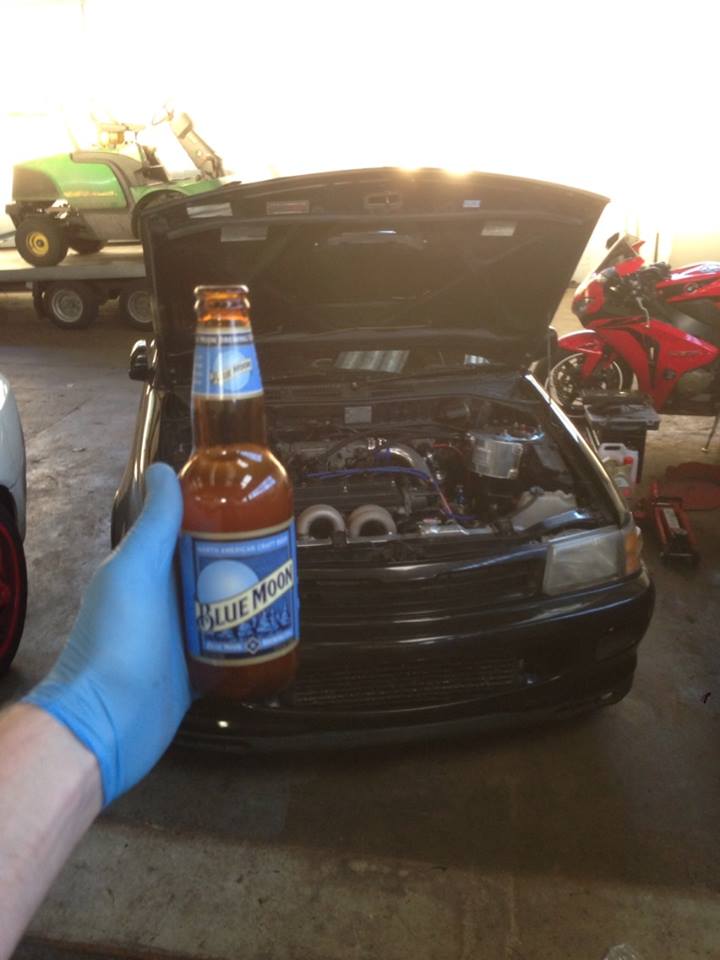