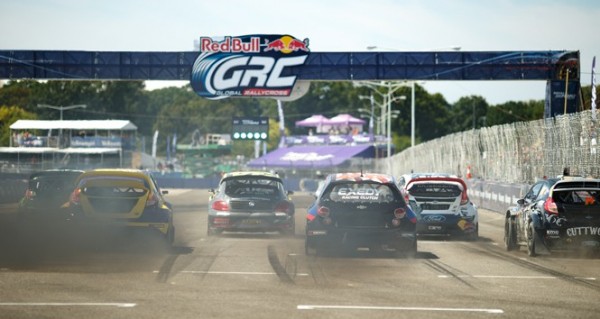 HEAT RECAPS: Jeff Ward and Nelson Piquet Jr. won Friday’s first round heats, while Piquet (with an incredible last-lap pass) and Joni Wiman won the second-round heats. Piquet earned a victory in his semifinal to grab the inside starting spot for the main event, while Patrik Sandell won the other semifinal to start alongside him. Scott Speed, who posted the fastest time in Friday’s qualifying, won the last chance qualifier to make the Main Event.

MAIN EVENT RECAP: Ten cars charged into the first corner at RFK Stadium, with Piquet jumping out in front and establishing himself as the leader. The first half of the eight-lap final was dominated by a three-way battle for third, with Ken Block, Tanner Foust, and Steve Arpin all jostling for the final podium position.

After chasing down Piquet for the entire event, Sandell made contact from behind, pushing in Piquet’s left rear fender. Undeterred, Piquet held on to the top spot for the final lap to take his first victory in a Supercar main event after 21 starts. 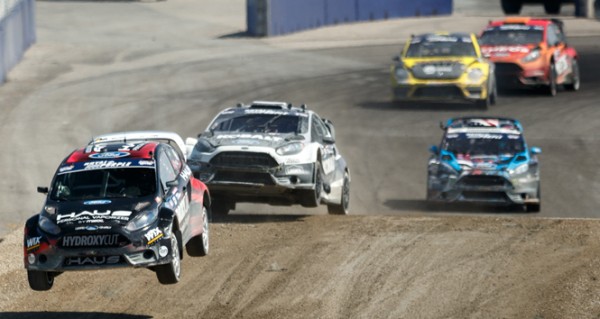 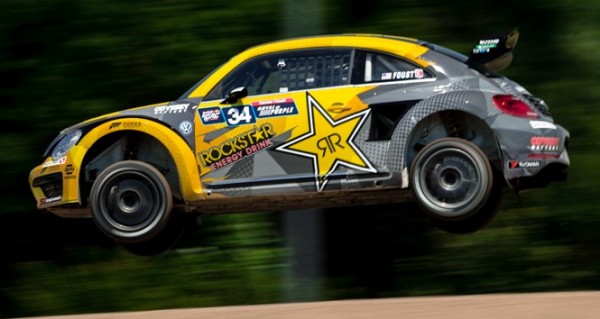 Nelson Piquet Jr., #07 SH Racing Rallycross Ford Fiesta ST: “This is thanks to the team. They’ve been making the car quicker and quicker every race, and we’re just getting more and more competitive, so I have to thank the team. They’ve been improving the car so much, Sulli’s been working hard, the whole team at SH Rallycross, to make the car quicker and more competitive every weekend. We were a bit frustrated the last few weeks with some failures and some bad results because obviously we come to the racetrack and we want to win every weekend. We’ve been together, me and Sulli, since the beginning of last year and all these great sponsors, Hydroxycut, Wix, Haus Personal Vaporizer, have been supporting us for such a long time. They deserve a win, and hopefully this is just the first one for the future—we’re going to have a long time together. I’m really happy.” 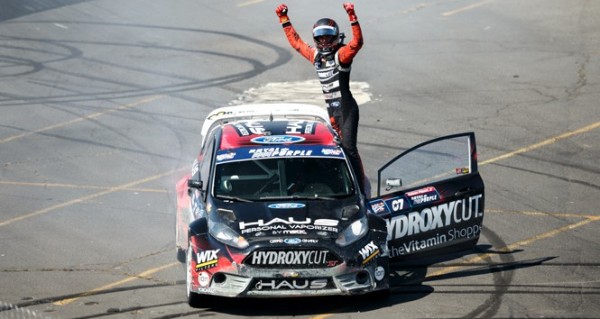 Patrik Sandell, Driver, #18 Bryan Herta Rallysport Ford Fiesta ST: “This is brand new for me, it’s a brand new team with Bryan Herta Rallysport and Kobalt who are still with me. But we tried to build this package, try to work really hard, and try to fight for the podiums in each and every race. We’ve been really fast, and now lately we’ve been able to get up onto the podium quite frequently. I’m super happy for the team, they are putting in so much work and so much effort ,so again, this podium goes to them.”

Ken Block, Driver, #43 Hoonigan Racing Division Ford Fiesta ST: “Really, we were struggling this weekend—the team and I worked really hard, especially the crew, to really try and figure out the setup. It got better and better and better, and by the end I was a lot more comfortable with what we were doing out there. I just really wanted to come away with a better result than what we ended up with in the last Detroit race. Really I couldn’t ask for anything better at this point, we’re in this for the championship win so it’s good to come away with a podium and extending the lead.” 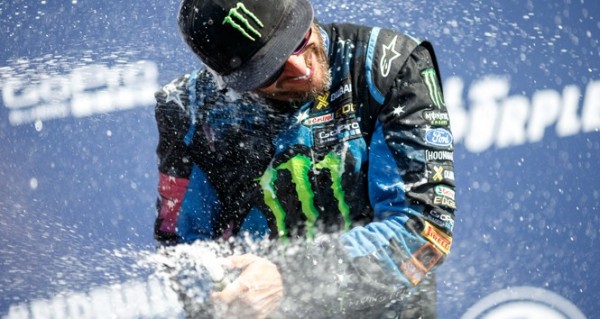