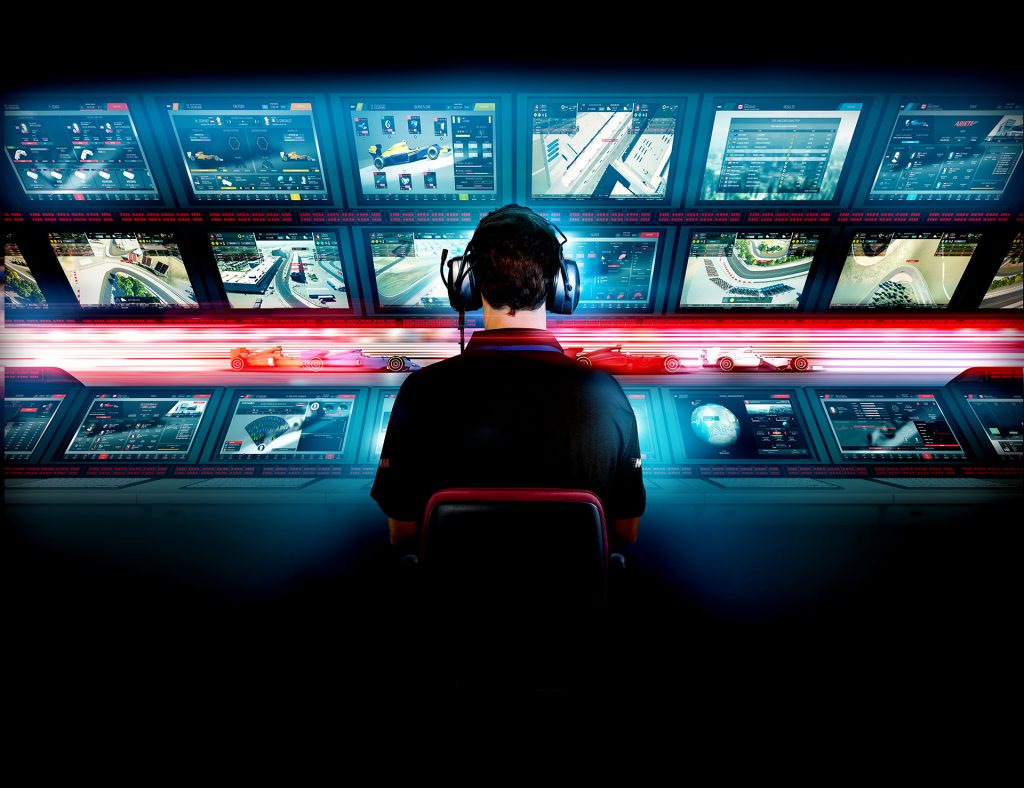 I think it’s fair to say that most people understand that racing is a far more complex than just having a fast driver in a fast car. After all, racing is a team sport, and every element in the team has to work perfectly in order to stay competitive, yet in the world of racing games the focus is usually on the driving aspect. If your heroes are sitting on the pitwall instead of the cockpit, then for the last 16 years you’ve been out of luck. Well the wait for the next good racing management game is finally over with the long awaited Motorsport Manager. 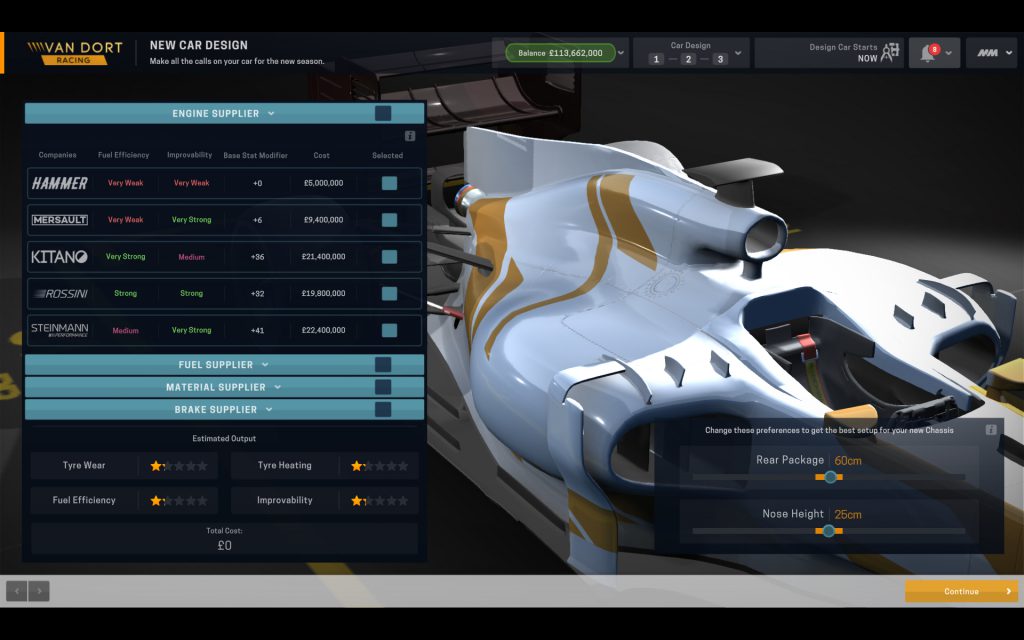 Don’t get me wrong, drivers always have the image of the hero and everybody loves heroes, but it is very odd that the gaming industry, which has a niche for manager games, has mostly ignored the whole genre of racing management. In fact apart from a mediocre at best Pole Position Manager 2010, there hasn’t been a single even half decent game since 2000. Before I get a whole army of iGP Manager and GPRO fans getting ready to leave as many angry comments bellow as they can, don’t worry, you’re not forgotten. Put your torches and pitchforks away and hear me out. While there has been a few online racing manager games in the past 5-10 years, they are very limited in budget and have many limitations, which is why they don’t count. In fact, the developers of Motorsport Manager started off from the mobile game, which shares the same name. The game proved to be a success, which is why Sega decided to support their dream of making a pc version of the game. 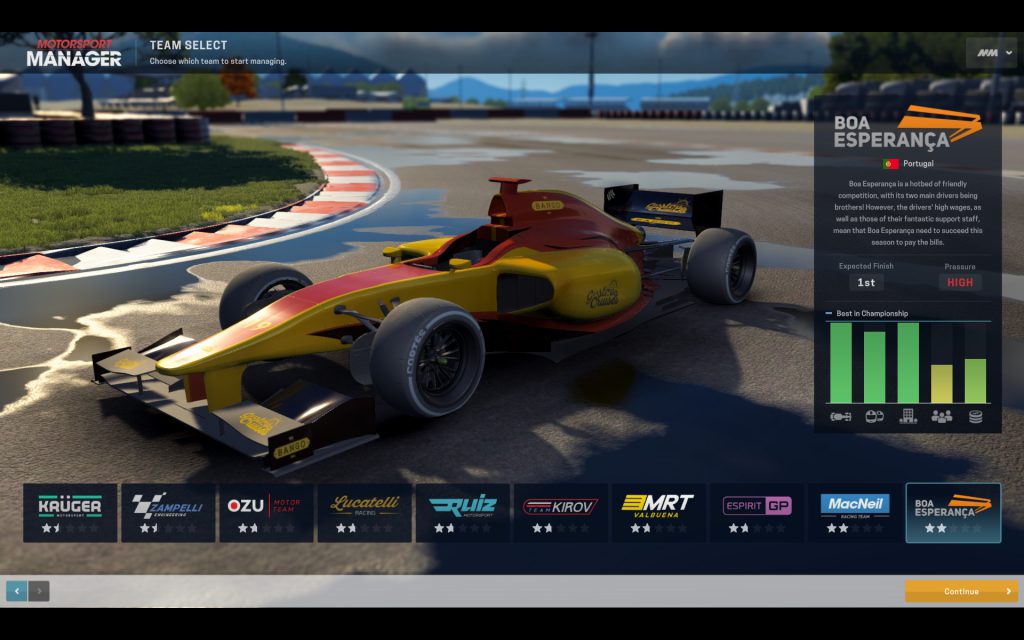 So, what kind of game is Motorsport Manager? If you can’t be bothered to finish this article, it’s amazing, close the browser, open up Steam and buy it. To those who would like to find out why I think it’s the best game in the genre, stick around. But before I go on explaining all the good parts of the game, it would only be fair to talk about things this game lacks in.

First of all, you play as a team manager, not the owner, which is fine of course, but it would be nice to create your own team. Second issue is related to the first one – at the moment there is no way to edit drivers or teams. Personally, I don’t mind working for “Scuderia Rossini” instead of “Scuderia Ferrari”, but it would be great to have the option to. Another thing that is a little irritating is how much the performance drops in the mid-season compared to the previous level. But that is still just an irritation that will most likely get fixed, along with the minor glitches and the few UI tweaks that need to happen. 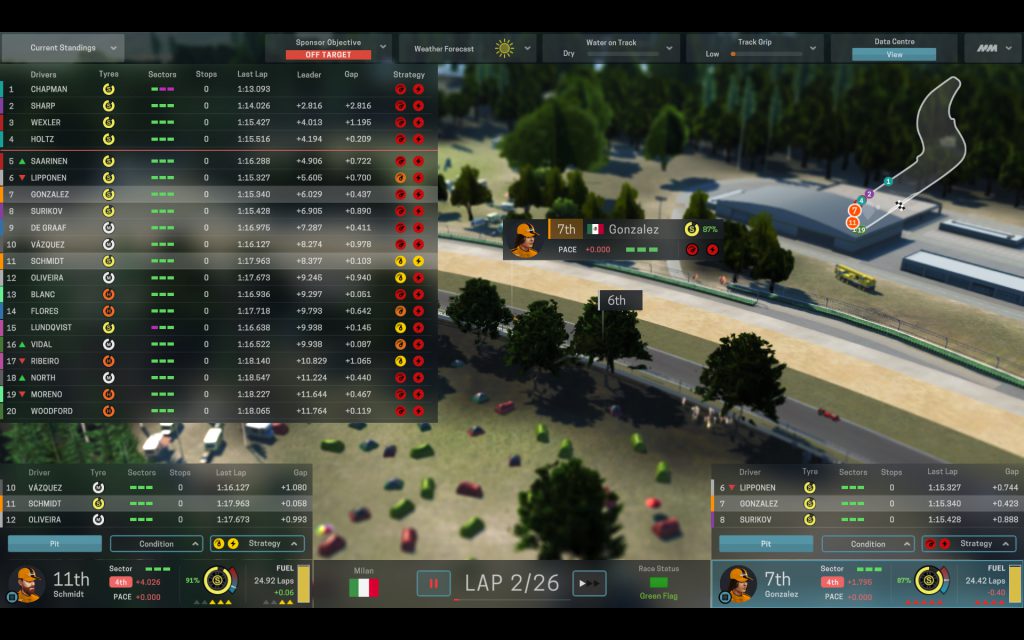 Now that the bad is out of the way, here comes the good. First of all, this game is incredibly detailed. I spent a good portion of the time reading the emails, comparing driver stats, calculating which sponsors pay out more in the long run and which sponsors are even worth risking signing up with. Some staff members actually have their own traits too. For example, I hired a really good designer who was doing a great job, but unfortunately she kept leaking team’s info to competitors, which is a nice touch of realism. Second thing that stands out is definitely the races themselves. In the aforementioned Pole Position 2010 once you set the strategy for the race you could literally leave the computer running and come back to see the results. This is not the case with Motorsport Manager. In fact, if you stop paying attention for more than a minute you can miss out on important things such as a safety car on track, changing weather conditions, or even such obvious thing as driver running out of fuel or tires, which can cause you to have some grey hairs poking out soon after a stressful race.

Overall, this game is the great blend of fun gameplay and tremendous attention to detail. It will take over your life and you will thank it for doing so. Thank you very much, Sega and Playsport for creating this masterpiece. Now escuse me while I go back to playing it some more.

How Real Is Dirt Rally?