So after being rescheduled 3 times due to an extended winter in New England, the first Clubloose North drift event was held on April 18th. As promised, we brought the Dart. It was certainly not the most suitable vehicle, but it is RWD, it’s loud, and it’s bad, so it’s okay!

I missed the first session due to the alternator dying first thing in the morning, but one great thing about old, massed produced cars is that the parts store down the road had one in stock for $50! So with a new alternator in, I made the second session, and it was as silly and awesome as I could have hoped. 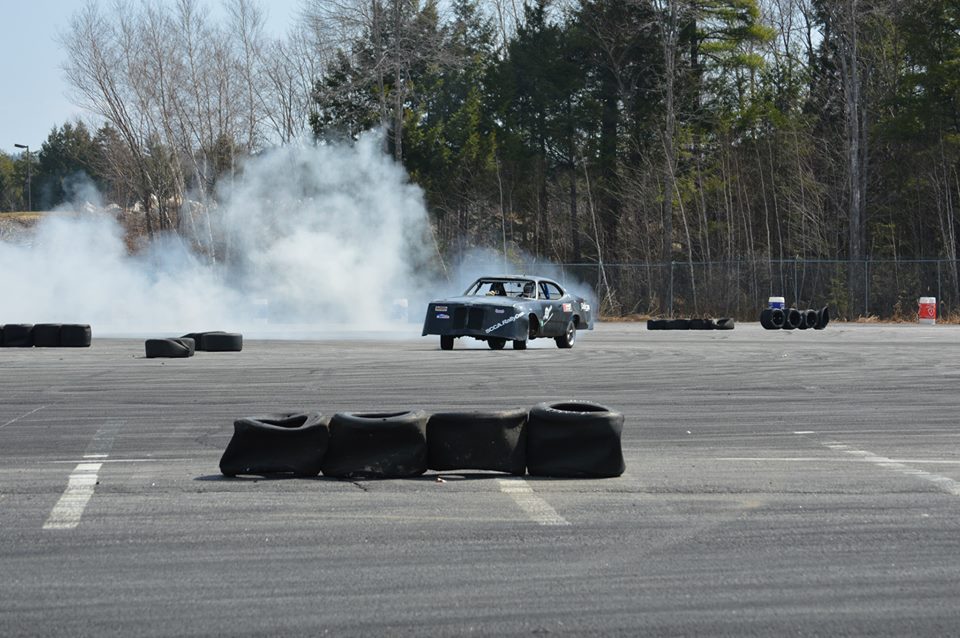 The car was running a little warm, so we took off the sheet plastic nose cone, and the Mad Max effect doubled. Something in the suspension started bending during the third session, and got worse and worse, so I called it quits after that. 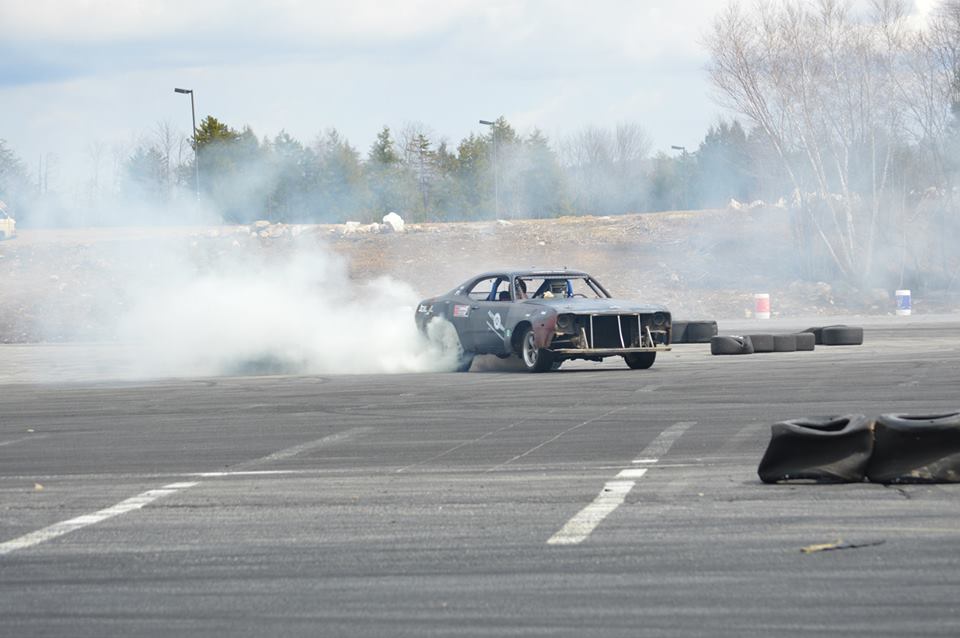 Even though I only ran in two of the 4 sessions, I got a ton of seat time for the cost of entry. The guys at Clubloose North are awesome! Everyone went out of their way to ask how I was doing (this was my first attempt at drifting) and very encouraging! Big thanks to Russ and everyone else! Oh and if you like camping, bonfires, and partying to go along with burning tires and bouncing rev limiters, I highly suggest making it to a CLN event at all costs this summer! 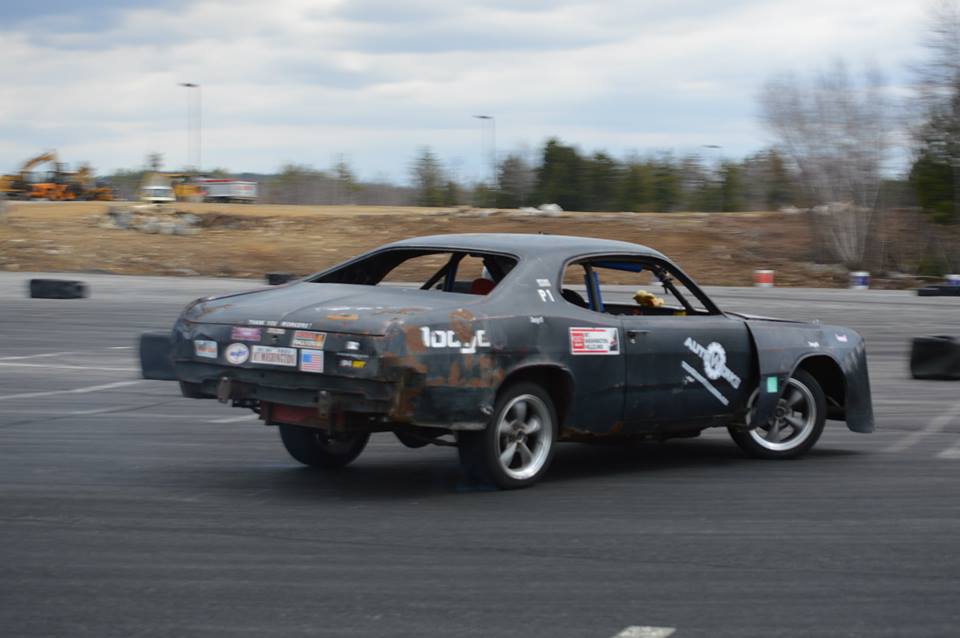 The Dart will definitely be back, hopefully with a little better setup! Although it was great to see guys’ faces when I told them that yes, it does have leaf springs in the back (and torsion bars up front)! 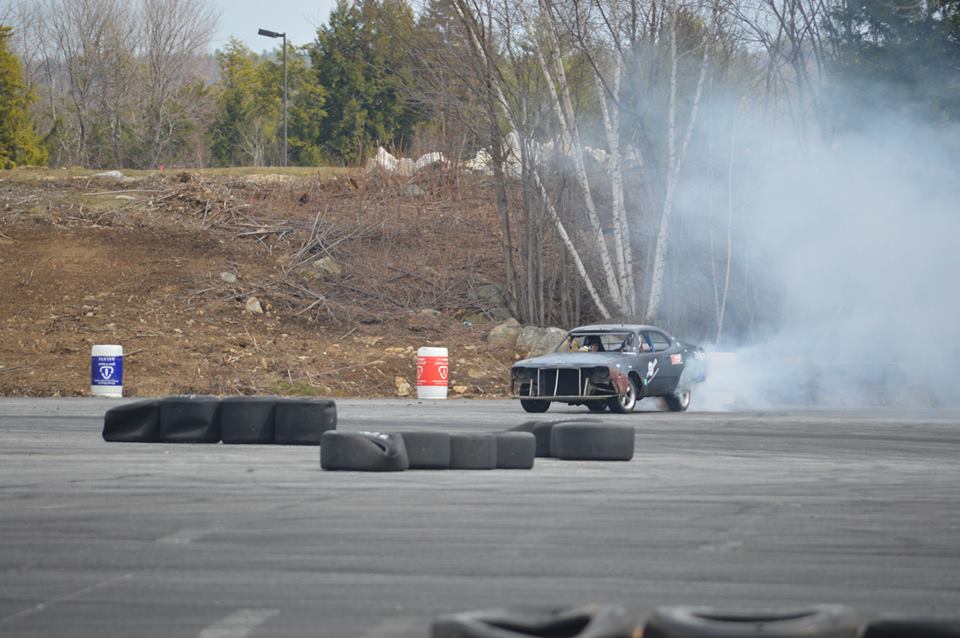