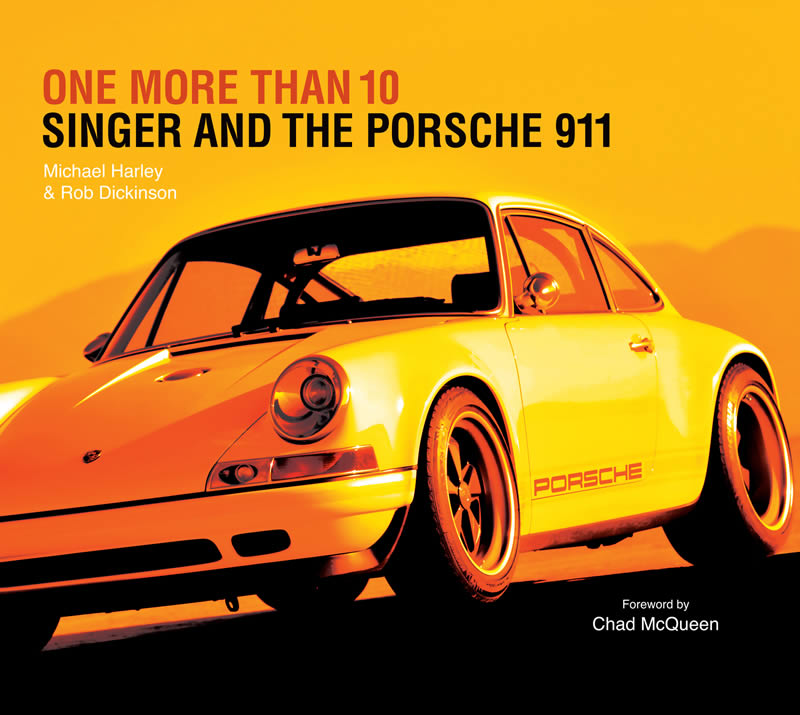 This is the official description of the book:

“In the 1970s a boy was in the back-seat of his dadʼs India Red VW Beetle hammering along a French autoroute outside Narbonne. He watched a new Porsche 911 close, pass and howl away. The 911 got under his skin.Much later, in the early 2000s he hot-rodded a 1969 Porsche 911E and found that many people liked what heʼd done.

In 2008 there was a G-series Porsche 911 minus some of its bodywork, a rented corner of a workshop, some sketches and a vision to re-imagine the 911 utterly without compromise. To distill the elemental strands that made the car iconic, display a flagrant disregard for “good enough” and turn the dial on everything important up to eleven. Because in (almost) the words of This is Spinal Tap, “it’s one louder.” This was the beginning of Singer Vehicle Design.

In 2009 an orange 911 restored by Singer was shown at the Baja Cantina during Monterey Car Week. By 2013 cars had appeared on Top Gear, with Jay Leno and Chris Harris and in EVO Magazine.

By 2015 Singer was displaying it first Targa commission in the Cartier Style et Lux Concours dʼElegance at Goodwood Festival of Speed, on the lawn at Quail – A Motorsports Gathering in Carmel and at Salon Privee in the grounds of Blenheim Palace.

There was much more to it than this. There was a lot more swearing.

The full story, the complete cast of rogues, lunatics and genuises and some of the swearing, can be found in this book, agonized over and finessed just like the cars.”

Itʼs called One More Than 10 and it tells the story of Singer and the Porsche 911. You can buy it here.