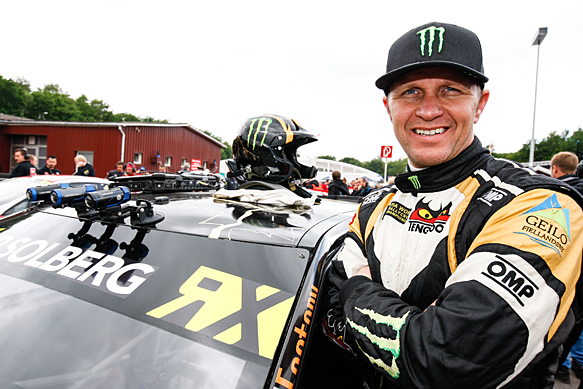 The events are so different that they are hard to compare. All I know is that is must be nice to be Petter Solberg. He just turned down a factory ride in Dakar to focus on his his World RX program. He didn’t say which team he got the offer from but Autosport rumors that it may have been Toyota.

Maybe Toyota wasn’t the right team for Petter based on his comments. “It’s something which interests me – but it absolutely has to be with the right team and the right car,” said Petter. “I want to go there and be competing properly.”

It sounds like Petter could have fit Dakar into his schedule but he would have risked the remaining World Rx races in Italy and Argentina. But if Petter ran Dakar it would have meant four WRC drivers competing in 2006 as Hirvonen announced earlier this month that he will drive an X-raid Mini and Loeb has has the green light from Citroen to drive a Peugeot 2008 DKR which he recently extensively in Morocco.

“It will be a big adventure,” he said, “and the chance to fight with Loeb and Hirvonen would be fantastic. But I have come so far with my PSRX [World RX] team that I want to stay absolutely focused on winning back-to-back titles.

Petter did say that he plans on running Dakar in 2017; it must be nice to be Petter Solberg!
“Dakar is unique and getting ready for it can’t be rushed. But we will be ready for 2017.”