How often do you hear the phrase “They don’t make them like that anymore”? Depending on who you talk to, it could go from almost never hearing the dreaded sentence to hearing it on an hourly basis. The “them” part could mean absolutely anything, from shoes, to cars, to video games. The latter is the topic of today’s article. To be exact, I’m talking about one of thee greatest racing games ever to hit the market – Richard Burns Rally.

As time has clearly shown us, the components of a timeless game are as follows: good gameplay (duh), unique concept and mod support. If the game manages to get at least two of the three, it will be a hit, whether it will be a silly arcade, like any of the Need for Speed games, or if it will be an unforgiving simulator, like GTR or RBR, for that matter. And of all racing simulators ever to hit the market, none could hold their own with the most grueling game of them all – Richard Burns Rally. And the public responded! Well, in Europe that is… 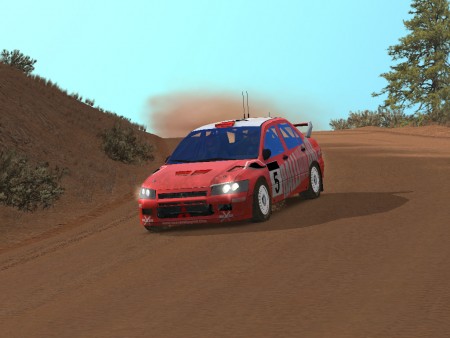 You see, unfortunately, just like real rally, RBR, never really appealed to the masses. The menus were plain, the learning curve was very steep and in order to compete in the career mode you had to take the rally school. “School? I’ve seen enough of learnin’ already! I wanna go now!” Sure, the game did have some good music, which you could only hear in the replay. But what real racer would even consider driving to some tunes in the real rally anyway?

And that’s why the game ended up never really hitting the hype of the much more publicly appealing Colin McRae Rally series, and that way never got the sequel it so much deserved. The thing that makes RBR special is simple – it’s not only very realistic in terms of handling, it’s very OCD when it comes to setting up the car. I personally know a few racing mechanics that use their real life experience to set up cars for RBR. Did I mention that all of the stages used in the original game were nearly identical to the real stages all across the world? Because they really were. Unfortunately, the game couldn’t get the license for the WRC stages, but instead they based their six rallies on six real rallies that take place all over the world.

Not to mention, this game is extremely easy to mod. Nothing in this game can’t be modded. It can be something as major as a set of stages, and it can be as minor as sunglasses texture for the marshals. There are many different types of mods and even a few different ways how you can race online in the game, but there is so many different options, it will require an separate article, where I will go really in-depth. 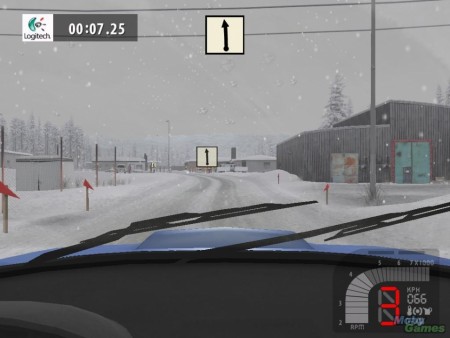 Overall this game knows what it it – a hardcore simulator that doesn’t forgive rookie mistakes. However if you want to learn how to drive on gravel and care to give genuine effort, this game will give back with hours upon hours of replayability. And when you’re done with all the singleplayer action, you can download one of the online mods and compare your skill competing against seasoned veterans of RBR.

The funny thing about RBR, as great as it is, it was actually an unfinished product. If you dig through the audio files, you can find a lot more lessons from Richard Burns himself, not to mention codriver comments at the end of every stage. What probably could have been the ultimate rally driver game, ended up as a solid B+, but even with all of its problems, it somehow hasn’t been beaten in sheer realism and sensation of speed by any of the rally games that came since.