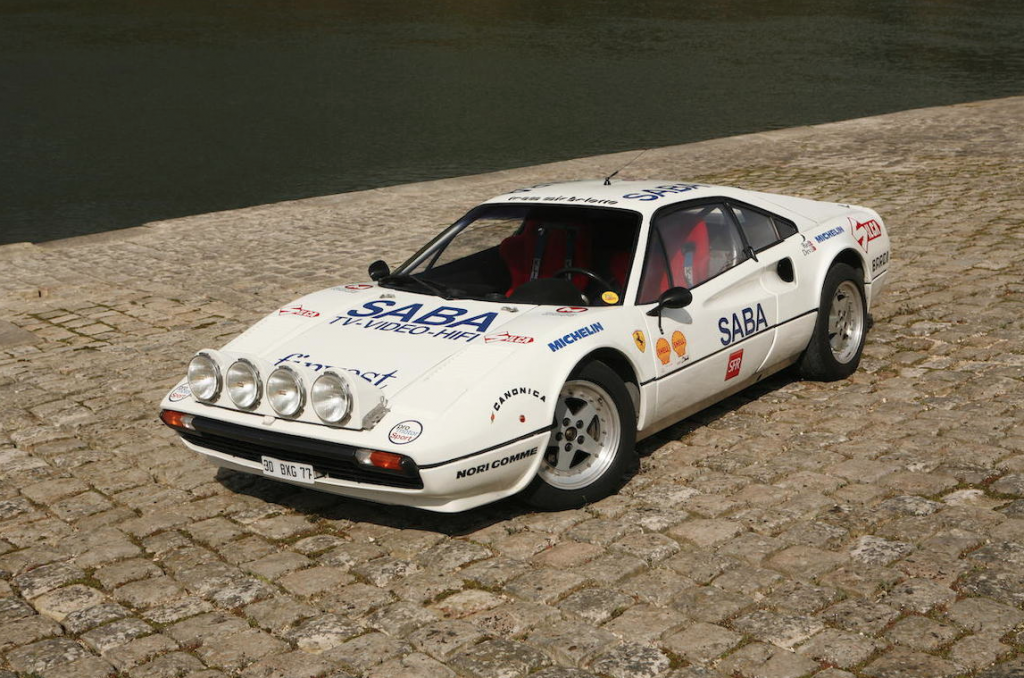 The group B era of rally is the best. Not just because of the speed of the cars and the nature of the drivers but because of the bizarre machines built by a wide variety of manufacturers. Everyone stepped up. Not just the usual suspects like Ford, Lancia, and Audi but even Ferrari got into the game. They produced this ridiculously awesome, super cool Ferrari 308GTB Berlinetta Group B Michelotto. And now its FOR SALE…Just bring a boat because its overseas. 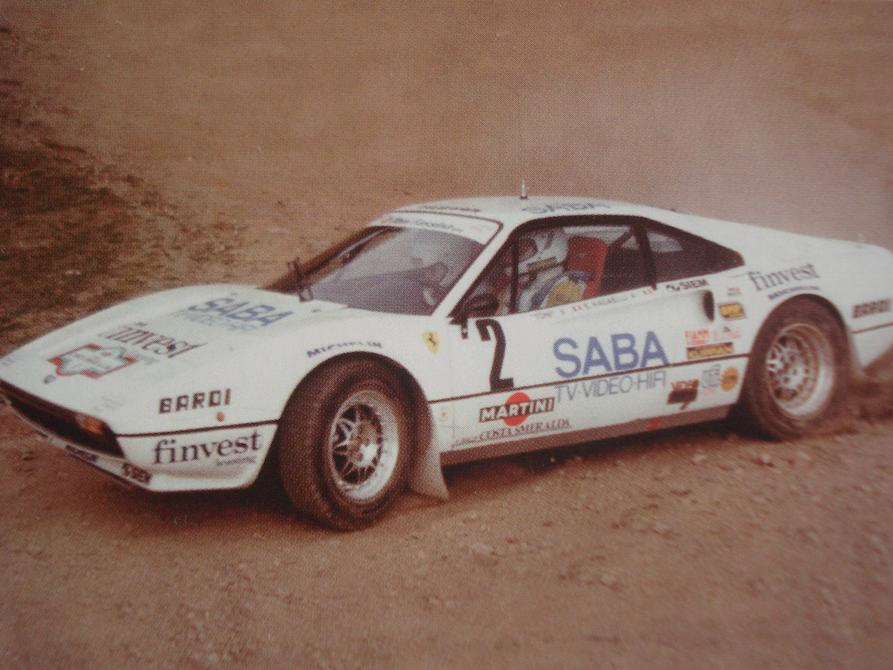 The description reads like that of a super fancy old school race car:
Introduced at the Paris Salon in 1975, the stunningly beautiful 308GTB – Ferrari’s second V8-engined road car – marked a welcome return to Pininfarina styling following the Bertone-designed Dino 308GT4. Badged as a ‘proper’ Ferrari rather than a Dino, the newcomer had changed little mechanically apart from a reduction in wheelbase, retaining its predecessor’s underpinnings and transversely mounted 3.0-litre V8 engine that now featured dry-sump lubrication. In road tune this superbly engineered power unit produced 255bhp, an output good enough to propel the car to a top speed of 150mph. 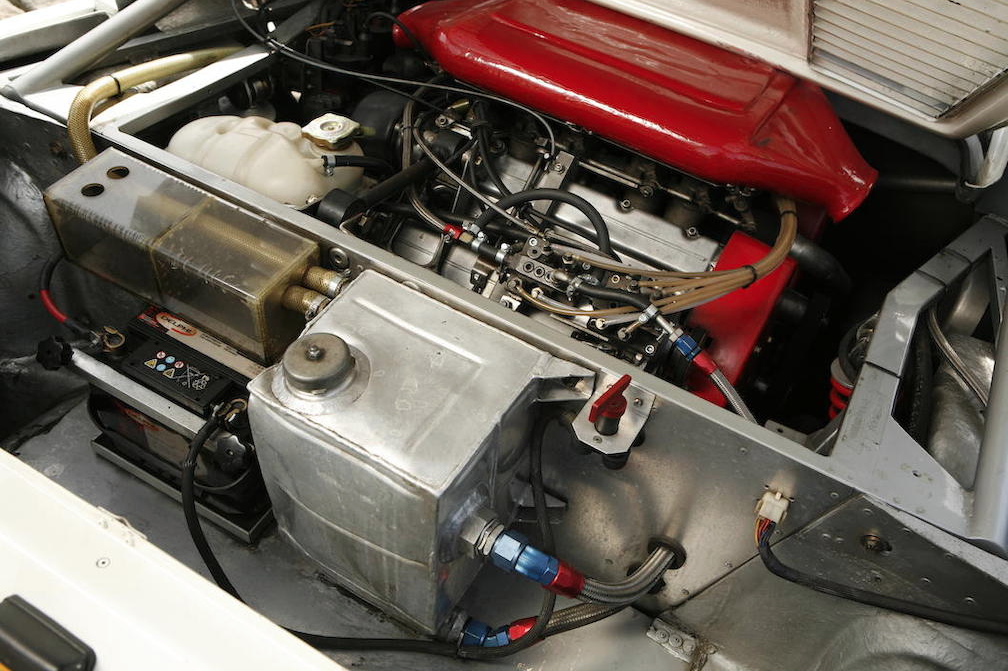 Produced initially with glassfibre bodywork – the first time this material had been used for a production Ferrari – the Scaglietti-built 308 used steel exclusively after April 1977. The first steel bodied cars were manufactured in 1976, the change bringing with it a considerable weight penalty (of around 150kg) and consequent reduction in performance. Naturally, anyone wanting to race a 308GTB started out with the glassfibre version if they could. 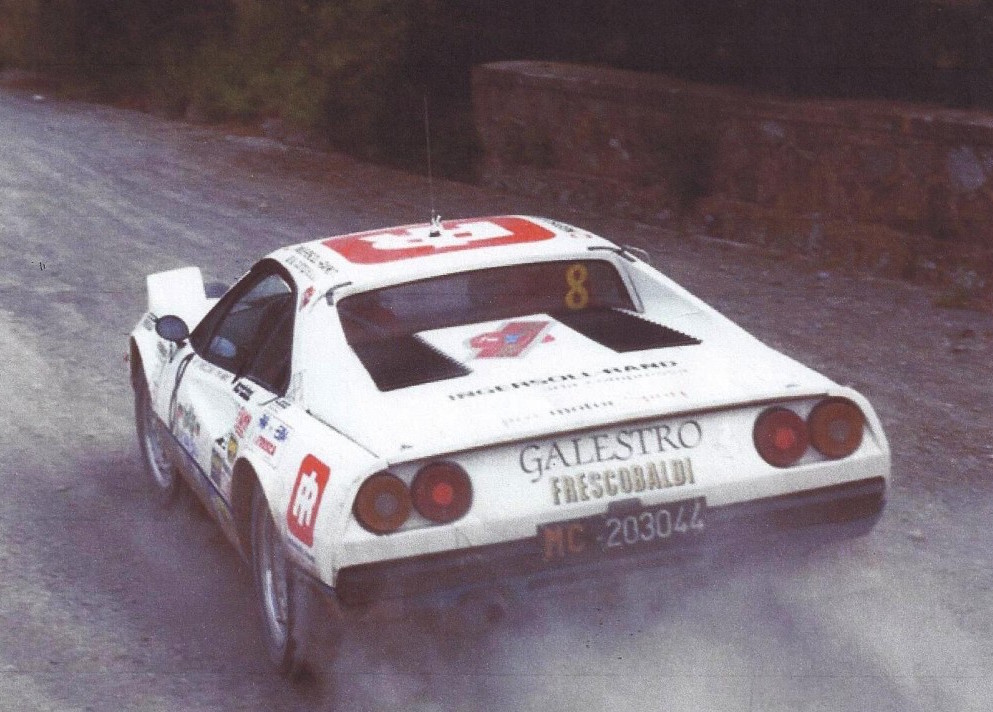 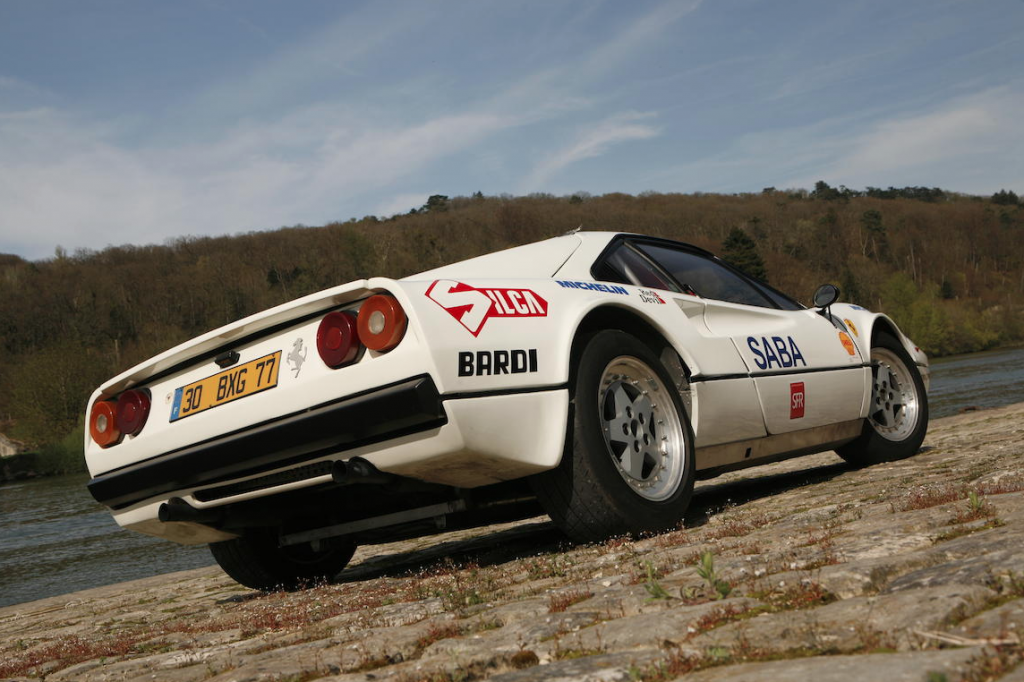 Since production of a full batch of 25 highly modified GTB Evoluzione cars was effectively out of the question, the specification of these Michelotto Group B machines incorporated as few changes as possible from the standard road car, while still providing clients with rally-winning potential. Michelotto’s most significant development from its previous Group 4-converted cars was selection of the Quattrovalvole engine. Even so, the first Michelotto 308GTB emerged with the conventional and reliable two-valve head rather then the latest ‘QV’ power unit employed in the following three cars. 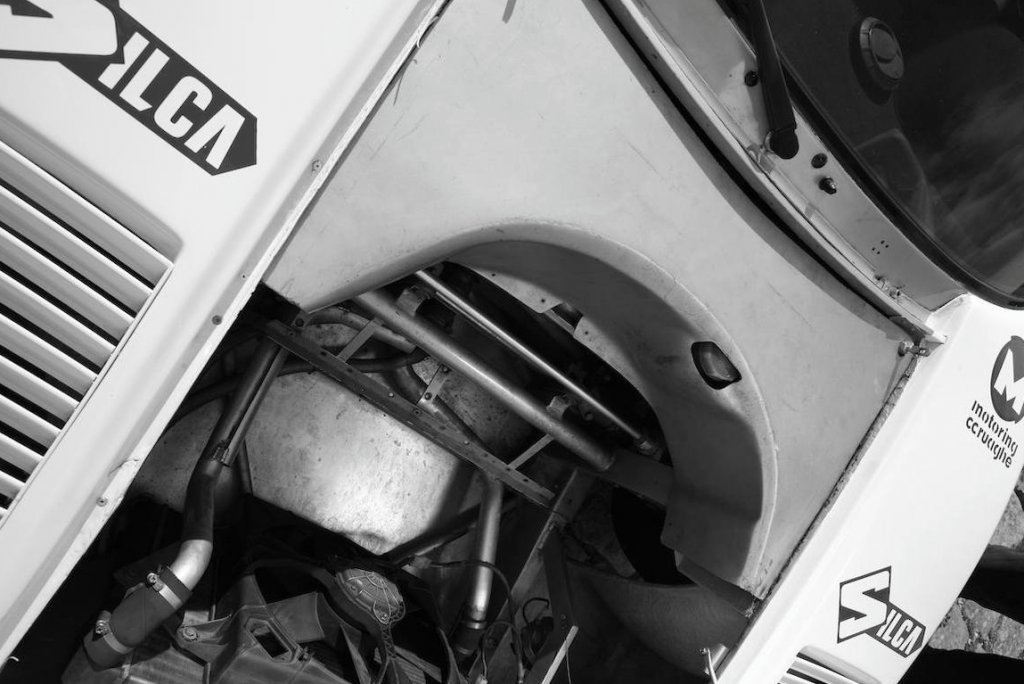 Ferrari 308 GTB Michelotto chassis serial 18869, offered here, was the first of four Group B configuration cars built by Michelotto from a total of 15 combined Group B and Group 4 cars that the company modified in period. It was first completed in February 1983 for the Pro Motor Sport team in Italy. 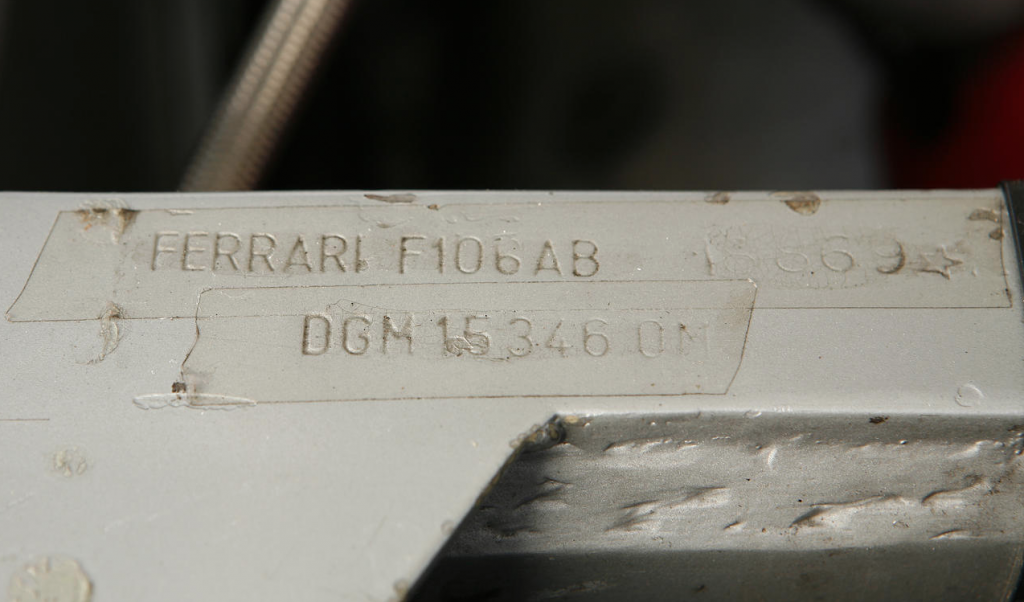 During the subsequent 1983 rally season, we understand that this car won many Italian national events, including the Valli Imperiesi Rally with Cambiaghi/Di Gennaro as driver and navigator; followed by the Sciacca Terme, Mari e Monti, 12 Hours of Campobello, Neborid and Proserpina events with Bronson/Di Prima in the hot seats. 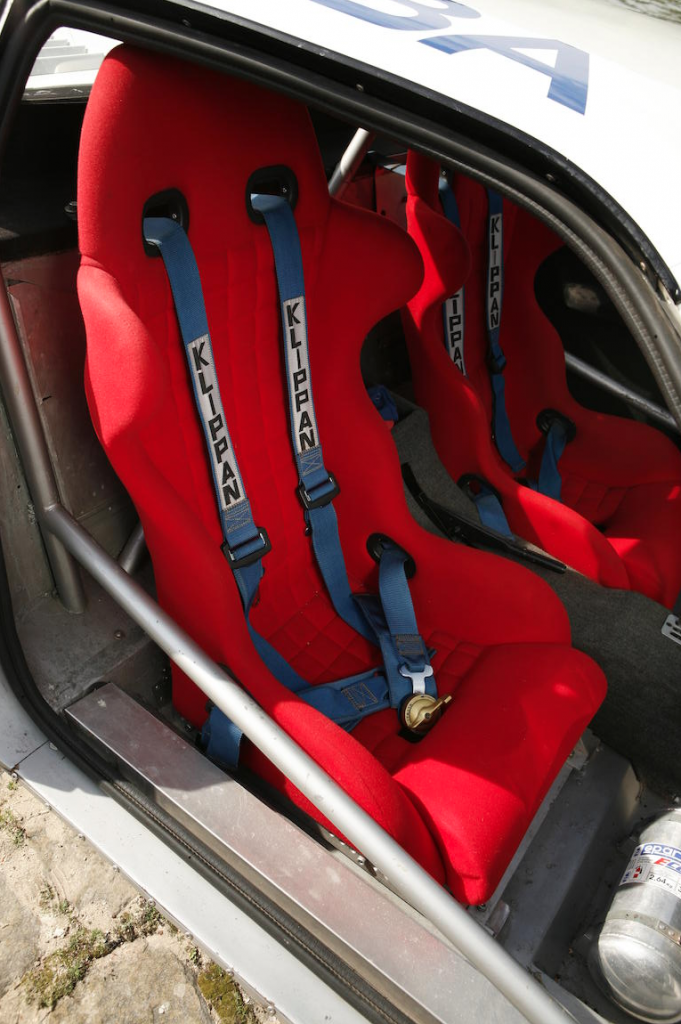 The cars successful career continued into 1984 as Zanini and Autet campaigned it in the Spanish Championship and won another six times, in the Criterium Guilleres, Sierra Morena, San Agustin, Luis de Baveria, Oviedo and Vasco Navarro Rallies. 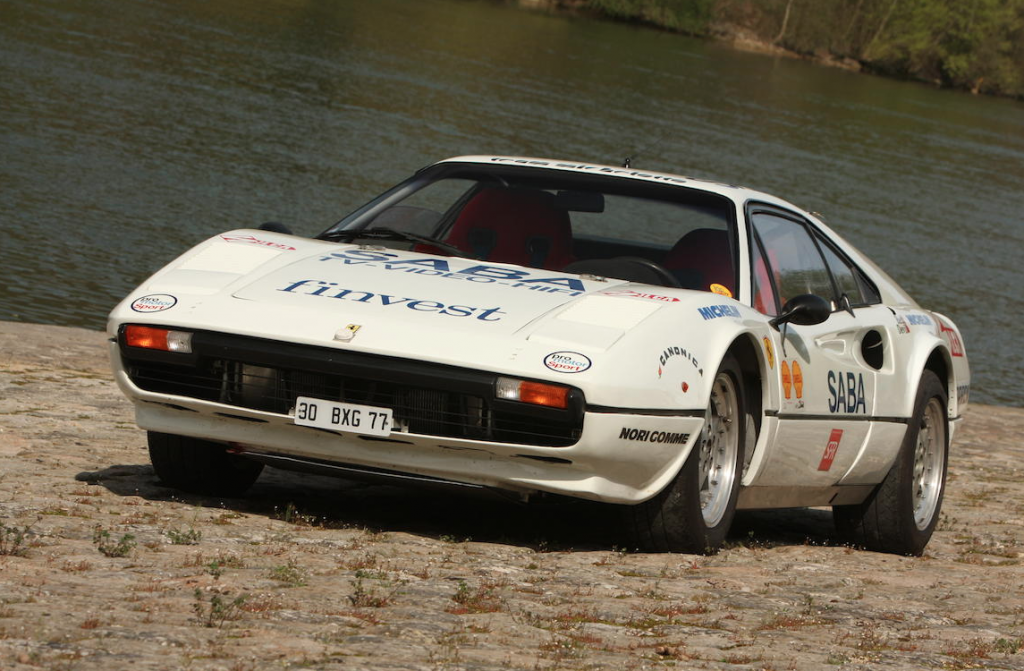 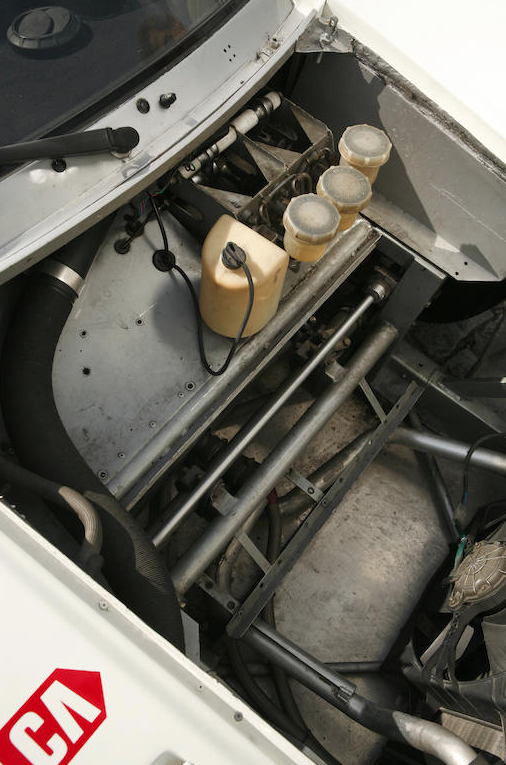 Three of Michelotto’s Group B 308s were fitted with QV 32-valve engines producing 310bhp at 8,000rpm, after this prototype (chassis 18869) had deployed the 288bhp two-valve motor. While the Group 4 variants used mechanical Kugelfischer fuel injection these Group B rally variants employed electronic Bosch K-Jetronic systems. These Group B variants weighed-in around 30kg heavier than their racing counterparts since they had to retain their stock glassfibre and steel body panelling. 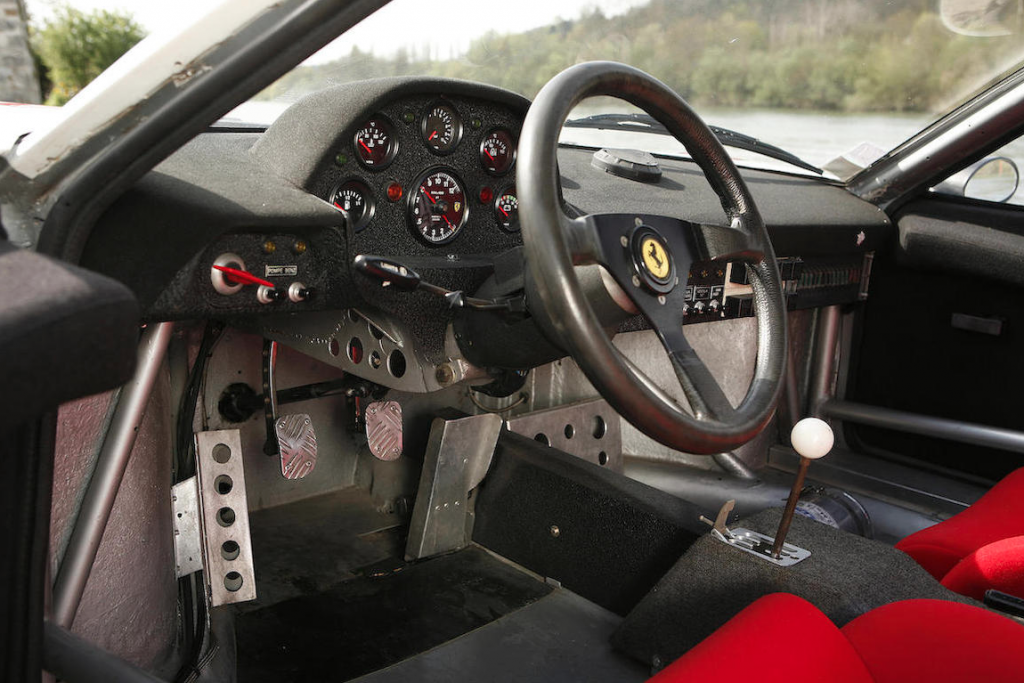 As the first – and one of the most successful – of this rare quartet of Michelotto-built Ferrari 308GTBs this is a particular interesting and significant example of the Ferrari Berlinetta Competizione breed, in 1980s form. 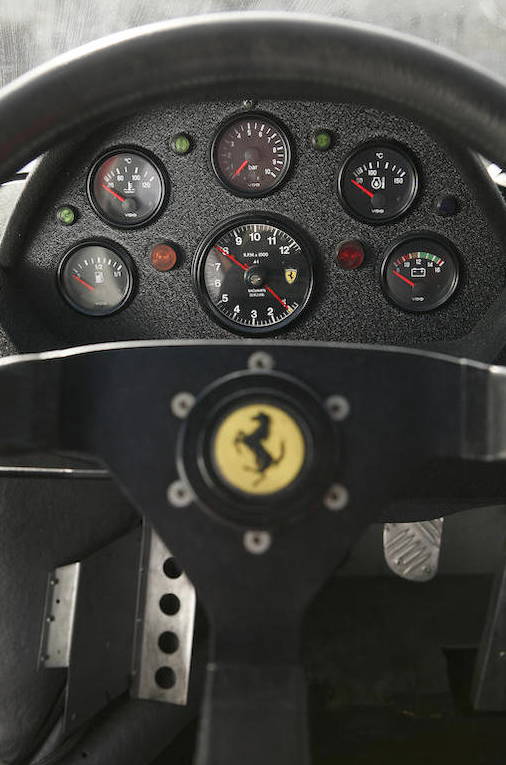 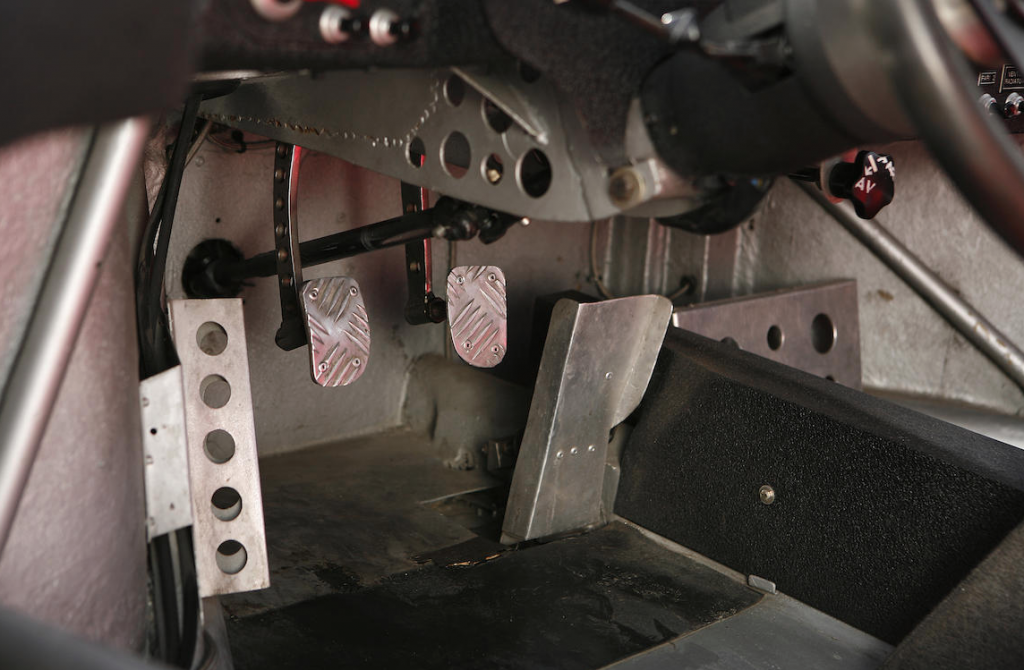 Please note that this is the sole fibreglass bodied Group B Ferrari 308 GTB Michelotto ever constructed. This car came 2nd in the 1983 ‘Championnat d’Italie des Rallyes’ and won the ‘Championnat de Sicile’ with Bronson driving. It also came 3rd in the 1984 Targa Florio amongst other impressive results on file.

The car has had just two owners from new- Promotorsport and the current vendor. Between 2009 and 2010 over 20,000 was spent to ensure that the car works perfectly in all respects. The car is offered with a selection of spare parts including: 6 Canonica wheel rims, Bosch injection, 2 sets of gear ratios. It is offered with French and Italian registration papers and a FIVA identity card. The car has a current ‘controle technique’ 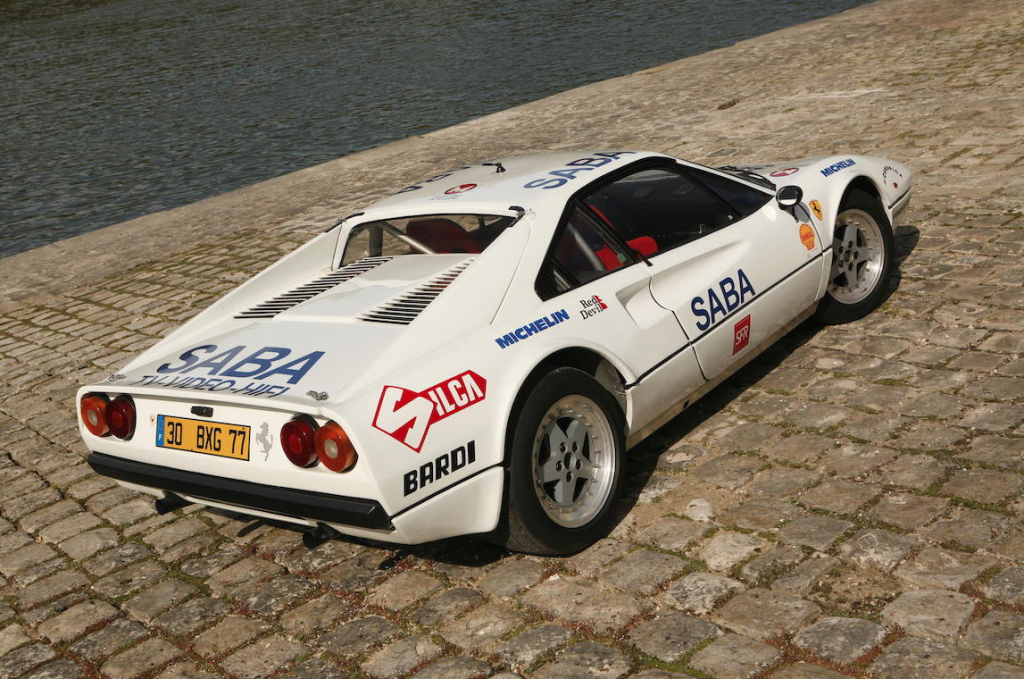 This Group B Ferrari 308 is offered for sale by GTC with a Price on Asking… but it sold four years ago for $497,000 so bring a boat and a ton of cash. 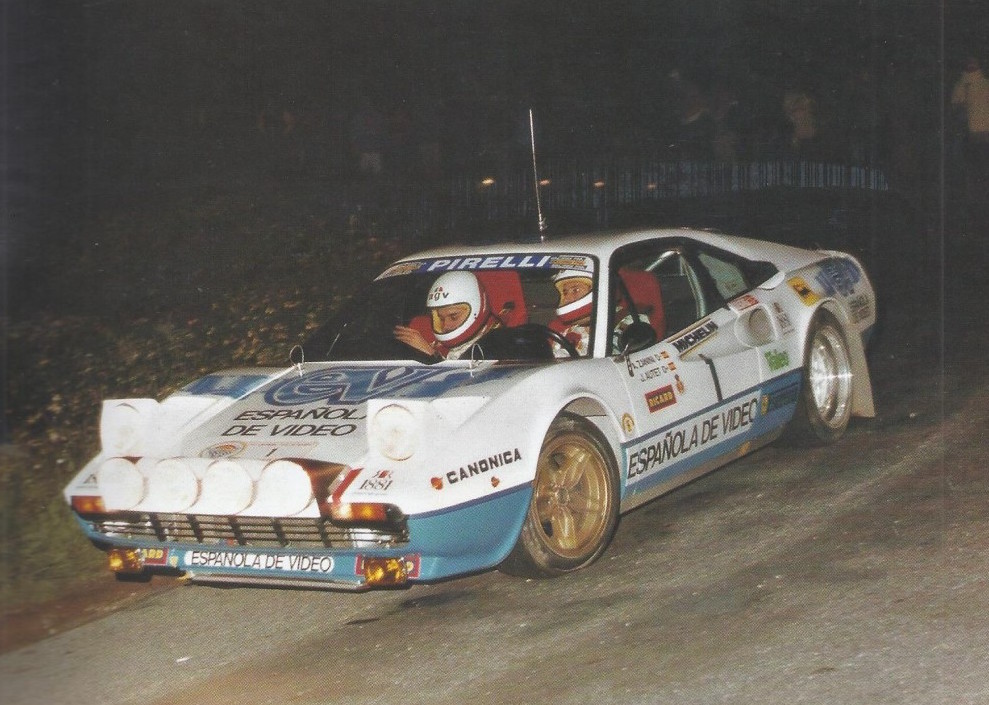