Every November, Bancroft, Ontario plays host to the Rally of the Tall Pines. One of the most significant events in the Canadian Rally Championship calendar. This year featured particularly rough conditions for the November 26th race. Melting snow and repeated freeze-thaw cycles turned the roads into a slushy, muddy disaster. This allowed the Subaru Canada team of French Canadian driver Antoine L’Estage and Welsh co-driver Darren Garrod to beat out the competition including Subaru USA’s team of Travis Pastrana and British co-driver Robbie Durant by only about 4 seconds with a time of 2:06:45:3. 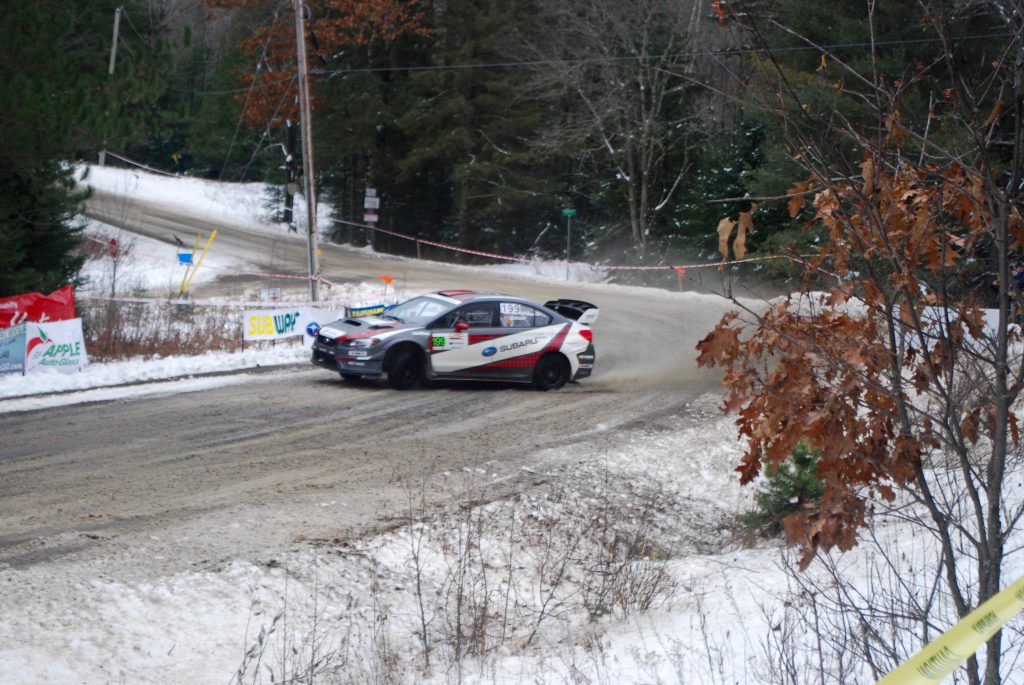 The entire race weekend however is a blast, in a town that loves hosting the race. If you go up to the race you will notice a few things that make this race pretty awesome