Once Ferrari backed out of all their other racing enterprises in 1973 to focus on Formula One, the Scuderia saw an increase in demand for FIA GT class-specification race cars from privateers. Many private race teams campaigned the 365 GTB/4 Daytona in the FIA GT classes, but Ferraris slowly began to disappear from the GT class line up when production of the Daytona ceased in 1973. This not only ended an era of one of the most successful sports car racing programs in history, but it also saw the end of their production car counterparts. 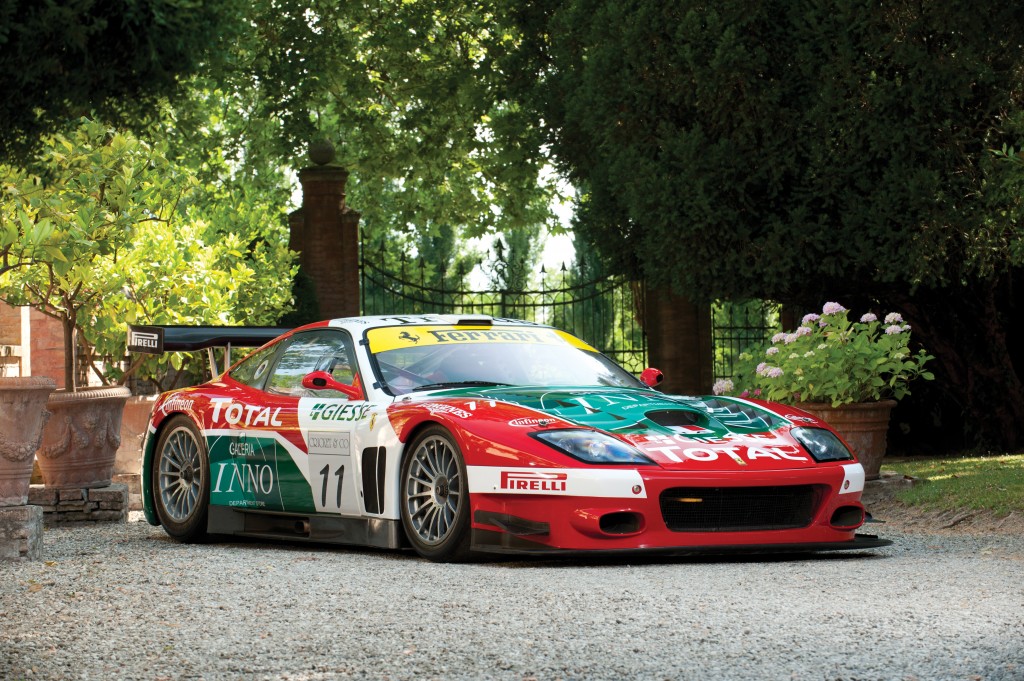 However, with the return of front-engined, two-seater grand touring Ferraris in 1996 with the 550 Maranello, private efforts at the FIA GT1 and GrandAm championships were reignited and a GT1 specification racer, the 550 GTC, followed three years later. The most successful Ferrari 550 GTCs were produced by Prodrive in 2001, with one such example earning a class win at the 24 Hours of Le Mans in 2003. Seeing how successful their cars could be in the hands of privateers, Ferrari wanted in on the action. Ferrari’s Corse Clienti department developed its own competizione version of the 550’s upcoming replacement, the 575M Maranello. Subcontracted by Ferrari to N-Technology, the 575M GTC set out to improve upon what had already been race-proven as a fantastic platform. 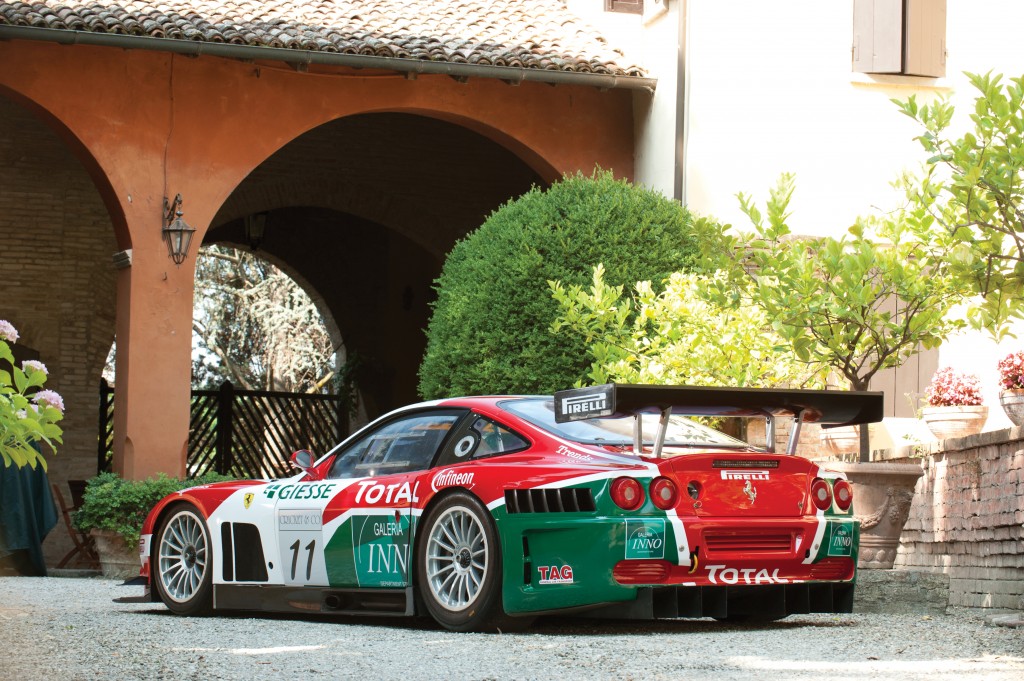 As with the transition from the road going 550 Maranello to the 575M Maranello, the 575M GTC looked similar to its older brother. However, cosmetically, its racing cousin was crafted in the wind tunnel with downforce in mind. The GTC was fitted with a flat under body and rear diffuser to FIA/ACO regulations and an adjustable front splitter and split rear wing with a gurney flap. Hidden underneath its full carbon-fibre body, it shared the same basic tubular steel space frame structure as its road going sibling. Increases in width to both the front and rear track gave the car a menacing stance on the race track. Stripped of all the luxury amenities of the road going Maranello, the dry weight was just a hair over FIA’s minimum permitted weight of 2,530 pounds. 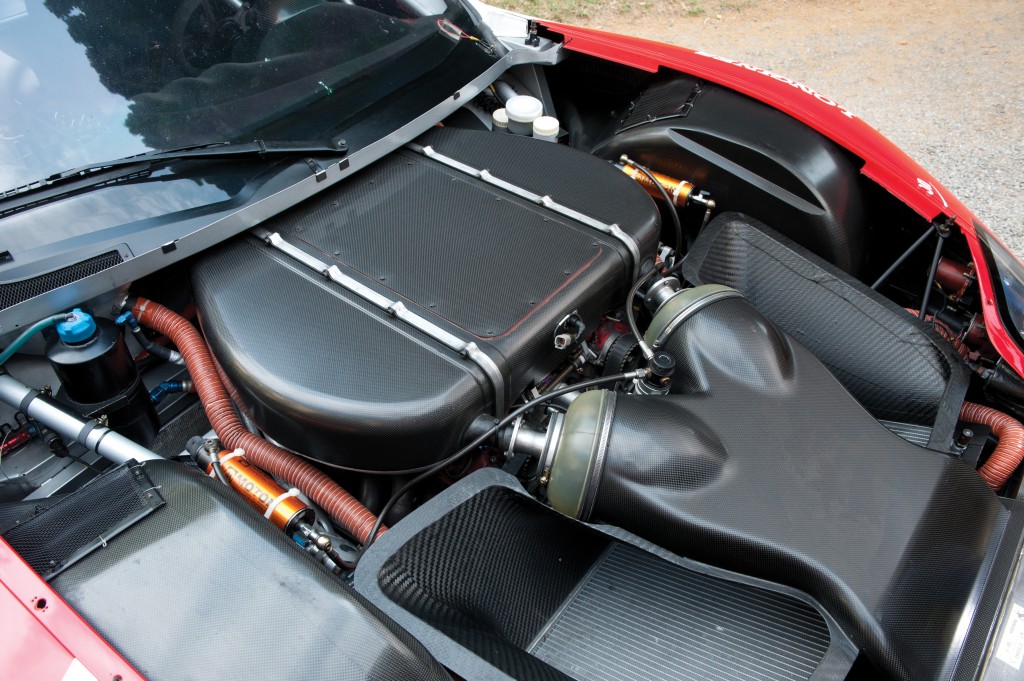 The 575M GTC enjoyed the same basic powerplant as the 550 GTC, albeit slightly modified. Displacement increased from 5,748 cubic centimetres to 5,997 cubic centimetres, due to a longer stroke. Power increased with the introduction of new camshafts and alterations to the fuel injection system. As per usual, FIA-regulation 31.8-millimetre inlet restrictors were fitted in order to keep overall power output in line with FIA GT1 regulations. When fitted with the tallest of the optional rear end ratios, a top speed of 208 mph was possible. 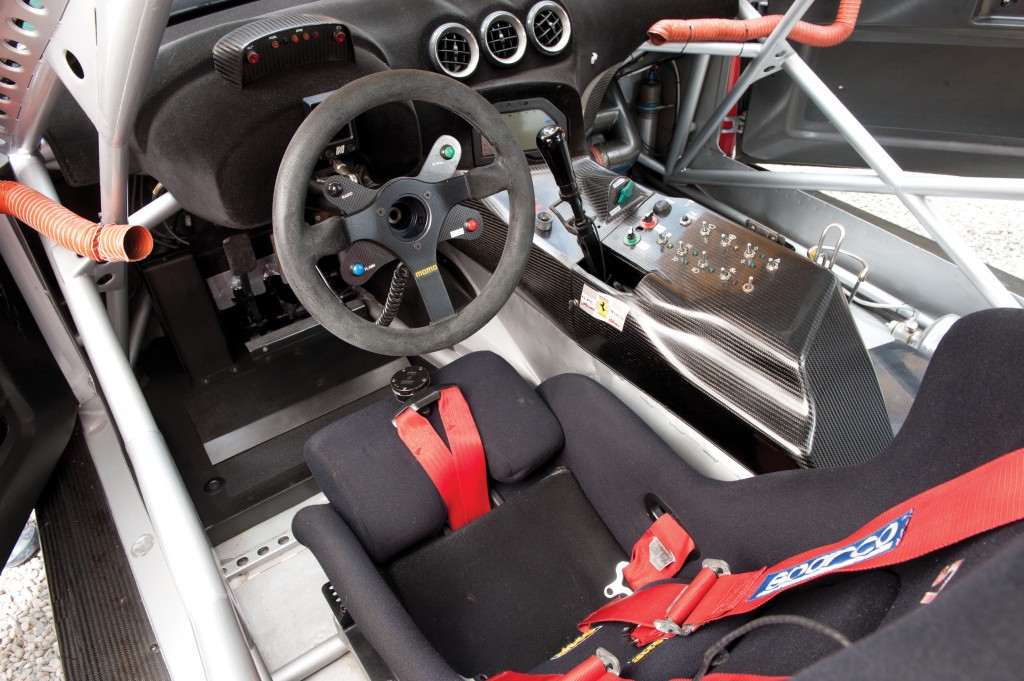 The 575M GTC on sale today, chassis number 2218, has a storied racing history. Chassis 2218 was one of two of its kind that were officially campaigned by the Italian team GPC Giesse Squadra Corse, and it raced in the 2004 and 2005 racing seasons in the FIA GT1 series. 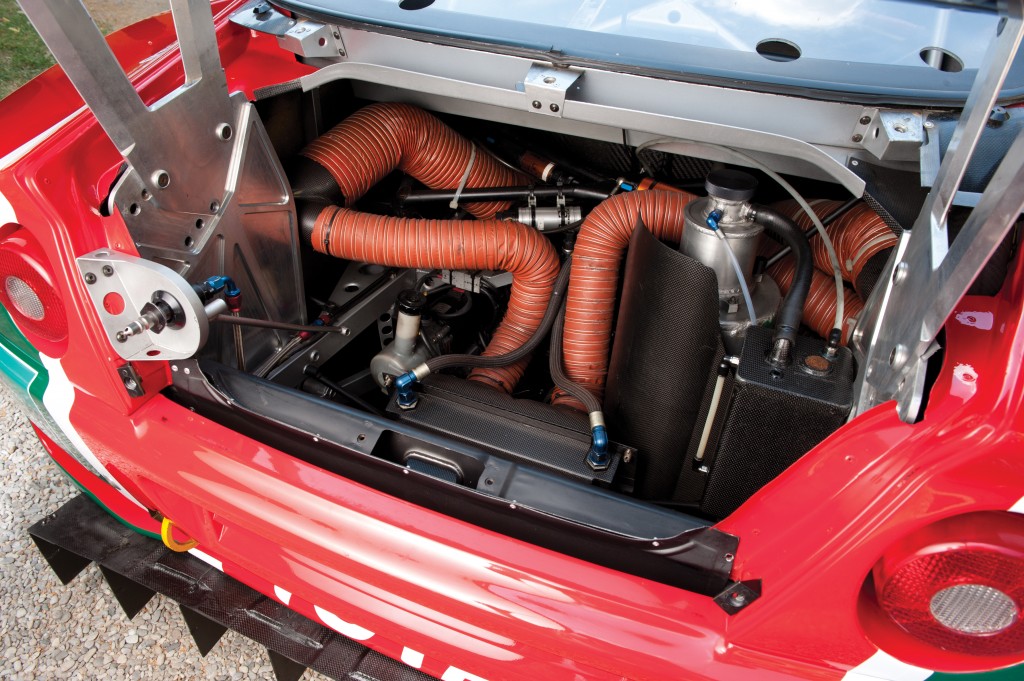 In its first season of competition, 2218 saw action all over Europe. Drivers in 2004 included Emanuele Naspetti and Mike Hazemans, for the first four rounds of the season. For its last and most notable race of the season, ex-Formula One ace Mika Salo, Vincent Vosse, Phillip Peter, and Fabio Babini pushed 2218 to a 2nd place finish at the Total 24 Hours of Spa. Chassis 2218’s crowning achievement of the 2004 season was helping GPC Giesse Squadra Corse to a 2nd place finish in the 2004 FIA GT Championship, along with chassis 2216. By the end of its first year of competition, 2218 had raced for a total of 13,900 kilometres and finished in 10 championship rounds, proving the professionalism of the GPC Giesse Squadra Corse team and the reliability of the platform itself. 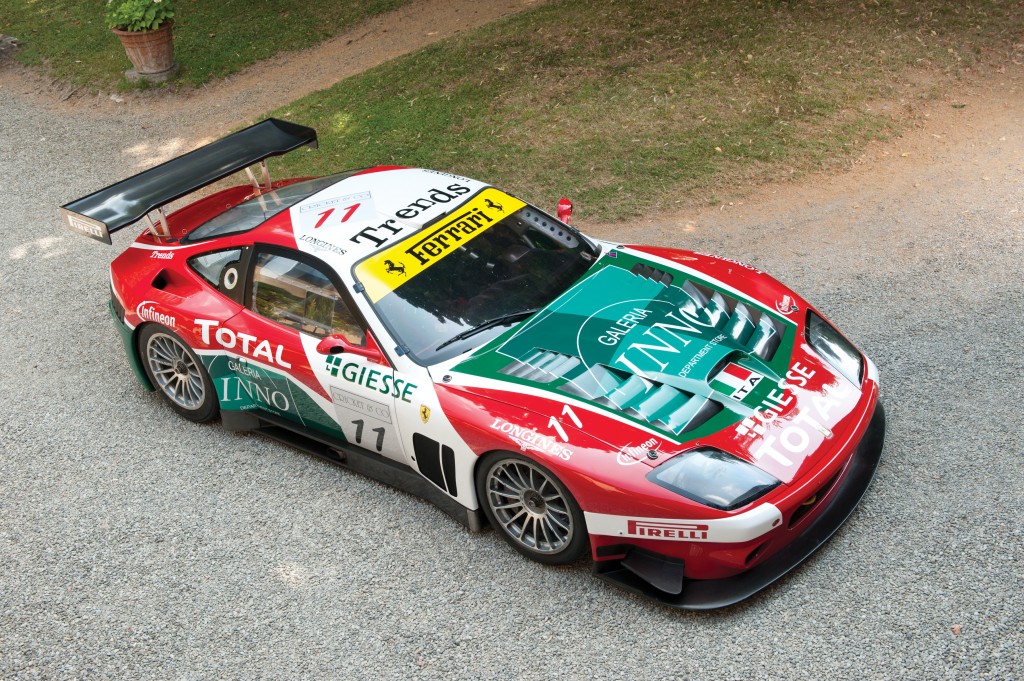 GPC Giesse Squadra Corse brought this 575M GTC back for another round of FIA GT1 Championship competition in 2005. Throughout the season, 2218 was driven by Jean-Denis Deletraz and Andrea Piccini in no less than eight rounds of the FIA Championship. Additionally, it was the only 575M GTC to achieve pole position at the Istanbul round of the championship. 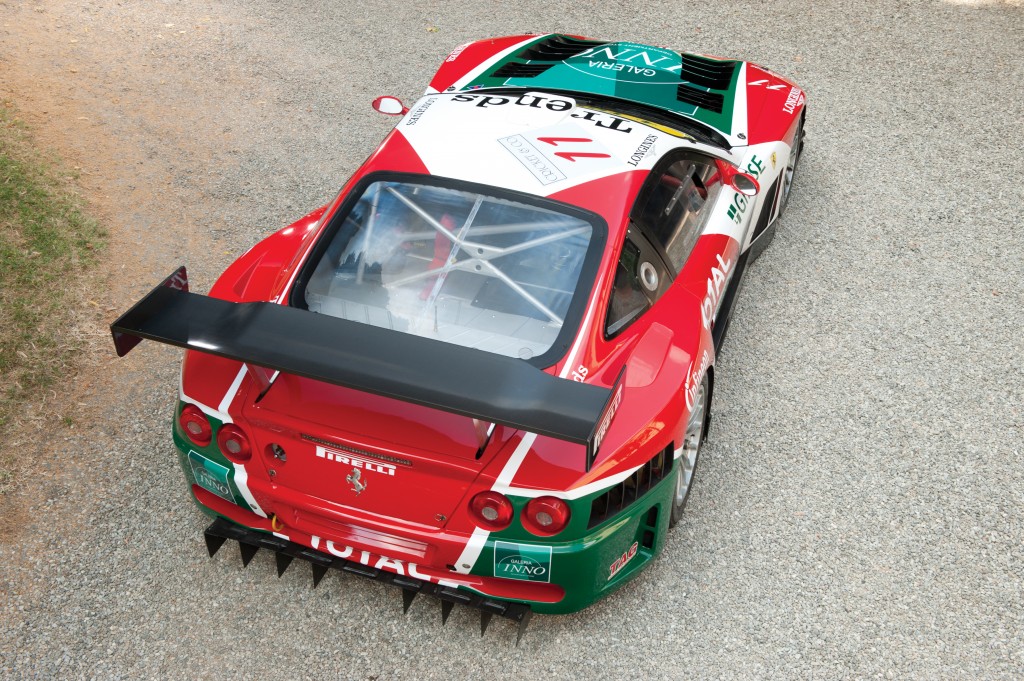 This car comes equipped with the Evoluzione package. First offered in 2005, the Evo 2005 kit increased horsepower to 665 and added numerous additional carbon-fibre components, including brakes, a front and rear bumper, a larger rear spoiler, modified air intakes on the hood to improve engine breathability and air flow, and an upgraded rear suspension that featured Moton shock absorbers. While a grand total of 12 GTCs were produced, only a pair received these modifications, and all 575M GTCs ceased formal competition that same year.