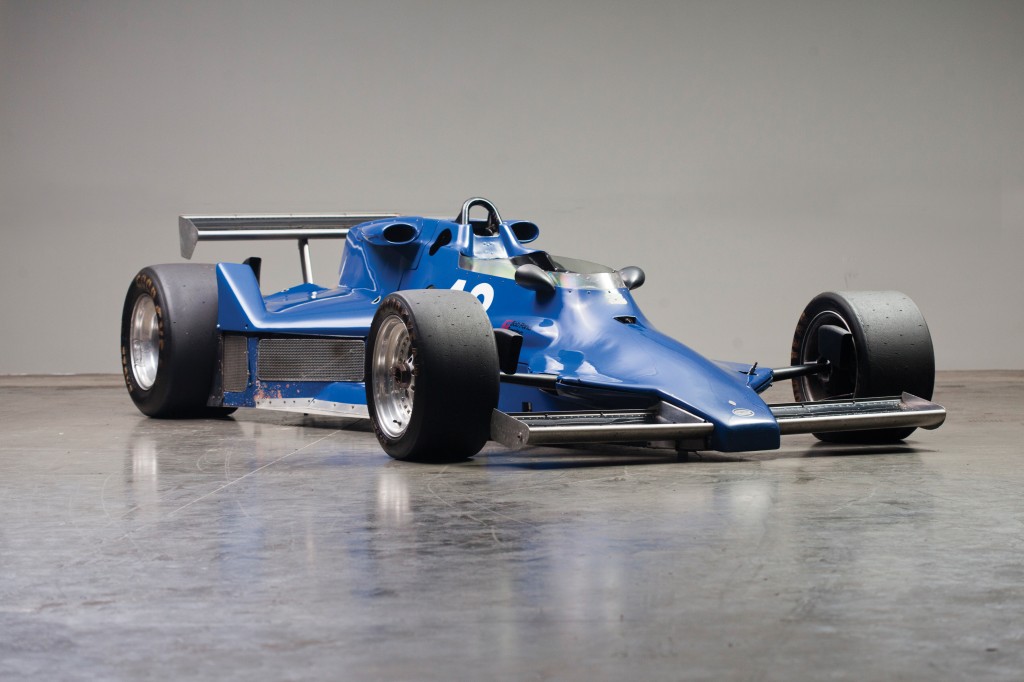 By 1981, Dan Gurney’s All American Racers had cemented their reputation at the fabled Brickyard in Indianapolis. Following Bobby Unser’s first win in an Eagle in 1968, Gordon Johncock finished 1st at the Indianapolis 500 in 1973, and Bobby Unser and AAR returned to the top of the podium in 1975. The 1981 year would signal a change for AAR Eagles, as the cars would boast naturally aspirated engines, from either Chevrolet or Cosworth, instead of the turbocharged engines of past. 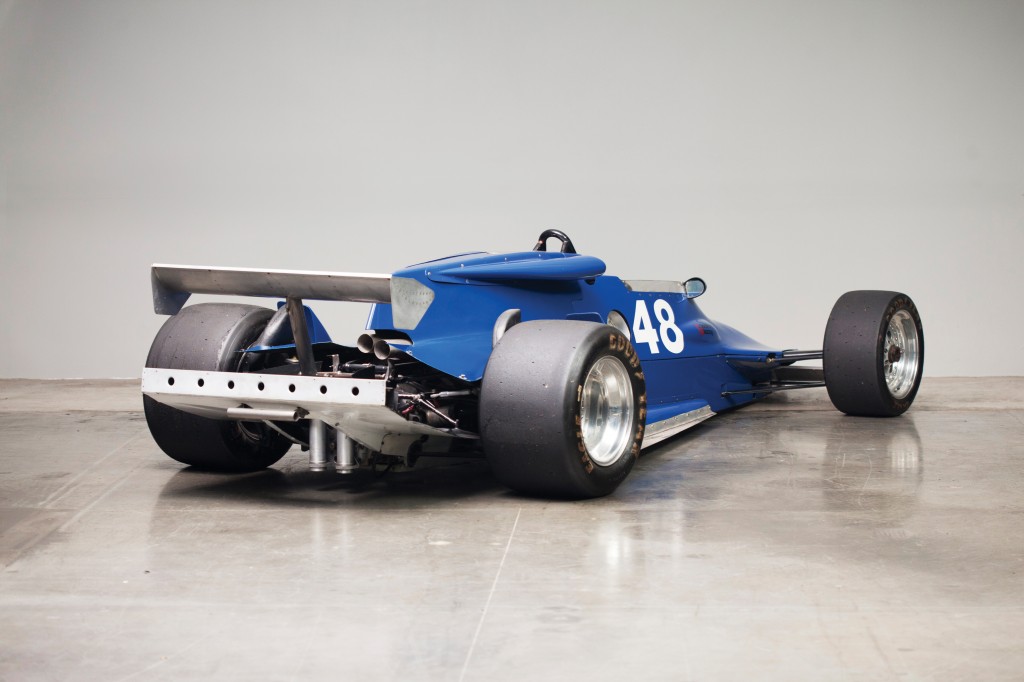 The Chevrolet-powered 1981 example presented here, chassis 8104, was delivered new to retailing magnate and motorsports team owner John Menard, who campaigned it in the CART series. The car was first raced at Watkins Glen in 1981, where it was driven by Herm Johnson, the 1977 Formula Super-Vee champion. The following race was in Mexico City, where Johnson placed 8th, and he rounded out the season by finishing 9th in Phoenix. After racing again at Phoenix and Atlanta early in the 1982 season, the car’s last professional competition would be at the 1982 Indianapolis 500, where it wore #28 and was driven by Herm Johnson. Chassis 8104 qualified at a speed of 195.929 mph and was placed 14th on the grid for the start. By the end of the race, Johnson had worked his way up to 9th, which was a very respectable finish in a highly competitive race. 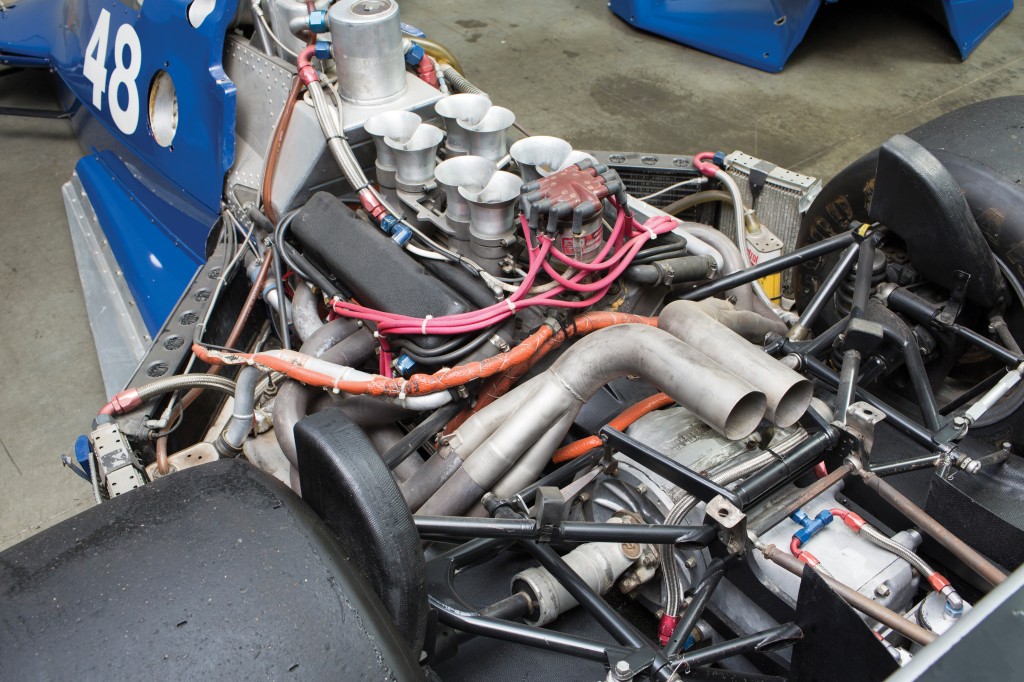 The car was purchased in 1989 by renowned sports car collector Thomas Mittler, of South Bend, Indiana, who lent the car to the Studebaker National Museum for display during the 1990 Studebaker festival. During Mittler’s ownership, the car was never raced and was always kept on static display. 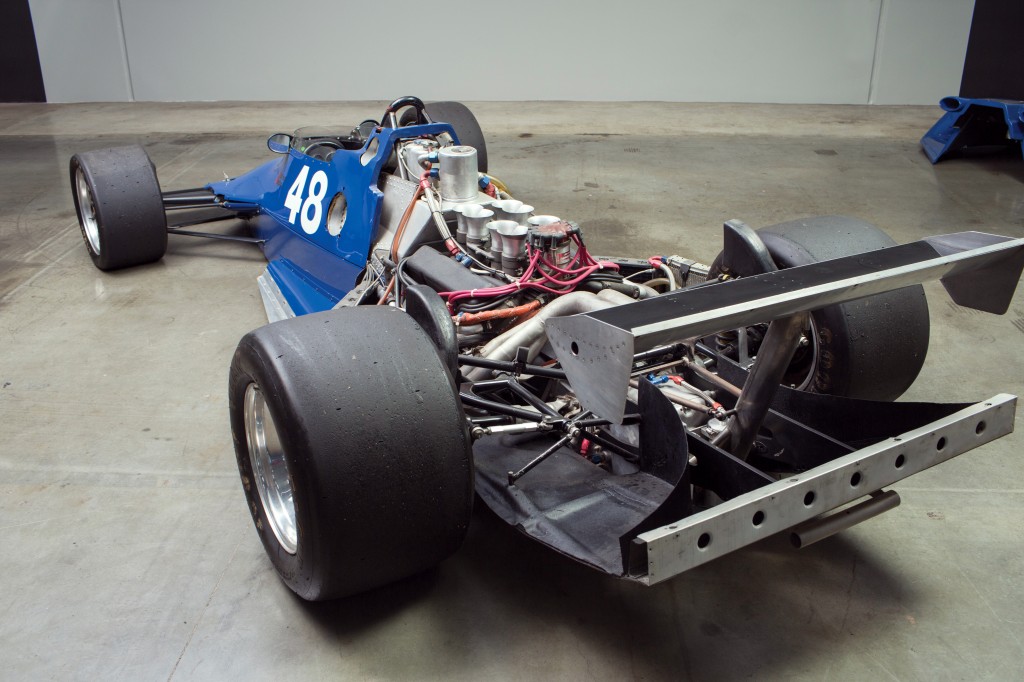 By 1993, the car had become part of the famed Pond Collection, and like his 1969 AAR Eagle-Santa Ana, this car was campaigned in vintage racing under the banner of Bob Pond Racing. According to documentation with the car, it was driven in the final round of the American IndyCar Series at Willow Springs International Raceway by former Shelby American employee and Nissan factory driver John Morton. Morton finished 2nd overall in the car on Saturday, and in the subsequent race the following day, Morton placed 1st overall, in what would be the final time chassis 8104 was campaigned under Pond’s ownership.